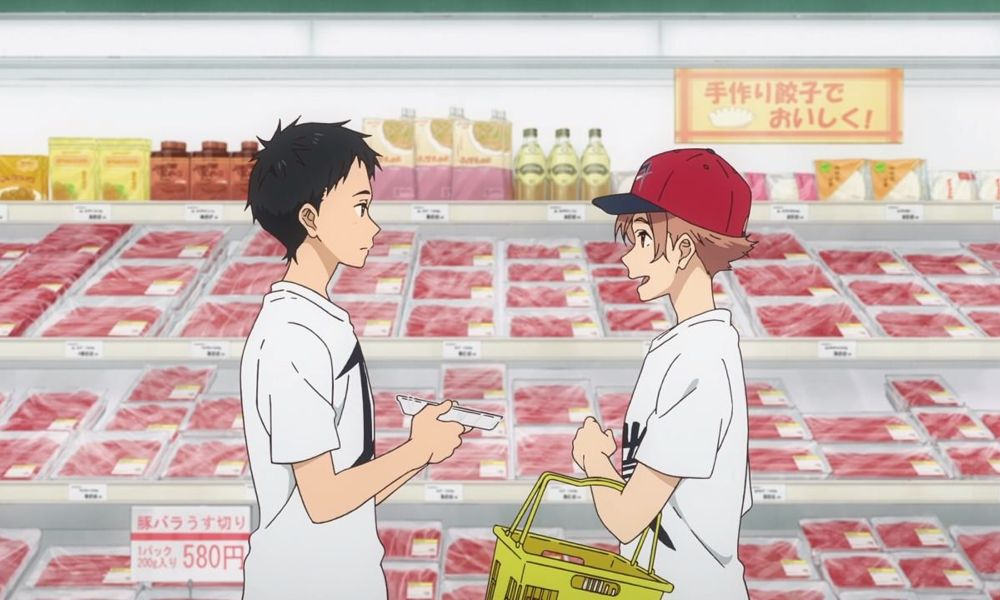 The suspect in the deadly arson attack on Kyoto Animation in 2019, Shinji Aoba, has revealed the specific scene in the high school archery club anime Tsurune that he believes was stolen from his story submission to the studio’s amateur writing competition. During the investigation into the tragic fire which claimed 36 lives, Aoba has stated that he wanted to kill as many people as he could. The 42-year-old was arrested in March of 2020 following a lengthy hospitalization for burns he sustained in the attack.

According to Kyoto Shimbun, Aoba pinpointed the source of his murderous grievance, telling investigators: “The thing Kyoto Animation copied from me was the scene in Tsurune where the main characters buy discounted meat.”

The errand running scene takes place in episode 5, which aired eight months before the attack in November of 2018. It shows teammates Minato and Nanao going to buy food for the archery club’s training retreat. Minato suggests buying meat that’s near its expiration date to save money, Nanao is impressed by this savings hack, Minato tells him he’s used to working with a small family grocery budget … The scene lasts under two and a half minutes.

The studio had previously confirmed that it had received a submission to its writing competition from Aoba but that his piece had been set aside after the first round of judging and had “no similarity to any Kyoto Animation works.”

It was not reported whether the bargain meat scene was included in the submission, but as SoraNews24 and other well versed anime outlets have pointed out, both the everyday action of the scene and the revealing-a-character’s-unexpected-qualities trope are quite common within the genre.

Psychologists completed evaluation of Aoba in December, declaring him mentally fit to be prosecuted to the full extent of the law — which in Japan includes the possibility of the death penalty.

KyoAni announced it was working on a Tsurune feature film in October.