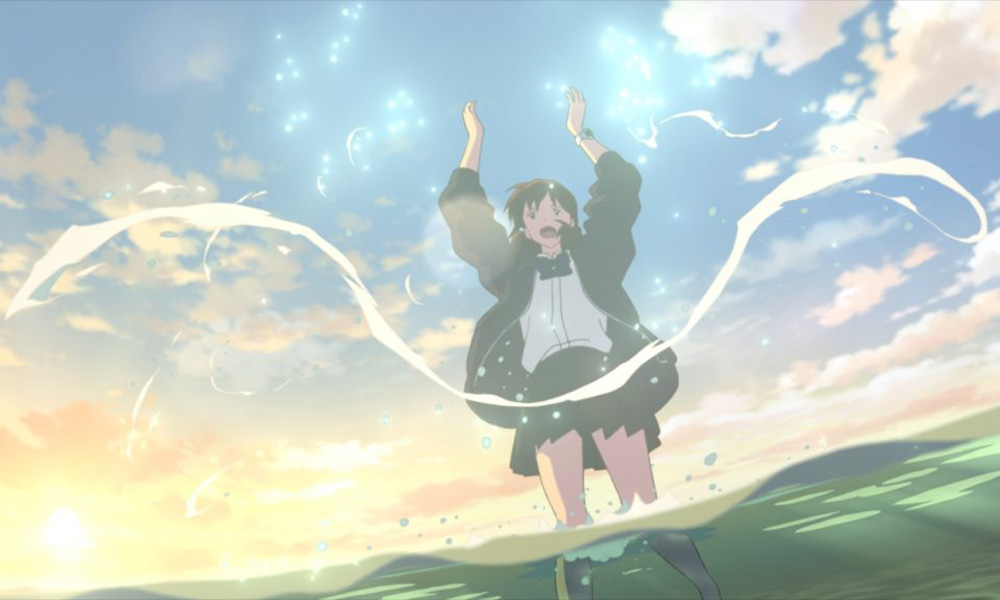 I Want to Eat Your Pancreas

I Want to Eat Your Pancreas

Based on a light novel by Yoru Sumino that has already been adapted as a manga and a live-action feature, I Want to Eat Your Pancreas (2018) is the teary tale of an ill-fated romance.

When the Narrator (Robbie Daymond) goes to the local hospital for a routine procedure, he finds a notebook on floor. It’s a diary, ominously entitled “Living with Dying.” As he thumbs through the book, the author arrives to reclaim it: upbeat Sakura Yamauchi (Erika Harlacher) from his high school class. The diary reveals that she’s suffering from an insidious pancreatic disease and hasn’t long to live. The Narrator is the first person to learn about her condition. She hasn’t told her friends, because she doesn’t want them to treat her differently: Being pitied or coddled would only make her limited time drearier.

Her secret is certainly safe with the Narrator, a character so alienated and introverted, he doesn’t even have a name until the film is nearly over. But he doesn’t really need a name; nobody would use it. He has no friends and talks to no one — all he does is sit and read.

Because he can keep her secret, Sakura decides he’s the ideal person to help her realize many items on her bucket list. More importantly, he can also give her the two things she most desires: the truth and a normal teenage life. Everyone else can provide one or the other, but not both. Initially, the Narrator refuses to go along with her plans. He prefers living in his accustomed isolation. But Sakura persists and bullies him into the first of many outings.

Their classmates, who’ve never so much as acknowledged the Narrator’s existence, are suddenly curious. The guys want to know why he’s spending so much time with a girl as pretty as Sakura — are they dating? Sakura’s girlfriends, led by her thoroughly unpleasant best friend Kyoko (Kira Buckland), insist she can do better than “that loser.”

The mismatched pair slowly bonds. Sakura has found the companion she’s needed, someone she can do seemingly ordinary things with, from snacking at a fancy pastry shop to watching fireworks on a summer night, and who can visit her in the hospital without attracting anyone’s attention. The Narrator loyally guards her secret and begins to enjoy their excursions in spite of himself. Although he tries to resist, Sakura drags him out of his shell and into the world.

Near the end of the film, Sakura tells the Narrator her favorite book is one he hasn’t read: Antoine de Saint-Exupéry’s The Little Prince. Sumino and the filmmakers clearly see a parallel: The Narrator, like Saint-Exupéry’s title character, learns that his Rose is more precious than all the other roses in the world because of the time he spent caring for her, listening to her “when she complained and when she flattered herself and even, sometimes, when she was quiet. Because she is my Rose.”

The Narrator finally reveals his name is Haruki Shiga, and the kanji characters can be read as “tree in spring,” a link to Sakura’s name, which means “cherry blossom.” Haruki reflects on that additional link after Sakura’s death, when he discovers that she felt she benefited from their relationship as much as he did.

As the Narrator/Haruki, Daymond manages to make his character seem uninteresting, yet likable; Harlacher conveys Sakura’s boundless enthusiasm without becoming cloying. But I Want to Eat Your Pancreas has some problems. Director Shin’ichirō Ushijima’s very talky screenplay makes the Narrator and Sakura singularly articulate teenagers, who can discuss life, death and the need for interpersonal connection at great length. The story drags at the end, when Haruki reads Sakura’s account of how she came to care for him.

At times, I Want to Eat Your Pancreas feels like the anime equivalent of an old three-hanky movie. But a viewer would have to be pretty hardhearted not to be touched the unhappy fate of Sakura and Haruki.

In February, I Want to Eat Your Pancreas played in 400 theaters across the US, with a pre-show program by the National Pancreas Foundation that presented information about related diseases and the services available for patients, in hopes of raising awareness. Plans to release of the film on video have yet to be announced.