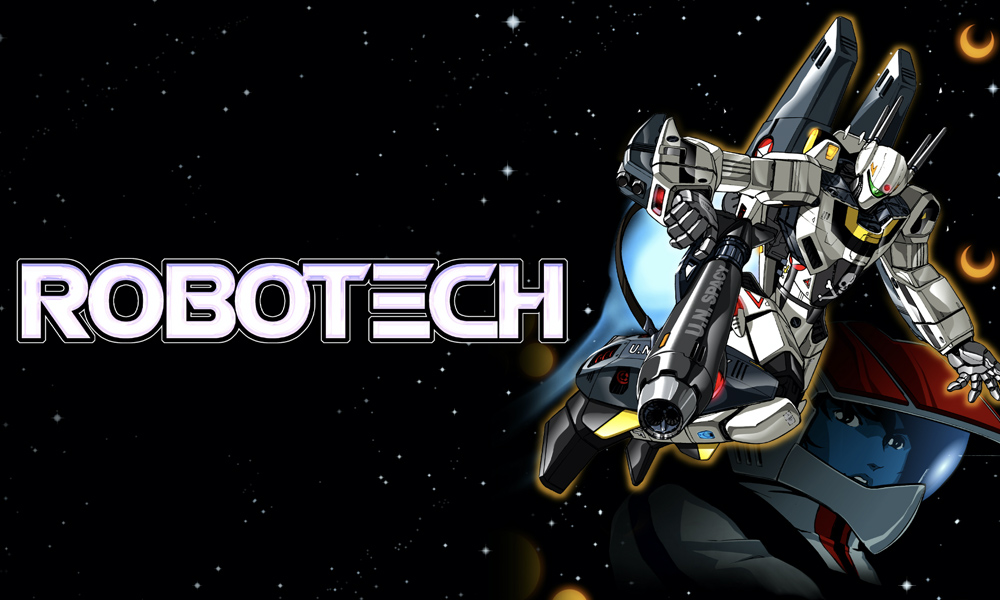 Robotech, the classic Japanese animated series that helped pique Western audiences’ interest in anime, is ready to be reintroduced to today’s viewers. The space opera epic of humans defending their homeworld against alien domination is set to arrive on the Funimation streaming service later this fall.

Produced by Harmony Gold and Tatsunoko Productions, the action-adventure series Robotech introduced an entire generation of viewers to anime when it first premiered in 1985 and, to this day, has a thriving and extensive fan base around the globe.  Funimation will be premiering 85 episodes of the series — told over three sagas — this fall on its streaming service worldwide (except Japan) and will debut a collector’s edition box set on Blu-ray in Dolby Digital on September 28 and through a series of licensed product partnerships.

Robotech is told through the eyes of characters caught up in a series of wars that erupts when a mysterious spacecraft crash-lands on Earth. Only through unlocking the secrets of Robotechnology do they have any hope of surviving. The sprawling series helped bring the anime craze worldwide, being full of engaging drama, genuine relationships, and forward-thinking ideas. 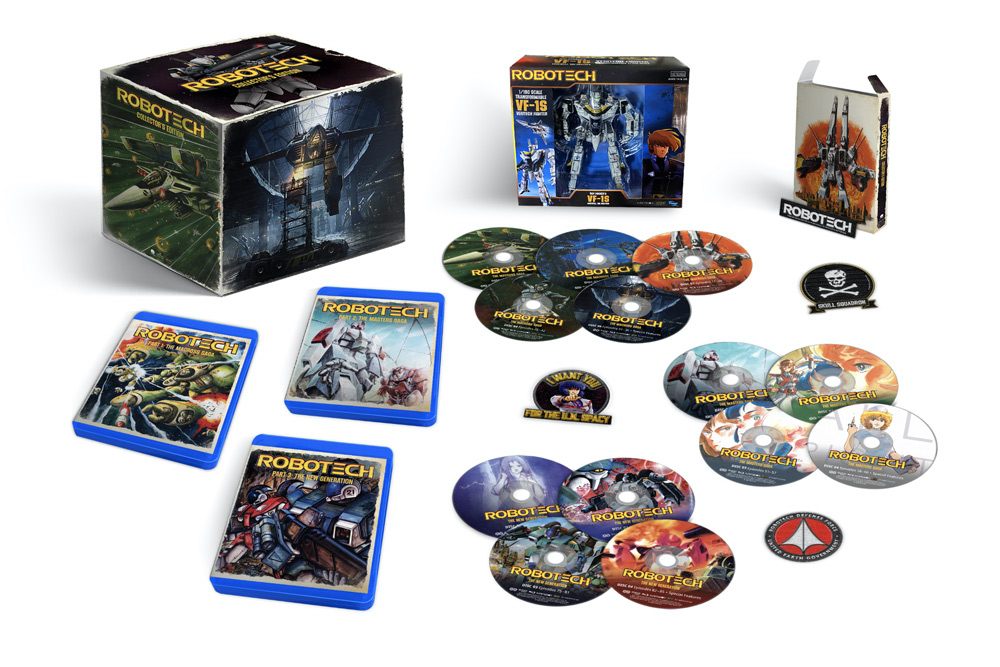 The home entertainment collector’s edition, available exclusively on Funimation Shop, contains all 85 episodes of the series, all remastered for the first time on Blu-ray. The remastering will be faithful to the preceding DVD box set release and retain a classic “film grain.” With its retro packaging design, the collector’s edition also includes: an exclusive Variant Transforming Robotech — Roy Fokker’s VF-1S;  an exclusive Variant Action Figure — Roy Fokker in Pilot Uniform Variant Shade of Black; and a series of Robotech embroidered patches. It’s the first time and truly one-of-a-kind dual packaging of the Transforming Robotech and action figure.

Since Robotech premiered, the action-adventure sensation shaped an entire generation of anime fans. Since then, it’s grown into a global phenomenon, spawning films, toys, games, and much more. Funimation now has rights to merchandise and bolstering the franchise at retail with expanded programs, and will begin to roll out these products this summer, including the new Robotech game on Switch (Robotech Macross Saga HD) and WAX’s Robotech Series 1 NFTs that released on the digital blockchain.

“Robotech is a beloved series and an integral part of anime history,” said Mitchel Berger, Funimation Global Group’s Senior Vice President of Commerce. “It’s a wonderful opportunity to engage the original passionate fans from decades ago and also expose a whole new generation to this classic series.”

Annecy: Special Prizes of the 2021 Festival
Exclusive: Viva Kids Chases Down US Rights to ‘Cow on the Run’