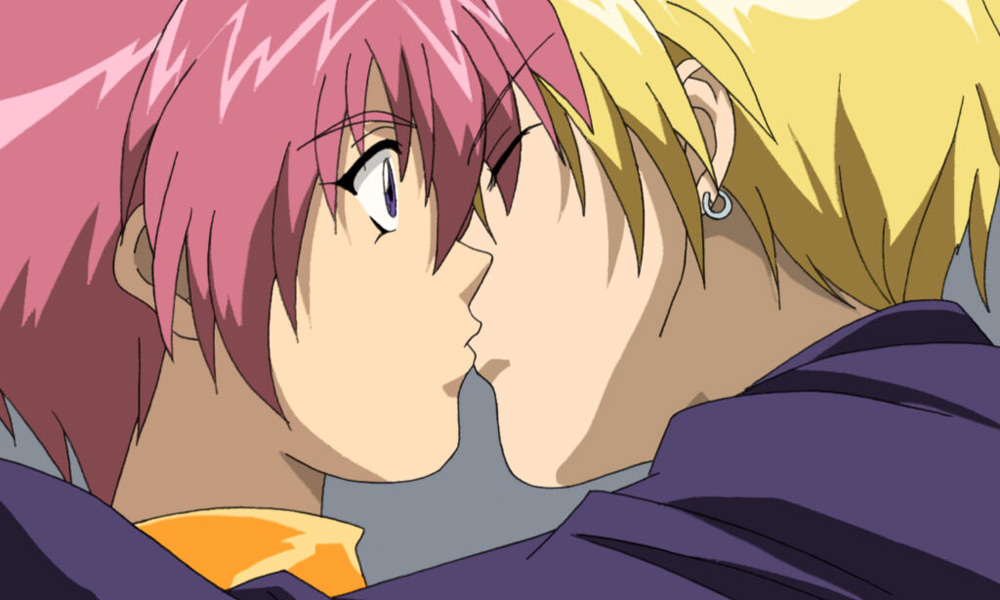 Based on a popular manga by Maki Murakami, Gravitation (2000) epitomizes the curious genre of shounen-ai or “boys’ love”: gay-themed romances created by women for female audiences. The best-selling manga inspired a two-part OVA adaptation by Plum, Animate Film, SPE Visual Works, Sony Magazines and Movic, which aired in 1999, and a 13-part TV series directed by Bob Shirohata and produced by Studio Deen, SME Visual Works and Sony Magazines in 2000.

In this popular manga and animated series, mercurial high school senior Shuichi Shindou (Rich McNanna) dreams that his garage band Bad Luck will propel him and his best friend Hiroshi Nakano (Daniel Kevin Harrison) to stardom. While he’s sitting in a park, trying to finish the lyrics to a new song, a breeze carries the paper into the hand of brooding novelist Eiri Yuki (Rome Elliot). He dismisses the half-finished song as the juvenile output of a no-talent. Shuichi is crushed, but he’s also intrigued by the ultra-cool Yuki. He follows the writer home, talks with him and falls for him.

Shuichi’s pursuit of Yuki plays against the behind-the-scenes story of Bad Luck being groomed by the former leader of the legendary group Nittle Grasper, who inspired Shuichi to become a musician. The band members prepare for their first concerts and the release of their first single under the erratic direction of their pistol-packing American manager. As Bad Luck’s popularity skyrockets, Taki of the rival band ASK, has Shuichi beaten, then blackmails him, threatening to expose his relationship with Yuki.

Things grow even more complicated with the arrival of Ayaka (Rachael Lillis), the fiancée Yuki’s family has chosen for him. Yuki refuses to have anything to do with the arrangement, although he’s reportedly had myriad flings with women. Hiroshi (who often provides a badly needed voice of sanity) and Ayaka are drawn to each other.

Despite the many entanglements and sub-plots, the center of the story remains the romance between Shuichi and Yuki. Crucially, neither character identifies as gay. After they meet, Shuichi tells Hiroshi, “I don’t like him, he’s a guy,” while Yuki growls, “I have no intention of dating other men.” A little later, he concedes, “A lot of people have tried to claim me for themselves. Truth is, what they thought they wanted wasn’t really me. It was just my money or my talent or my sex. But you … you’re different.”

Hiroshi asks, “If you love someone, what difference does it make if it’s a guy or a girl?” While Yuki’s brother (who tried to put the moves on Shuichi) shrugs, “The person you happened to fall for turned out to be Bro.” Yuki and Shuichi never go beyond a kiss and a cuddle on screen, but that’s enough to keep the target audience’s motors revving.

Unlike some other shounen-ai fantasies in which the guys are more evenly matched in size, maturity, intelligence, etc., Shuichi is very much the junior partner, and acts as a sort of substitute high school girlfriend. He goes gaga over anything that could be interpreted as an affectionate word or gesture. It’s not always clear what he sees in Yuki, who remains moody, dismissive and sullen. When he tells Shuichi, “I’ll belong to you. I’ll be your lover,” his voice sounds like it’s being chipped off a block of ice. In contrast, Shuichi shifts easily from repentant stumblebum to adoring boyfriend to charismatic performer.

A standard anime trope is to draw characters who act childishly in a simplified style that reflects their behavior. It feels especially appropriate for the over-the-top emotions in Gravitation. In Episode 6, when Yuki’s sister and Shuichi trade embarrassing stories about how sensitive the writer is underneath his spikey shell, Shuichi frolics about in a baggy puppy costume. (Until Yuki gets fed up and throws them out; then Shuichi shivers in his tank top.)

The even less substantial two-part OVA Gravitation: Lyrics of Love (1999) predates the broadcast series, although it takes place within the same story. Yuki’s increased coldness leaves Shuichi wrestling with writer’s block and depression, but things get sorted out in time. Lyrics of Love offers more self-conscious slapstick than the series, with lots of asides to the audience.

The dreamy, feathery romances in Gravitation and other shounen-ai series are very different from the unabashedly sexual and often raunchy antics in the manga created by and for gay men in Japan. But for teenage girls in a society that remains repressive and restrictive, Yuki and Shuichi offer a fantasy that feels warm, reassuring — and safe. 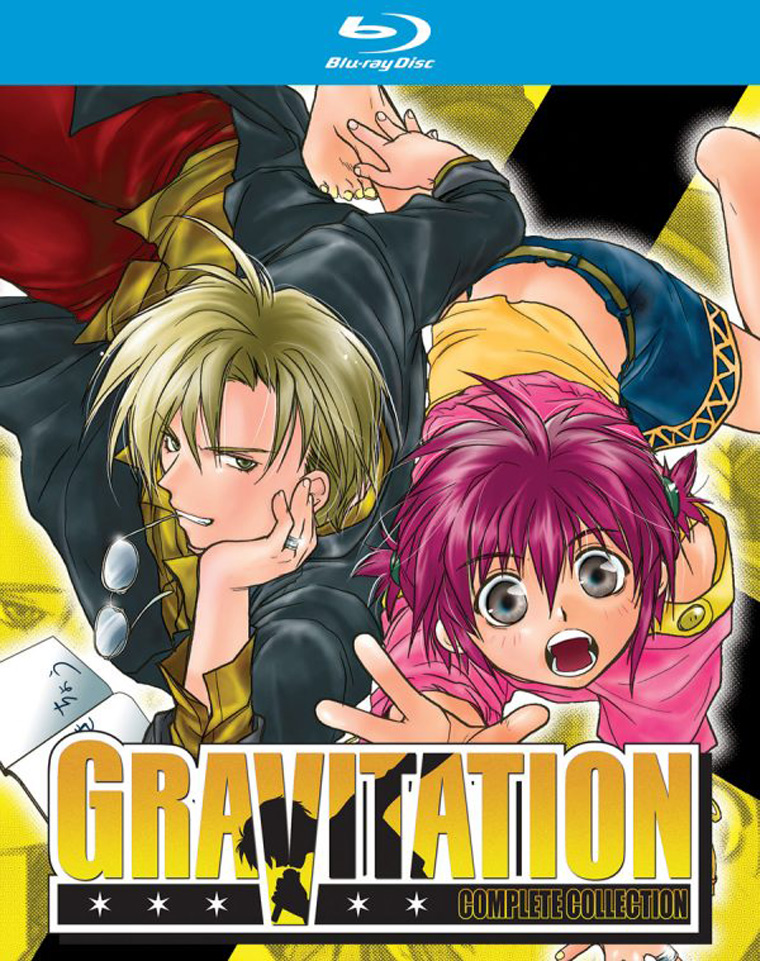