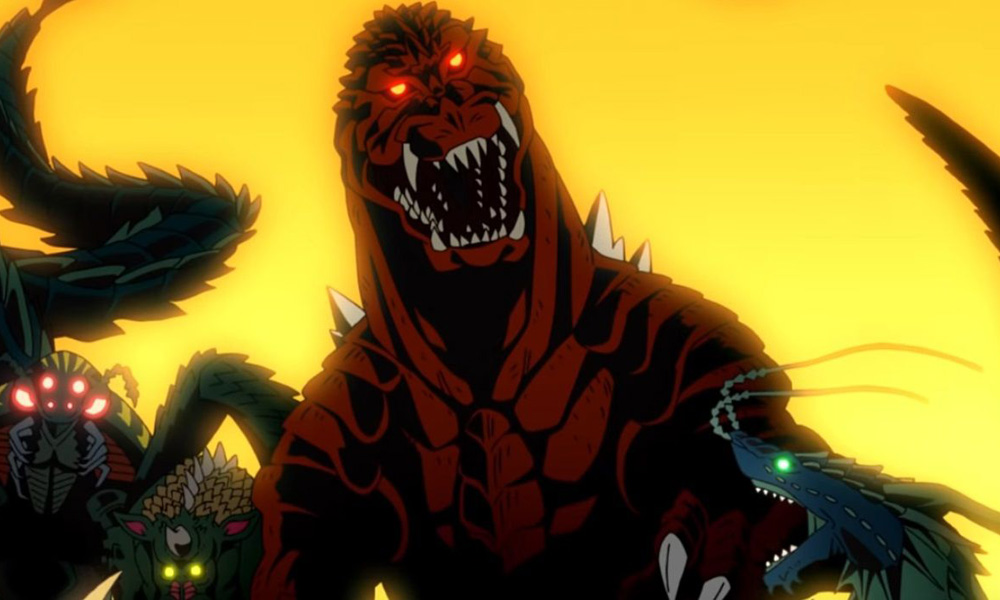 Following its successful Japan and Mexico releases, the highly-anticipated, 13-episode anime series Godzilla Singular Point is making its global premiere June 24 on Netflix. Following the success of the anime films Godzilla: Planet of the Monsters, Godzilla: City on the Edge of Battle and Godzilla: The Planet Eater, the all-new original series is directed by Atsushi Takahashi (Doraemon the Movie 2017: Great Adventure in the Antarctic Kachi Kochi).

Brought together by a mysterious song, a grad student and an engineer lead the fight against an unimaginable force that may spell doom for the world… Godzilla Singular Point is an original anime series featuring character designs by Blue Exorcist’s Kazue Kato and a new Godzilla design from legendary Ghibli animator Eiji Yamamori.

In addition to director Takahashi, the creative team includes Kan Sawada, composer for countless Doraemon films and series such as Yowamushi Pedal; Japanese science-fiction novelist Toh Enjoe, making his TV debut as editor and writer for the series; Kazue Kato, creator of the hit comic Blue Exorcist (currently serialized in Jump Square), will serve as the character designer; and animator Eiji Yamamori, who has worked on Studio Ghibli films including Princess Mononoke, Spirited Away and The Wind Rises, will do the Kaiju design.