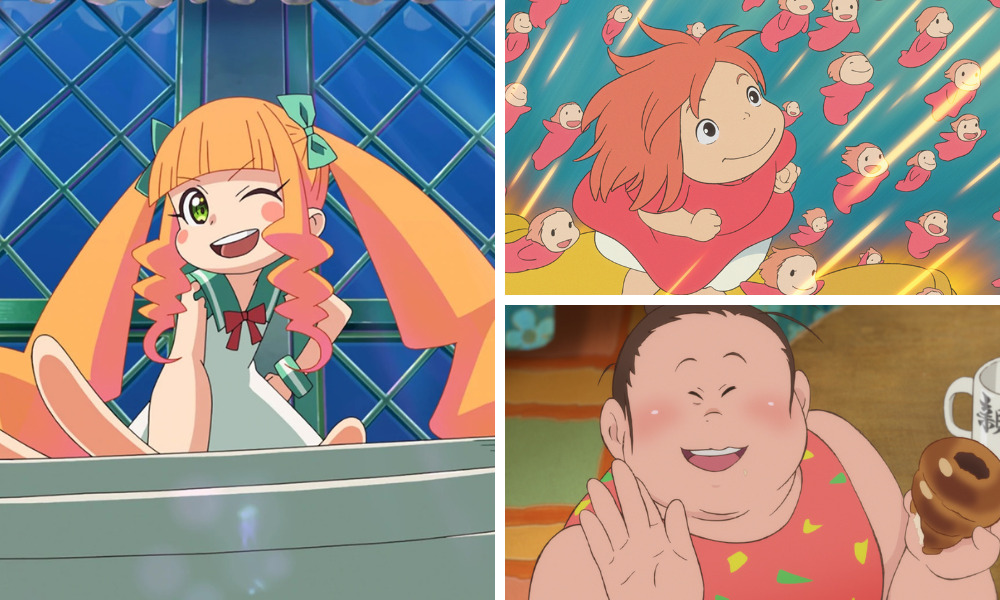 A rollicking, exuberant ode to the power of the movies, the critically acclaimed animated feature Pompo the Cinephile will make its home entertainment debut on digital platforms June 28 and as a Blu-ray + DVD Combo Pack on July 12 from GKIDS, distributed from Shout! Factory, with numerous bonus features! Pre-order now at ShoutFactory.com or GKIDS.com. 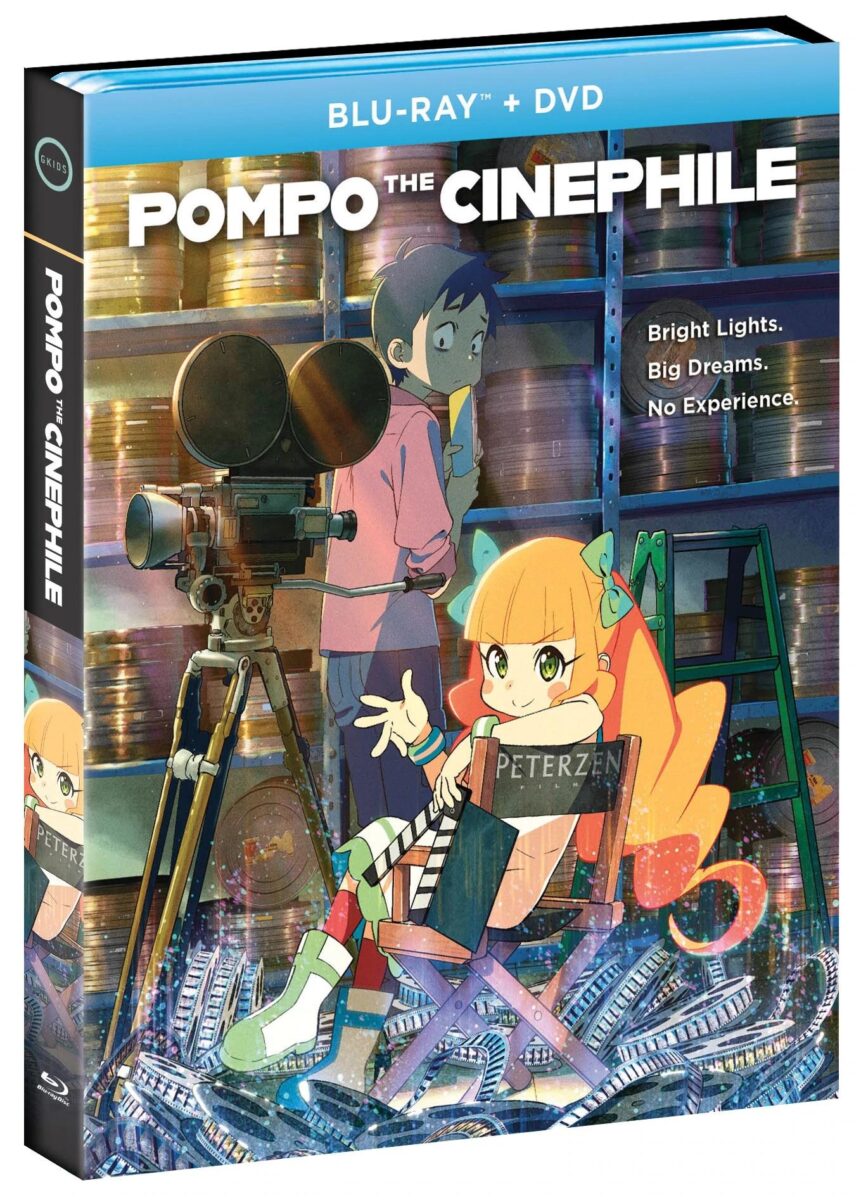 Based on the popular manga series by Shogo Sugitani, Pompo the Cinephile made its North American premiere at Fantasia (nominated for the Satoshi Kon Award) and screened at Sitge, Sydney and Animation Is Film before being nominated for Best Independent Feature at the 49th Annual Annie Awards.

Synopsis: Pompo is a talented and gutsy producer in “Nyallywood,” the movie-making capital of the world. Although she’s known for B-movies, one day Pompo tells her movie-loving but apprehensive assistant Gene that he will direct her next script: a delicate drama about an aging and tormented creative genius, starring the legendary and Brando-esque actor Martin Braddock, and a young actress seeking her first break. But when the production heads towards chaos, can Gene rise to Pompo’s challenge, and succeed as a first-time director?

Tickets are on sale now for screenings of Hayao Miyazaki’s cherished feature Ponyo, the second film in the lineup for Studio Ghibli Fest 2022 — GKIDS and Fathom Events proudly continue their collaboration this year to deliver a slate of seven timeless animated classics from the legendary Studio Ghibli to U.S. cinemas. 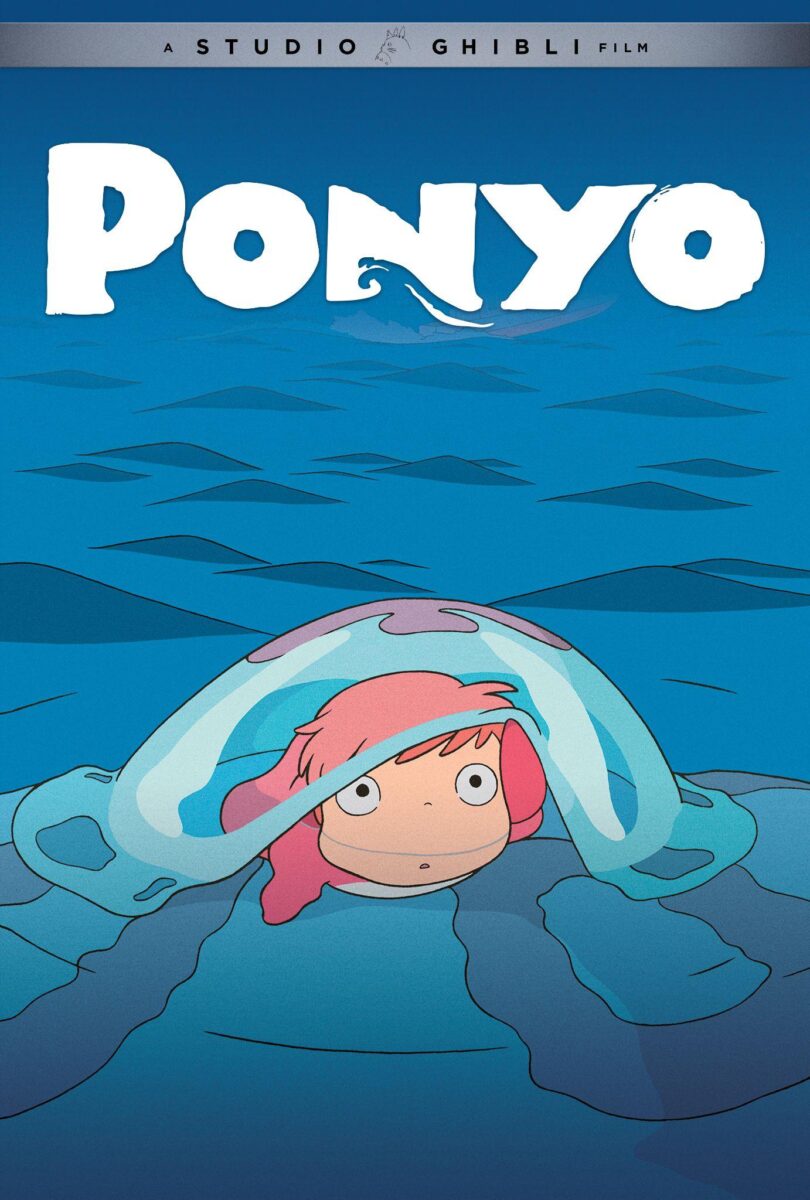 The film will be shown in both original Japanese and English dubbed versions. In addition to the full feature, audiences will get to view an all-new selection of exclusive footage from the 2005 documentary Hayao Miyazaki and the Ghibli Museum, available to view for the first time outside of Japan.

Tickets for Ponyo and the rest of Ghibli Fest 2022 can be purchased online by visiting GhibliFest.com, FathomEvents.com, or at participating theater box offices (subject to change).

Tickets are also on sale for fan preview events for Fortune Favors Lady Nikuko, the latest feature from lauded Studio 4°C (Children of the Sea, Tekkonkinkreet, Mind Game, MFKZ), and esteemed director Ayumu Watanabe (Children of the Sea). Presented by GKIDS in partnership with Fathom Events, the engagement will run at cinemas nationwide on Thursday, June 2, followed by a limited theatrical release by GKIDS starting June 3. 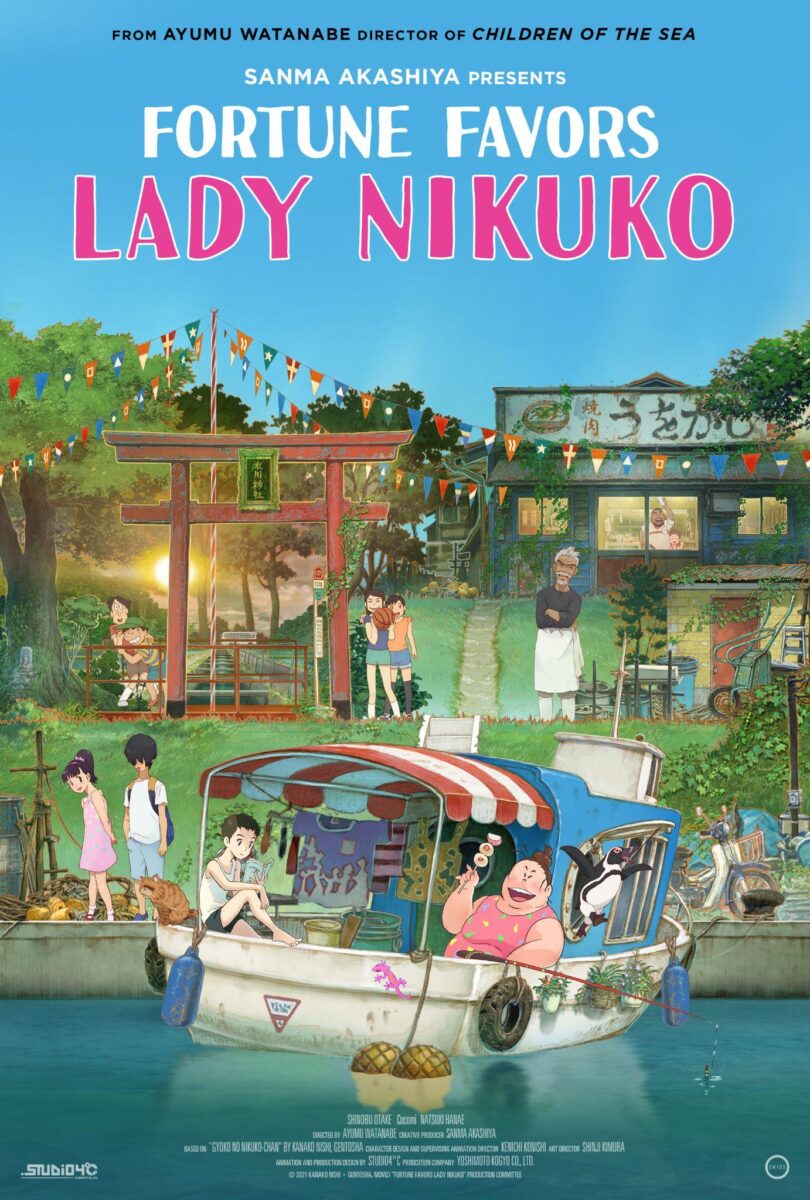 Exclusive to the Fathom Events screenings, on addition to the full feature, audiences will see an introduction to the film by Watanabe and creative producer Sanma Akashiya, as well as the theatrical debut of GKIDS’ latest acquisition, the all new anime short series Deji Meets Girl, from director Ushio Tazawa.

Tickets available at FathomEvents.com, NikukoMovie.com and participating theater box offices (subject to change); on-sale date may vary based on location, so check back often.

Synopsis: Brash single mother Nikuko is well-known for her bold spirit, much to the embarrassment of Kikuko, her pensive yet imaginative daughter. In contrast to her mother, Kikuko wants nothing more than to fit in as she navigates the everyday social dramas of middle school. Life in the harbor is peaceful until a shocking revelation from the past threatens to uproot the pair’s tender relationship.