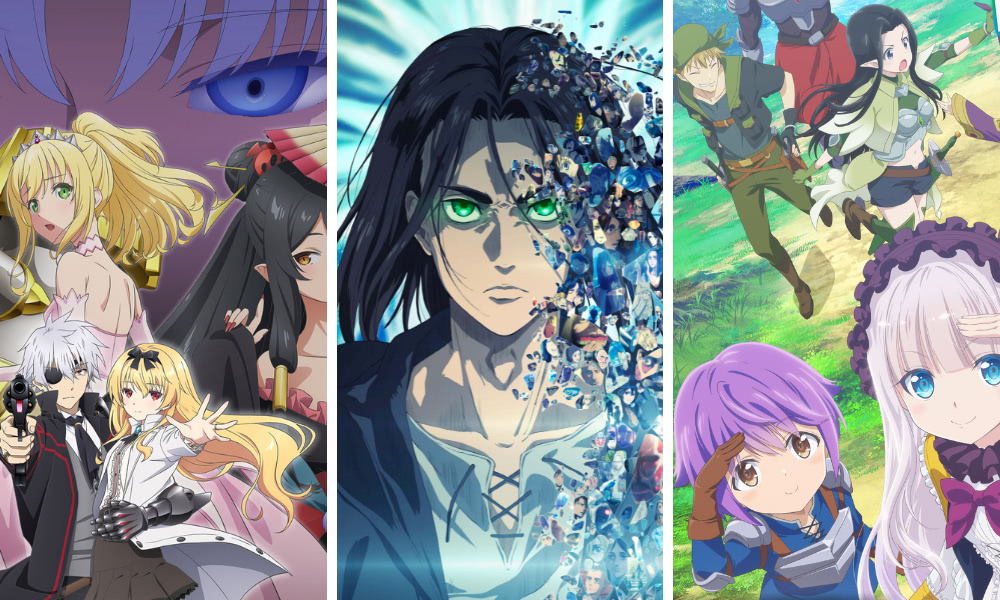 Leading anime outlet Funimation will be ringing in the New Year with more than 20 exciting new and returning series to its streaming platform. Simulcasts from Japan will include Attack on Titan Final Season Part 2, The Case Study of Vanitas, Sabikui Bisco, Arifureta: From Commonplace to World’s Strongest Season 2, My Dress-Up Darling and Tribe Nine among many other highly anticipated anime titles, which will be subtitled and dubbed. Expect more details and series to be announced soon.

Tokyo 24th Ward – Enter the 24th Ward, a man-made island inside Tokyo Bay. Three of its inhabitants: Shuta, Ran, and Koki, have been best friends since childhood, but after a deadly incident, everything changed. A year later, reunited for the first time, they receive a mysterious phone call. On the other line is a familiar voice — from a friend who’s supposed to be dead. Together, they’ll have to save their home.

My Dress-Up Darling – High schooler Wakana Gojo cares about one thing: making Hina dolls. With nobody to share his obsession, he has trouble finding friends — or even holding conversation. But after the school’s most popular girl, Marin Kitagawa, reveals a secret of her own, he discovers a new purpose for his sewing skills. Together, they’ll make her cosplay dreams come true!

How a Realist Hero Rebuilt the Kingdom Part 2 – Suddenly summoned to a fantasy world and betrothed to the princess, Kazuya Souma is crowned the new king after providing the royal family with impressive advice. To rule the kingdom, he’s taking the nontraditional (and very human) route of administrative reform. In a realm of dragons and elves, will this revolutionary’s unique path prove effective? (Official Trailer)

Akebi’s Sailor Uniform – It’s Komichi Akebi’s first year of junior high and she has her heart set on one thing: Robai Private Academy’s sailor uniform. As the next chapter of her life gets closer, she dreams of all the exciting new experiences she’ll get to have — school lunches, classes, club activities, and of course, making lots of friends! With her favorite outfit on, Komichi feels ready for anything. 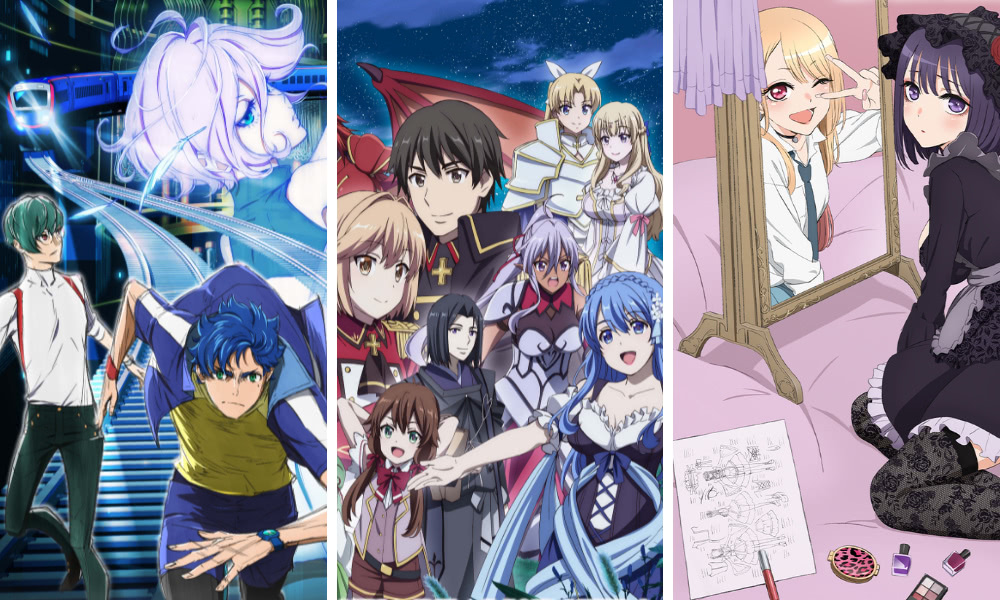 Attack on Titan Final Season Part 2 – The war for Paradis zeroes in on Shiganshina just as Jaegerists have seized control. After taking a huge blow from a surprise attack led by Eren, Marley swiftly acts to return the favor. With Zeke’s true plan revealed and a military forced under new rule, this battle might be fought on two fronts. Does Eren intend on fulfilling his half-brother’s wishes or does he have a plan of his own? (Official Trailer)

Sasaki and Miyano – FUNIMATION EXCLUSIVE – It all started like a typical old-school boys’ love plotline — bad-boy senior meets adorably awkward underclassman, one of them falls in love, and so on and so forth. But although Miyano is a self-proclaimed boys’ love expert, he hasn’t quite realized…he’s in one himself. Which means it’s up to Sasaki to make sure their story has a happily ever after…!

Fantasia Sango – Realm of Legends – FUNIMATION EXCLUSIVE – When the Three Kingdoms are ravaged by demons and monsters, four heroes with little in common must unite to fight the realm’s most vicious enemies. Together the heroes unveil an insidious conspiracy while sharing the joys and sorrows of battling a mysterious organization intent on tearing them and the kingdoms apart.

Tribe Nine – FUNIMATION EXCLUSIVE – In Neo Tokyo, disillusioned youth form tribes that battle each other in an intense sport called Extreme Baseball. One night, two kids – Haru Shirogane and Taiga – meet the strongest man in the world, Shun Kamiya. Together the three join forces to play this cutthroat game against a mysterious man who has begun taking control of all the tribes. Can they defeat him before it’s too late? (Official Trailer)

Sabikui Bisco – Japan’s post-apocalyptic wasteland replete with dust can only be saved by one thing — fungus. Bisco Akaboshi, a wanted criminal and skilled archer, searches for a legendary mushroom, known as Sabikui, said to devour any and all rust. Joining him on this epic saga to save the country is a giant crab and a young doctor. Can this unlikely trio find the fabled fungi and save the land? 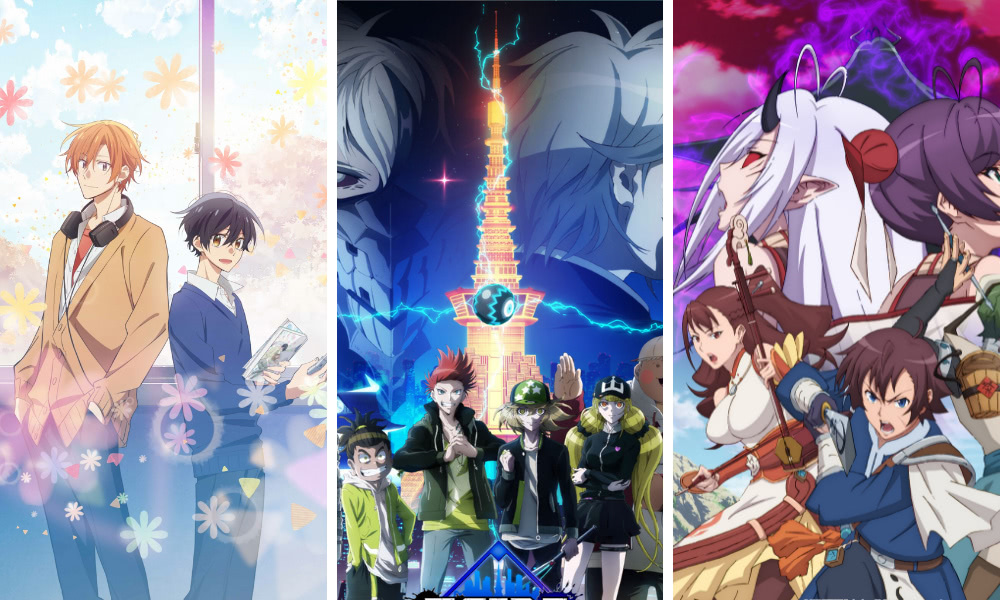 The Genius Prince’s Guide to Raising a Nation Out of Debt – FUNIMATION EXCLUSIVE – Once upon a time in a faraway land there lived a prince, a genius prince. The genius prince fought alongside his people and led them to a great many triumphs. However, truth be told, he just wants to let everything go and live in tranquility. (Official Trailer)

She Professed Herself Pupil of the Wise Man – FUNIMATION EXCLUSIVE – Kagami Sakimori plays as the great mage Danblf in his favorite MMO. He falls asleep after a night of testing new character appearances, but instead of waking up to a suspended game, he’s inside of Arch Earth Online—as a girl! Now named Mira, he must convince the game’s people that Mira is a pupil of Danblf, who vanished without a trace 30 years ago…and figure out how he got here. (Official Trailer)

Arifureta: From Commonplace to World’s Strongest Season 2 – Transported to another world and left behind by his former friends, Hajime had to make his rise from literal rock bottom. It was in the labyrinth where he strengthened his weak magic and found several beautiful allies. Now after saving his classmates, he ventures for Erisen to escort Myu and her mother. He’ll fight and defeat anyone he has to in order to find a way home — including a god! (Official Trailer)

The Case Study of Vanitas – It’s 19th-century Paris, and young vampire Noé hunts for the Book of Vanitas. Attacked by a vampire driven insane, a human doctor called Vanitas tempts Noé with a mad crusade to “cure” the entire vampire race. While allying with him may be dangerous, news reaches Vanitas that the Beast of Gévaudan has returned, and Noé is being brought along to investigate this phantom from the past.

Tales of Luminaria the Fateful Crossroad – Long ago, this land was home to beasts the size of mountains. People came to revere these mana-producing creatures, which they named “Primordial Beasts.” Time flowed ever onward, to the present day… War erupts between the Jerle Federation, an alliance of countries who worship the Primordial Beasts, and the Gildllan Empire, which has enjoyed explosive development thanks to advanced technology. The fires of war are stoked with each passing day. (Official Trailer) 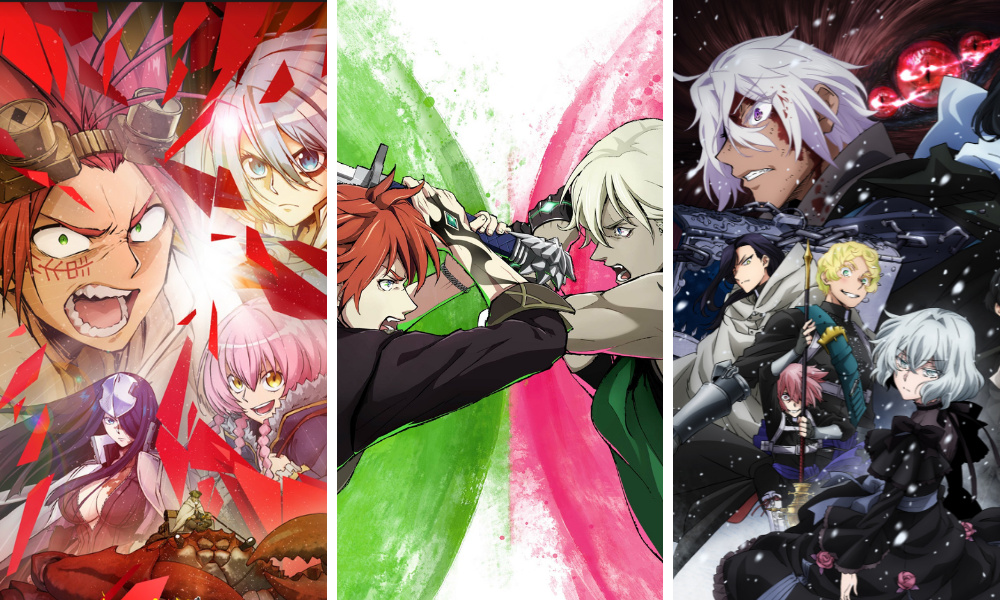 The Irregular at Magic High School: Reminiscence Arc  – April 2095. A century has passed since magic was established as actual technology. The two siblings enroll at a prestigious school for magicians called the National Magic University Affiliated First High School, better known as “Magic High School.” Tatsuya, the older brother, is an “irregular” with a fatal flaw to his magic powers. The younger sister, Miyuki, is a star student with unmatched magical talent. Though they are now close enough to be mistaken as a couple, just a few years ago, the two had a dysfunctional relationship, where they were nothing more than a master and servant. One incident, however, alters their relationship forever. Three years ago in Okinawa, an unforgettable experience turns their souls and destinies on their heads.

Lord El-Melloi’s II Case Files {Rail Zeppelin} Grace note -Special Episode- – A new TV special episode comes for the originally described TYPE-MOON series: Years after the Fourth Holy Grail War of Fate/Zero, Waver Velvet — the boy who fought alongside Iskandar, the King of Conquerors — has assumed the title Lord El Melloi II. In this position, he takes on myriad magical and mystical mysteries for the Clock Tower, the mecca of the magecraft world.

Yashahime: Princess Half-Demon–The Second Act – Long-lost twins Towa and Setsuna reunite after ten years to discover that they are the half-demon daughters of the great demon Sesshomaru. (Official Trailer)

Platinum End –  “I will give you the hope to live.” Kakehashi Mirai lost his parents in an accident and lived in misery with the relatives who took him in. Having lost hope in everything, he jumped off the roof of a building on the day of his middle school graduation. But then he met an angel… (<a href=”https://www.youtube.com/watch?v=M9GA5yxEG9g”>Official Trailer</a>)

Ranking of Kings – Unable to hear, speak, or wield a sword, Prince Bojji doesn’t seem like a typical heir to the throne—and his kingdom agrees. But his fateful encounter with Kage, a shadow on the ground, gives him his first true friend. The two set off on a grand adventure and, together, form a bond that can overcome any obstacle… even being king. (Official Trailer)

Demon Slayer: Kimetsu no Yaiba Entertainment District Arc –  After visiting the Rengoku residence, Tanjiro and his comrades volunteer for a mission within the Entertainment District, a place where desires are sold and demons dwell. They journey alongside the flashy Sound Hashira, Tengen Uzui, in search of a monstrous foe terrorizing the town. Sworn to slay creatures of the night, the hunt continues. (Official Trailer)

One Piece – Monkey D. Luffy refuses to let anyone or anything stand in the way of his quest to become king of all pirates. With a course charted for the treacherous waters of the Grand Line, this is one captain who’ll never drop anchor until he’s claimed the greatest treasure on Earth — the Legendary One Piece! (Official Trailer)