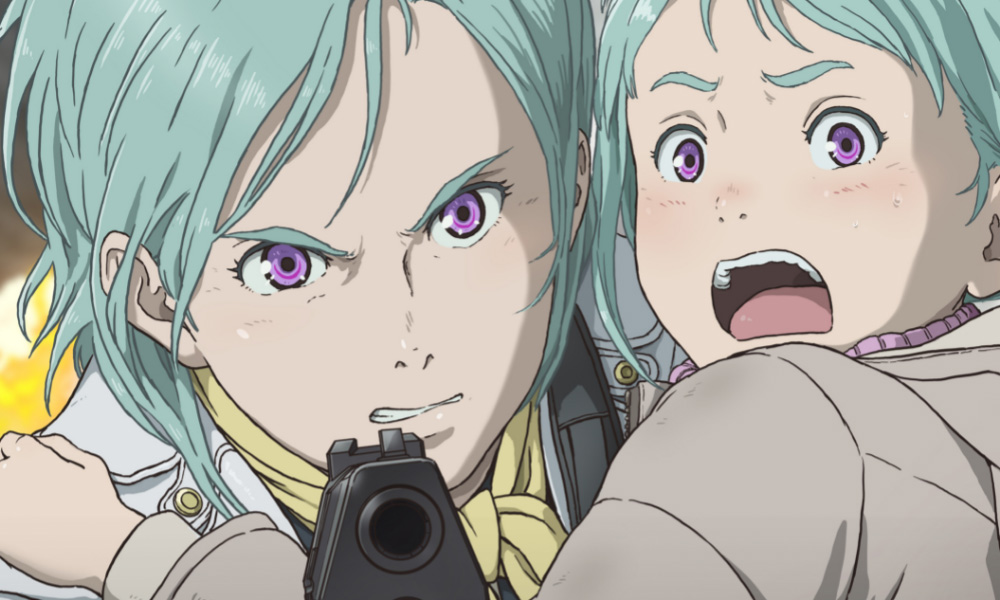 Funimation is releasing Eureka: Eureka Seven Hi-Evolution, the third and final installment in the film trilogy, for the revolutionary mecha franchise Eureka Seven in theaters in the U.S. and Canada, Australia and New Zealand in 2022. The company also updated fans that the previously announced Sing a Bit of Harmony will be in theaters in the U.S., Canada, U.K., Ireland, Australia and New Zealand January 2022.

Eureka: Eureka Seven Hi-Evolution is set after the events of the previous film. Eureka has lived alone in atonement for 10 years, hated by the world and blamed for the chaos that destroyed everything. In a fateful encounter, she receives an order to protect Iris, a new “Eureka,” who has the ability to produce Scab Corals. It’s a fateful meeting between the former Eureka, who has lost her powers, and Iris, who fears her powers. When Eureka is asked to put her life on the line as a new crisis arises, will Eureka have the strength to protect Iris and the world? Waiting for Eureka at the end of her final journey with Iris is “a girl’s end” and “a girl’s beginning,” where the future carved out by Hi-Evolution awaits.

Eureka Seven Hi-Evolution is directed by Tomoki Kyoda, written by Kyoda and Yuichi Nomura and produced by studio Bones. The third film once again features music by Naoki Sato.

Sing a Bit of Harmony tells the story of the beautiful and mysterious Shion (voiced by Tao Tsuchiya) who transfers to Keibu High School where she quickly becomes popular for her open-hearted personality and exceptional athletic talent… but she turns out to be an AI in the testing phase! Shion’s goal is to bring chronic loner Satomi (Haruka Fukuhara) “happiness.” But her strategy is something no human would expect: she serenades Satomi in the middle of the classroom. After finding out that Shion is an AI, Satomi and her childhood friend, engineering geek Toma (Asuka Kudo), steadily warm up to the new student. Along with the popular and attractive Gotchan (Kazuyuki Okitsu), the strong-willed Aya (Mikako Komatsu), and judo club member “Thunder” (Satoshi Hino), they become more and more moved by Shion’s singing voice and earnestness even as her antics bewilder them. But what Shion does for Satomi’s sake ends up involving them all in some serious pandemonium… Get ready for the heartwarming story of a not quite market-ready AI and her classmates!

Sing a Bit of Harmony is written and directed by Yasuhiro Yoshiura, who took home the “Excellence Award” at the Japan Media Arts Film Festival’s animation division for his work on Patema Inverted: Beginning of the Day, and the “Best Anime Award” at the Tokyo International Anime Fair’s OVA division for Time of Eve. The film is co-produced by Funimation, with animation production by J.C.STAFF. 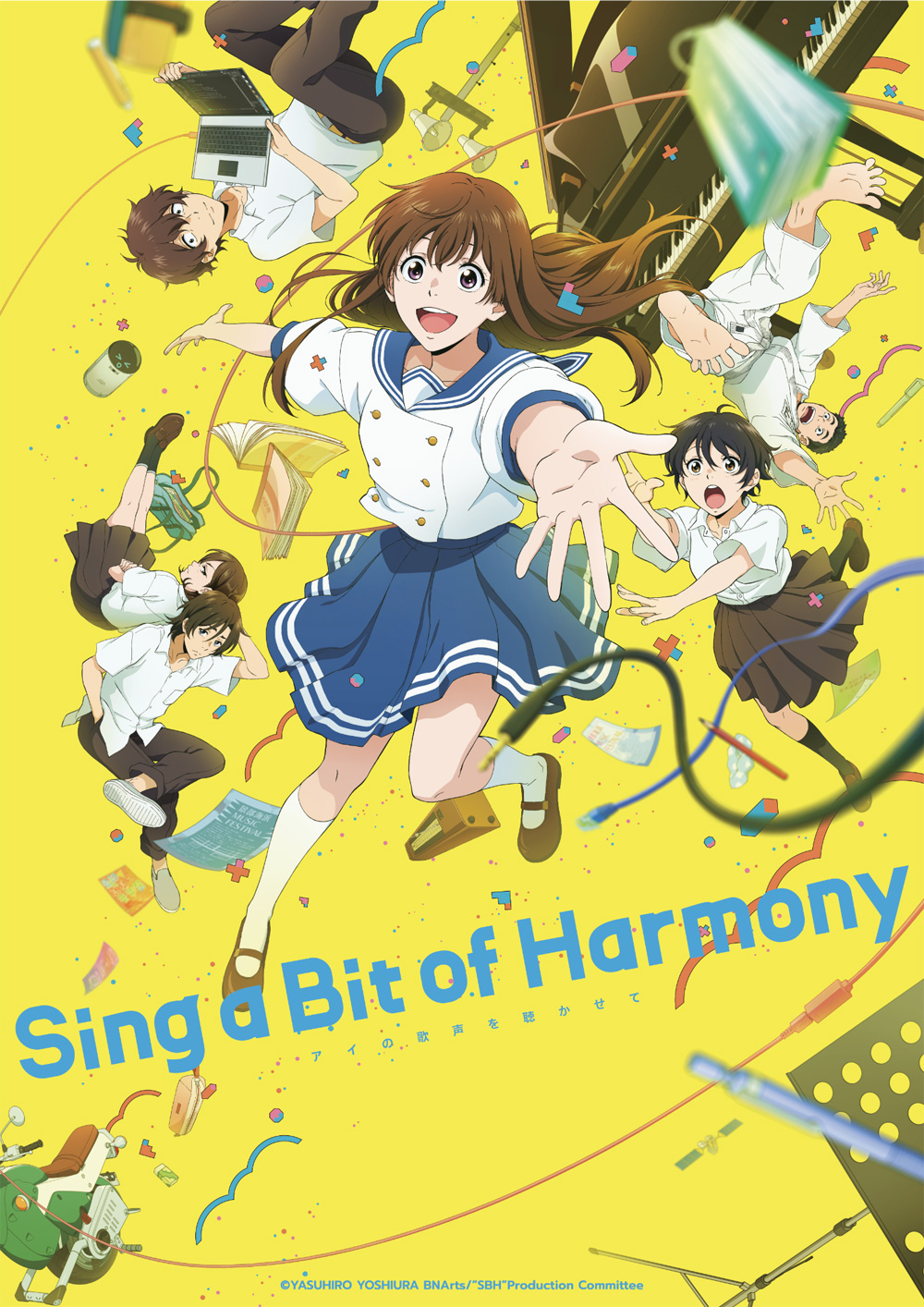