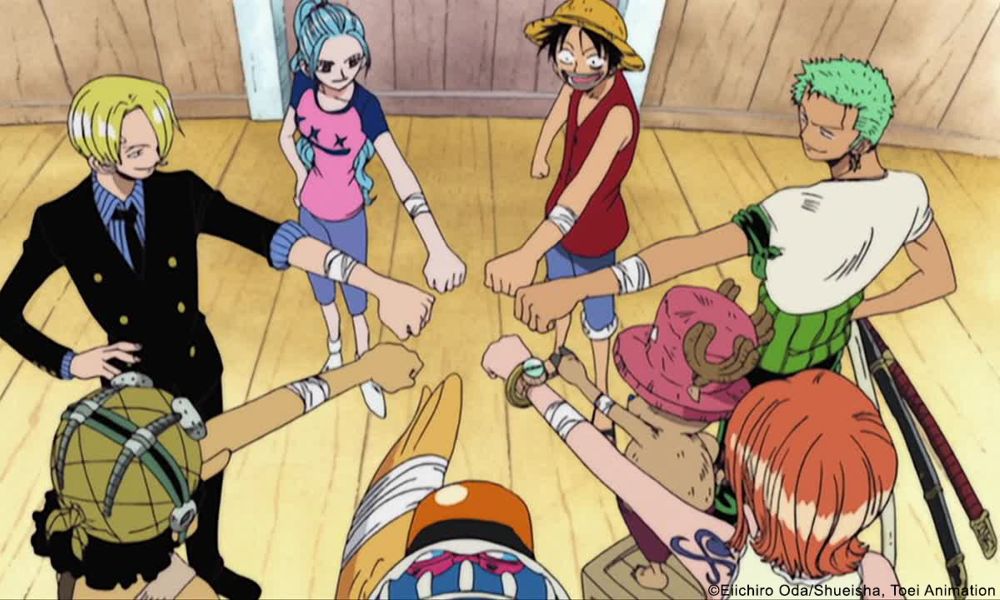 Tubi, a division of FOX Entertainment, is continuing to expand its robust animation portfolio by entering a significant licensing agreement with Toei Animation, the industry-leading anime studio and pioneer in Japanese animation.

With the deal including seven television series totaling nearly 500 episodes, as well as six TV specials, viewers will soon have access to six TV special installments of the internationally popular One Piece franchise – including 3D2Y, Episode of Sabo, Adventure of Nebulandia, Heart of Gold, Episode of East Blue and Episode of Skypiea – as well as episodes from the One Piece TV series currently streaming on Tubi. Additionally, Tubi viewers will also now enjoy episodes of the classic and popular anime series Toriko, Saint Seiya: Saintia Sho, Saint Seiya: Hades, Ge-Ge-Ge No Kitaro, Slam Dunk and Dr. Slump.

As part of the deal and for the first time ever, Tubi will stream English subtitled versions of Dr. Slump (from Akira Toriyama, creator of Dragon Ball) and Saint Seiya: Hades. Tubi’s collaboration with Toei Animation marks the newest anime offering to complement its massive library of 30,000 movies and television series – all completely free.

“Our new partnership with Toei Animation super serves fans with some of the most iconic anime ever created,” said Adam Lewinson, Chief Content Officer at Tubi. “With One Piece, Akira Toriyama’s Dr. Slump, Slam Dunk and more, Tubi viewers will soon have instant access to nearly 500 episodes of some of the world’s best anime, further expanding our powerful collection of animated content.”

“We’re thrilled to bring this collection of six TV specials and nearly 500 series episodes from Toei Animation’s library to Tubi viewers for the first time,” said Masayuki Endo, President and CEO of Toei Animation Inc. “From the One Piece specials and series episodes to Saint Seiya and Dr. Slump to Ge-Ge-Ge No Kitaro and Slam Dunk, there is something for every anime fan on Tubi to enjoy.”

Based on the best-selling manga title in history by Eiichiro Oda, the One Piece anime series first premiered in 1999; Toei Animation has produced more than 960 episodes and counting. The series follows the adventures of Monkey D. Luffy and his fearless Straw Hat Pirates on a fantastical journey across a world teeming with wonders and imagination. Today, One Piece enjoys a multi-generational fandom and continues to captivate viewers both young and old. The global franchise has now expanded beyond print and TV to include film, gaming, amusement parks and merchandise.