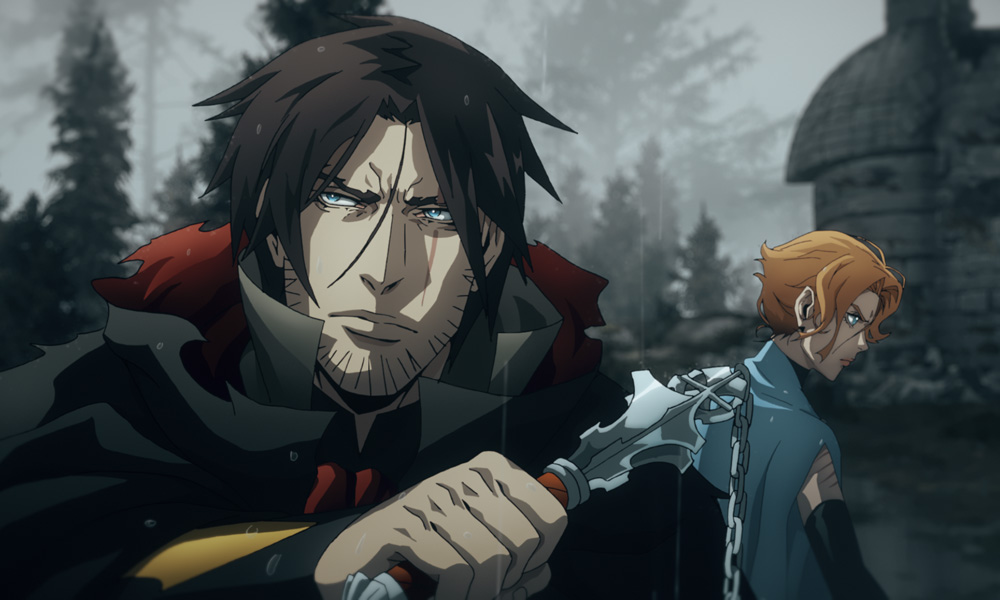 On the heels of the magic-fueled battle royale of the Season 4 trailer debuted last week, Netflix is letting fans sink their teeth into eight first-look images for the next, final season of Castlevania, premiering May 13 with 10 all-new episodes.

In S4 of the Frederator Studios series (animated by Powerhouse), Wallachia collapses into chaos as factions clash: some attempting to take control, others attempting to bring Dracula back from the dead. Nobody is who they seem, and nobody can be trusted. These are the end times. 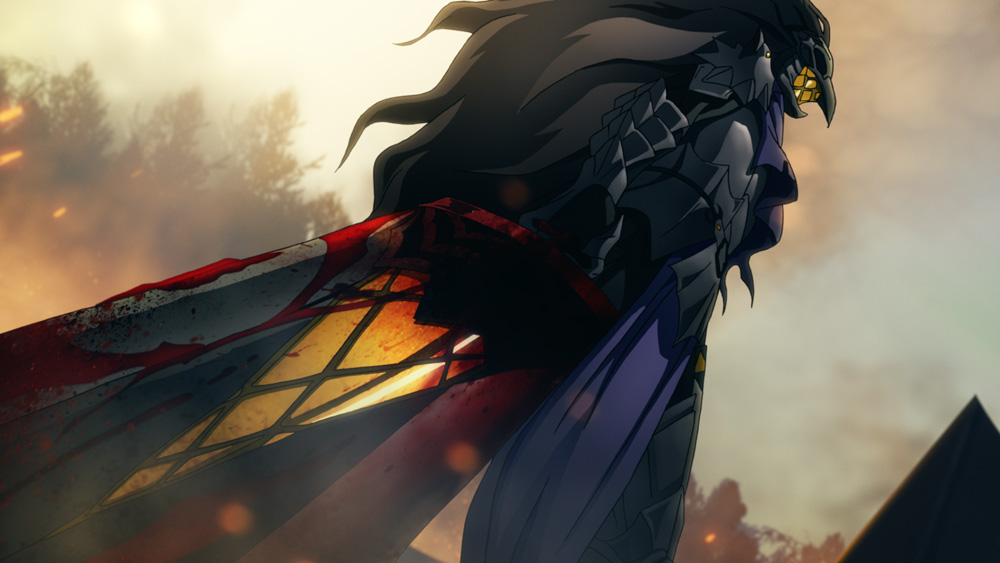 Striga (voiced by Ivana Milicevic), the war leader of the vampiric Council of Sisters, appears in full armor ready for battle. 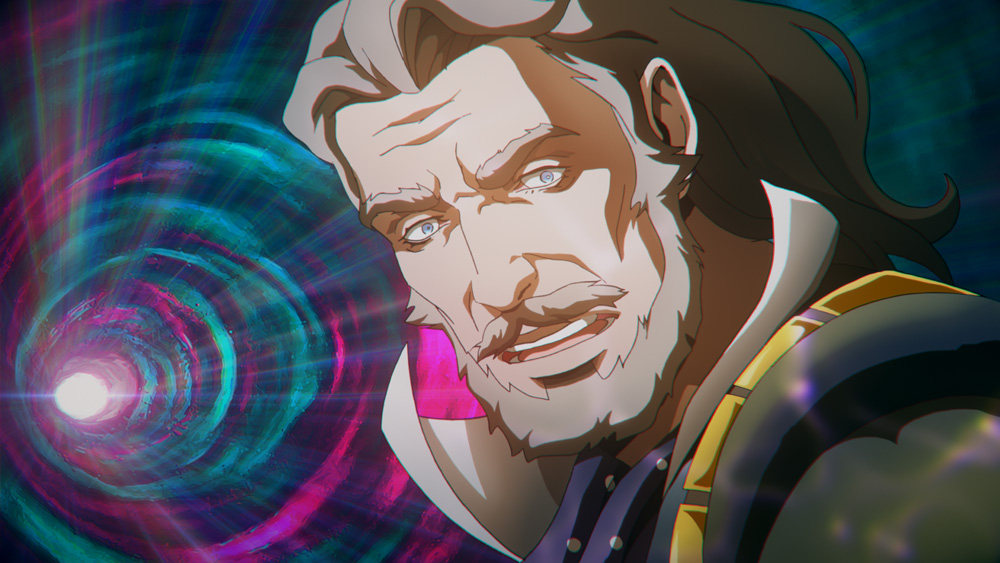 The magician Saint Germain (Bill Nighy) will apparently return — but will he escape from the Infinite Corridor? 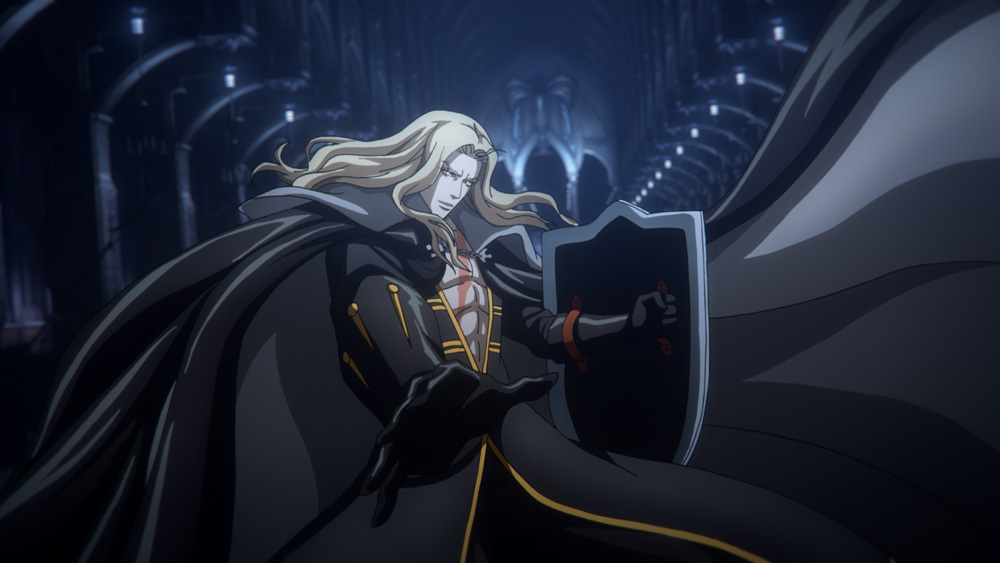 Alucard (James Callis), the half-human son of Dracula and ally to Trevor and Sypha against the forces of darkness. 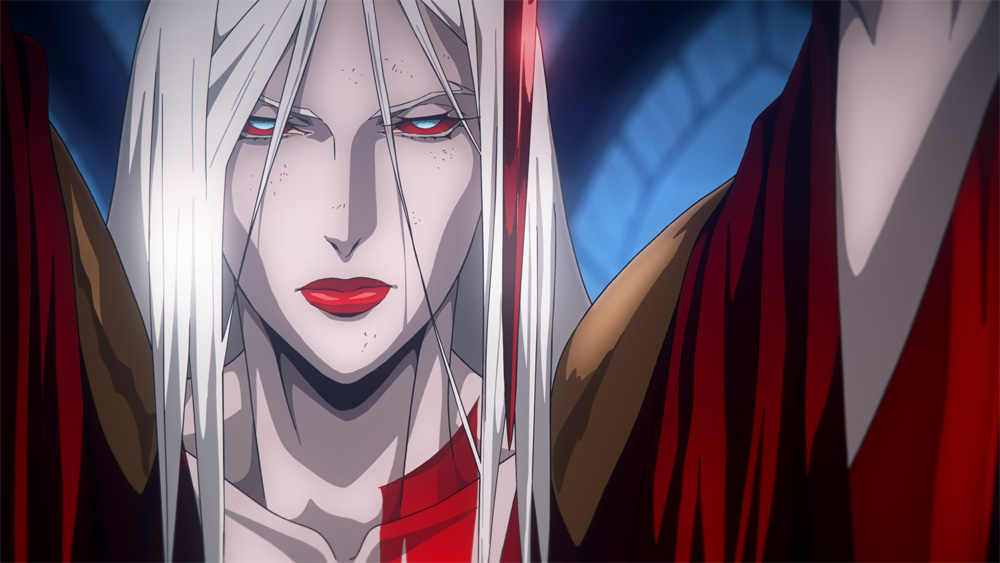 Leader of the Council of Sisters, Carmilla (Jaime Murray) is once again scheming supernatural threats to humanity in S4. 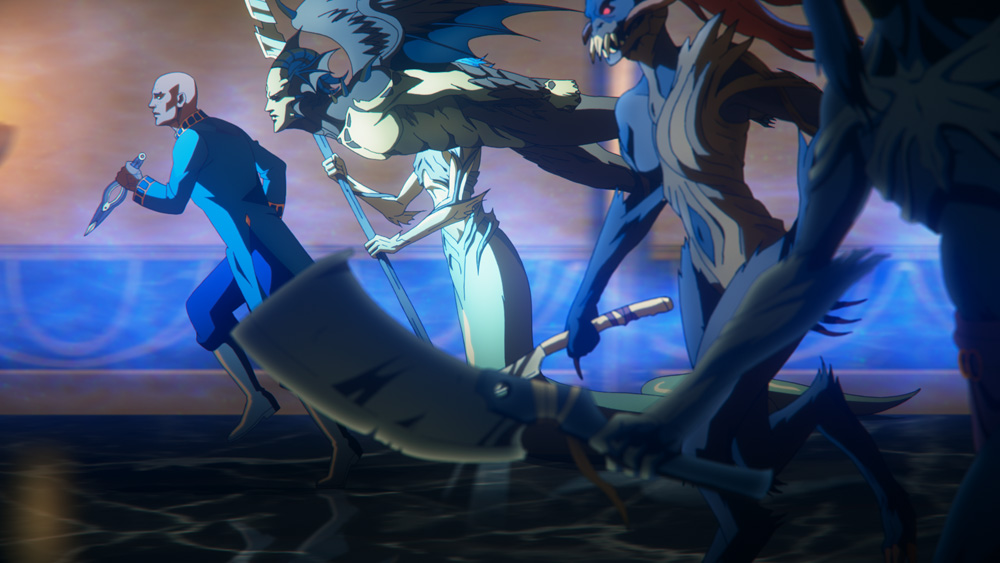 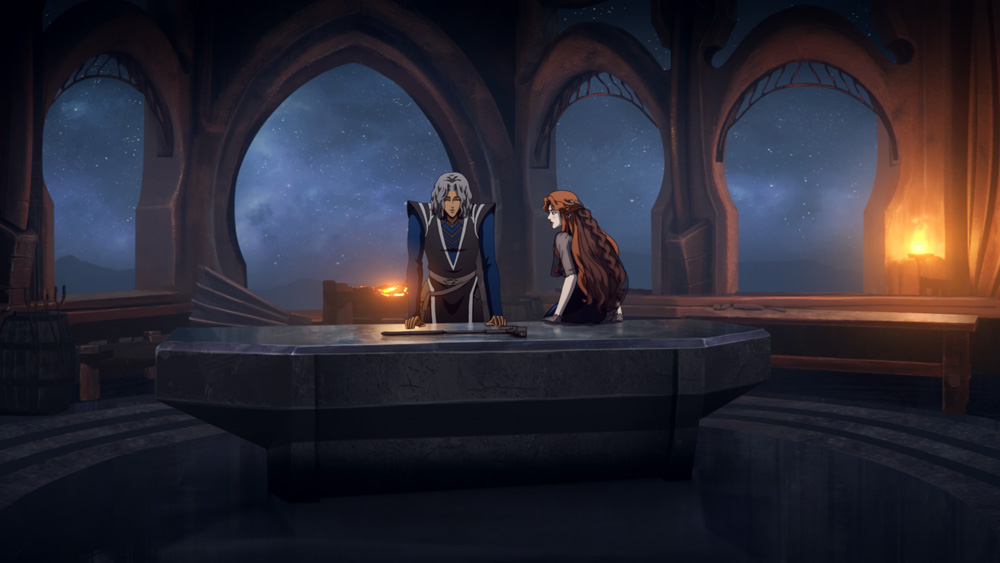 Forgemaster Hector (Theo James) is ensnared by the Council of Sister’s diplomat Lenore (Jessica Brown Findlay), compelled to build an army of night creatures for the vampires. 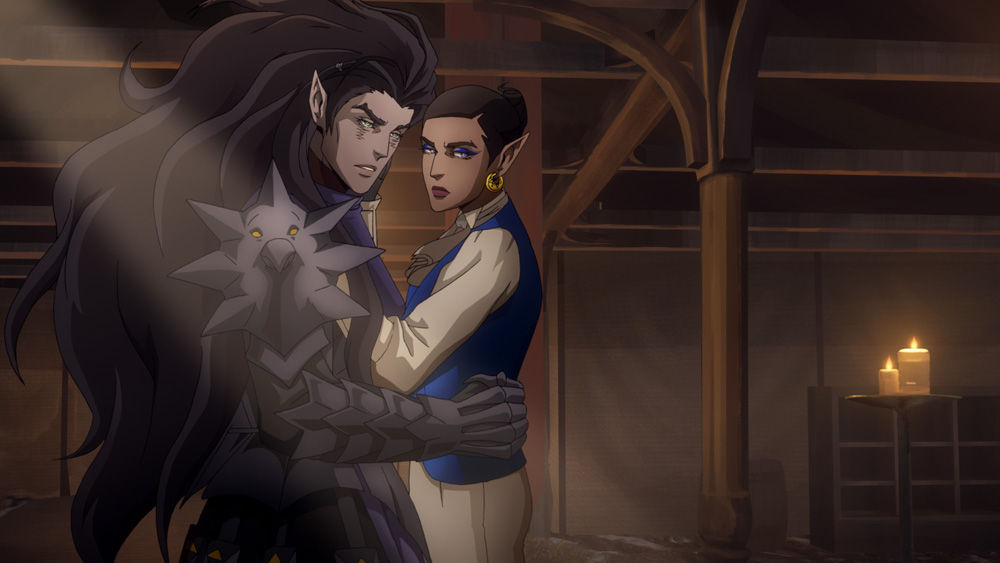 Lovers, Queens and Council of Sisters leaders Striga (Ivana Milicevic) and Morana (Yasmine Al Massri) share a dream of building a vampire empire, with an endless supply of blood from human chattel.