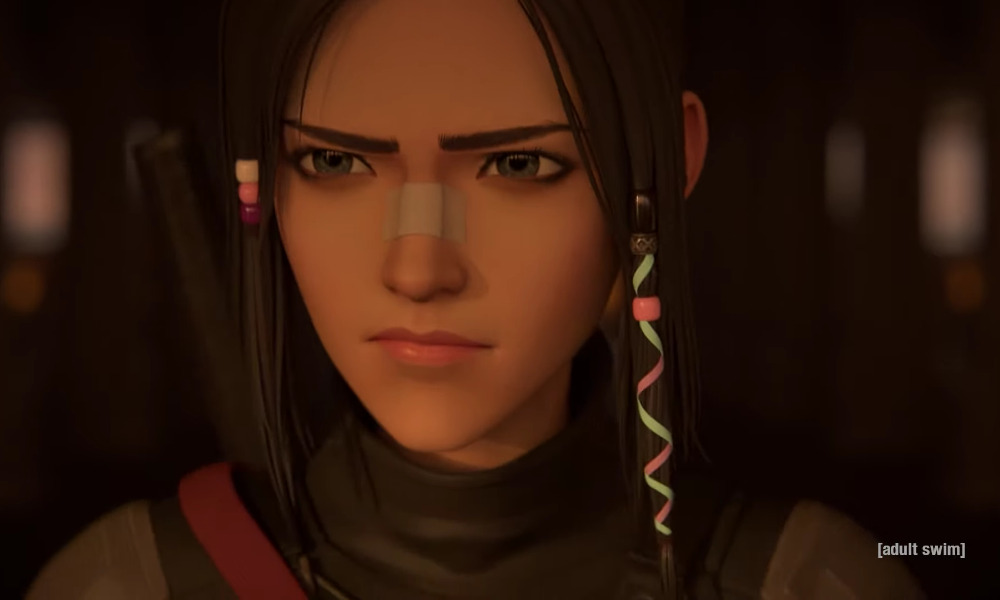 The First Law of Robotics takes an inconvenient turn for our hero in the season finale of Blade Runner: Black Lotus, premiering tomorrow (Saturday, February 5). In the tense sneak-peek scene below, Elle (voiced by Jessica Henwick) finally corners the man who set her on her mysterious path (Wes Bentley) — but resolution seems out of reach.

The finale episode “Time to Die” will air on Adult Swim’s Toonami block in the English-language version, streaming on Crunchyroll in Japanese with subtitles for its global audience.

Based on the iconic sci-fi franchise, Blade Runner: Black Lotus takes place in Los Angeles in the year 2032 and centers on a young woman who wakes up with no memories and possesses deadly skills. The only clues to her mystery are a locked data device and a tattoo of a black lotus. Putting together the pieces, she must hunt down the people responsible for her brutal and bloody past to find the truth of her lost identity.