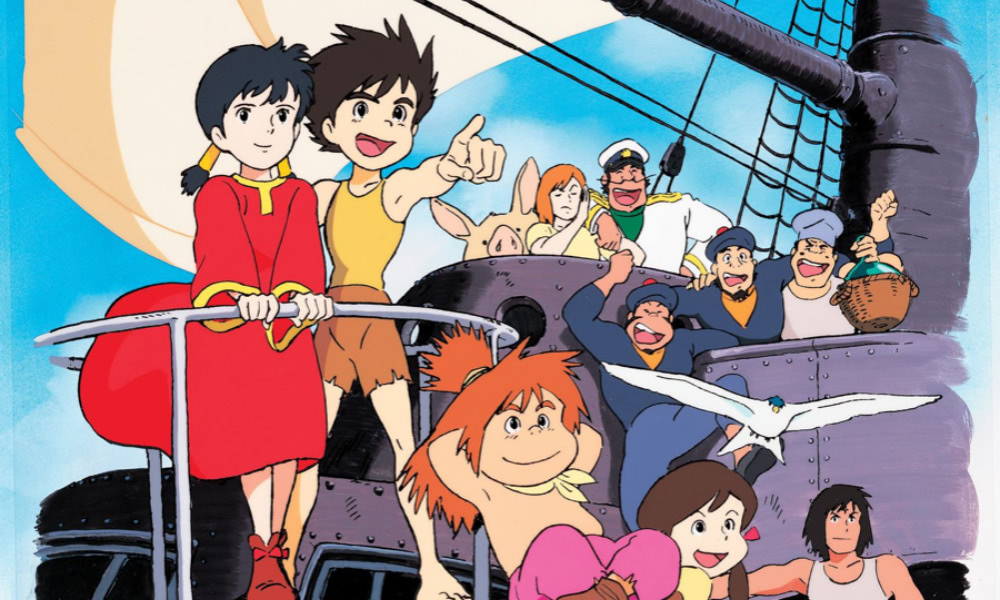 Based loosely on the largely forgotten juvenile science fiction novel The Incredible Tide by Alexander Key (best known as the author of Escape to Witch Mountain), Future Boy Conan (1978) has the distinction of being the first animated work directed by Hayao Miyazaki. In addition to serving as series director, Miyazaki storyboarded 15 of the 26 episodes; his friend and sometimes mentor Isao Takahata boarded five.

Five years later, Miyazaki said in an interview that after watching Takahata labor on previous series, “I really thought directing wasn’t for me, because a director has to assume such a heavy individual responsibility. Seeing what directing involved made me not try it up until then.”

Conan takes place in a grim, post-apocalyptic world: Most of humanity has been destroyed 20 years earlier, in a war that caused the Earth to tilt on its axis, triggering a planetary cataclysm. The remaining humans cling to shards of their lost civilizations on scattered islands. In the 1983 interview, Miyazaki said he had misgivings about basing a children’s series on Key’s book, which he felt was “too pessimistic and too tangled up with ideas about America and the Soviet Union. The author’s view of End Times or Armageddon come from his own latent insecurities and fears, so he brought an awful lot of this pessimism with him.”

Conan is a happy-go-lucky teenager, raised by his grandfather on a tiny islet. He displays the strength and agility of a young Tarzan as he hunts, fishes, swims and climbs. His isolated idyll is shattered when the outer world intrudes: Lana, a girl fleeing the agents of Industria. Lana shares a telepathic bond with her missing grandfather Dr. Lao, whose knowledge of solar power would enable the oligarchs of Industria to expand their domain.

Conan sails into unknown seas to rescue Lana. During his travels and fights, his good nature and courage turn strangers into friends, including the feral boy Jimsy and the  blustering Captain Dyce, whose ship collects old plastic junk that the lords of Industria recycle into bread for their oppressed workers.

Although it was considered a rapidly paced adventure in its day, the series feels very slow by contemporary standards. However, even at the beginning of his career, Miyazaki understood how to stage a scene or an action sequence to give it maximum impact. The clarity of the images transcends the limits of the animation, and the viewer always knows exactly what’s going on. 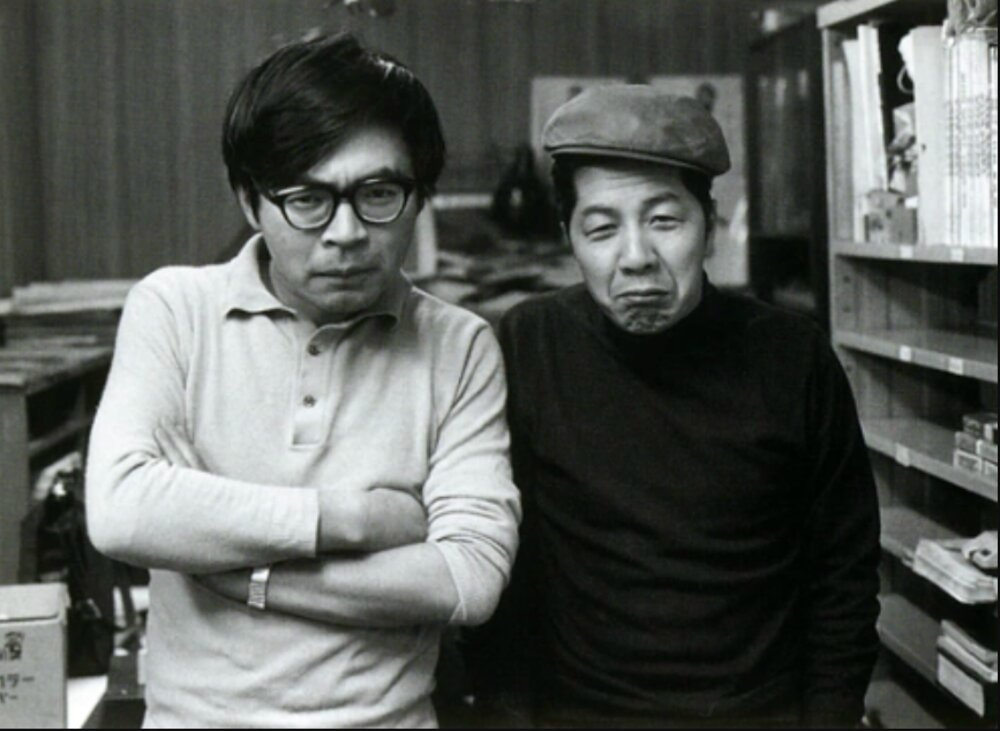 A young Hayao Miyazaki (left) with Yasuo Otsuka, one of his and Isao Takahata’s animation mentors.

Fans will scour Future Boy Conan for elements that prefigure all of Miyazaki’s mature features, but Conan most closely foreshadows the fantasy-adventure Castle in the Sky (1986).

In both stories, the heroines (Lana and Sheeta) hold the keys to powerful and potentially dangerous technologies they really don’t understand. Both heroines command extrasensory powers. Lana communicates telepathically over great distances with her grandfather — and over shorter distances with the sea gulls who comfort her. Sheeta performs the spells she learned from her mother, and the ancient robots of Laputa obey when she speaks to them, perhaps because of her royal blood. But neither heroine fits into the magical girl subgenre of anime.

Both girls bravely refuse to help amoral villains who seek the hidden knowledge to gain power. Even at this early stage in his career, Miyazaki had no interest in simple damsel-in-distress tales, but Sheeta is a more fully-developed character and plays a bigger role in the story. The brutal Lepka in Conan anticipates the subtler but equally sinister and power-hungry Muska in Castle in the Sky.

Although they’re both orphans, Conan and Pazu lead very different lives. Conan hunts for food with his trusty spear, but most of his time is spent kicking back on his tropical island. Pazu works in the mines of a town that suggests Wales. He’s smarter and more disciplined than Conan, and the miners and their families all respect him. Both boys are ferociously devoted to their friends, and their unswerving dedication wins over the people around them, from the fulminating Captain Dyce to the outrageous pirate queen Dola and her sons.

The designs and animation in Future Boy Conan reflect an early point in modern anime: The artists were still perfecting their craft. At times, the lack of a credible sense of weight robs Conan’s actions of an appropriate sense of risk and drama.

Drawn only a few years later, Pazu is more solidly designed and much better animated. There’s a believable feeling of weight when he manipulates heavy wrenches and other tools, and if he falls, he lands hard and even painfully. When Pazu kicks off his shoes to scramble up the slick surface of one of the tunnels that honeycomb Laputa, the audience can sense the fear and uncertainty in his movements.

Significantly, Miyazaki said, “Conan is not a superman. He’s an ordinary kid who mainly thinks about having fun in his life.” He also describes Pazu and Sheeta in similar terms, noting that he prefers stories about ordinary kids who discover who they are in the course of their adventures.

He would go on to explore the journeys of other “ordinary” individuals in his later films — Ashitaka, San, Chihiro, Sophie. Many of those characters and journeys have roots in Future Boy Conan. But it turns out the young Miyazaki was wrong: Directing really was for him! 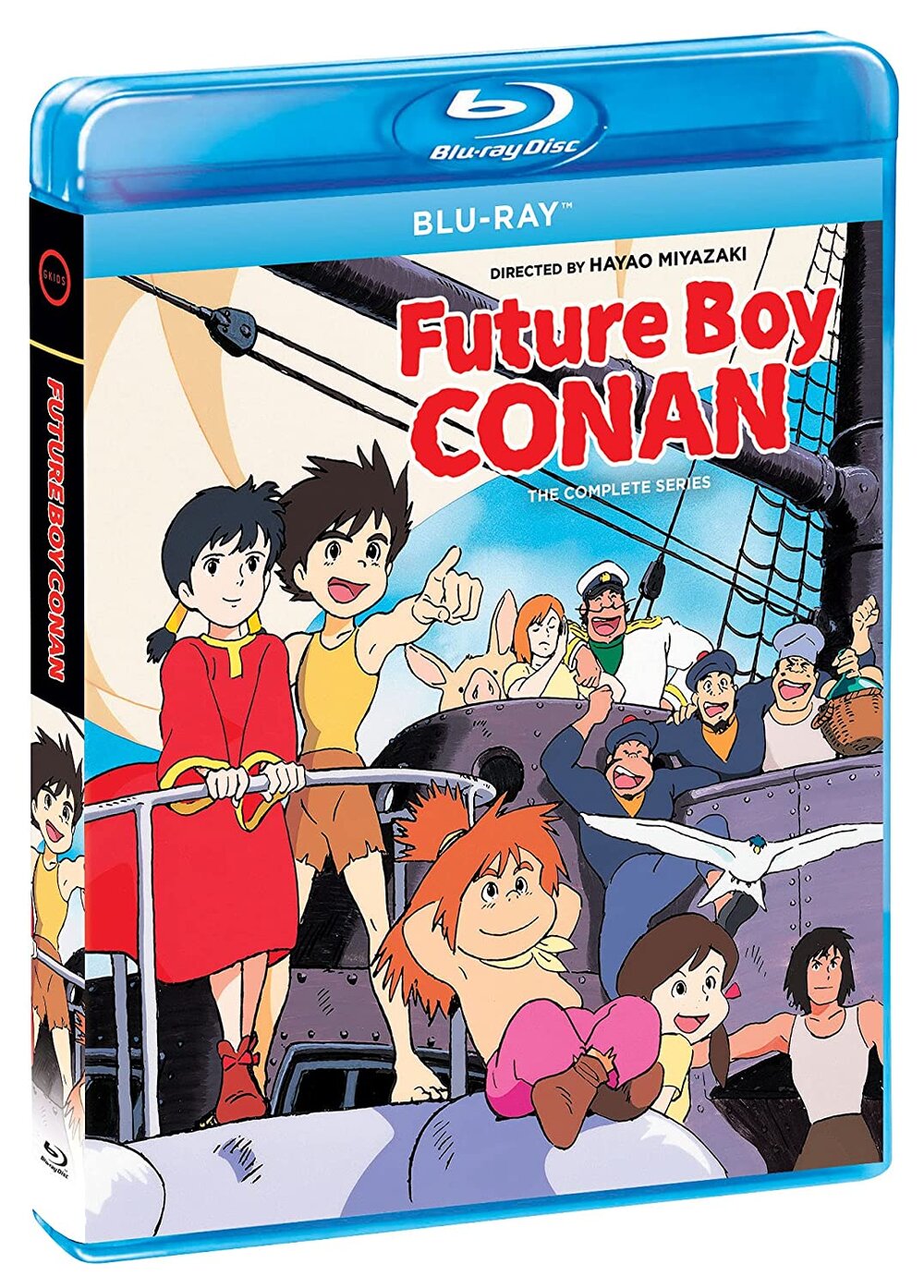 A Host of Opportunities for Avatars
Animation at the Oscars: A Guide to the Shorts’ Shortlist