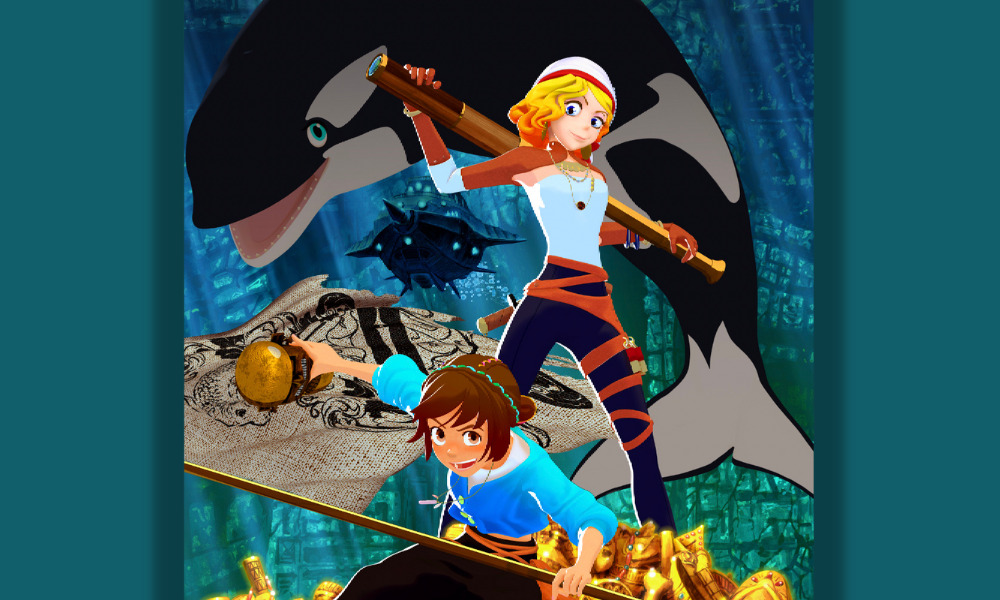 Cyber Group Studios has teamed up with Nippon Animation to produce a feature-length animated fantasy adventure film based on the classic Japanese TV series, Tico and Friends. The new feature-length film, Nanami and the Quest for Atlantis, marks the beginning of what is expected to be a long-term collaboration between the new co-production partners, which will include several of Nippon Animation’s classic series as well as new properties and initiatives.

“We are honored to partner with Nippon Animation, an historic studio with a rich catalog of superb iconic properties,” said Pierre Sissmann, Chairman of Cyber Group Studios. “We are looking forward to starting this exciting adventure and embarking on a future filled with great projects.”

“We are so excited to work on this project with Cyber Group Studios, which has been producing and distributing a lot of wonderful programs on a global scale. We look forward to giving dreams and excitement to children around the world through this collaboration,” said Kazuko Ishikawa, President & CEO, Nippon Animation.

The new 90-minute movie will be produced as a 3D/2D animation hybrid geared to viewers ages 7-14, co-produced by Nippon Animation and Cyber Group Studios, and should be followed by a brand-new animation series. The original hit anime Tico and Friends premiered on Fuji TV (Japan) in 1994 and broadcast globally, including on TF1 in France plus other global territories such as Germany, Italy, Spain and Korea.

Nanami and the Quest for Atlantis is set in the gold rush era, around 1850, and explores the relationship between humans and nature. The story follows 14-year-old Nanami, her lifelong orca companion, Tico, and her traveling partner, 17-year-old Seira, as they travel the ocean in search of a hidden treasure and discover what is truly important to humankind. During their adventure they will come to understand the answer to the question Nanami’s father, Professor Scott, posed before they left home, “What is more important than material fortune?”

The original Tico and Friends series was directed by Jun Takagi (Penelope, Chibi Maruko-chane). Nanami and the Quest for Atlantis is directed by Hitoshi Takekiyo (After-School Midnighters).

Founded as an animation studio in 1975, Nippon Animation has produced over 130 programs Dog of Flanders, Rascal, Anne of Green Gables, The Adventures of Tom Sawyer (as part of the World Masterpiece Theater Series), Chibi Maruko-chan and Penelope.

Founded in 2005, Cyber Group Studios is a leading multi award-winning international producer and distributor of animated programs for an audience ranging from kids and family. The company is based in France, United States, U.K., Italy and Singapore, producing its own content as well as third-party productions that are distributed worldwide on all digital and linear platforms. It also engages in large-scale marketing and consumer products licensing programs of its characters and properties.