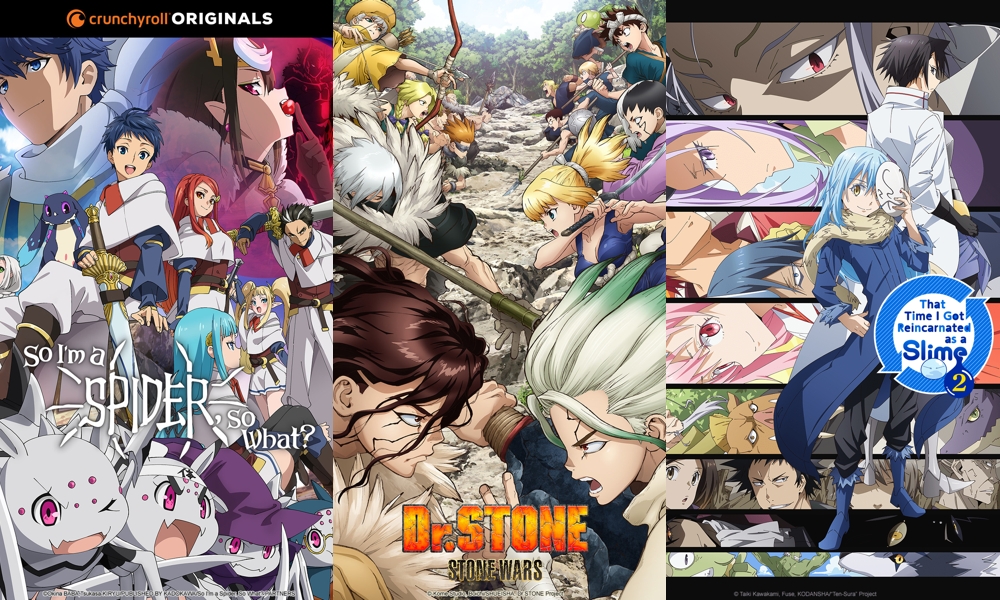 So I'm A Spider, So What?, Dr. STONE Stone Wars, and That Time I Got Reincarnated as a Slime

Crunchyroll has announced more than 30 series as a part of the winter anime season streaming in early 2021, including the highly-anticipated Dr. STONE Stone Wars, That Time I Got Reincarnated as a Slime Season 2 and Crunchyroll Original series So I’m A Spider, So What?. Other brand-new series coming this season include Re:ZERO Season 2, Laid-Back Camp Season 2, and the release of GIVEN The Movie.

Fans can also expect to catch ongoing favorites including the smash-hit JUJUTSU KAISEN, which is available exclusively on Crunchyroll, alongside Attack on Titan Final Season and Black Clover.

Highly anticipated simulcast series streaming on Crunchyroll for the winter season include:

You may also like...
Related Topics:Attack on Titan Final Season, Black Clover, Crunchyroll, Dr. STONE Stone Wars, featured, Jujutsu Kaisen, Laid-Back Camp, Re:Zero, So I'm a Spider So What?, That Time I Got Reincarnated as a Slime
Geographic Region:Worldwide