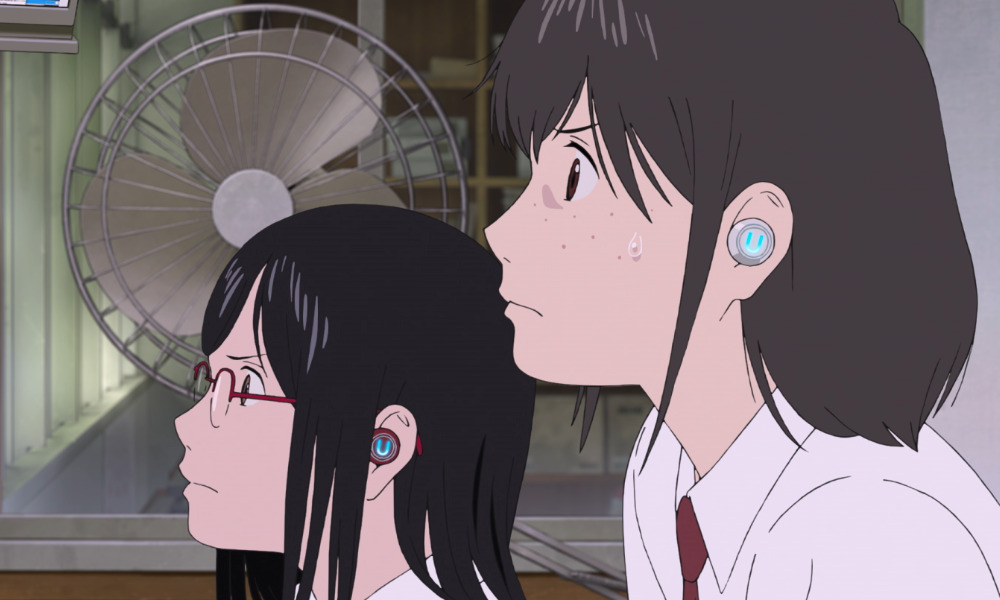 In recent years, animators in Japan have created an impressive array of heroines who are layered, unique individuals. Unlike many of their American counterparts, these girls don’t have to be spunky: They can be outgoing, shy, athletic, artistic, talkative, quiet, awkward, talented and/or intelligent.

Suzu, the heroine of Mamoru Hosoda’s Belle, is the latest of his well-realized contemporary young women. Although the film is a retelling of Beauty and the Beast, Suzu is no beauty. The lonely inhabitant of a fading town in Shikoku, she’s coping with the death of her mother. Suzu has shut herself off from the world, unable to express her impressive musical talent — except as Belle, her alter ego who is the reigning diva of the cyber world of U.

Retellings of Beauty and the Beast usually center on the Beast and his need to reveal the gentle heart concealed within his monstrous form. Suzu tries to aid an abused boy who haunts U as the baleful Dragon: She learns that when she sings as herself she reaches both the boy and her own wounded heart. Belle’s glamorous trappings are as restrictive as the Beast’s grotesque body. Suzu’s victories enable her to discover who she truly is. 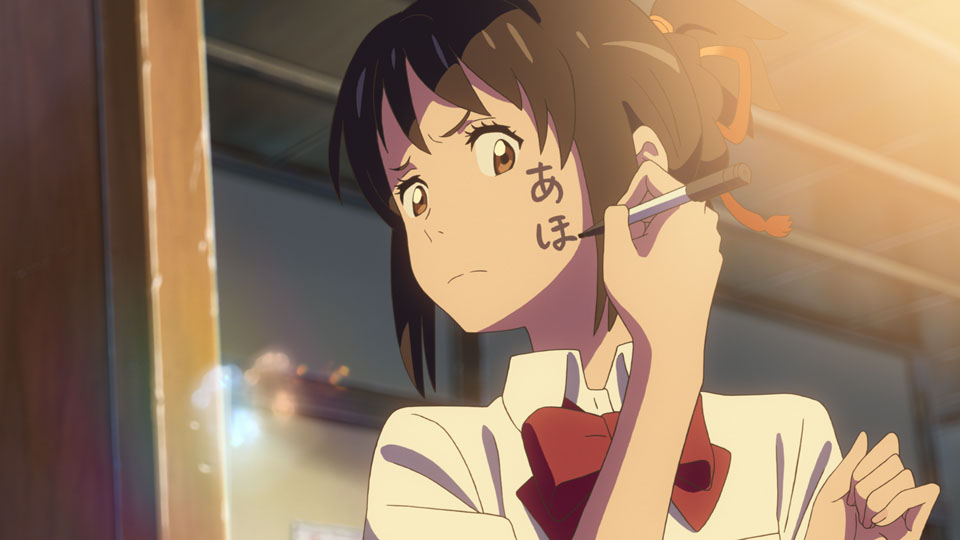 Makoto Shinkai broke box office records in Japan in 2016 with Your Name., a complex adventure that begins as a body switching teen romcom but morphs into a meditation on the trauma of the 2011 Great East Japan Earthquake (which Americans call “Fukushima”). Bored with life in her rural hometown, Mitsuha longs for the excitement of Tokyo; Taki is a Tokyo high school student who wants to be an architect. When they begin waking up in each other’s bodies, the experience changes both of them for the better. Taki loses some of his awkwardness around a woman he finds attractive; Mitsuha gains the self-confidence to put down her snide classmates. More importantly, she develops the courage to stand up to her stuffed-shirt father and save many of the townspeople from a devastating meteor strike.

Keiichi Hara’s Miss Hokusai (2015) centers on a real person: O-Ei, the daughter of the celebrated artist Katsushika Hokusai (1760-1849). Although only a few works can be attributed to her with certainty, O-Ei was an artist in her own right. Hara based the film on the manga by Hinako Sugiura, that depicts the father/daughter and master/pupil relationship between Hokusai and O-Ei as complex and quarrelsome. She respects his immense talent, but loses patience with his inability to manage his money and despises his failure to care for a fictional, handicapped younger daughter.

If O-Ei behaves awkwardly around a handsome admirer, she confidently refuses a suitor who hopes marriage will bring a position in her father’s studio. Unapologetically independent and talented, O-Ei reflects the experiences of women in modern Japan who are gaining increasing freedom from the sexism of its traditional culture — including many of the female artists who worked on the film. 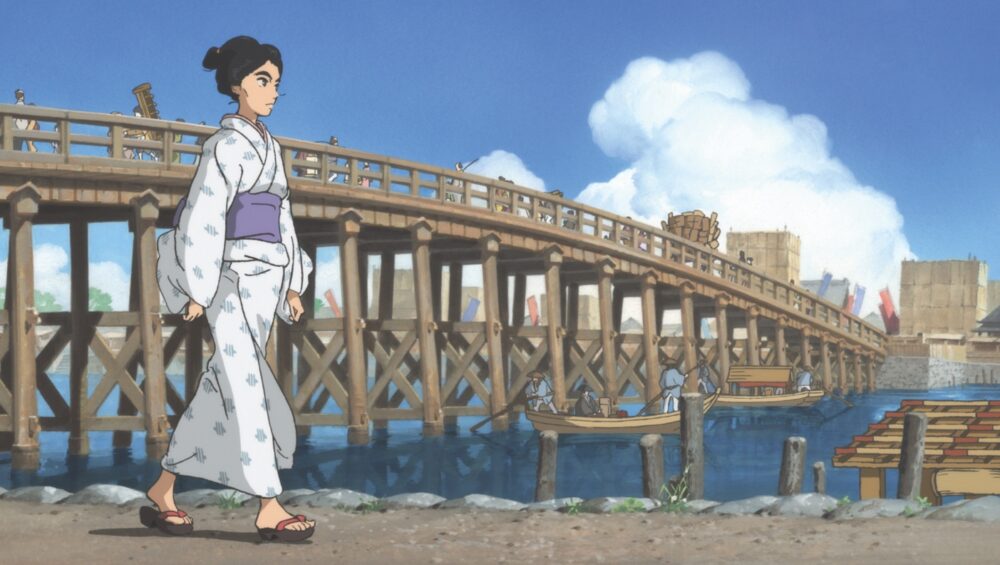 In Masaaki Yuasa’s Ride Your Wave (2019), Hinako is a disorganized klutz on land, but in the water, she’s an ace surfer who moves with grace and authority. When she moves to a small beach town, she meets first responder Minato. The two characters fall quickly and believably in love. Minato admires Hinako’s superior athletic prowess, and assures her she will learn to manage life on land as capably as she maneuvers her surfboard. She’s moved by Minato’s selfless commitment to helping others and savors his confidence in her.

When Minato is killed in an accident, Hinako refuses to accept the loss. She believes she can summon him back with their favorite song. A disaster makes her realize she must let go of the past. To honor Minato’s dedication to aiding others, Hinako becomes a highly respected lifeguard.

Interesting, complex heroines aren’t limited to features by major directors. In My Hero Academia: Two Heroes, nerdy, insecure Izuku “Deku” Midoriya visits inventor David Shield on I-Island, a floating city-sized lab for the world’s greatest scientists. David’s daughter Melissa has no superpowers, but she’s a brilliant inventor in her own right. Melissa doesn’t quote irrelevant facts or flaunt her intelligence; she doesn’t need to. When she sees Deku can’t use his strongest punch against the terrorist villains without shattering the bones his forearm, she creates a high-tech wrist support for him.

The list of intriguingly complex female characters in anime is a long one. Hayao Miyazaki said of Lady Eboshi in Princess Mononoke, “her mercy and her cruelty know no bounds.” In Isao Takahata’s Only Yesterday, Taeko communes with her fifth grade self to discover what she really wants in life. When Natsuki defeats the terrorist AI program Love Machine at the climax of Hosoda’s Summer Wars, she’s simultaneously frightened by its power, grateful for the help math nerd Kenji and her cousin Kazuma provide, impatient with her boisterous family’s kibbitzing, moved by the support she receives from countless viewers and determined to protect people from a deadly threat. Why don’t more of her Western counterparts display a comparable complexity?

Charles Solomon’s latest book The Man Who Leapt Through Time: The Films of Mamoru Hosoda will be published this year by Abrams. 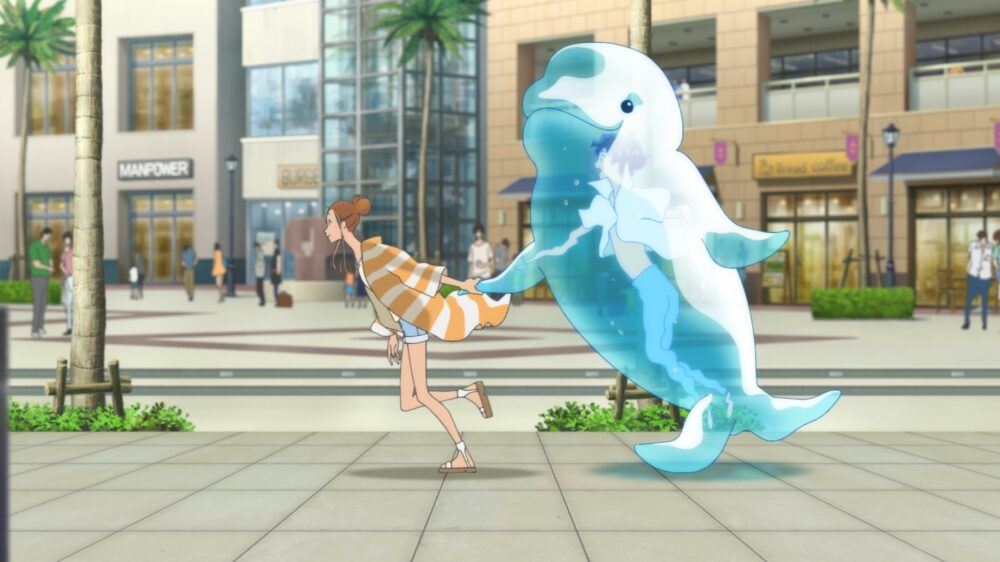