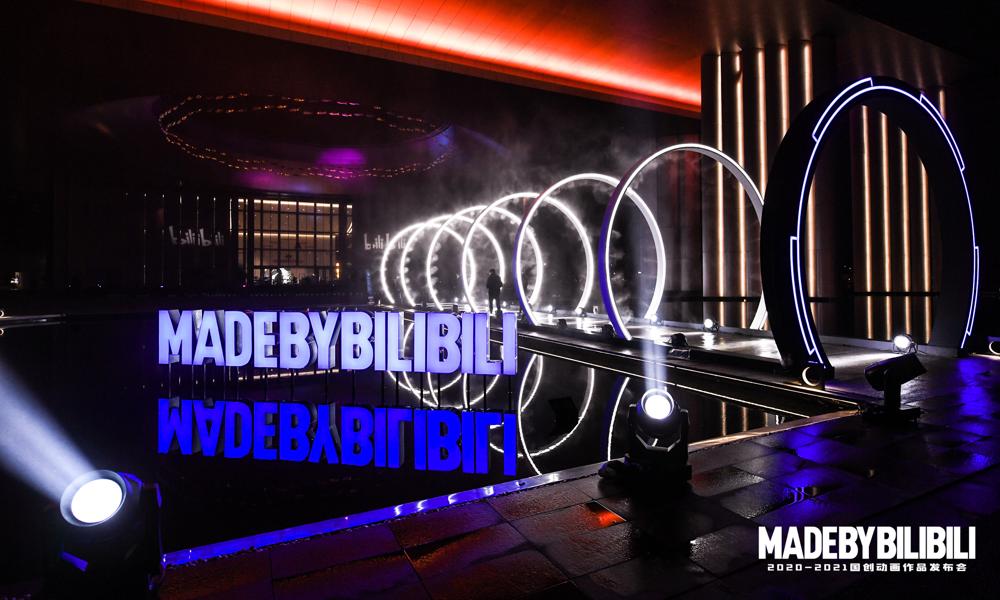 Bilibili announced that it will launch 33 new animation titles in 2021 at Made By Bilibili 2020 – 2021, an annual event showcasing the online entertainment brand’s new developments and past achievements in Chinese anime.

Li Ni, Vice Chairwoman and Chief Operation Officer of Bilibili, announced the company’s progress in theatrical animated feature films. This includes a strategic cooperation with Light Chaser Animation Studios, a Chinese CG animation film studio based in Beijing, to co-produce New Investiture of the Gods: Ne Zha’s Rebirth (新神榜：哪吒重生). The film will be released in theaters during the 2021 Lunar New Year holiday.

Bilibili is also planning to theatrically release Manual of Hundred Demons（百妖谱，or Bai Yao Pu). The anime series of the same name has achieved over 100 million video views on Bilibili since its launch in April this year. The third animated film slated for theatrical release in 2021 is Shadow Diver (龙心少女).

Pinta Studio, a Bilibili-backed award-winning animation studio, is also working on an animated feature Shennong: Taste of Illusion (烈山氏) for a theatrical release.

“Bilibili’s 10-year ambition between 2014 and 2024 is that we hope to become a Chinese anime hub that drives the Asian animation industry and leads the way in terms of both animation output and audience scale in the next decade,” Li said, “After 2024, we hope that Bilibili will be able to support and witness the birth of new Chinese anime superheroes and blockbuster animation hits. Only this way can we have the ability to continuously export excellent animation works to the global market.”

During Made By Bilibili 2020 – 2021, the company further announced that it had reached a strategic agreement to produce an anime series based on Detective Chinatown, a Chinese action-comedy franchise written and directed by Chen Sicheng. 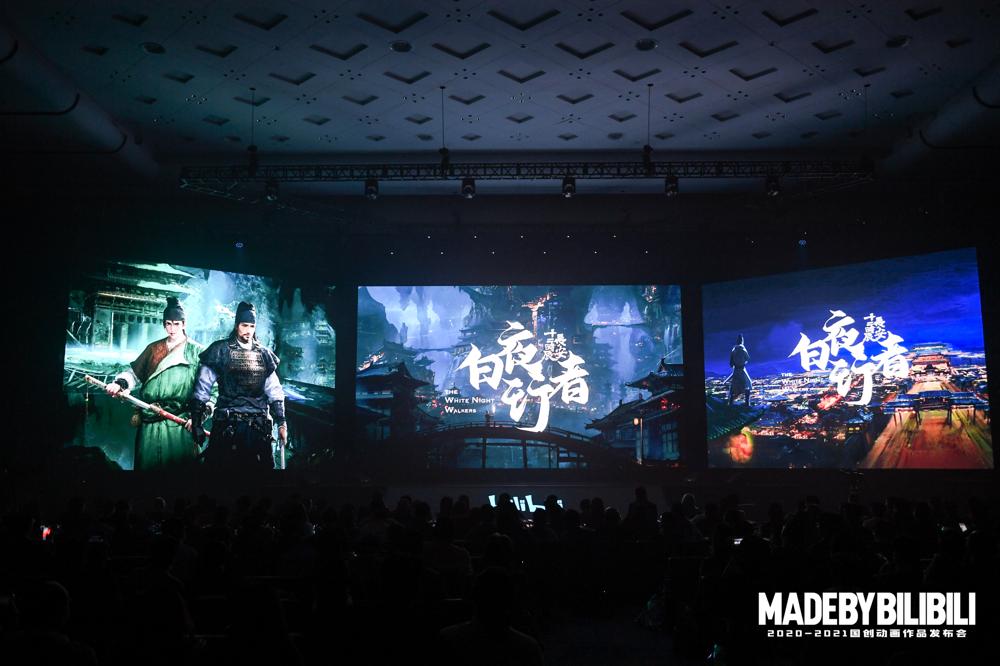 Bilibili is also planning to release 13 original anime titles, including those from Bilibili’s joint venture with Haoliners Animation, the co-producer behind Heaven Official’s Blessing. Titles will also be sourced from Bilibili’s “Little Universe” program, first launched in 2016 to identify and train young animation talents from across China. 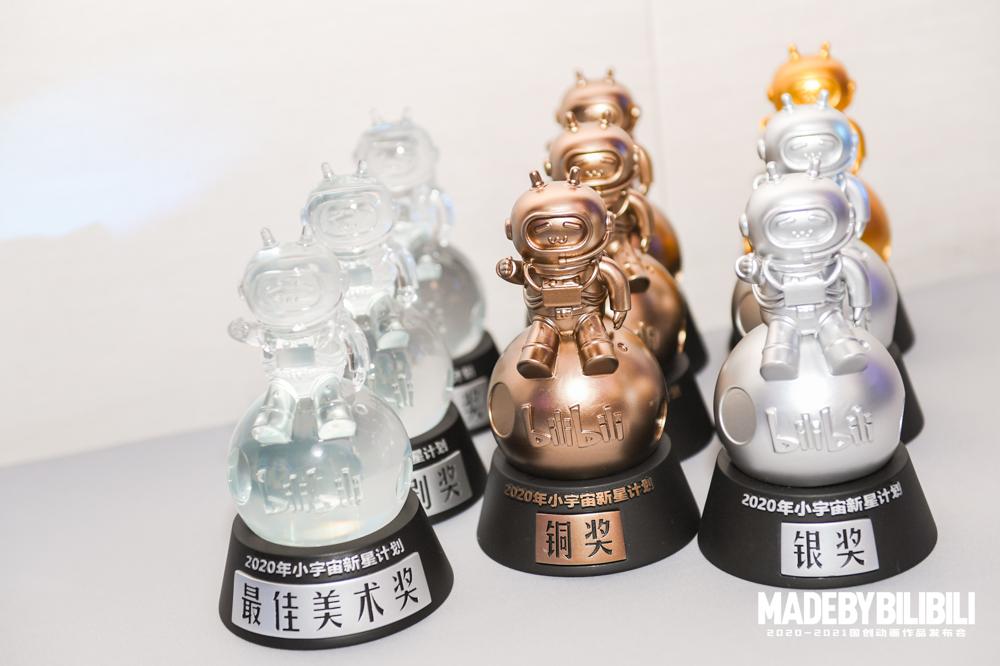 The rapid growth of Chinese anime will further expand Bilibili’s audience. According to iResearch, a third-party research company, the total output value of China’s animation industry reached 194.1 billion yuan (almost $30 billion USD) in 2019, while the number of ACG-related consumers is expected to exceed 400 million in 2020.

With such rapid growth, animation adaptations have become an important way to expand and upgrade existing IPs including films, drama series, novels and comics. In the same light, Bilibili and famous cartoonist Xia Da have forged an in-depth cooperation agreement with the animation adaptation of two of his comics, The Long Ballad (长歌行) and Zi Bu Yu (子不语).

Thanks to Bilibili’s commitment, the platform is now home to one of China’s largest anime libraries. With the company’s strong hold in this genre, 2020 has been a fruitful year for Bilibili’s animation investments. Titles like Carp Reborn (元龙), which generated 260 million video views since its launch in July, have not only attracted new users to the platform, but also became the most effective way to convert them to premium members. Several other new titles also achieved over 100 million video views soon after their launch, including Manual of Hundred Demons (百妖谱, or Bai Yao Pu) and The Daily Life of the Immortal King (仙王的日常生活). 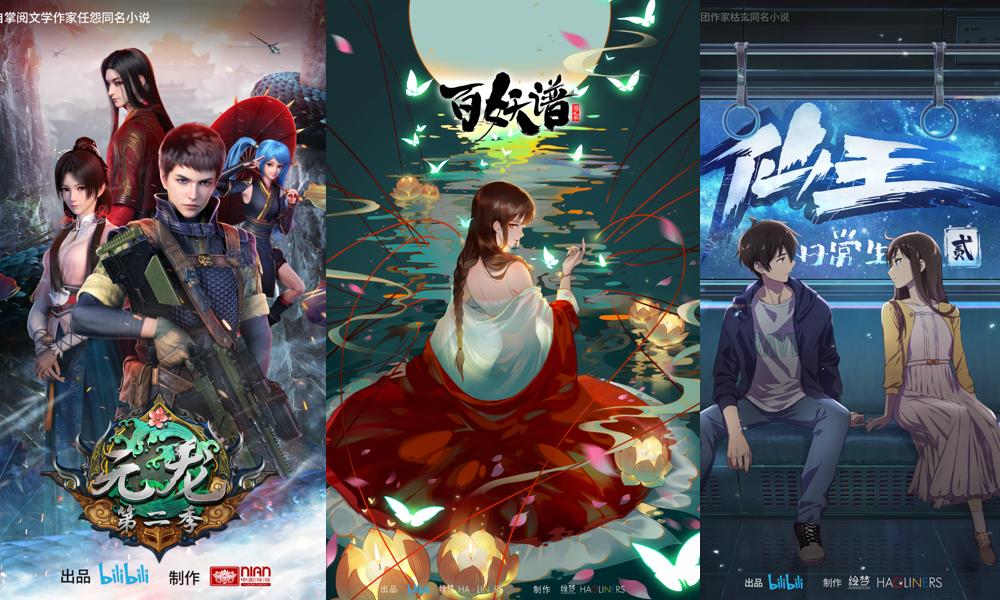 To satisfy fans, all three titles will see their second season to be released in 2021.

The extremely popular Heaven Official’s Blessing (天官赐福) will launch a new special episode next February. The series went online on October 31 and has already exceeded the milestone of 100 million views. Funimation, the leading global anime content provider, announced in October that Heaven Official’s Blessing would become the first-ever Chinese anime series to stream on the company’s platform across the world. The anime is based on the wildly popular series of Chinese fantasy novels first published online by Mo Xiang Tong Xiu (墨香铜臭) in 2017.

A Mortal’s Journey（凡人修仙传), which achieved over 140 million video views since its launch on Bilibili in July, will become the first Chinese anime on Bilibili to be continuously updated throughout the year of 2021.

“Chinese anime is no longer a niche but has already become mainstream. Bilibili is committed to supporting the development of more excellent Chinese anime works,” Li added.

You may also like...
Related Topics:Bililbili, Carp Reborn, Daily Life of the Immortal King, featured, Made By Bilibili 2020 – 2021, Manual of Hundred Demons
Geographic Region:Asia