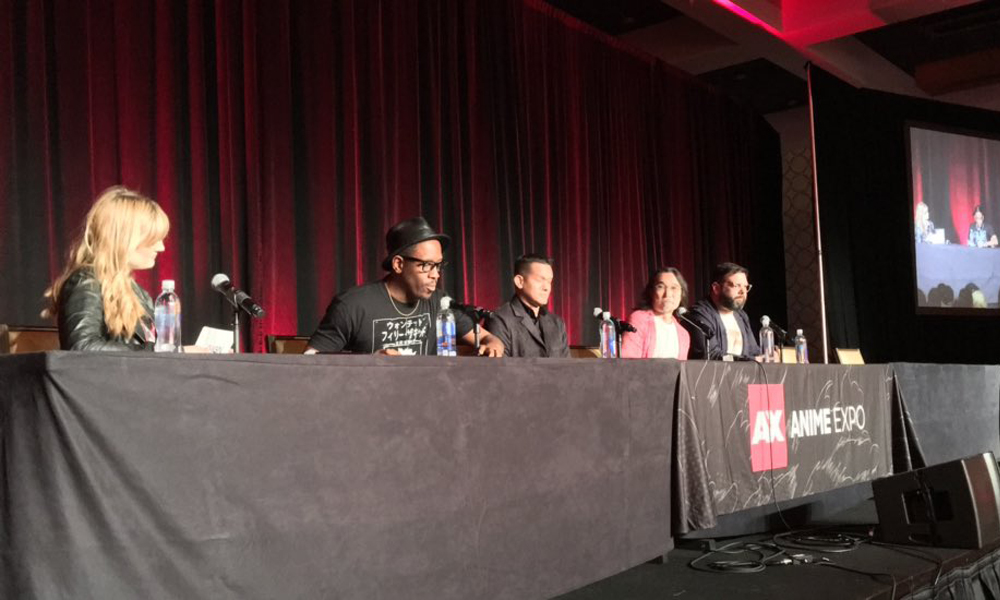 Continuing the momentum of globally launched series like Aggretsuko, Ultraman and 7SEEDS, Netflix returned to Anime Expo in Los Angeles this weekend to preview its growing anime slate, for the third consecutive year. Exciting updates and artistic assets were shared at a creators’ panel, with a drop-in by the lovable, cuddly Rilakkuma — star of Netflix’s Rilakkuma and Kaoru.

Among the big reveals were the premiere date for Thomas’ Cannon Busters next month, the voice stars set for VIZ Media & Powerhouse Animation’s Seis Manos, new images for Polygon Pictures’ Levius, and the scoop on Filipino comic-book adaptation Trese from creator/director Oliva.

These projects will join the streamer’s popular anime lineup which already included Devilman Crybaby, Castlevania, Godzilla: The Planet Eater, BAKI, Violet Evergarden, B: The Beginning and The Seven Deadly Sins. In-development titles include Magic: The Gathering, Pacific Rim, Altered Carbon, Ghost in the Shell: SAC_2045 and Transformers – War for Cyberton.

Cannon Busters follows the adventures and exploits of S.A.M, a high-end friendship droid who’s joined by a quirky, discarded maintenance robot and a brash, deadly fugitive. Together, the unlikely trio embarks on an unforgettable journey in a fantastic and dangerous world in search of S.A.M’s best friend, the heir to a kingdom under siege. Premieres globally on Netflix August 15, 2019.

The series hails from creator, director, and executive producer LeSean Thomas. Originally from the South Bronx, Thomas now lives in Meguro, Tokyo, Japan, where he works as a television animation producer and director. His most recent project is Crunchyroll’s anime series Children of Ether. Thomas worked on the Adult Swim show The Boondocks, which was nominated for an NAACP image award and won an honorary Peabody Award. He also worked as a television animation artist and producer for Cartoon Network, Sony, Warner Brothers and Nickelodeon.

“It’s based on a comic book that I drew, so very excited to have the opportunity to adapt it into an animated feature. Cannon Busters drops August 15 on Netflix.” – Cannon Busters series creator LeSean Thomas #AX2019 pic.twitter.com/3m5PZEInqi 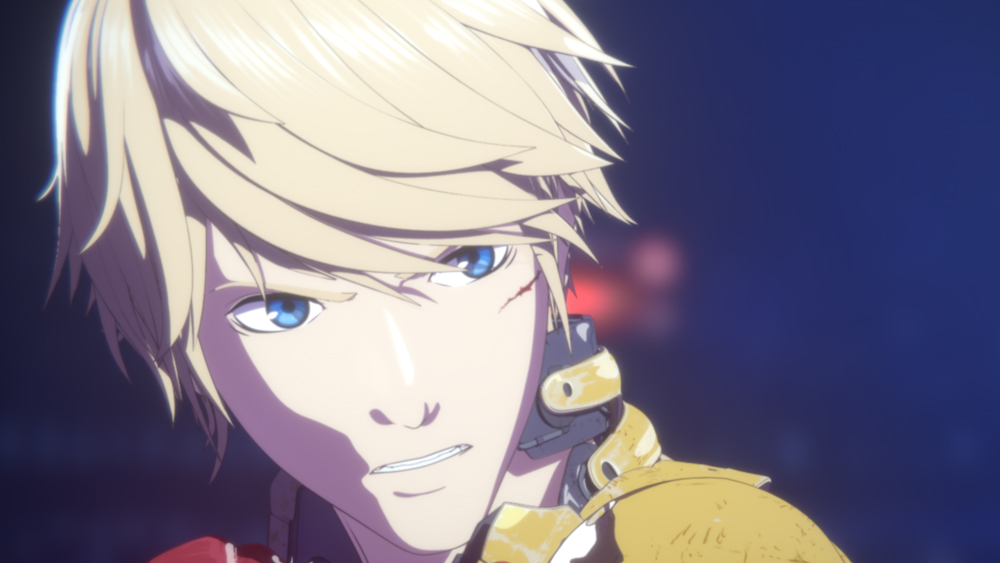 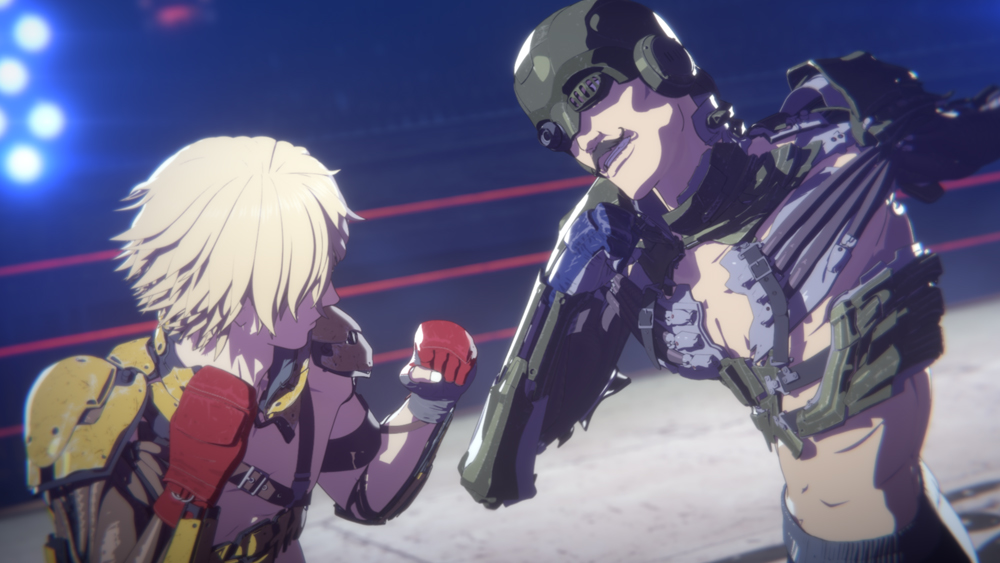 Levius: The year is 1842 of the New Era. Five years have passed since the Fosanian Conflict, a dispute for territorial drilling rights of Agartha water, came to an end. It is an era where “hypersteam” is used to power a variety of things, and the martial art of metal boxing, where machines are fused with the human body for combat, is at the height of its prosperity. The story follows Levius; a young man whose parents became casualties of war. He is taken in by his uncle Zack, and it is there that Levius begins to immerse himself in the world of metal boxing as if led by fate itself, and his innate ability for the martial art blossoms. Levius rises up the ranks to Grade 3, taking down his formidable rivals one by one, as a mysterious man by the name of Dr. Clown watches over him, his lips curled up into an audacious smile. Meanwhile, memories of the war continue to haunt the depths of Levius’s mind… Now, Levius must take the fight for his destiny into his own hands! 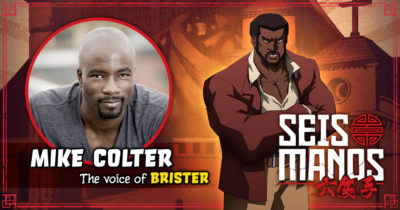 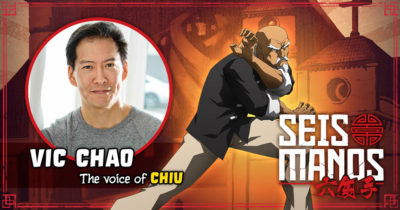 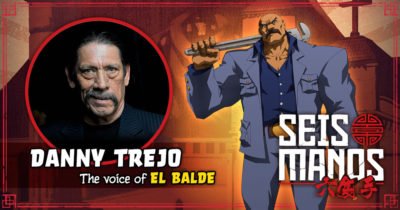 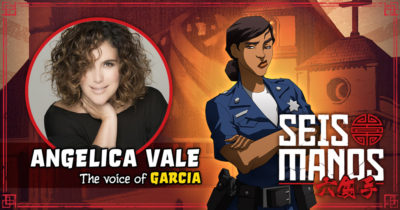 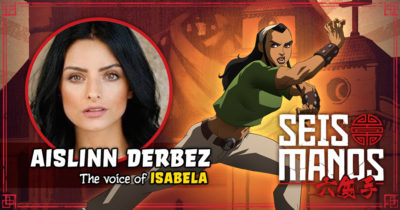 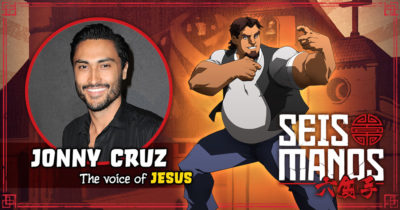 Seis Manos centers on three orphaned martial arts warriors living in 1970s Mexico, who join forces with a DEA agent and a Mexican Federale to battle for justice after their beloved mentor is murdered on the streets of their tiny border town. Seis Manos is co-created by Powerhouse Animation CEO Brad Graeber and writer Alvaro Rodriguez (Machete, From Dusk Till Dawn: The Series). Noted screenwriter Daniel Dominguez (Captain Underpants, Oishi High School Battle, SpongeBob SquarePants) also joins the series, which will be directed by Willis Bulliner (Agents of Mayhem). Launching in Fall 2019.

Trese: Set in Manila where the mythical creatures of Philippine folklore live in hiding amongst humans, Alexandra Trese finds herself going head to head with a criminal underworld comprised of malevolent supernatural beings. This anime series is based on the Philippine graphic novel by the same name, created by Budjette Tan and Kajo Baldissimo. Executive produced and directed by Jay Oliva (Wonder Woman, The Legend of Korra). Produced by Shanty Harmayn and Tanya Yuson at BASE Entertainment, a studio based in Jakarta and Singapore.

Rilakkuma and Kaoru: When a woman in her thirties begins sharing her apartment with a soft toy bear that has decided to take up residence there, she finds that the secret to life is sometimes as simple as relaxing. One of the most popular characters in Japan comes to life in this stop-motion animation series. Directed by Masahito Kobayashi; written by Naoko Ogigami; creative advisor is Aki Kondo. Production rights belong to San-X; production company is dwarf studios. Voice starring Mikako Tabe.

The VFX Evolution of ‘Dark Phoenix’
Watch: A Legendary Hero Returns in Disney’s ‘Mulan’ in March