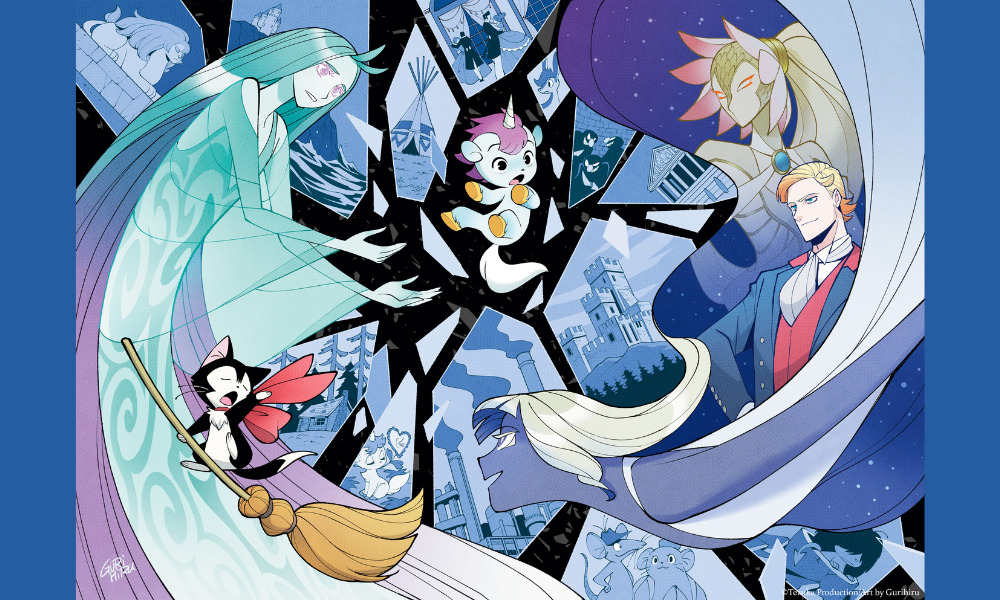 Gurihiru (the Eisner Award-winning artist team behind Superman Smashes the Klan and the highly anticipated  Ultraman: Another Gene) and Samuel Sattin (the acclaimed novelist and co-writer of Crunchyroll’s Essential Anime) are reinventing Osamu Tezuka’s beloved character Unico for a new generation of readers with an all-new 162 page manga, titled Unico: Awakening (ユニコ: 目覚めのおはなし).

Octas Inc.’s ambitious Kickstarter campaign for Unico: Awakening launched May 1, and fans can rest assured the book will be available soon in both English and Japanese, having quickly exceeded the project’s $50,ooo goal with 500+ backers.  Rapidfire donations were fueled by beautiful reward items created by acclaimed artists. 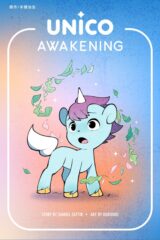 Osamu Tezuka’s Unico is the charming story of a young unicorn who enrages the Greek Gods when he inspires humans with his hope and positivity. The Gods punish Unico by banishing him across space and time, until he forgets all he once was. Unico remains constantly on the move, transported from era to era, where he must escape the Gods again and again, only to have his memory erased anew. The only thing saving Unico from oblivion is the mysterious Spirit of the West Wind, who feels sorry for Unico and tries her best to protect him.

“Unico has the power to make a person happy when they are loved,” said Gurihiru. “I would like to share with others the kindness and strength of Unico, which will never change even as the times change.” 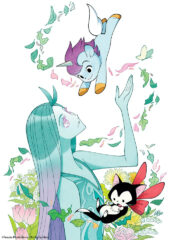 Unico: Awakening is inspired by Tezuka’s “The Cat on the Broomstick” storyline from the original 1974-76 manga.  Gurihiru, who illustrated Avatar: The Last Airbender and It’s Jeff, and Sattin are working in careful coordination with Tezuka Productions in Japan to bring their new vision forward:

In this re-imagining, Unico befriends a stray cat named Chloe, and the two new friends aid an old woman who Chloe mistakes for a witch. When Chloe realizes Unico can do actual magic, she begs him to turn her into a human for a few moments of each day. Unico agrees — so long as Chloe doesn’t lose touch with her feline identity. When a dangerous man and the Goddess Venus set out to destroy Unico, the Spirit of the West Wind must search the ends of the universe for a way to end Unico’s eternal cycle of suffering. 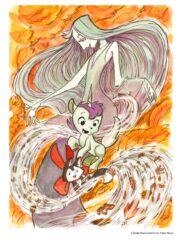 “It is our hope that, in modern times where the world can sometimes seem bleak, we can offer a tale of resilience in homage to the God of Manga’s original messaging of social welfare and eco-consciousness,” said Sattin. 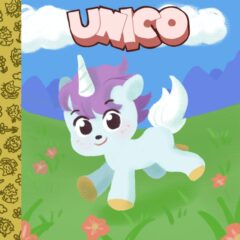 In addition, fans can collect Unico: Awakening Artifacts, a series of limited edition collectibles created by acclaimed American cartoonists, including: 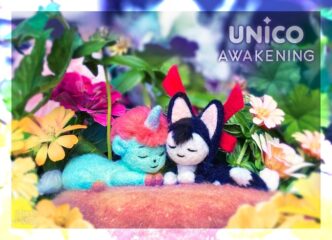 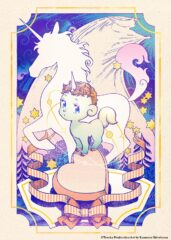 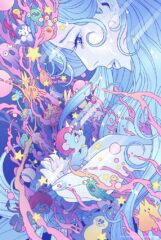 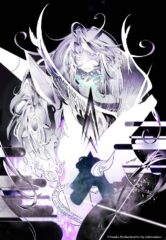 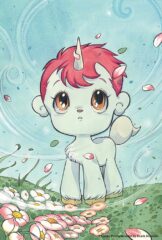 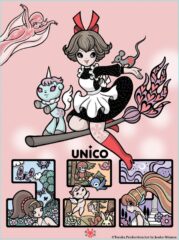 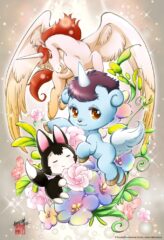