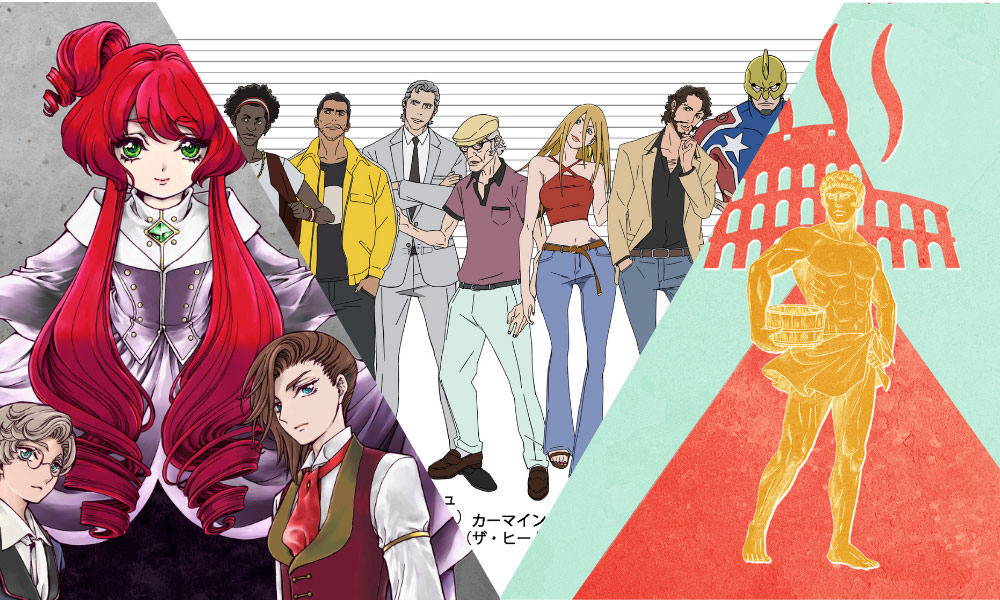 For the second day of Annecy, Netflix kicked off a busy morning of panels and WIP sessions with its Anime Studio Focus, putting a quartet of highly anticipated titles front and center. Kohei Obara, Anime Producer for Netflix, hosted the session from Tokyo and shared the studio’s gratitude to Annecy for uniting the global animation community through this year’s virtual-live hybrid event.

“Anime is a powerful artform that has been captivating people for many decades, including us at Netflix. We have always celebrated and championed this special medium and its many creators and fans from around the world,” Obara stated. “We are truly, truly committed to be a best-in-class home for fans and creators, and this year alone we will be premiering about 40 new anime titles — close to double the number we brought to fans last year.” 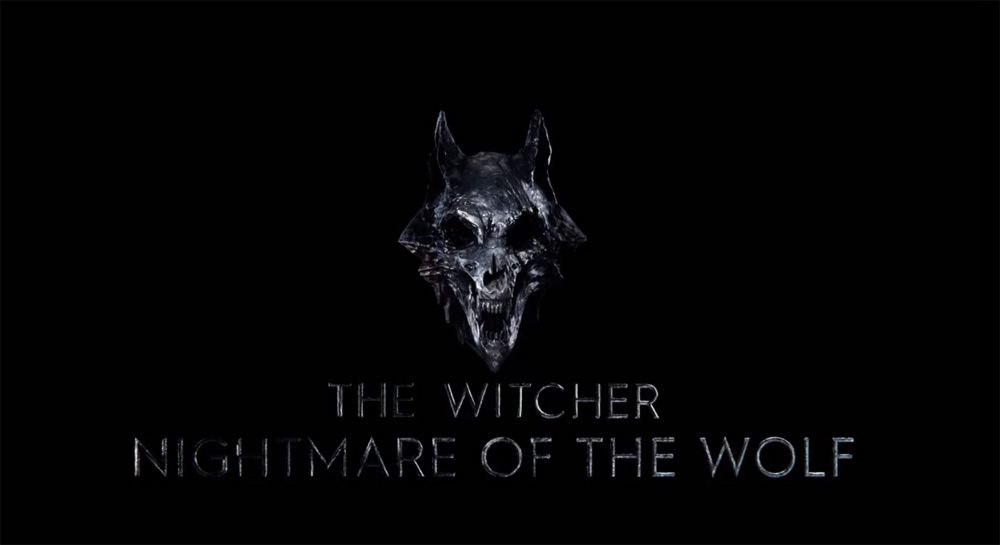 The Witcher: Nightmare of the Wolf

Director/executive producer Lauren Schmidt Hissrich (showrunner, The Witcher), producer/writer Beau DeMayo and co-executive producer/director Kwang Il Han (Studio Mir) were prompted by Netflix Anime Producer Dylan Thomas to discuss their work on the standalone prequel feature The Witcher: Nightmare of the Wolf, which will bring audiences back to Andrzej Sapkowski’s compelling fantasy saga in a thrilling new way. The 2D anime from the accomplished Korean studio behind The Legend of Korra, Voltron: Legendary Defender and Kipo and the Age of Wonderbeasts “explores a powerful new threat facing the Continent” while revealing the history of the Witchers through Geralt and his mentor, Vesemir (leading into his debut in the live-action show), and of magic in this world.

Hissrich shared both her love for Sapkowski’s stories and her excitement to adapt more Witcher lore free of on-set constraints. “We can do things in animation that we simply can’t do in live action. When Beau first wrote this amazing script for us — I’m a television writer, so everything I write has to be able to be done by real people in a real production on a real set — and he wrote this amazing battle, and my first thought was: ‘We’re never going to be able to do that,'” she recalled. “It was so wonderful to free myself of those creative constraints and say, we can actually do anything we want to do here. And it really allowed us to sort of dig into the story in a new way, and sort of explode our brains out creatively.”

“Our earliest conversations were pretty high altitude, and we wanted to make sure that the anime kind of expanded our understanding of the continent and its history. But I think more than that, I wanted to focus in on a story that was very personal to the Witcher world and its history, and that felt very human — despite the fact that we would have all these fantastical elements surrounding it.” DeMayo explained. “[I also] wanted to make sure that we were telling a story that could only be told in animation and really took advantage of what animation could do both visually and emotionally.” DeMayo, who was writer/story editor on CW vampire drama The Originals as well as writing for The Witcher series, describes his new project in brief as “a Gothic romance with a ton of action.”

Han, whose credits include The Legend of Korra, The Boondocks and Voltron, described the inspirations he felt reading the books ahead of production and his process for bringing the world of The Witcher to life, while background art concepts and location sketches were teased on screen:

“Each animation work has a concept. I always think that a viewer’s concentration depends on how realistically and well the concept is represented, and on the perfection of the composition. This approach was influenced by the autobiography of the director Miyazaki., as well as my own experience. When building a view of this world, or stage, of The Witcher, we first create the landscape. After constructing the terrain, many background elements are placed to the east, west. north and south. This determines the location of the sun or moon — this is the foundation of where the light will be coming from. It goes into more detail from here,” Han explained. “When I use this method, other artists sometimes ask me, ‘Why do you have to make such a connection and include it in the layout when these elements are not even in the path of characters?’ … These details may be small things that are hard to see, but they add realism.” 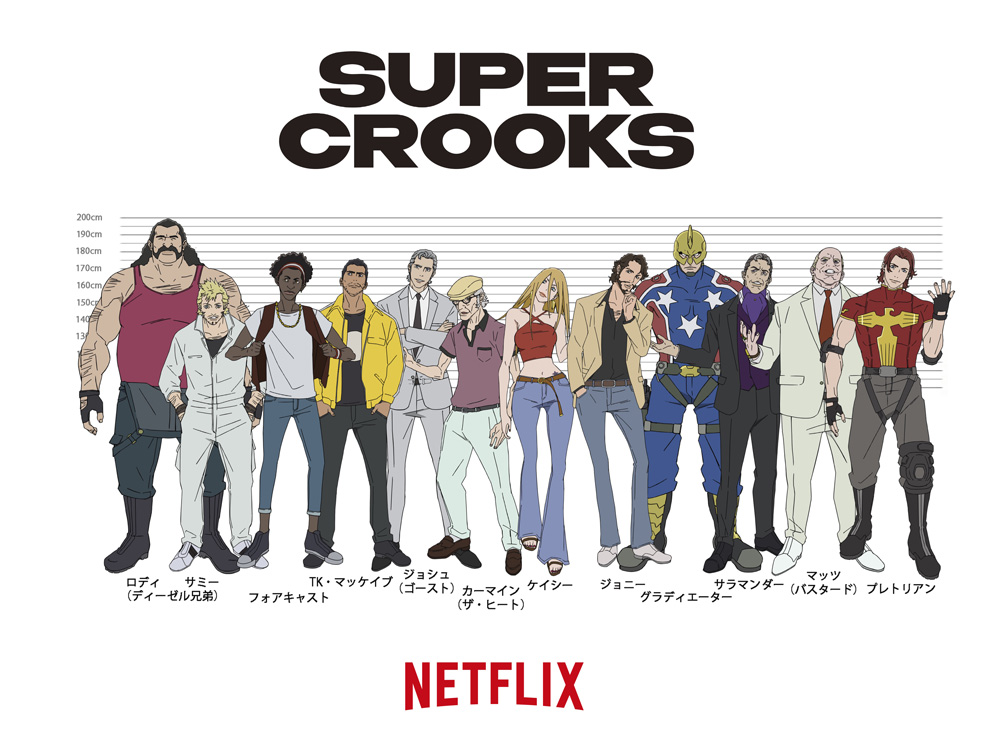 Hori (BECK, Carole & Tuesday) described himself as a big fan of Millar’s work, and was excited to take on the project as his first solo directing gig. He also explained that the original book only accounts for about three and half of the 13 episodes in the series, so even established fans will discover something new.

“The original plot for the new section was written by Mark, but when we were turning it into the actual piece, I didn’t think it was a good idea to veer from the original feel, so I was very careful about that. We had [comic-book artist] Leinil Yu draw the character design — tt was just before the pandemic, and I had Mr. Kyo come with me to visit San Francisco,” Hori shared. “Something I was determined to do was to make Johnny cool and Kasey cute, I think these two points are very important,” he added with a laugh.

Since the series starts with a prequel of the original story, Yu was asked to create past versions of Johnny and Kasey, which Mitani translated to animation — Hori noted that Japanese animation artists are used to working with teenage lead characters, whereas like many American comics, Millar’s “heroes” are adults, so this step gave the director some anxiety! (Spoiler: Millar is pretty darn happy about the final result.) 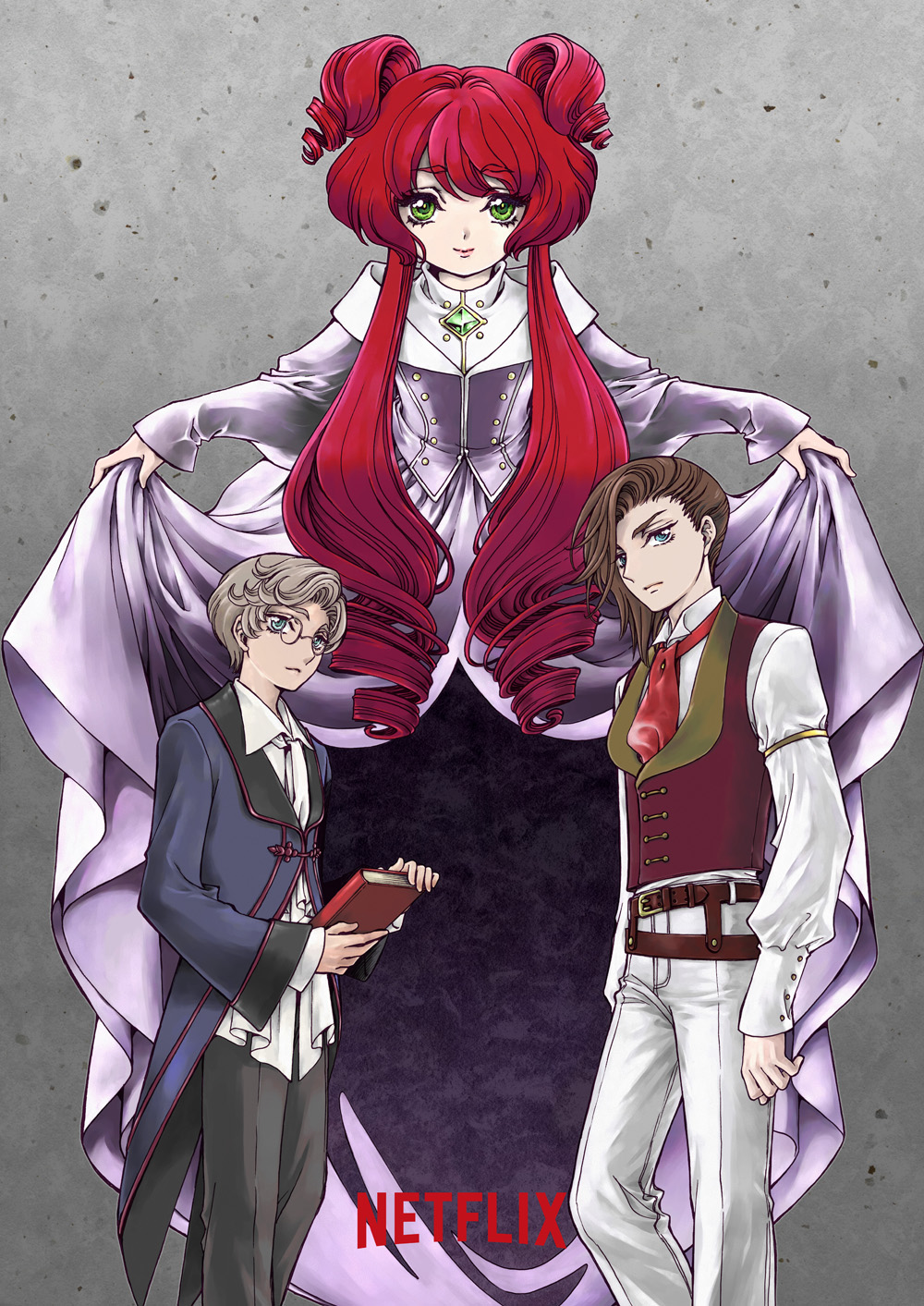 Fans of the all-female manga creating collective CLAMP (Cardcaptor Sakura, Chobits) got a first glimpse at the upcoming Brothers Grimm-inspired project. The project is the very first result of the initiative announced by Netflix last year to form partnerships with individual creators for original anime projects. Putting an “entirely new and modern twist” on the classic fairy tale collections, the anime features character designs by CLAMP with a script by prolific screenwriter Michiko Yokote (whose credits include the manga-ka’s xxxHolic TV series). Obara notes that the show will be “boldly arranged with a splash of horror and suspense.” WIT Studio (Great Pretender, Attack on Titan S1-3) is leading animation production.

While the creatives could not be in attendance, they shared a written statement: “For all of us at CLAMP, it is truly an honor to be designing the characters for this exciting, new interpretation of the world-famous fairy tales by the Brothers Grimm and as anime fans ourselves, we cannot wait to see this story unfold with all of its surprises and refreshing emotions it carries.” 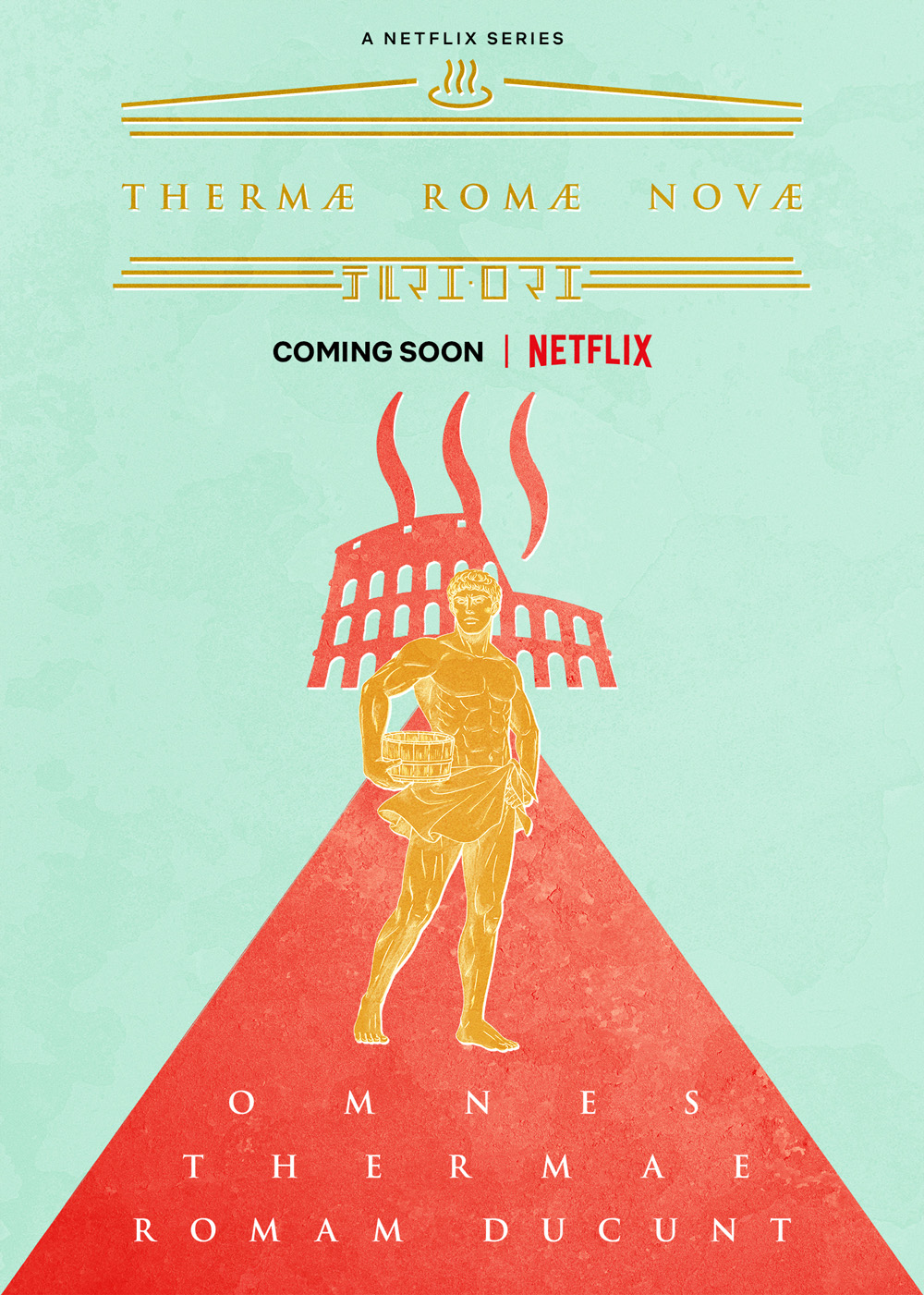 And putting the final tessera in the Netflix anime mosaic, new teaser art for time-traveling bath house comedy Thermae Romae Novae was revealed. Manga creator Mari Yamazaki, who is creating brand new episodic stories to add into the series, discussed adapting her popular tales of an ancient Roman bath designer named Lucius who accidentally slips through time and learns about modern Japanese bath culture. Having lived in both Japan and Italy, Yamazaki was inspired by the fascinating similarities she saw between the two cultures, and hopes to spark interest in viewers by sharing this information through the unusual stories of Thermae Romae.

“Thermae Romae was already made into a live-action film, and a Flash anime was made as well, but I always felt that I wanted to see more elaborate animation. At the same time, I thought I would not have a chance like that,” Yamazaki confessed to Netflix’s Kyo (actually, a big fan of hers!). “So, when I got the offer [from Netflix], my challenging spirit was fired up to make my piece into anime. I’m the one who really wants to see what it is going to be like.”

In utilizing story ideas she was unable to fit in her original graphic novel, Kyo brought up that Yamazaki has added two new (novae, if you will) elements to the series — without revealing any major spoilers. “There were some episodes that I wanted to include while I was writing the original, but could not, and this is the stuff I was hoping to add if I got a chance to with a spin off — I can’t wait to do it, but I don’t know when!” Yamazaki quipped. “So, first, I’ll include it in the anime.” One thing fans can look forward to: some prequel revelations.