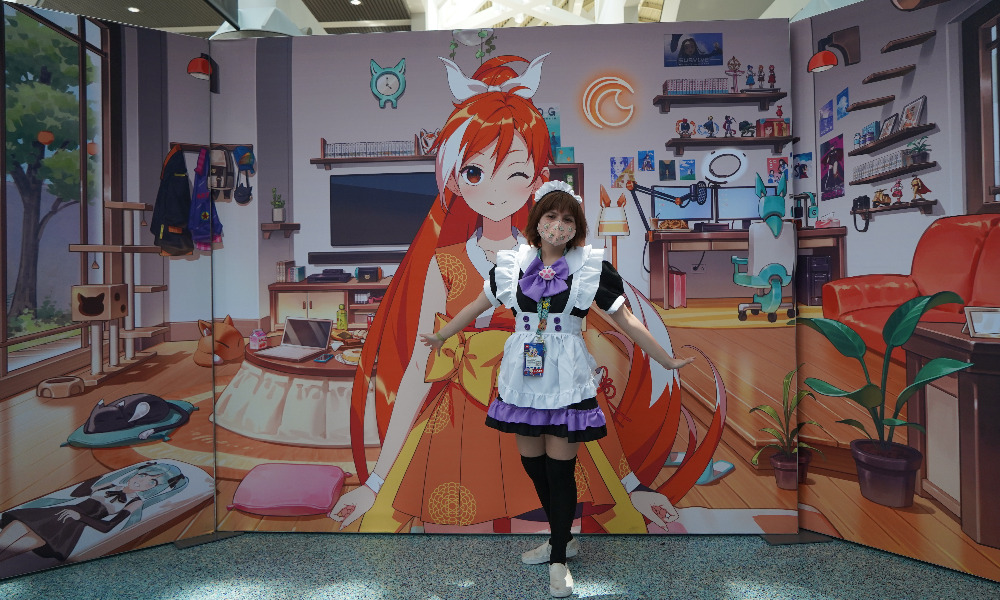 Fans took photos with Crunchyroll-Hime during the Anime Expo weekend

Crunchyroll, the global leader in bringing the ultimate anime experience to audiences around the world, shared an incredible amount of exclusive announcements to attendees at this year’s Anime Expo in Los Angeles over the Fourth of July weekend. From My Hero Academia to Dragon Ball news along, acquisitions announcements for Solo Leveling and OVERLORD IV, as well as first looks at TRIGUN STAMPEDE, Mushoku Tensei: Jobless Reincarnation Season 2, To Your Eternity Season 2 and more, fans will have much to look forward to coming soon to Crunchyroll.

During the Crunchyroll Industry Panel on Sunday, July 3, an abundance of electrifying news was delivered to whet fans’ appetite for some highly anticipated titles coming in the near future. The following announcements were made: 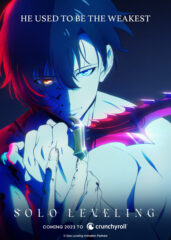 Solo Leveling – The beloved Korean manhwa written by Chugong and illustrated by DUBU (REDICE Studio) will be adapted into an anime series by A-1 Pictures and simulcast on Crunchyroll worldwide outside of Asia. The first key visual and English teaser trailer was revealed to much excitement. The production staff was also announced, which included:

Synopsis: It’s been over a decade since the sudden appearance of the “gates” — the paths that connect our world with a different dimension. Since then, certain humans have awakened to supernatural powers. We call these individuals “hunters.” Hunters make their living by using their powers to conquer dungeons inside the gates. In this world of tough customers, the low-ranked hunter Jinwoo Sung is known as “the weakest hunter of all mankind.” One day, Jinwoo gets fatally injured when he runs into high-rank double dungeons hidden within a low-rank dungeon. Just then, a mysterious quest window appears in front of him. On the verge of death, Jinwoo decides to accept the quest and starts leveling up… while the others aren’t.

“About six years ago when I was writing the very beginning of Solo Leveling, if someone had said to me, ‘The novel you wrote will become a comic,’ I bet I’d have told them to stop pulling my leg. But now, I’m told that it’ll be animated?! Seriously, stop pulling my leg!” said Chugong. “But these days, I’m feeling excited and thrilled. Since I’m still half-doubting that this is real, I want to see Jinwoo and the other characters get animated soon and feel relieved. I’ll keep working diligently while looking forward to that day.”

“Solo Leveling is finally making its anime debut. It feels like only yesterday that we got the offer for the anime adaptation. I feel so overwhelmed when I think that the anime is really being created right now,” added DUBU. “This is all thanks to you fans who love and support Solo Leveling. I’m filled with gratitude. Thank you very much. Also, please support the animation production team. If this anime gives new enjoyment to the readers, I’ll be very happy.” 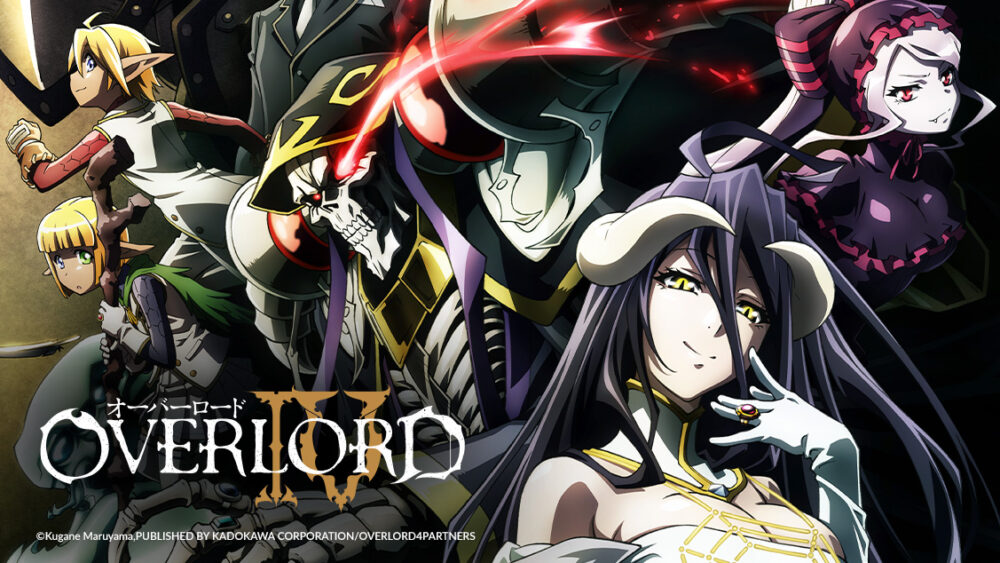 OVERLORD IV – New key art was unveiled to confirm that Crunchyroll will stream the fourth season of the popular anime series on its platform starting July 5 for the Summer 2022 anime season.

Synopsis: Newly crowned Ains has big plans for his Sorcerer Kingdom, but so do his enemies. Deep in the mountains of Azerlisia lie the Dwarves’ mortal enemy, a demi-human race, the Quagoa, gathered ready to invade. To make matters worse, other kingdoms conspire to overthrow the undead king! Will his vision for a utopia come to fruition? Heavy lies the crown, even for the guy with unlimited power.

Hello Kitty x Fruits Basket collab – BoxLunch announced the launch of this super cute collab, with the first piece available for purchase at Anime Expo. The full collection of Fruits Basket x Hello Kitty and Friends, which brings together Sanrio’s beloved characters with Tohru Honda and the shape-shifting Soma clan, launches at BoxLunch and Hot Topic this August. 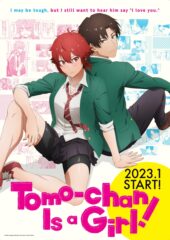 Tomo-chan Is a Girl! – An anime adaptation for the manga written and illustrated by Fumita Yanagida has officially been announced and will be produced by studio Lay-duce. The series will be simulcast on Crunchyroll starting January 2023. Fans were given a first look with an all-new key visual along with a teaser trailer subbed and dubbed.

To Your Eternity Season 2 – Announced recently to arrive on Crunchyroll this Fall 2022 anime season, a brand new trailer was revealed for the highly anticipated second season of To Your Eternity. 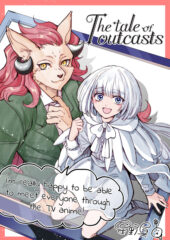 Synopsis: The demon by her side is her salvation. The girl by his side is his pastime. Their encounter in the late nineteenth-century British Empire begins the tale of a search for someplace to belong. To their fellow outcasts, this demon and girl whisper their tale in the dark of night. 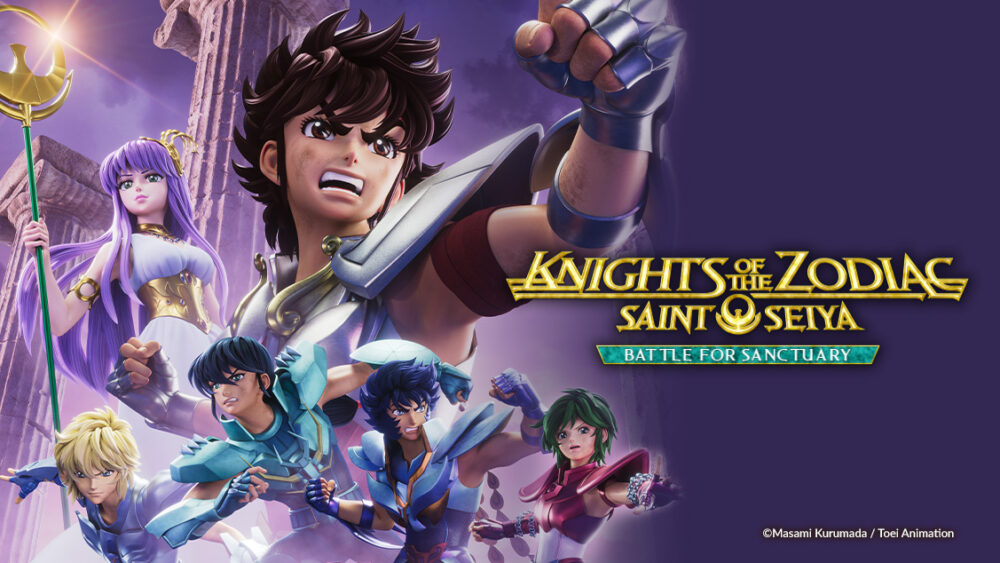 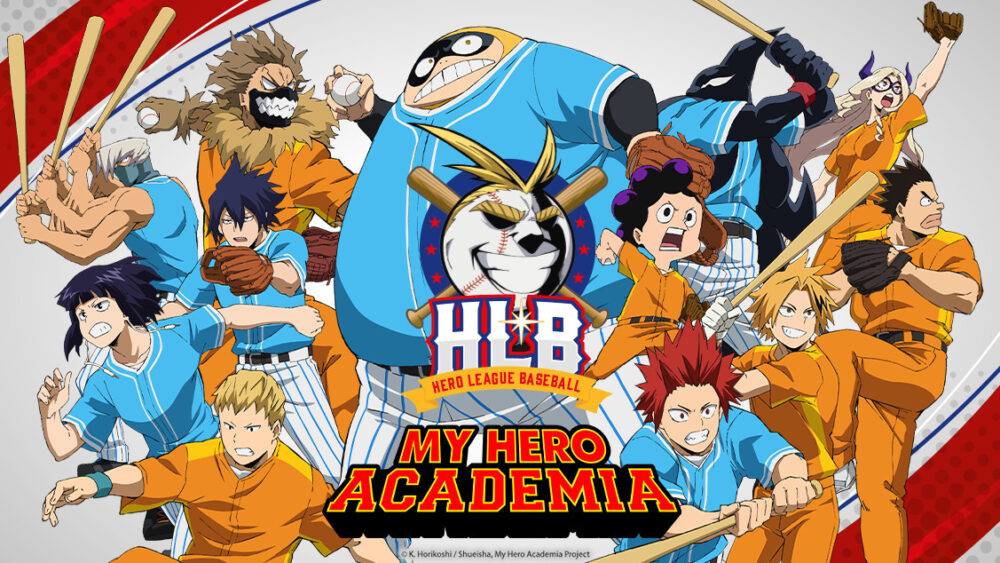 On Friday, July 1 during the North American premiere of the two new My Hero Academia Season 5 OVAs, HLB and Laugh! As if you are in hell, which will make their debut on Crunchyroll on August 1 at 5 a.m. Pacific Time. The OVAs (Original Video Animation) will be subbed and dubbed.

At the TRIGUN STAMPEDE Lock ‘n Load Panel!! on Saturday, July 2, attendees were shown the first look trailer teasing footage of a young Vash and his twin brother Knives, as well as Rem, who tries to send the brothers to safety. Time flies, and we see Vash grown up to be a wanted man with $$60 billion bounty on his head. A new key visual featuring Vash the Stampede also debuted for the newly announced anime series reboot that will be streaming on Crunchyroll in 2023.

Additionally the Japanese voice cast was announced, which included Yoshitsugu Matsuoka as Vash Stampede, Junya Ikeda as Knives Millions, Tomoyo Kurosawa as Young Vash, Yumiri Hanamori as Young Knives and Maaya Sakamoto as Rem Saverem. It was also announced that Kenji Muto will direct the series.

“Rather than simply tracing the original manga that started 27 years ago, we wanted to define the meaning of creating this work as an entertainment piece in this day and age. So Nightow-sensei, producers, and I talked again and again. In the far distant future, a spaceship lands on an unexplored planet called No Man’s Land. Reminiscent of the American Old West, the residents of No Man’s Land, who are the immigrants from Earth, create a new, free world where myriads of cultures and religions coexist, with guns in their hands. While it’s a fantasy, we wanted to illustrate a world that resonates with our reality. We feel close and are drawn to the characters who do whatever they please in that world.,” Muto shared during the panel.

“It’ll be a super cool battle-action series where outlaws, sheriffs and gunslingers are constantly blazing guns. And please sense the twin brothers’ clash of fate that lies underneath. It’s my directorial debut, so it might not be perfect. But I’m confident that it’s a ‘flawed-yet-attractive’ product. Please enjoy the journey of the invincible gunman Vash the Stampede, who never stops running away with no guns and no violence.”

For those who couldn’t make it to the panels or attend Anime Expo, Crunchyroll hosted daily recaps on its Twitter, Instagram, TikTok and YouTube Channel, giving fans all the greatest highlights from each day, including panels, cosplay, fan interviews, collectible features, and so much more.