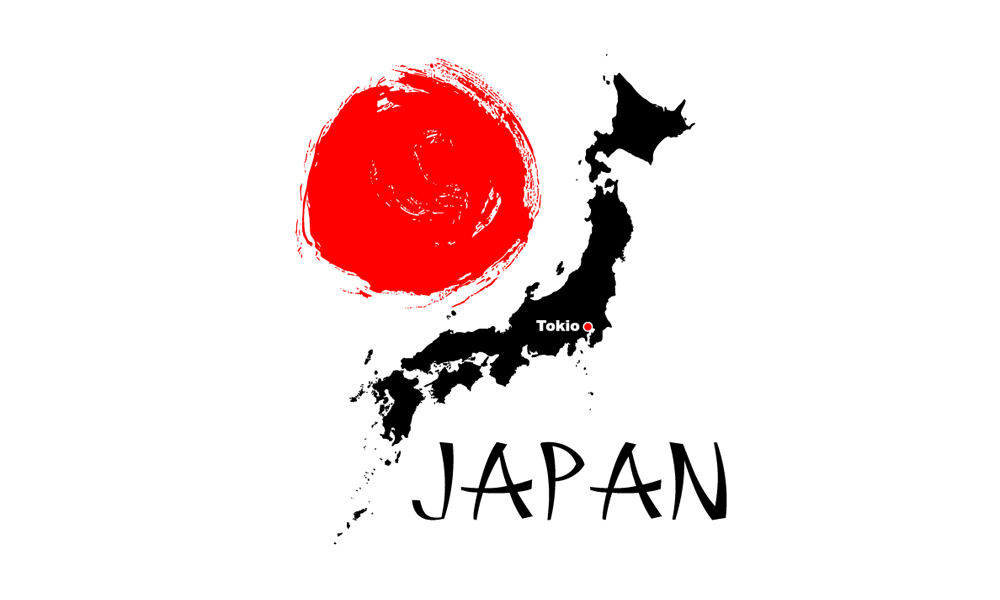 ***This territory focus originally appeared in the June/July ’19 issue of Animation Magazine (No. 291)***

Japan is arguably the world’s most mature market for animation, with the local industry generating animated projects aimed at all types of audiences which find wide success across multiple platforms.

Production has been on the rise in Japan, fueled in part by a desire to replicate the recent international success of such films as Makoto Shinkai’s 2016 blockbuster Your Name., which made over $358.9 million worldwide. Last year was also a good year for Japanese animated feature, with Dragon Ball Super: Broly ($116.7 million), Detective Conan: Zero the Enforcer ($108.1 million) and Doraemon: Nobita’s Treasure Island ($83.9 million) all bringing fans to theaters around the world; One Piece is another popular franchise, with 2016’s One Piece Film: Gold earning $70.6 million. The Japanese animation market has been growing continuously for the past five years, and it exceeded the 2 trillion yen mark in 2016, according to the Association of Japanese Animators (AJA). 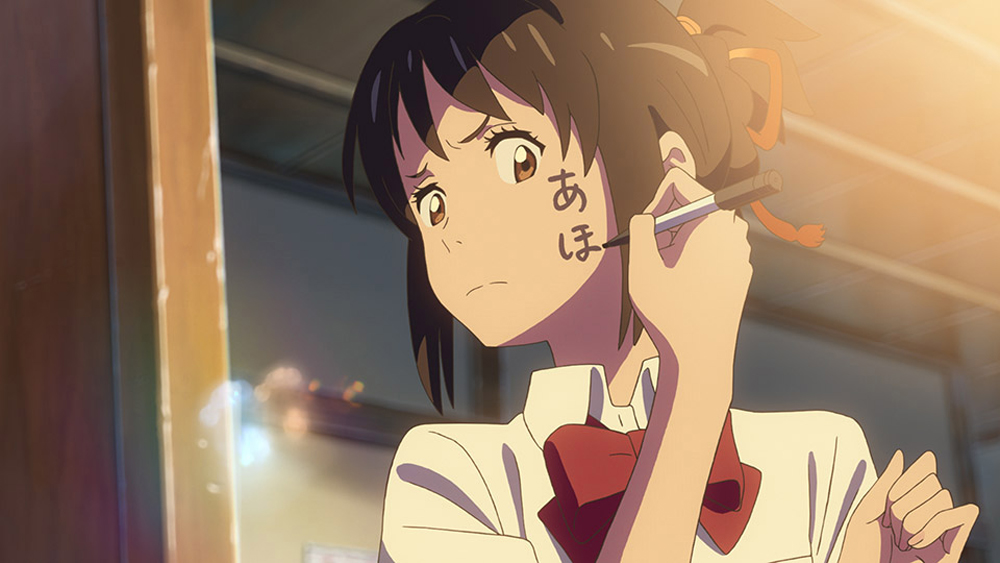 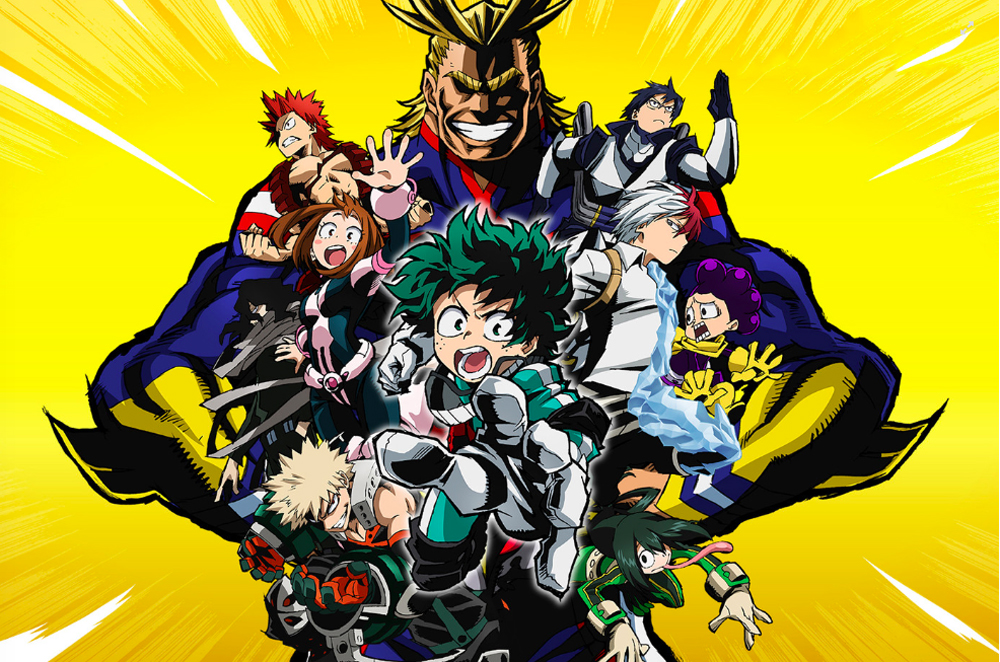 In the short term, that’s made it more difficult for producers to find and hire qualified animators (even the illustrious Studio Ghibli recently put out an open call for digital painters). It also runs the risk of flooding the market with more titles than it can support. But Japan’s industry has shown its ability to tell stories for adults as well as the wider all-ages audiences that most animated features and episodics shoot for.

Plus, it’s perfectly positioned to take advantage of the opening market in China.

Here’s what some of the executives we reached had to say about the state of the animation industry in Japan and its future: 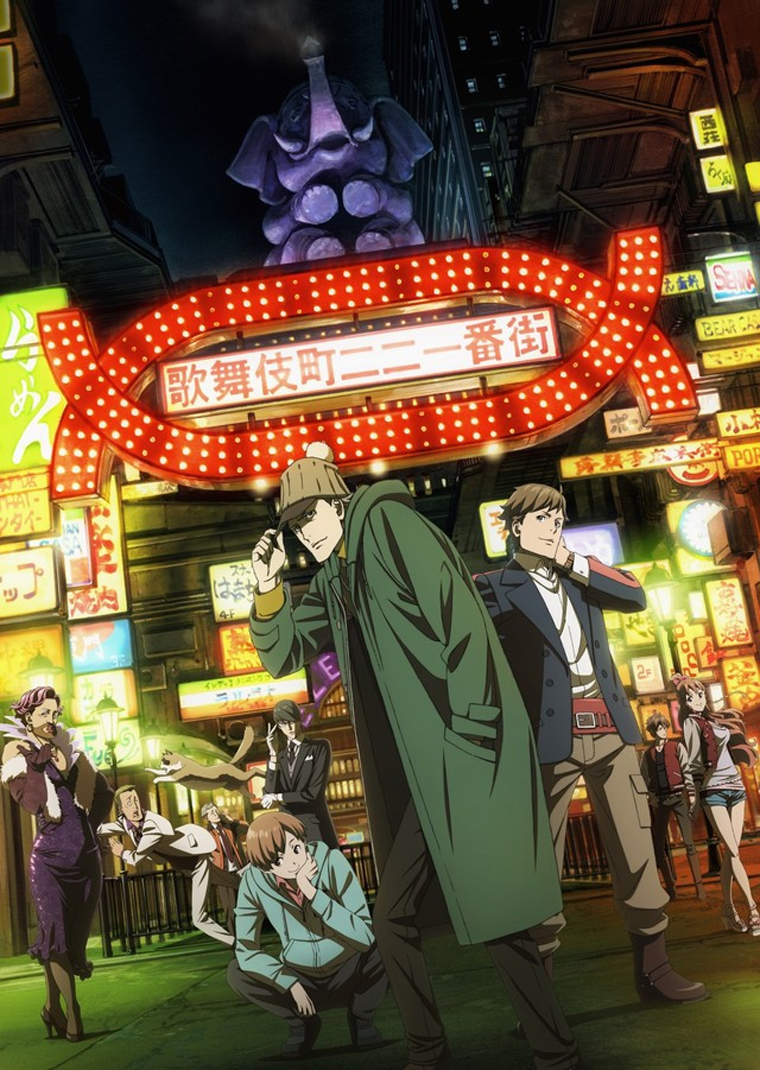 Production I.G. is looking forward this year to the release of its original series, Kabukicho Sherlock, which will air in October, as well as taking its TV series Legend of the Galactic Heroes: Die Neue These Seiran to theaters.

Production I.G is definitely feeling the impact of the effect the overall increase in production is having on the availability of animators. “While the decline of the number of animators is seen everywhere, schedules are getting tighter and everybody is overworked,” he says. “This phenomenon is getting worse every year and something needs to be done.”

The company is therefore looking for animation talent anywhere it can find it: “We are open to accepting all kinds of creators and business people who are motivated and passionate about working with us,” he says.

Ueda laments the decline of the once-dominant home-video market. “I’m sure it’s the same everywhere but home videos which used to be the main source of revenue is no longer the main market and therefore sales are declining,” he says.

China looms large in the company’s outlook. “With a rapidly growing market in China and their content restrictions, we are all curious to see where it’s going to take us and how the industry will be affected by it,” he says. 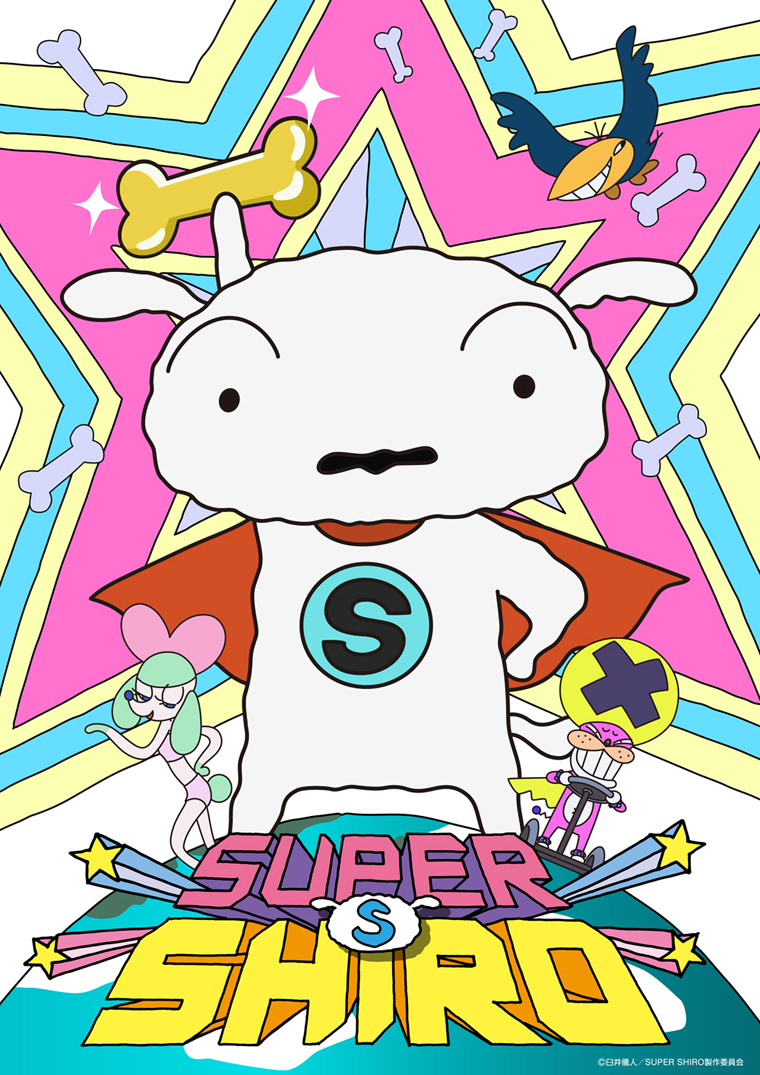 The top project for TV Asahi this year is Super Shiro (48 x 5.5 mins.), a new fast-paced chase comedy series inspired by the popular Crayon Shin-chan franchise. Produced by Masaaki Yuasa’s Science SARU, the series will premiere in Japan later this year and in early 2020 on Turner’s kids channels in the APAC region.

“Having received strong interest from potential partners in different countries and regions since its announcement in February, we are expecting the show to reach even wider and bigger audiences,” says Kishimoto.

The market has been expanding for about four or five years, with the number of productions and outlets for animation rapidly increasing. “It is always very good to see the market grow, but at the moment, people are wondering if it is something healthy and sustainable,” he says. “When you have many projects being produced in the industry, one of the side effects is having to deal with a serious shortage of talent and artists. With record-high production in place and most of the production pipelines being occupied for the next couple of years, people are already talking about slots for 2022.”

The most difficult part is finding staff. “Such a shortage of workforce, from animation directors to production assistants, is not only because of the record-high number of productions in recent years but also because we are seeing less and less young and new talent in the industry,” says Kishimoto.

Incentives are needed to encourage more young people within Japan to pursue animation careers. Recruiting from abroad might be necessary, but such collaborations “do not always go as smoothly as expected,” says Kishimoto.

“For example, while production has gone to digital in most countries, Japanese studios are still sticking to the traditional hand-drawn animation style using paper and pencil,” he says. “Such differences in production, together with the language barrier, always makes it difficult for Japanese studios to procure their needed human resources wherever available. Instead, they are fighting over the limited manpower available in Japan.”

While the Chinese market is tempting for being so large and so near to Japan, Kishimoto says its unpredictable nature has prompted Asahi TV to keep developing business in other nations, such as India, to minimize the impact of changes in China.

“Recent policy changes by the Chinese government with regards to the censorship of foreign content for OTT platforms have been impacting many studios and production houses in Japan,” he says. “Many Japanese companies have had to change or adjust their content strategy, and some of them are being forced to look at new markets alternative to China, which of course is never easy.” 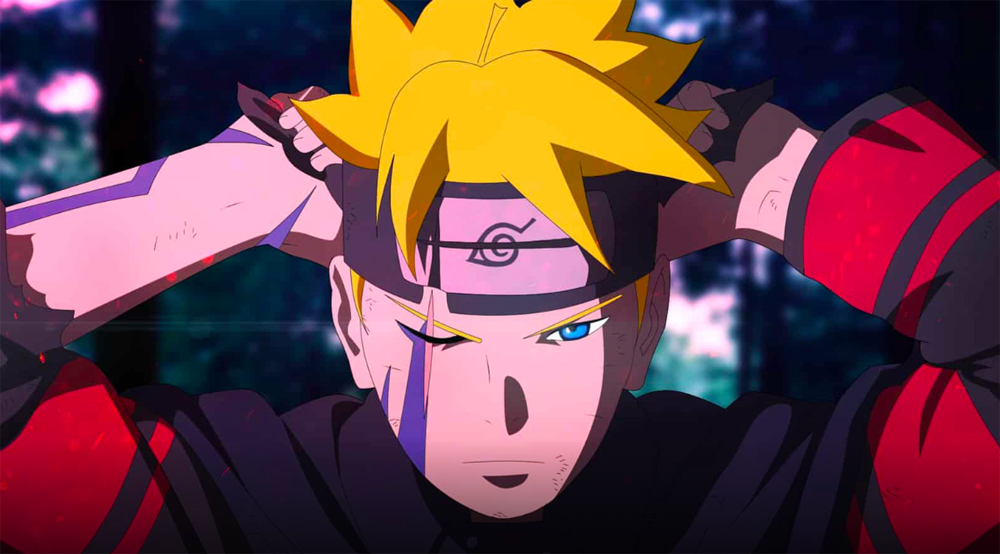 For American anime distributor VIZ, the demand on this side of the Pacific for Japanese animation is stronger than ever.

“For consumers, anime is more accessible now than it has been historically. Fans can engage with content in a variety of different ways, the most popular being streaming,” says Ige. “We have also seen year over year growth in consumer conventions. Anime Expo, which happens every Fourth of July weekend in L.A., now rivals San Diego Comic-Con in terms of attendance.”

The company’s most anticipated projects for this year include the second season of One-Punch Man, as well as new seasons of Boruto, the final season of Sailor Moon classic on home video, MegaloBox and new seasons of perennial hit Pokémon, Ige says.

Anime’s success has attracted new attention from Hollywood for adaptations. “Some recent examples are the Death Note (Netflix) TV series, and the Ghost in the Shell (Paramount) theatrical release,” notes Ige. “This summer we have Pokémon: Detective Pikachu (Warner Bros.) as well as recent announcements regarding two of the most iconic anime brands, Cowboy Bebop (Netflix) and Akira (Warner Bros.)” 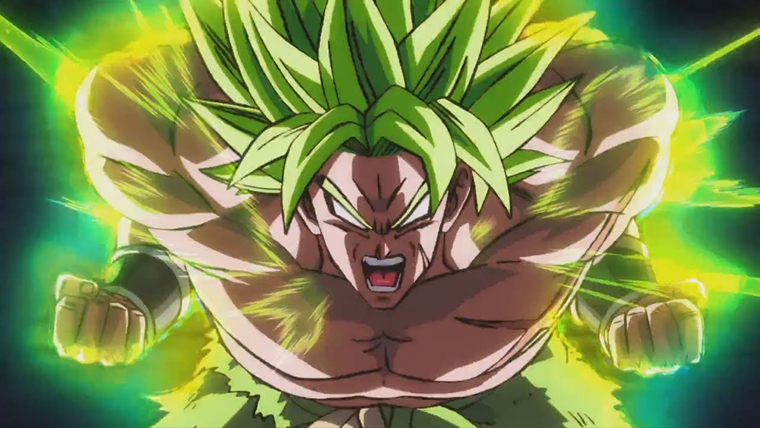 Based in Texas, Funimation is one of the leading distributors of anime titles in the U.S. Over the past 12 months, the company has had major success with titles such as Dragon Ball Super and My Hero Academia, both of which ranked in the Top 10 all-time highest grossing anime films in the U.S. at the end of their runs.

“These series also headlined strong streaming seasons during the year, which included numerous stand-out shows that not only resonated with large audiences but also helped grow the fan base for anime,” says Zehner. “This included fan favorites like Fairy Tail, Attack on Titan and Overlord as well as new hits like Fruits Basket, Wise Man’s Grandchild and That Time I Got Reincarnated as a Slime.”

According to Zehner, Japan is experiencing the same market transition challenges that the entertainment industry has faced in other countries — the home entertainment business is shrinking as an overall percentage of the revenue pie, yet Japan does not have as many established digital platforms to offset the lost revenues unlike for example in the U.S. “On the plus side, Western interest in and revenues from anime have exploded, and we’re helping to ease the burden on Japan as its market transitions,” he adds.

“Long term, the outlook is great as global interest in anime has surged,” Zehner believes. “I frequently discuss the fact that anime travels well. By that I mean the genre resonates with audiences worldwide. Both the creative talent and the global audience for anime are growing at an impressive pace — providing time for the business models to catch up.”

Funimation continues to push to provide the best content to its passionate fans in both sub and dub formats as quickly as possible. “To achieve this, we have revolutionized our recording process to enable us to offer Simuldubs day and date with the Japanese broadcast,” notes Zehner. “By working upstream, through pre-buys and through co-productions, we are making this a reality for more and more shows each season. By eliminating the gap between when sub and dub episodes are available, Funimation makes it possible for fans to experience and enjoy anime in whichever format they prefer as a single global fandom.” 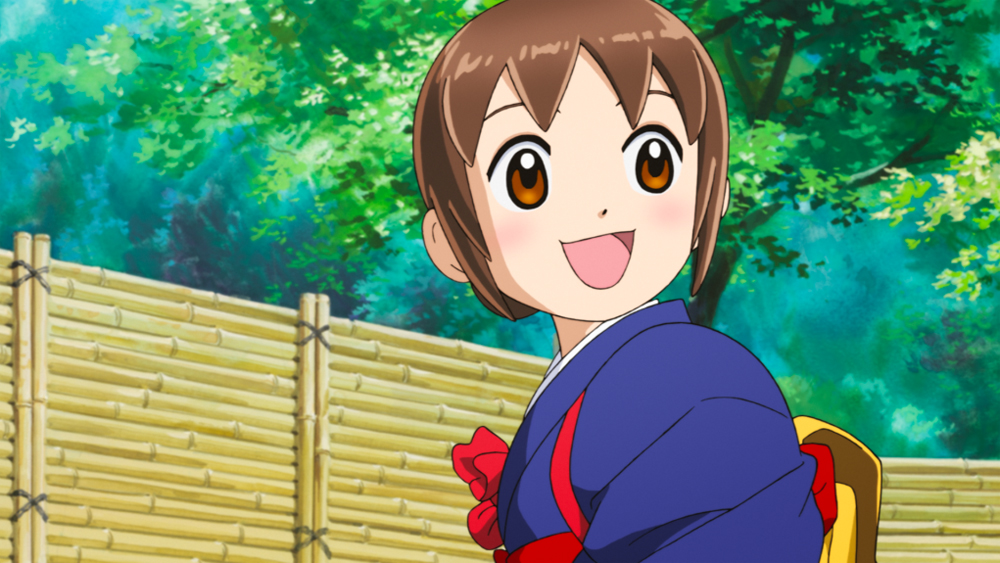 The distributor that specializes in importing the world’s best indie animated features to North American theaters is in talks to handle multiple films from Japan, which president David Jesteadt says is one of the nation’s most mature markets for animation.

“The animation industry there is so incredibly developed and creatively fertile compared to other emerging markets where the animation industries are still growing and just starting,” he says. “Japan definitely has a big advantage over other territories.”

Just finished releasing Okko’s Inn, GKIDS has announced Children of the Sea for later this year. “It’s a phenomenally beautiful animated film based on the manga of the same name,” he says.

Jesteadt traces the current production boom to the success of Your Name., which was a huge hit in Japan and then racked up an impressive number of awards, acclaim and commercial success abroad. “It proved beyond a shadow of a doubt there’s tremendous commercial success to be had with a local Japanese animated film,” he says.

How the domestic and international markets respond to these films when they come out will be telling, says Jesteadt. “The films will have to be released in such a way that they find their audience, so people don’t get tired of just the sheer number of films being made available to them,” he says.

Abroad, the industry’s mature storytelling skills and sensibilities give it huge advantage in the global market. “It does seem like the Japanese animation industry is actively looking to the international audience in a way they weren’t before,” he says. 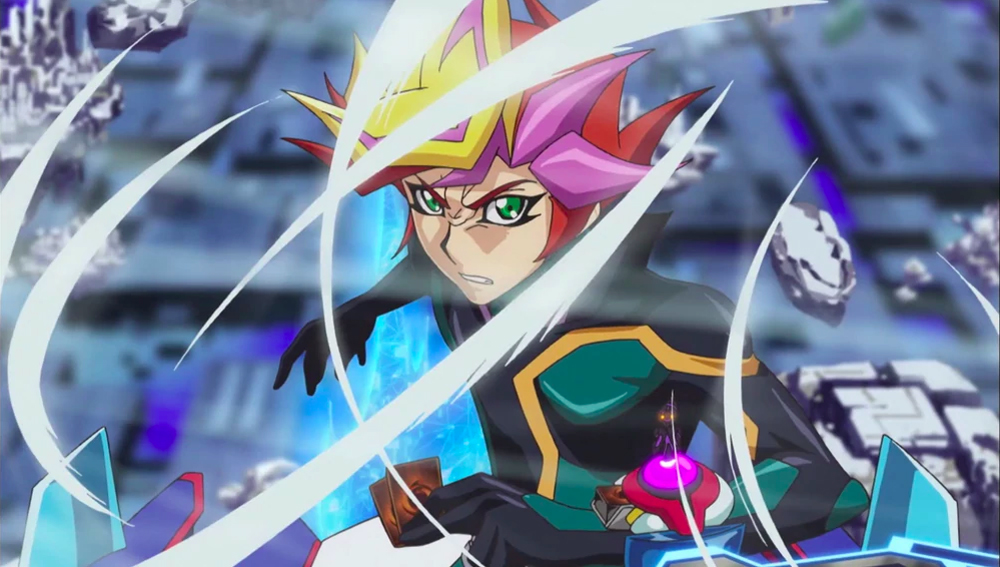 “We’ve had great success with the launch of Yu-Gi-Oh! Vrains, the new chapter in the popular anime franchise, which is produced by Studio Gallop in Japan,” says Kristen Gray. “Production began on the second season of the series in April. The global demand for the franchise continues to be strong, as the Duel Links mobile app game has exceeded 90 million downloads worldwide.”

She notes that appetite for anime continues to grow both in the U.S. and in other territories. “It’s less of a secret today. Yu-Gi-Oh! has always had a very strong storyline and emphasizes the power of friendship.

“I believe that Crunchyroll and the overall shift to streaming have both played a big part in the growing popularity of anime in the U.S. And the disruption of the broadcast/linear TV model has led the way, too. Under the old TV distribution model, there was limited inventory for anime shows. Now fans have the ability to stream and binge their favorite anime shows on various platforms and we are seeing the demand continue to grow.” 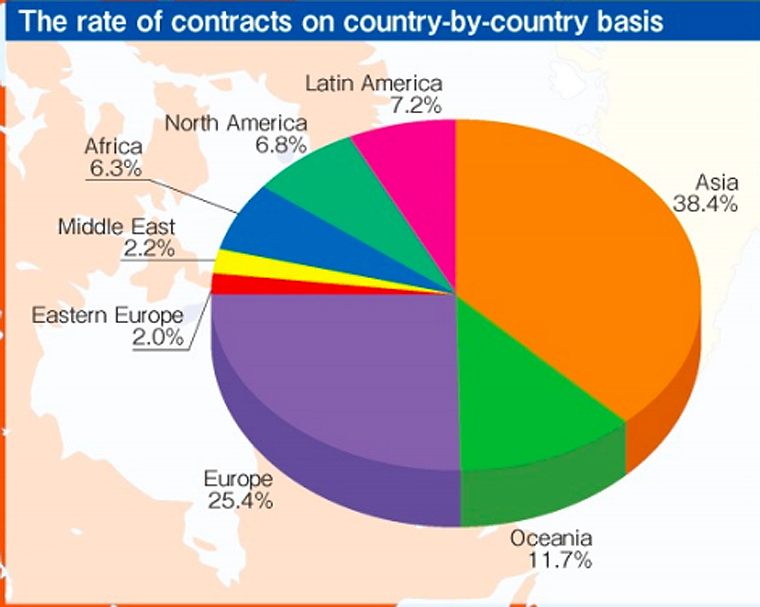 The rate of contracts on country-by-country basis 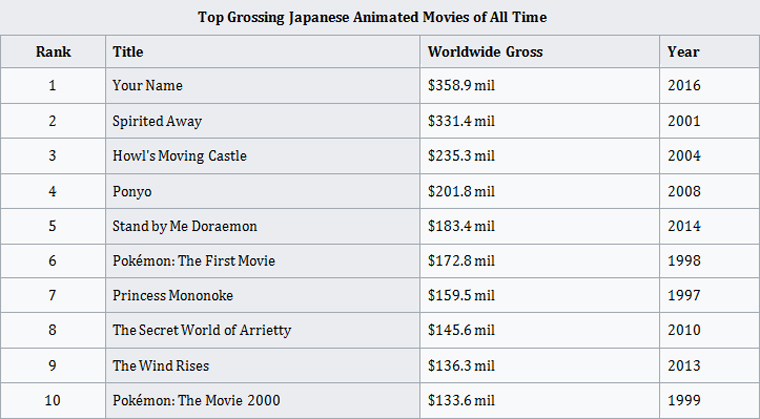