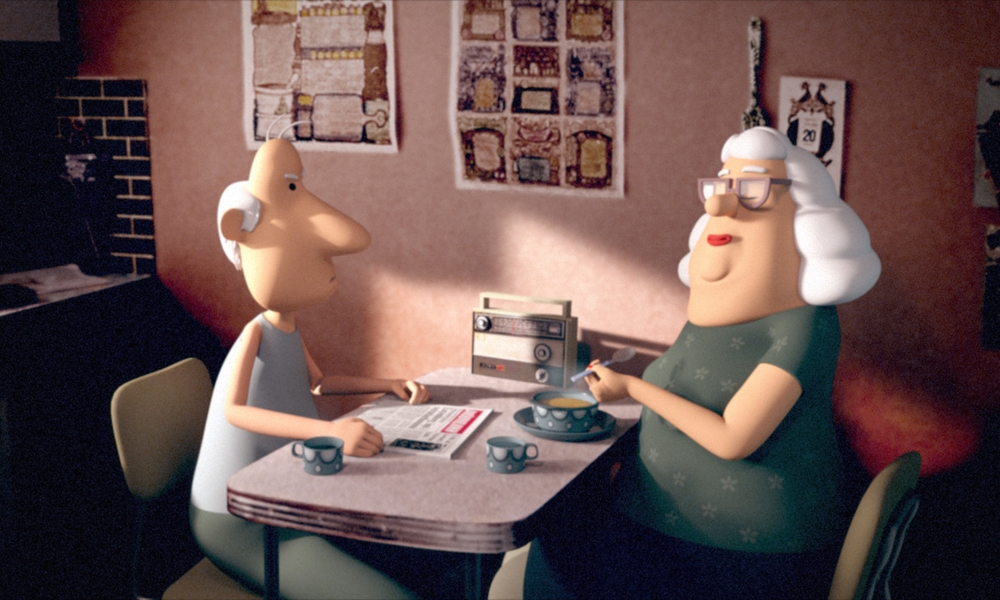 A single word contains a universe of meaning in Icelandic director Gísli Darra Halldórsson‘s animated snapshot album, Yes-People (Já-fólkið)– one of five animated shorts nominated for an Academy Award this year. The cleverly crafted film unfolds as a typical day for the residents of an apartment block, whose routines and habits reveal their inner character — and test their relationships. All while using only one spoken word: “Já.”

As well as the Oscar nomination, Yes-People has made a splash on the festival circuit throughout the past year, winning awards from Nordisk, Reykjavik Int’l Film Festival, Uppsala Short Film festival, Fredrikstad Animation Festival and Spain’s WEIRD animation festival, as well as screening at Annecy, Fantoche, ITFS Stuttgart and many more. Animation Magazine recently caught up with Gísli to learn more about the challenges and inspirations behind his taciturn tale: 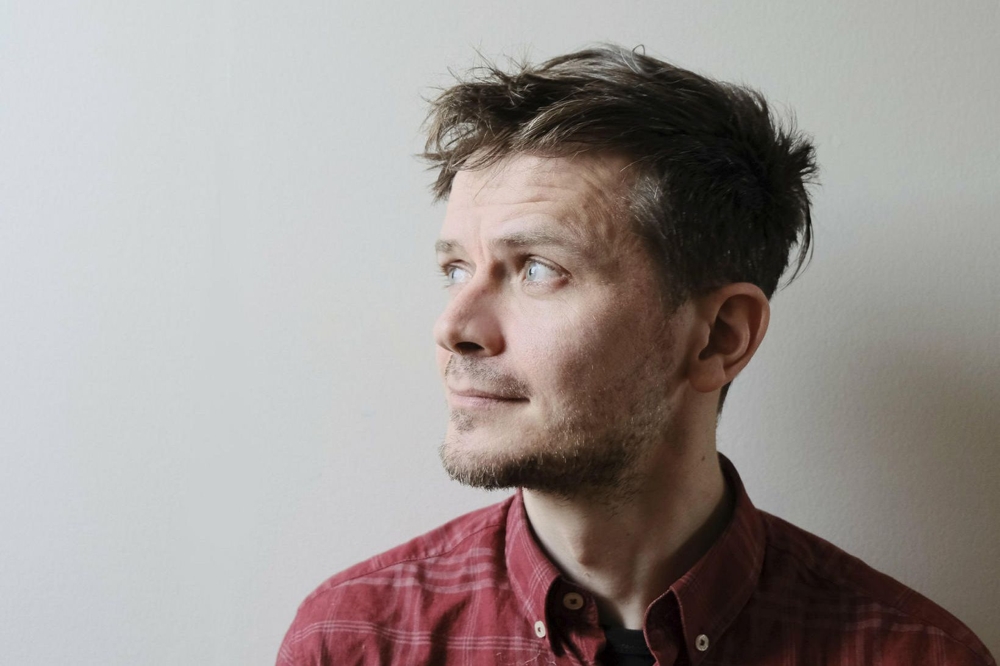 Animag: Can you tell us a bit about how the short project came to be?

Gísli Darra Halldórsson: The first seed was probably when I was explaining to my Irish friends – much to their glee – the Icelandic word “já” (yes) and its capacity to contain a plethora of meanings depending on intonation. That led me to think about the idea of a semi-silent-film which got me very excited – to limit dialogue to the primal language I imagine was used by our ancestors.

On the other hand, I was obsessed with routines and habits. I was having terrifying thoughts of running in circles all my life without any growth. Routines and habits can be such a recipe for great achievement and growth but also terrible regret. So, I started writing this mosaic story where the characters were all in their own way stuck in a loop (good or bad). They could only say one word and sing/play one song. To cement this trapping it seemed perfectly fitting that they were framed in the silent-film tradition where the camera doesn’t pan and there are long shots with hardly any cuts. 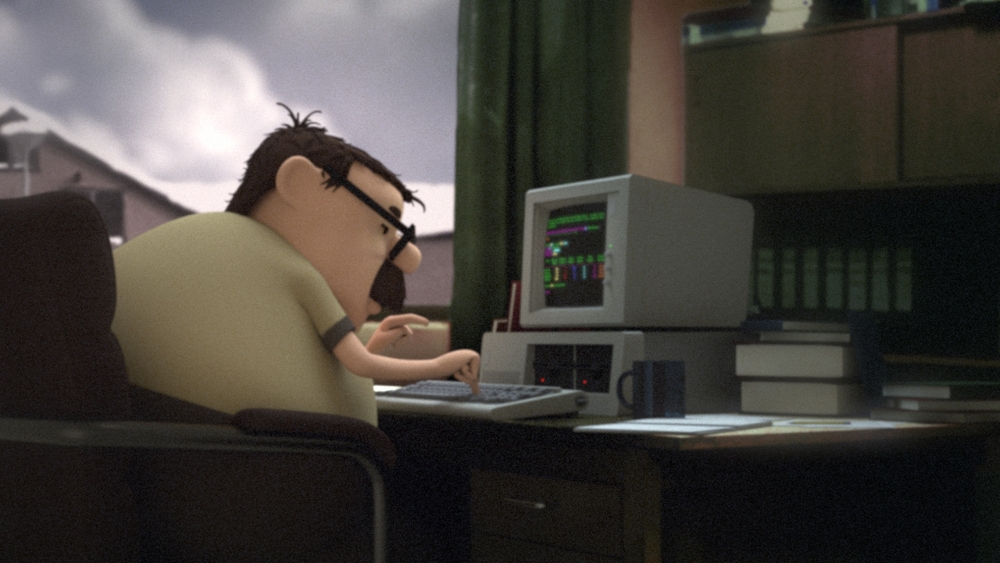 What was your inspiration?

There was a book … I can’t remember the name of it, but it was a collection of various routines of famous scientists, artists and politicians. They were all so very different but it was fascinating to see how the mundane-everyday was contributing to the big picture of their life and work. And also the film’s song that has no lyrics: “Sveitin Milli Sanda,” sung by Elly Vilhjálms. That was inspiring.

Can you talk about why you chose the specific medium of stop-motion?

We actually animated on a computer, but I’m glad you say stop-motion because I wanted to go for that feeling – animating on 2s – partly for budget reasons and also because I feel it can give the animation performance more presence and bite. It was also quite a low-budget film, so I wanted to try and “de-fi” the image (if that makes sense). I find it unauthentic when low budget films try to look high-budget, and CG doesn’t age very well. It also helped that I wanted the film to be more reminiscent of a silent film.

Which tools did you use to make your short? 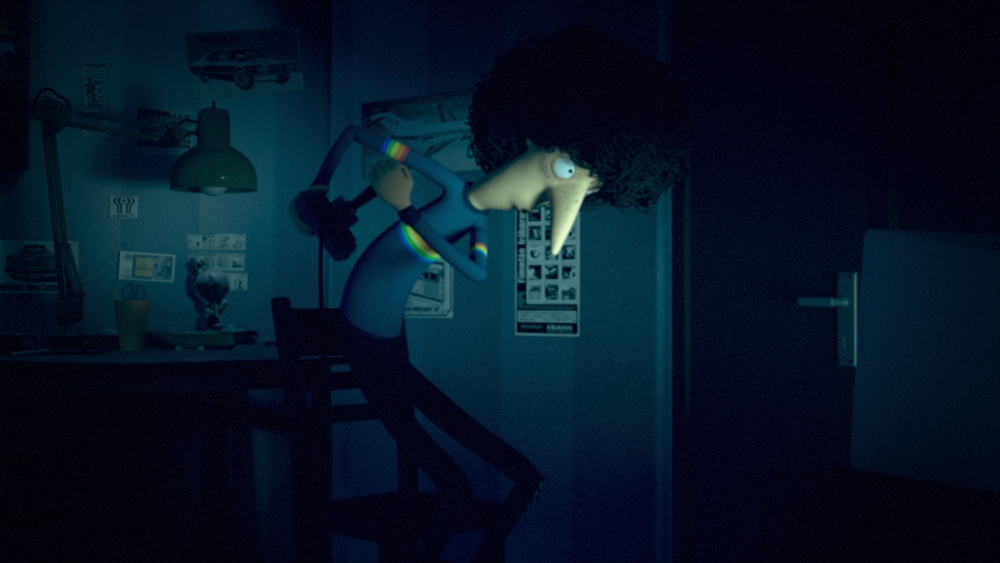 How much was your budget and how long did it take you to make the film?

We received about 49,500 USD from the Icelandic Film Centre, which was about a quarter of the proposed budget.

Actual time is quite nebulous, as writing and pre-production went on for five years utilizing tiny pockets of time between freelance jobs. When the IFC grant kicked in, we went into production in 2018 and finished the film near the end of 2019.

What do you love about working in this medium?

The level of control in animation is quite seductive of course but I also feel the medium has a lot of unexplored potential.

I have four projects in various mediums (live action, animation and a book). I will know better which one’s next after I get out of this Oscar ride, but I am eager to start another project. There is also a 72-minute film where people can only say the word “Volvo.” (I am kidding.) 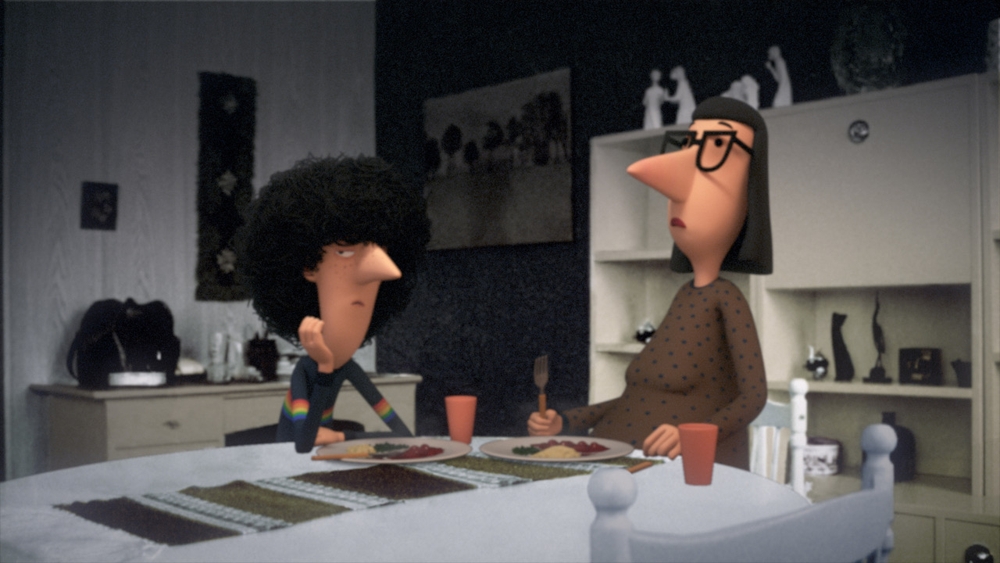 What is the best response you have received so far to your short?

Because of COVID, I’ve only seen the film once with an audience, but fortunately people do reach out to me with lovely messages. But one of my favorites is when someone told me that the film “felt like a hug.” That’s quite nice in COVID era.

Any helpful tips for young animation fans who want to follow in your footsteps?

I think it’s important to note that I never tried to make a film to get an Oscar nomination. I’m proud of the fact that the film was made from the inside-out – for myself and maybe people like me. Despite a lot of production difficulties, I had a sense of meaning making the film. This is a great gift because it gave me the creative fuel and patience to make a film over seven years. If I had made a film from the outside-in, then it would have been more of a chore to finish. And don’t get me wrong – it was still very hard to finish but I always had that sense of meaning to hang on to.

If someone really wants to make a film I think the clue to their story could be found not only in their inspiration but also their obsession. If you have both of those on your side, I think your inner voice will tell you what film you really want to make.

Yes-People is available to rent or buy on Vimeo through Magnetfilm.