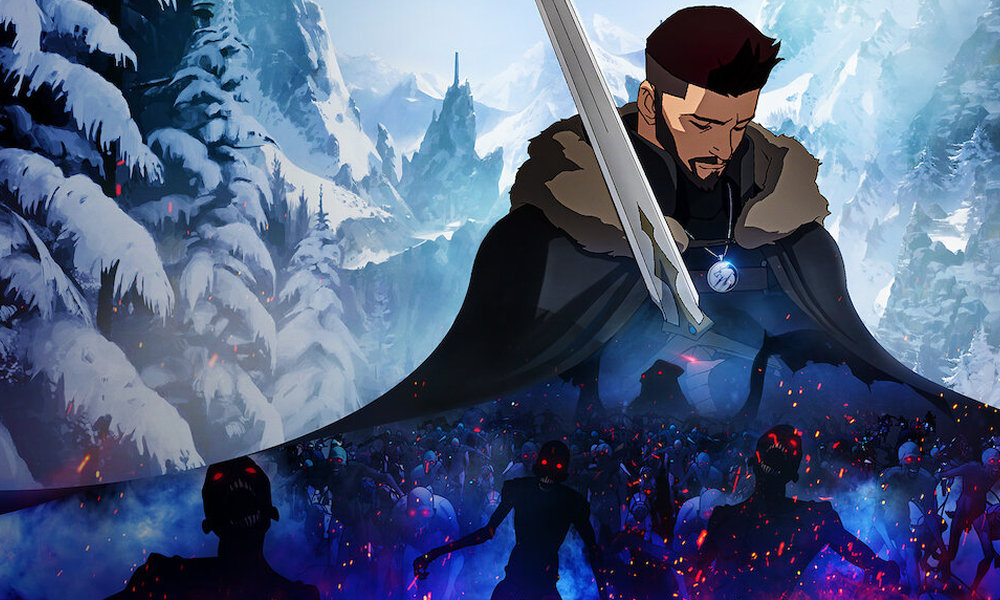 When it debuted earlier this week on Netflix, the new animated feature The Witcher: Nightmare of the Wolf provided fans of the series with a fantastic origin story about  the live-action protagonist Geralt’s mentor and fellow Witcher Vesemir (voiced by William Roberts). The 2D animated fantasy is produced by Lauren Schmidt Hissirch and the animation is handled by the brilliant team at South Korea’s Studio Mir, best known for their work on shows such as Legend of Korra and Kipo and the Age of Wonderbeasts. We had a chance to speak to the feature’s producer and writer Beau DeMayo, who is also a writer on the original show The Witcher as well as Studio Mir director Kwang Il Han. Here is what they told us:

Congrats on the arrival of your great-looking new movie. Can you tell us a bit about how you got involved with this animated project?

Brian DeMayo: This project was in the works before I wrote my first episode for the series (“Betrayer Moon”, the third episode). Our producer Lauren [Schmidt Hissirch] came to me and told me an anime feature was being developed. She said, “You are an anime geek, so do you want you do it?” I was a huge fan of the property. I played the game and read the books in college and I’m a huge animation fan in general. So she said, come back with a story idea, there are a couple of things we want to explore. Something that always interested me was the origins of Vesemir who raised the grumpiest Witch on the planet. What was he like and how did he get started? We also wanted to explore a time in the Witcher lore that was very different from the time that we see in the live-action series. That’s how it all started and now two and a half years later, the movie is ready to go. 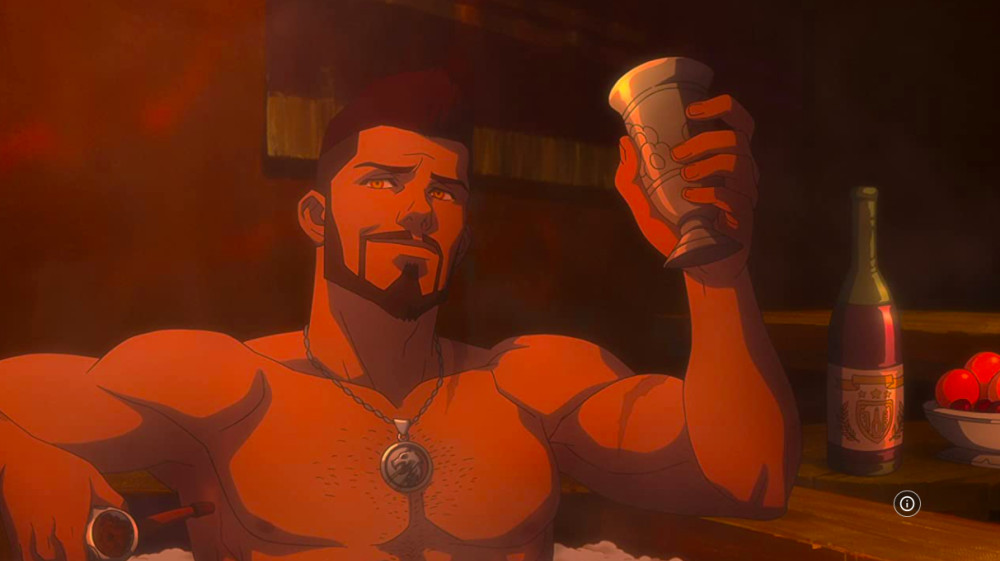 Could you please describe the animation process for us?

Brian DeMayo: We worked with Studio Mir in Korea and it took us well over a good year to produce. Animation is a lengthy process. People think you just draw it and put it in a computer, but it was over a year with the animation portion. Studio Mir was so amazing in terms of being so particular in the characters design and looking at the world of Witcher in the live-action series and finding how to bring that into an animation world. So it was a good month of six months of pre-production and a year or more for the animation.

The big decision involved how close we were going to be to the live-action series. Immediately, we knew that we wanted to take full advantage of the animation medium: If we were going to take a realistic approach, it would have been harder to do some of the fun stuff that we wanted to do in the anime. I was looking at anime shows and movies that I grew up with and loved, things like Bezerk, Vampire Hunter D.  and Helsing—some of these more gothic horror dark fantasy series. We wanted to push the look and mood of the show in that direction, leaning on horror and coming back to dark fantasies. 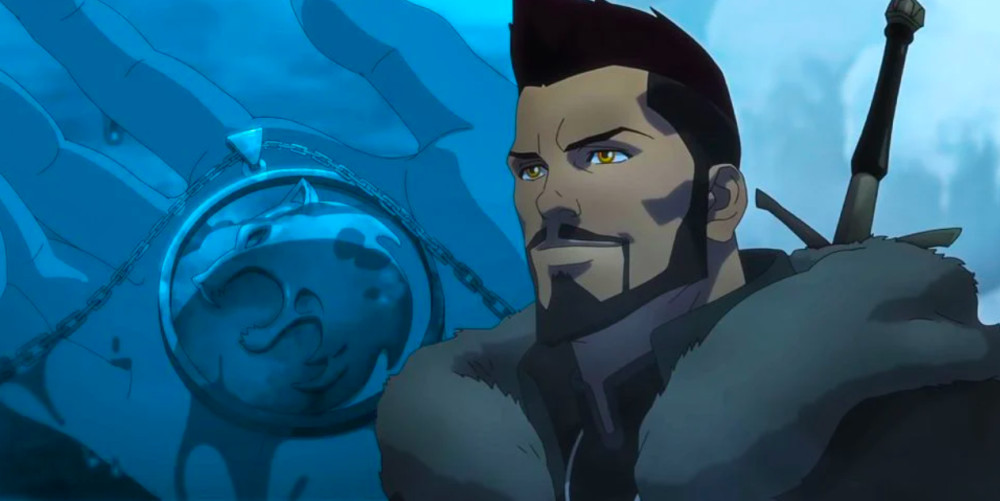 Why did you decide on a prequel and focus on this character?

DeMayo: At the end of the day, The Witcher is about family. Geralt is the series surrogate father, Yennifer becomes this tough mother. Sticking with that DNA of families of found orphans, it felt natural to go backwards and talk about Geralt’s father, who is this man who leads the last band of witches. It’s about this lonely gruff guy who is the big teddy-bear grandfather figure of the series. So, it’s about looking at this character and who was he when he was Geralt’s age. Isn’t that our worst nightmare: Looking at our parents and becoming them? We decided to take the prequel route, becomes there are so many unexplored territories, they gave us more freedom to tell a story that was a bit more stand-alone for both new fans and fans of Witcher and also generally for anime and fantasy fans.

Do you have a favorite scene?

DeMayo: What I can say is that something that Studio Mir did quite beautifully  was to really give flight to the dramatic. When a layperson thinks of anime, they immediately think about action scenes, things like DragonBall Z. It’s much more difficult to do dramatic scenes like Death Note does. People are just talking, and there’s a particular scene that takes place between two of our main characters. You will notice it because there’s a lot of moonlight. That’s all I can say, director Han and Studio Mir did a beautiful job of realizing it. You will definitely notice it! 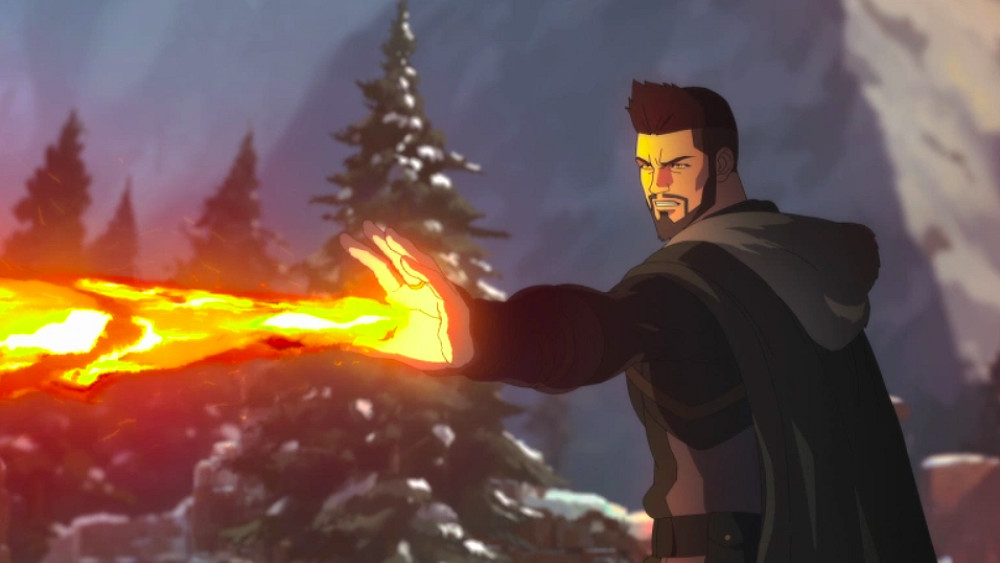 What were your biggest challenges throughout the production?

DeMayo: One of the big challenges was making sure the action keeps escalating. You want the final action scene to be the best one in the movie. We saved the best for last! The emotive power of those actions scenes were quite amazing. Lauren was very trusting and empowering throughout the whole experience. She simply told me this here is your sandbox. Simply don’t step on the continuity of the live-action show. For example, his father figure cannot be a dragon!  What we were allowed to do was incredibly liberating!

Can you tell us about your visual sources of inspiration?

Kwang Il Han: There were many artists who worked on a project at Studio Mir. We look at real-world inspirations for this, especially the live-action drama series. They gave us the concept art that had been produced for the show and we built upon it ourselves. Because this was a fantasy series, we mixed Byzantine and Gothic and other types of similar architecture in this story. We were also inspired by the visual style and looks of the original cast members. 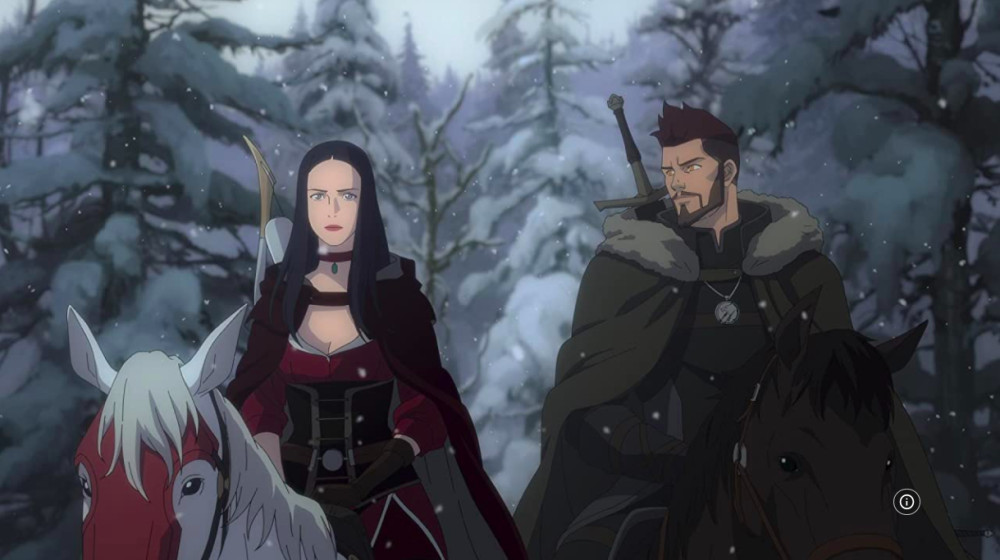 What appealed to you about the Witcher universe?

Kwang: I was surprised when I read the novel. I realized that the novel was so rich in details. When the characters are walking down a road, every single rock is described in great details. You can really imagine the settings in your mind. I was truly immersed in the experience, and I forgot that I was reading the book. It was a real page-turner and that content lived through me and was filtered through the animation process for the audience.

What do you hope audiences will get out of the movie?

Kwang: Whenever we start a project, it’s really hard to predict how audiences will react to the work. I hope they’re touched by it, but I know reactions will vary depending on the individual. What was impressive about this movie was that we had to bring to life the younger days of Vesemir. We wanted to put a message in the story and make sure that audiences could concentrate on the story and build up to the final resolution. This didn’t involve a lot of action sequences. It may sound like character building is an easy part , but it’s not at all. Those slower dramatic parts are very important to craft.

The Witcher: Nightmare of the Wolf is currently streaming on Netflix. The second season of  the live-action series The Witcher will premiere on the streamer on Dec. 17. 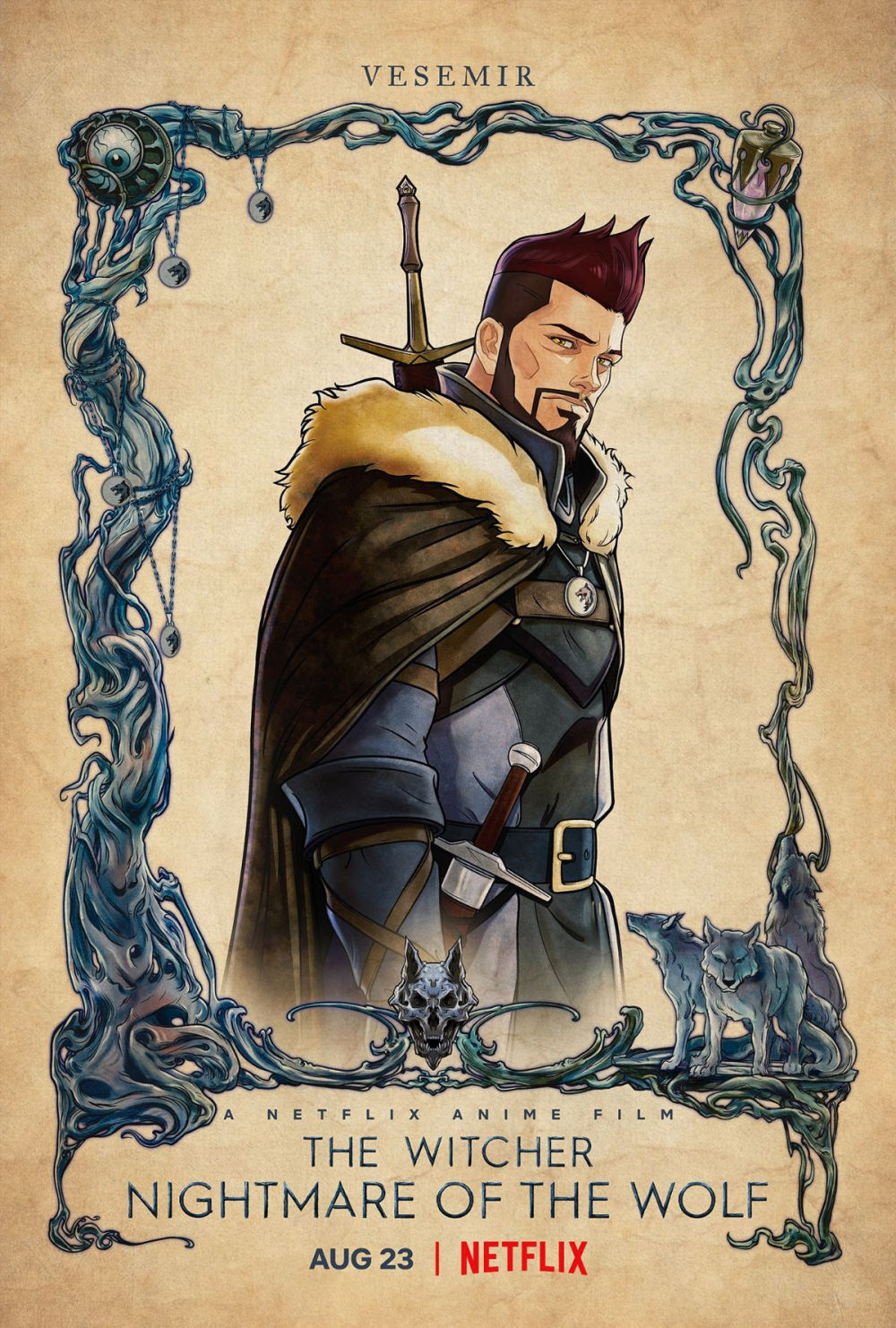