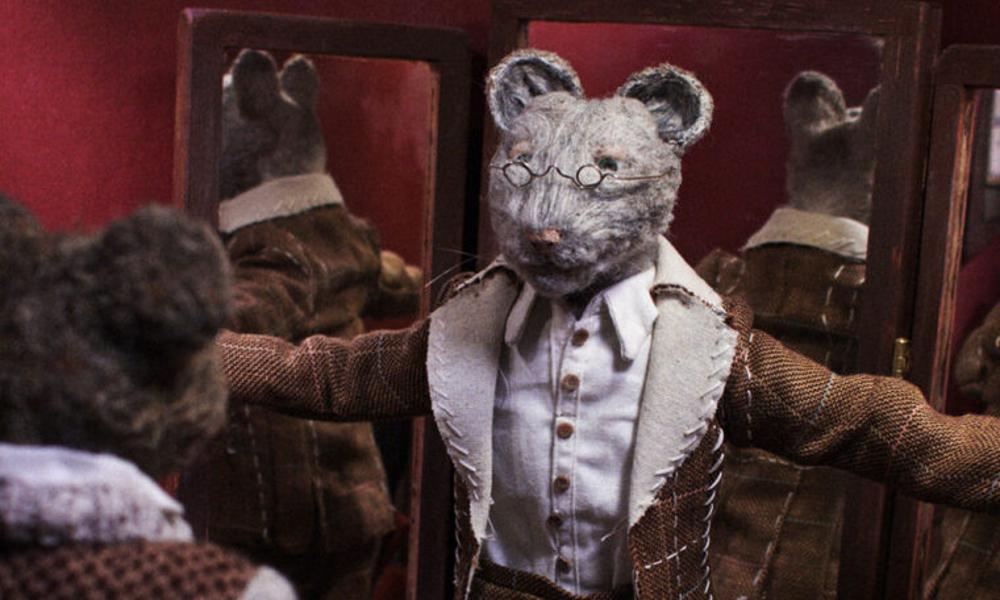 When animation writer/director Josephine Lohoar Self read Art Spiegelman’s Pulitzer Prize-winning graphic novel Maus in 2017, she was quite moved by its portrayal of the experiences of the artist’s father during the Holocaust. “In the novel Spiegelman portrays Jewish people as mice and Germans as cats in a highly stylized postmodern style,” explains the Glasgow-based artist. “I found Spiegelman’s approach incredibly effective in portraying the horrors his father was subjected to. The choice of depicting characters as animals morphed the lines between fiction and non-fiction, fantasy and reality.”

Self wanted to explore this idea further and to have a mouse character be the focus of her stop-motion short about grief, the beautiful The Fabric of You, which picked up the Best Animated Short prize at the Palm Springs ShortsFest in June. In the film, a young gay mouse named Michael hides his true identity while he works as a tailor in ’50s-era The Bronx.

The Fabric of You extract from Josephine Lohoar Self on Vimeo.

“For the setting of the film, I took inspiration from Will Eisner’s epic graphic novel A Contract with God, which revolves around a poor New York City tenement,” she points out. “Eisner masterfully creates atmospheric drawings of the confined tenement spaces in which his characters live. I based the set on Eisner’s drawings, as well as Hitchcock’s Rear Window. I wanted the confined environment to reflect Michael’s (the main protagonist) grieving mental state.”

The Scottish writer-director, who works both in live action and animation, graduated from the Glasgow School of Art in 2017, began writing the script for her short in 2018 and worked on it full time until it premiered last June at the Edinburgh International Film Festival. She says altogether about 40 people helped her with the project. “Because of the number of sets and limited budget, many of my friends kindly volunteered their time to help us. The post-production elements in our film were also supported by a number of incredible VFX artists at Axis Animation in Glasgow. During animation I used the software Dragonframe.” 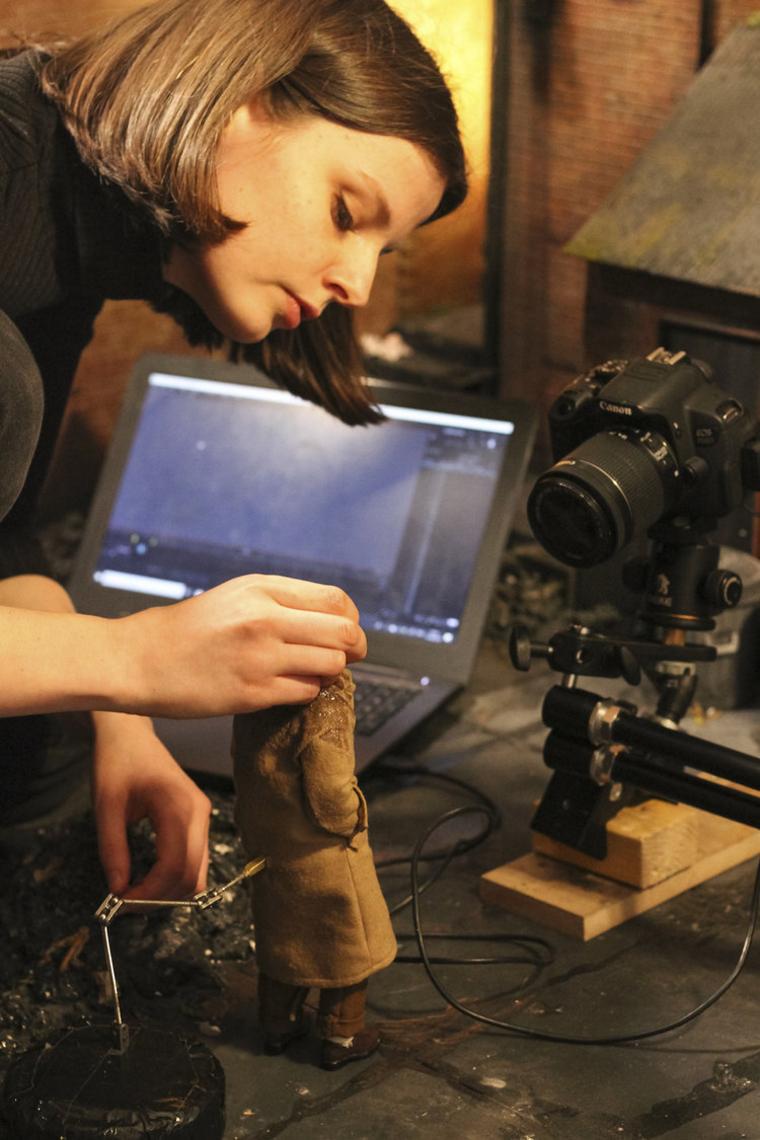 The director tells us that when she was younger, she made quite a few live-action shorts. However, it wasn’t until she chose to do the animation module during her second year in college that she really began to see the possibilities of the medium. “I’ve always been drawn to films that tell stories from unusual perspectives,” she adds. “Whether it’s told from the viewpoint of a massive talking frog, an unborn foetus or a dead dog — the only limit in animation is your imagination ( … and your budget).

Self applied for a painting and printmaking degree at college, but slowly transitioned to filmmaking. “I used to spend weeks on large-scale, figurative paintings, some of which will never see the light of day again,” says the artist. “I think painting and stop motion animation are very similar in some respects. Like animation, both mediums require a high level of patience and commitment while you painstakingly create something which reflects a type of reality.”

Not surprisingly, the director is a big fan of highly original and detail-oriented filmmakers like Wes Anderson, Michel Gondry and Charlie Kaufman. “I also love European filmmakers such as Gaspar Noé, Michael Haneke and Lynne Ramsay,” she adds. “I really enjoy films which are provocative and challenge the complicity of the viewer.” 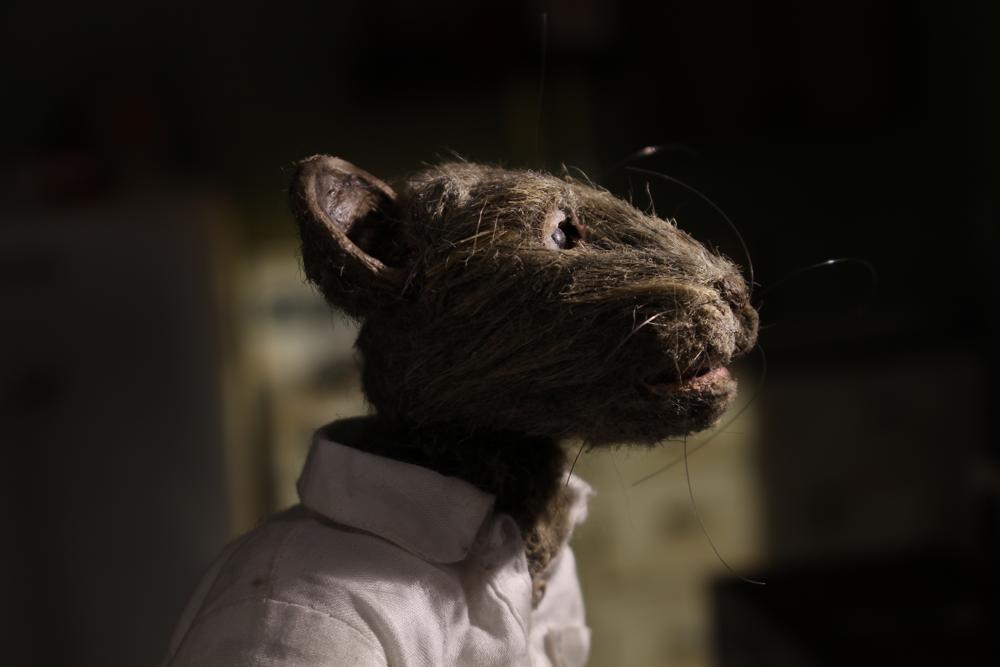 Looking back at the making of The Fabric of You, Self says it was quite a baptism by fire. “Having come from a fine art background there was a huge amount of things I didn’t know about animation or the film industry,” she admits. “Luckily, my film was supported through a Scottish film funding scheme which provided me with fantastic mentors throughout the process. I also relied on a number of wonderful friends and Scottish animators to teach me about the different elements needed to make the film.”

Self hopes audiences will be surprised by what they find when they watch The Fabric of You. But not as surprised as some of the parents in a very memorable screening of the short. “I attended a screening in Spain of the film where there were quite a few children in the audience,” she recalls with a smile. “My short deals with mature themes which I don’t think their families quite anticipated!”

You can find out more at josephinelohoarself.com/the-fabric-of-you

You may also like...
Related Topics:featured, Josephine Lohoar, The Fabric of You
Geographic Region:Worldwide