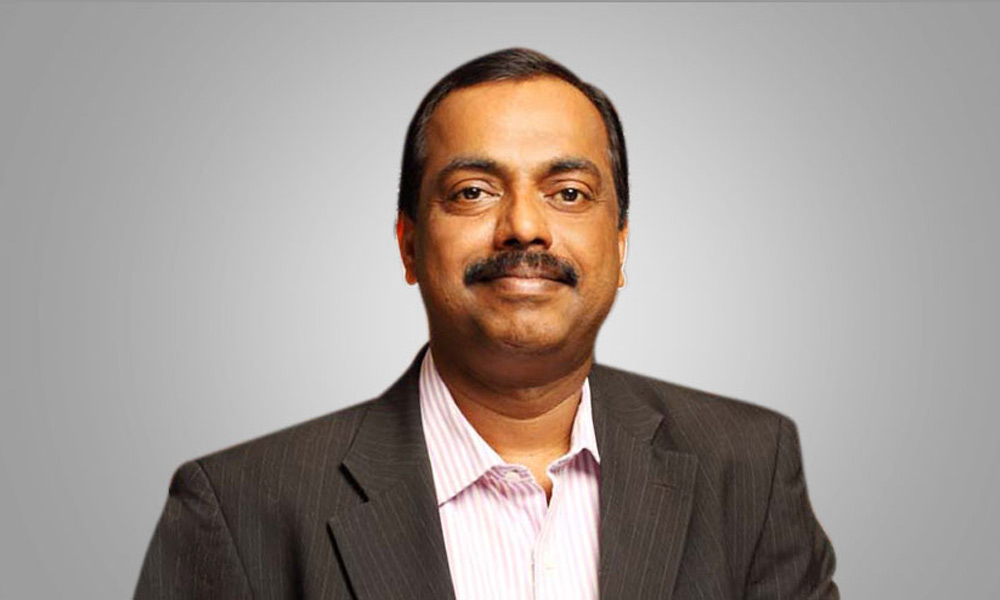 It was about 20 years ago when Toonz Media Group opened its first studio in Kerala, India. Back then, there were only a few commercial animation studios in India and few competing studios in Asia. The studio’s local talent had to be trained; and computer graphics and animation were new to the world, especially in Southern India. In its first two decades in operation, Toonz evolved into a studio today with 5,000 artists, including 85 Indian employees, and 20 international partner studios, making it one of the largest studios in Asia and in the world. This past year, Toonz acquired a majority stake in Irish studio Telegael, and has several global animation series in production, including Mondo Yan (with Toonz-owned Spanish studio Imira and TV3) and Berry Bees (with Italy’s Atlantyca, Australia’s SLR Productions and Singapore/India’s Cosmos-Maya). During a recent interview, the studio’s busy CEO P. Jayakumar discussed Toonz’s current project and plans for the future:

So, first, a big congrats on Toonz Media’s 20th anniversary this year. What would you say is the secret to your longevity and success?

Jayakumar: When Toonz started its journey in India, 20 years ago this very year, animation was not mainstream in India. Our intent from the beginning was to establish a production house meeting global standards. Thanks to our financial partners and our clear vision, we were able to bring in experienced personnel from across the world to train and develop the local talent pool. Our craving for excellence coupled with our philosophy of no compromise on quality was instrumental to our growth. When the animation market eventually started growing locally in India, our established legacy allowed us to flourish.

Furthermore, being passionate about the Indian culture resulted in a lot of our stories stemming from Indian roots. From the first Indian-mythology-based animated TV series and feature film, Toonz has had a lot of firsts to its credit. Today, Indian content is in great demand within the regional market, and Toonz has been a pioneer in the creation of such content.

Toonz from the beginning saw the value and opportunity of working with the big U.S. studios and kids’ networks for their animation production needs, and begun providing them with quality, first-class animation for the global as well as local markets, and this know-how, expertise and recognition enabled us to grow and put Toonz firmly on the worldwide entertainment map; and as a natural progression we started creating, developing and producing our own IPs, handling the production as well as the international distribution of them; and as the digital, broadcast, gaming and licensing markets have evolved, to maximize all opportunities around the IP and across the globe. To sum up, I believe our focus on quality, proactivity to the market developments, on-time deliveries and our strong bonds with people — both clients and employees (at least a 100 of whom have been with us for more than 15 years) have been the key reasons for our success.

It’s been quite a year for Toonz with the acquisition of Telegael and the new leadership at Imira. What are Toonz’s plans for the near future and maximizing the potential of these animation studios?

Telegael’s integration in the Toonz Media Group and the change in leadership at Imira both form part of our global expansion plan as we become a stronger, bigger and complete 360 entertainment studio. Both are extremely well-established companies in the industry. Imira was acquired by Toonz back in 2014 [and handles] all of the group’s distribution across all regions. Telegael, which was established in 1988, is an Emmy award-winning full service film and animation studio which adds important pre- and post-production facilities as well as an impressive live-action studio, all enabling Toonz to become a major 360 entertainment organization.

Combining Ireland-based Telegael, which operates in a jurisdiction where both talent and economic models are exemplary, and our Spain-based company Imira, which has similar creative and economic ecosystems, along with Toonz. which has cost-effective production studios, as a group we are now able to cater to any range of projects for our customer base. This, I believe, is a massive advantage that we give to clients and we intend on capitalizing it to the best extent possible.

What are your plans for MIPCOM this year?

We are arriving at the market with all Imira’s regional sales teams, being such a key distribution market, and new titles in distribution to show, and with a strong contingent from Toonz and Telegael on development, production and digital broadcast side. As well as Imira’s extensive 100 title, 3,000+ half-hour catalogue, we will be presenting many new projects in various stages of development, financing and production.

On the distribution side, we are bringing our latest CGI comedy adventure Mondo Yan, a co-production with Televisió de Catalunya (TVC) which is well into production and with the first 13 episodes at the market,; and new straight-out-of-production episodes of our two charming preschool CGI series DeeDee, co-produced with Neon Creation and Cengerik, and The Story of Bookworm Gogom, co-produced with Xrisp. Imira will also be showcasing our other productions such as the fully completed Sindbad and the 7 Galaxies and titles it represents from other leading producers and IP owners such as comedy adventure Panda & Krash from Hong Kong-based Fun Union, or preschool adventure Blink Blink, which will have its market debut for us in Cannes.

On the project side, and in many varying stages of development, financing and co-production, we have many new projects including Sunny-side Billy from the director of global hits Oggy and the Cockroaches and Zig and Sharko and the studio Tractor; an original kids live-action space comedy adventure series Starseeker from Little Engine; My (Ex)Imaginary Best Friend from Lunes Animation; preschool series My Nina from Other Little Things Studio and Dic 2 based on the highly popular brand My Nina and Other Little Things, and 2D good-versus-greed comedy action The Yolkels created by Corny Capers; and other titles being developed in conjunction with both Telegael and Imira.

How many animated projects are you working on at this moment?

We have 15 projects currently in production on the floor and around 10 on our development slate, so we are having a very full anniversary year, with some very impressive productions across the board.

What are the most successful animated shows you have worked on to date? Why do you think they have been so popular?

We’ve worked on plenty of high-end shows for various broadcasters international and studios such as Marvel’s Wolverine and The X-Men, Miraculous: Tales of Ladybug & Cat Noir, Toonz co-produced, Gummibär and Friends: The Gummybear Show; and Sherazade to name a few. Through the years, we’ve ensured that we have a good mix of evergreen genres such as chase comedies as well as experimental genres. An example of this is Toonz-produced Rat-A-Tat which is now in its 12th season with 936 episodes produced and going stronger than ever. This formula has worked well for us and our content is largely perceived as interesting content across all target audience, resulting in growing popularity of our shows.

Which animation tools do you use in your studio pipeline?

Animation is booming all over the world thanks to the demand for content from streamers like Netflix, Apple + and others. How is that affecting your work output?

The boom is indeed great news for us and currently we provide 7,000 mins of 2D animation and 6,000 mins of CGI every year. Thanks to our production capabilities, these large targets have been achievable thus far; and we see the demand is growing as, as you rightly say, the streaming market is still very much expanding, and this means more production than ever before.

Although there are talks of a general economic slowdown in India, it has not affected the animation industry. India has one of the largest markets for kids’ content due to the sheer number of young people in this country and therefore the content creation industry, especially animation, looks like it will continue to flourish through 2019-2020.

Will you be looking at forming new partnerships at MIPCOM? What are you looking for in your international partners?

We have a multi-pronged strategy to take us forwards. Firstly, it is important to consolidate as a group and continue our integration of the companies comprising the group, to grow each business as well as creating new opportunities and synergies and workflows as a group as a whole to maximize opportunities the markets are bringing.

We are also expanding our growing consumer products, gaming & new consumer experience areas and our digital media divisions and digital broadcast channels. We are looking for partners and opportunities which will enable these to evolve further. For example, we’re also launching consumer products in India through a joint venture partnership with BrandMonk Mumbai, which will see us transitioning from purely kids-based content and products to smart wearables for people of all age-groups. Our growth and acquisition strategies don’t stop here and in coming months we will surely be announcing new developments which strengthen our presence and expand our global footprint across the whole kids and family entertainment spectrum.

So, you can see there is plenty happening as we head towards our third decade, and we know that there is a lot more to come. Regarding our partners, we always seek people with similar core values and vision. Toonz has always believed in the strength of people’s creativity, experiences and their passion for this field, and we love to collaborate with partners who have a similar outlook as we strive to continue our entertainment journey and create positive viewing and interaction experiences around our brands in the world of kids and family content. 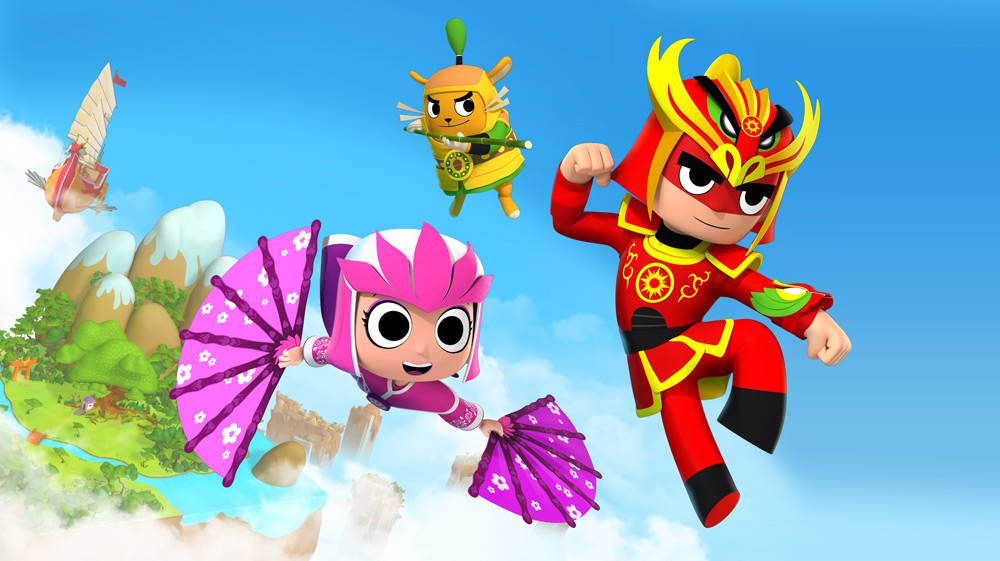 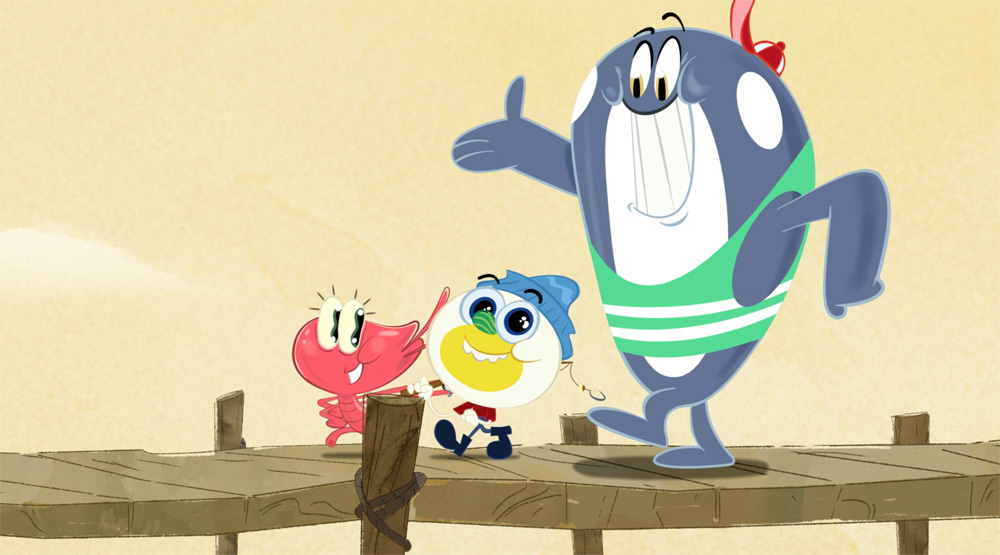 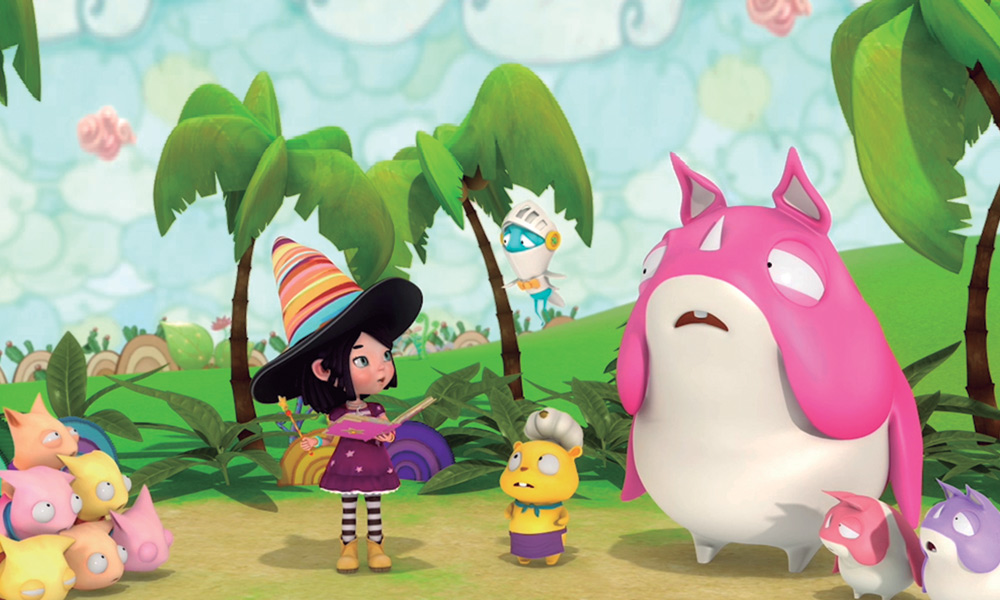