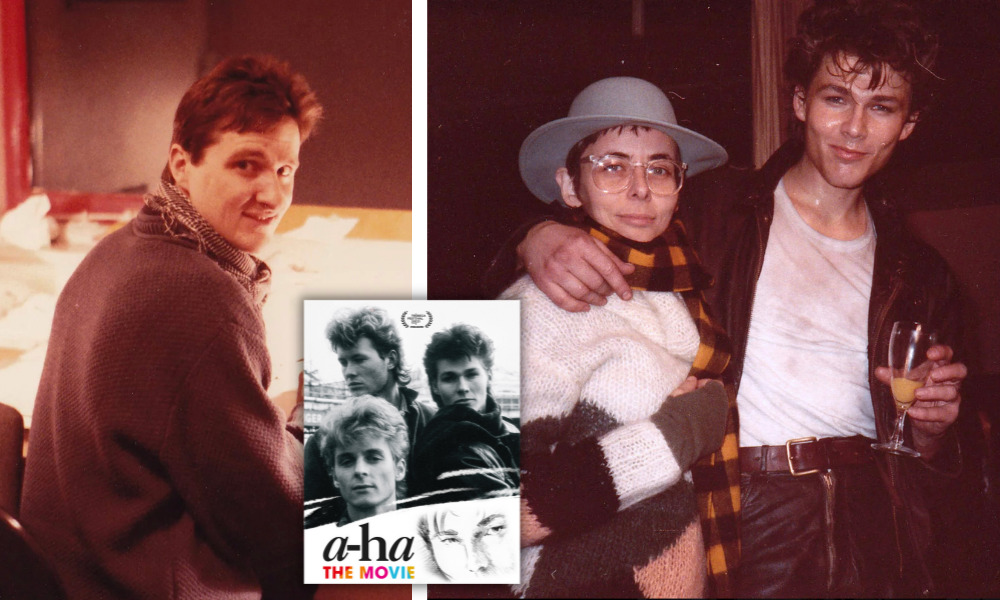 Michael Patterson in the studio and Candace Reckinger on set with A-ha's Morten Harket during the production of "Take On Me" (1985). [Photos courtesy Patterson & Reckinger]

USC professor Michael Patterson and his wife, fellow USC professor Candace Reckinger, were instrumental in the creation of one of the most popular and innovative music videos of all time:  A-ha’s “Take On Me.” They were the animation directors, with Michael doing all the drawings while Candace co-directed the animation and designed the opening sequence. They are featured in the upcoming documentary A-ha: The Movie, which opens on April 8. We had the chance to speak with the creative duo behind the music-video in time for this new film release, which celebrates the 40th anniversary of the pop song and music video. 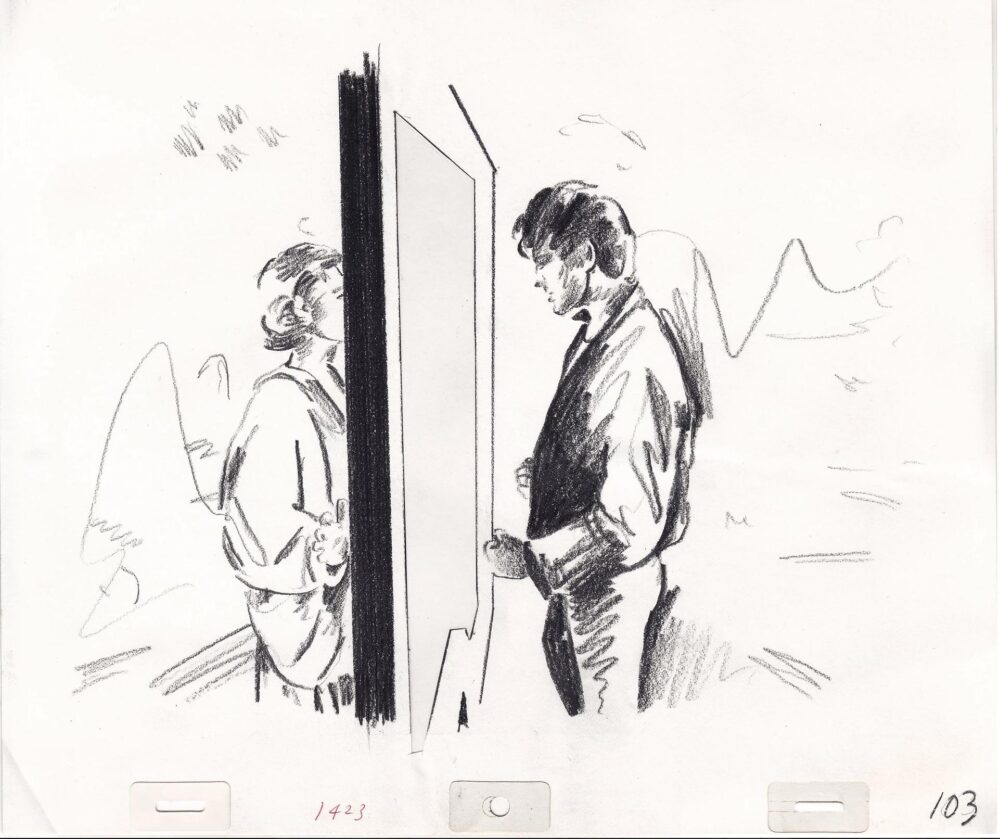 Animation Magazine: Can you tell us how you got involved with the project and decided to do an animated music video for the band?

Mike Patterson: Candace Reckinger and I were starting out as a directing team in 1984. We both were intrigued by MTV which was new, but hadn’t thought of doing a music video. We loved putting visuals and music together. My short film Commuter was playing on TV in Europe and the U.S. and was seen by record producer John Beug, who then introduced us to Jeff Ayeroff at Warner Records. Jeff was an innovator and art director in music and helped to define MTV’s golden age of music videos. He gave many directors their start. A-ha’s song was wonderful and full of energy, so we were very excited to be brought in on the project.

How did the idea for the music video come about?

Mike: I believe Jeff Ayeroff had the rough concept about a girl who fell in love with a character in a graphic novel and he wanted to use my animation drawing style for the clip. He teamed Candace and I with Steve Barron, an established live-action director. We were new to the business. We traveled to London for the shoot in January of 1985. It was important that the live action worked well not only for the story, but for the animation. We really liked working with Magne, Paul and Morten, we were all young and excited to be making something together. 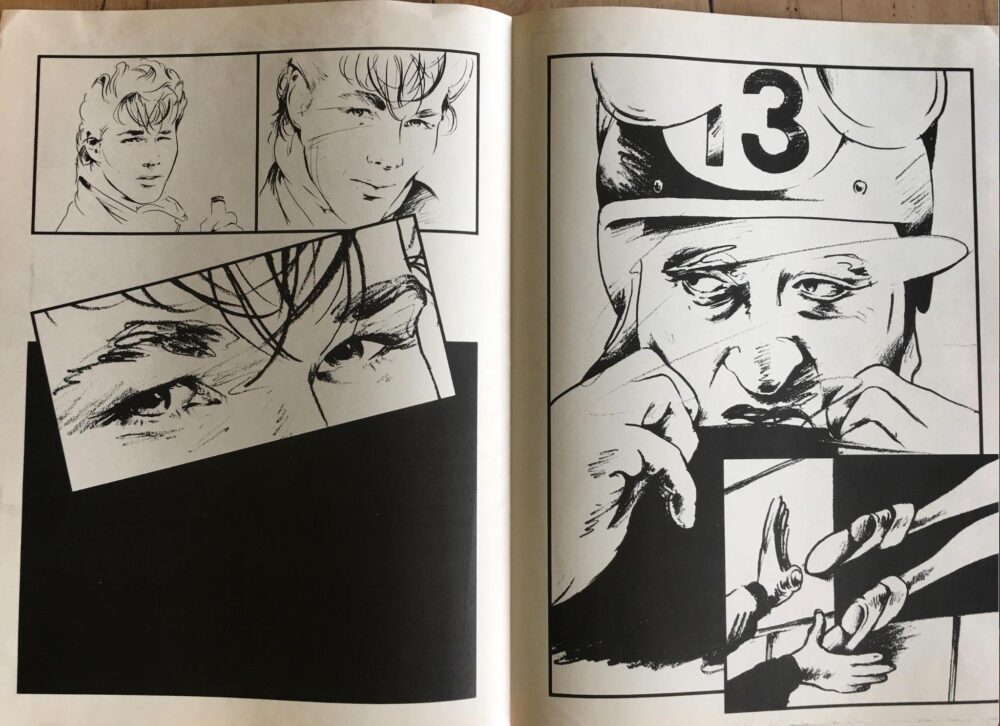 What were your inspirations as you set out to execute it?

Mike: We were very influenced by Japanese graphic novels, Marvel and DC comic books from the ’70s. We wanted the video to have energy.

What was the toughest aspect of the project for you?

Mike: The number of drawings! Remember, this was a physical process in those days!. I really enjoyed the process but once we started, we had to keep going to make the deadline. Using After Effects for compositing would have been a lot easier than the old film technology. 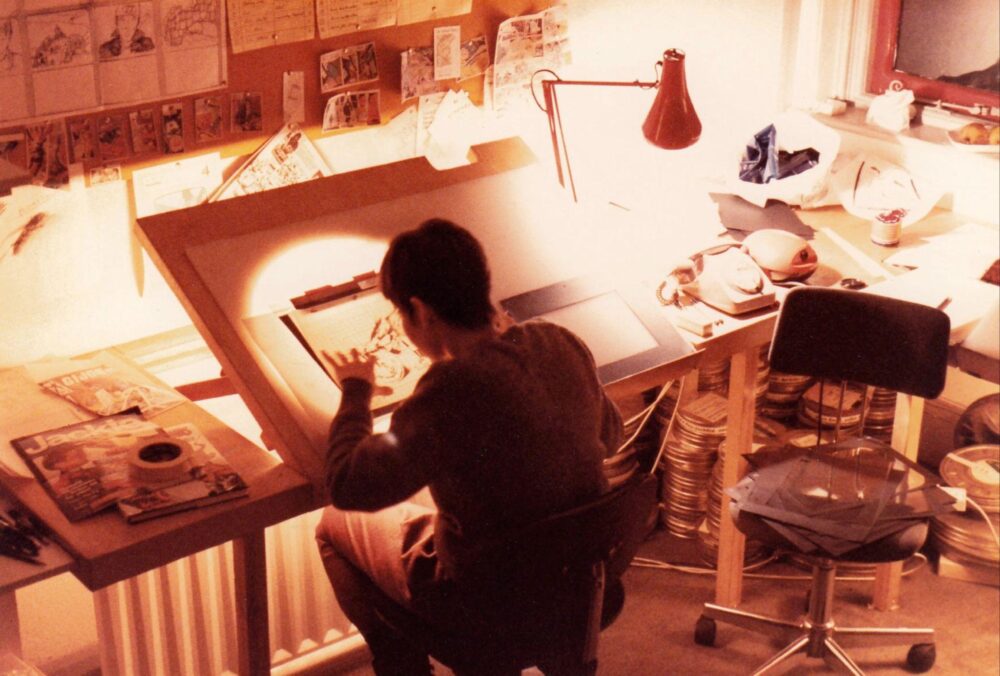 Where was the animation produced? How many people worked on it? Was it basically done pen and paper?

Candace Reckinger: We began the design process and edit in London then did all the animation in Los Angeles. I designed and drew the storyboard for the opening sequence for the video, Mike drew all the animation in “Take On Me” himself. I had to hand-cut over 900 paper cel windows for the drawings. Our hands nearly fell off! Together, we prepared the artwork for “aerial image photography,” a process that combines the live action with the animation “in camera” — of course, no computers were used.

How long did it take to create the animation for the video?

Candace: It took about 16 weeks. 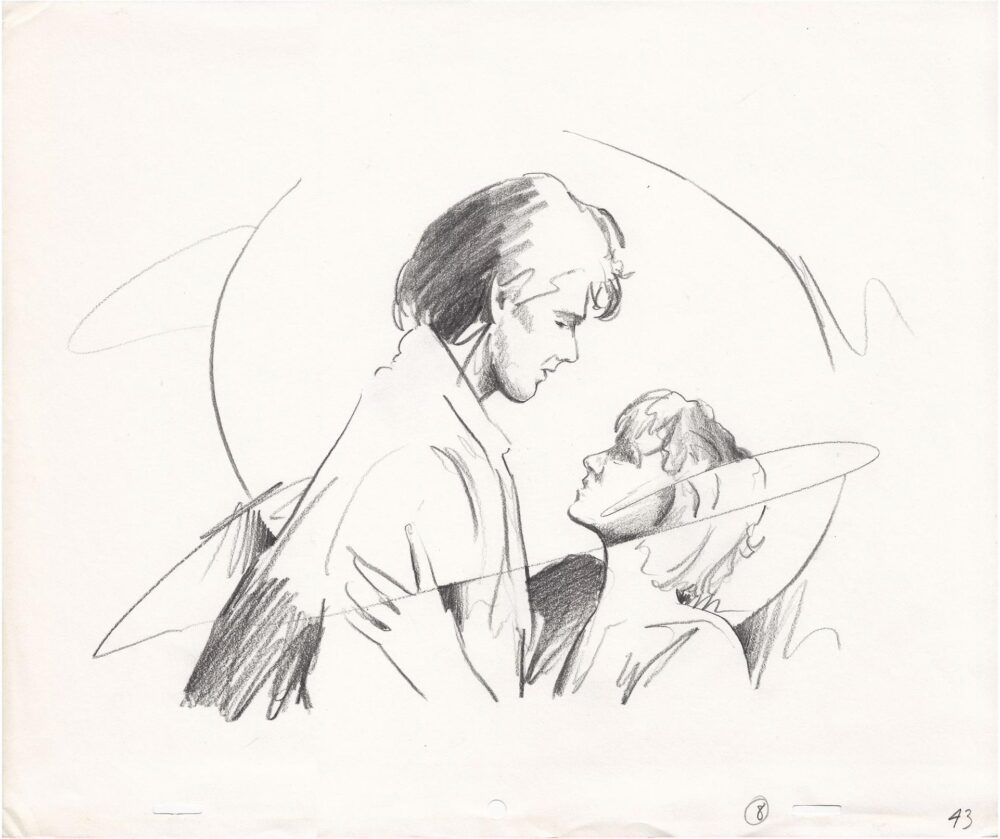 Did you have any idea that you were creating such a massively iconic work that would resonate for decades?

Mike: No, not at all, but people kept saying, “Did you see that video?”, “I’ve never seen anything like this before!” The video played in heavy rotation for over a year on MTV and other stations, which built a huge fanbase. At the time, people used to wait for their favorite videos to appear on MTV, so they would spend a lot of time watching! The song was playing everywhere. In the two or three years that followed there were lots of copycat pieces being done. The animation style had its own presence.

You also worked on the famous Grammy Award-winning hybrid Paula Abdul “Opposites Attract” music video. How did that happen?

Candace: Paula Abdul was encouraged by the great director/choreographer Gene Kelly to do a musical for her next music video using an animated character. Jeff Ayeroff, now creative head at Virgin Records, asked us to create an animated character who could rap, dance and sing. MC Hammer was a new star on MTV and an inspiration for MC Skat Kat. 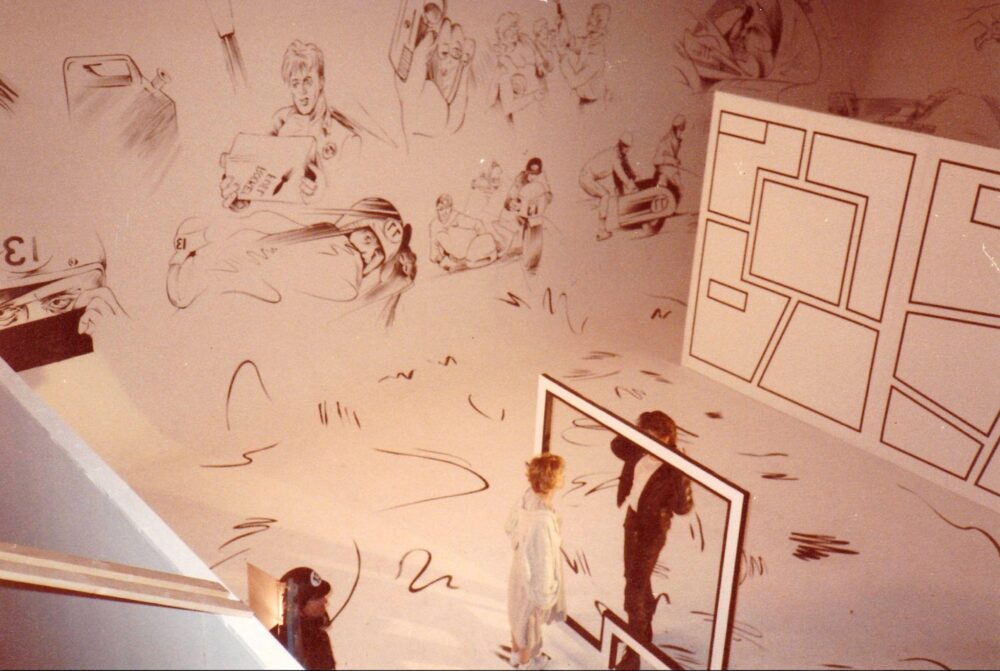 Aerial view of the Take On Me live-action set, complete with oversized comic panels and illustrations. [photo courtesy Patterson & Reckinger]

What was the most memorable aspect of that music video?

Candace: It was amazing to work with so much talent on set and in post production. Paula Abdul, the dancers who performed Skat Kat, Michael Chambers (Boogaloo Shrimp) and Bill Bohls (tap dancing), Marc Reshovsky the DP, Chris Bailey the key animator and co-character designer, Mike Pethyl the compositor and colorist from Company 3.

What was the biggest lesson you learned from the a-ha experience?

Candace: Pop culture is impossible to predict — but when it hits, it’s amazingly powerful. And “Take On Me” had the romantic appeal of a fairy tale adventure.