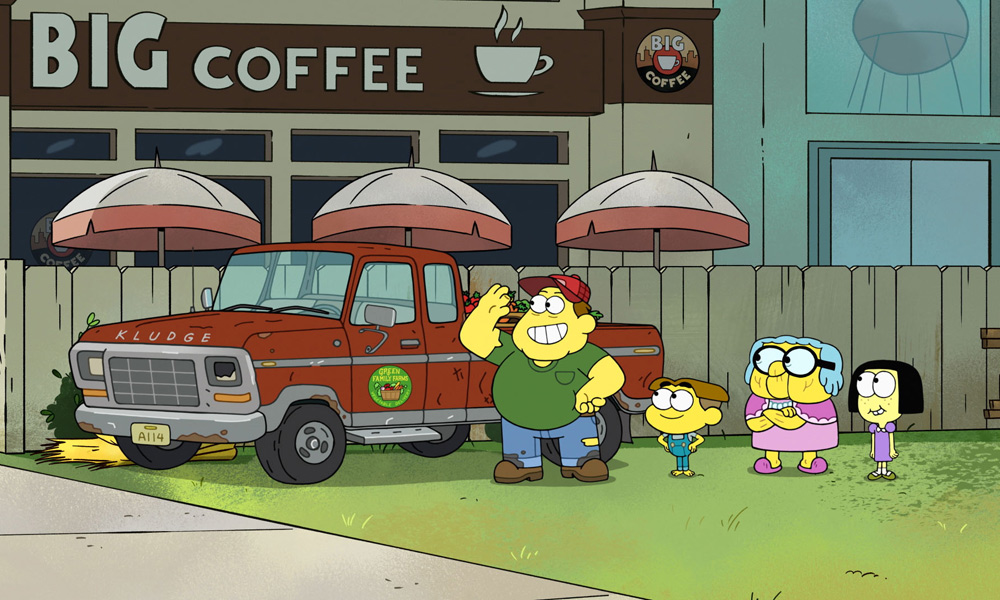 Catch up with show creators Chris and Shane Houghton and learn about the second season of Big City Greens.

Ever since brothers Chris and Shane Houghton’s good-natured comedy-adventure series Big City Greens debuted on Disney Channel in June 2018, fans have been drawn to the world of mischievous Cricket Green, his older sister Tilly, father Bill and Gramma Alice. The show ranks among the top five animated series across all cable with kids and girls 6-11. The second season of the show debuts this Saturday (Nov. 19) at 9:30 a.m. and promises lots of exciting new developments and innovations. Here is what the Houghtons told us during a recent phone interview:

First of all, congrats on the amazing success of your show. Please tell us a little bit about the amazing things you’ve cooked up for the series this year.

Shane: In Season One, we wanted to focus on core cast of characters, how they interacted with each other and how they interacted with the city…We slowly introduced Nancy Green, Cricket’s mom in two thirds of the way in season one and firmly established the Green family in the big city. In Season Two, we want to blow that wide open, introduce more characters, have bigger and weirder situations and just kind of overall make it weirder. That has been our big rally call. When we were writing season one, there were episodes that we wanted to write that we thought were very funny, but we held off on them because they seemed like they were season two ideas: One you establish the foundation of the core cast and hopefully audiences are falling in love with the characters, then you can really push the world and the situations they get into.

Among the episodes we have coming up this year: Granma poses as a swamp witch to scare away the neighbors. Remi gets brainwashed by a Youtube influencer. Cricket convinces Bill that aliens exist. They go to the beach, but it gets crazy. Cricket goes feral, he goes back to an animalistic state. We have some talking farm animals. It gets really weird but in a fun way. It’s the same grounded, fun show that people know and love. Still have the recipe of two parts funny, one part heart. It’s just amped up and bigger than ever.

Chris: We also have an amazing guest voice list. We have the likes of Alfred Molina. Thomas Middleditch did two voices in two different voices. Jonathan Van Ness stars as himself in one episode. We also have Christopher Lloyd in a very special role—we can’t reveal what, but I think audiences will get a kick out of it. He did our holiday half-hour special. When people see him, they’ll know it’s him.

The holiday special sounds like a blast. Can you give us the scoop?

Shane: The holiday special airs in early December, so there will be plenty of time to see it before the holidays. It’s a big musical half-hour! It’s actually one minute longer than a normal half-hour. There are seven songs featured in the special and Everybody in the cast sings, and it’s really funny and big. It even has stop stop-motion in it.

We wanted to pay homage to some of the other Christmas specials that we have loved. There is a nod to A Charlie Brown Christmas, How the Grinch Stole Christmas, the Rankin Bass claymation special…so we also decided to throw in a little bit of stop-motion animation. It’s less than 15 seconds long and it’s done by Max Winston (I Live in the Woods, Tumbleleaf). Our regular show animation is done by Rough Draft Korea and Sugarcube. They alternate between episodes.

What did you learn from first season that you used in the second season?

Shane: We learned to produce our half hour specials at the top of the pick-up. When you do it in the middle of the pick-up, it throws off the whole schedule. We learned that with our Halloween special in season one. That’s why we produced the Christmas special in the beginning of our second season.

Chris: Now that the show is out, we discovered how the series has impacted our audience. When you make something creative, you do it in a bubble, and then you release it and hope that people like it and you’re not exactly sure how it’s going to be received. We’ve been hearing from foster kids that really relate to Cricket because he is out of his element and he’s facing the big city with confidence and gusto and foster kids could relate to that fish out of water situation. Or we have heard from kids who have parents how have spent time in jail. As the mom in our show just got out of jail, and that’s normal for them. They just move forward, because that’s life. It’s been really fascinating to hear that from viewers because it was never a goal of ours. We just wanted to create relatable funny content. But it’s been really cool to get that feedback from fans.

Which first-season episode generated the most response from fans?

Chris: It had to be the “Uncaged,” half hour special, where their mom shows up. It really created a lot of buzz…Half of the audience was wondering what she was all about. They were also wondering what does it mean for the show? How will it impact the family dynamic? But people have really responded well to Nancy. They have welcomed her back. It has been great switching up the show creatively with a storyline like that.

What has been the most challenging part of doing the second season of the show?

Shane: The toughest part? Hmmm. We just wrote our 100th episode. The challenge was how do we not repeat ourselves, and how do we push the boundaries and still make it as funny and weird and entertaining as possible. We keep saying that season two is weird, and that’s part of it, loosening some of the reins. We’ve had a lot of great ideas from our staff writers and board artists and we wanted to expand and grow the show. There are a couple of episodes in season two that really challenged us creatively. We have an episode called “Level Up,” which is a videogame episode and half of it is animated in CG and we’re a traditional 2D animation show, so we had to figure out a whole new pipeline for this. A studio in Malaysia called Lemon Sky did the CG animation for that episode. They were great to work with.

Chris: And we didn’t want any CG look. We were going for cheap, early 2000 videogame look. Imagine an old free CD-rom game that you got inside a cereal box

Shane: So we did episodes like that in season two that were completely new and different, and if we had done it too early in season one, it would have been too early, too weird and threw the audience off. But now that we have everyone on board, we can really push the limits of what the show can do.

Chris: We have been doing a lot of ancillary short form series on YouTube. We created a new series called Random Rings, a series of shorts where the kids do these prank phone calls. They’re all improv, weird and silly.

Shane: Disney does a couple of short forms, where Big City Greens has taken part of. One of them is Broken Karaoke, where we had an episode where Tilly does a parody of The Descendents 3 song “Queen of Mean,” but she sings it as “Queen of Nice.” We also did a “Theme Song Takeover,” where Grandma takes over the theme song and sings her own lyrics. She teaches Tilly and Cricket to be grateful that they have a theme song.

Chris and Shane: We are talking about toys too. The biggest thing right now is that we have our first merch available…We have five different Big City Greens shirts and some PopSockets on amazon. We were very excited to see that because that was our first merch. Hopefully, that’s just the beginning and there will be more stuff down the line.

How about a parting message for the fans?

Shane: Thanks for watching and get ready for season two and it’s going to blow your socks and shoes off, and you’re going to be shoeless just like Cricket. 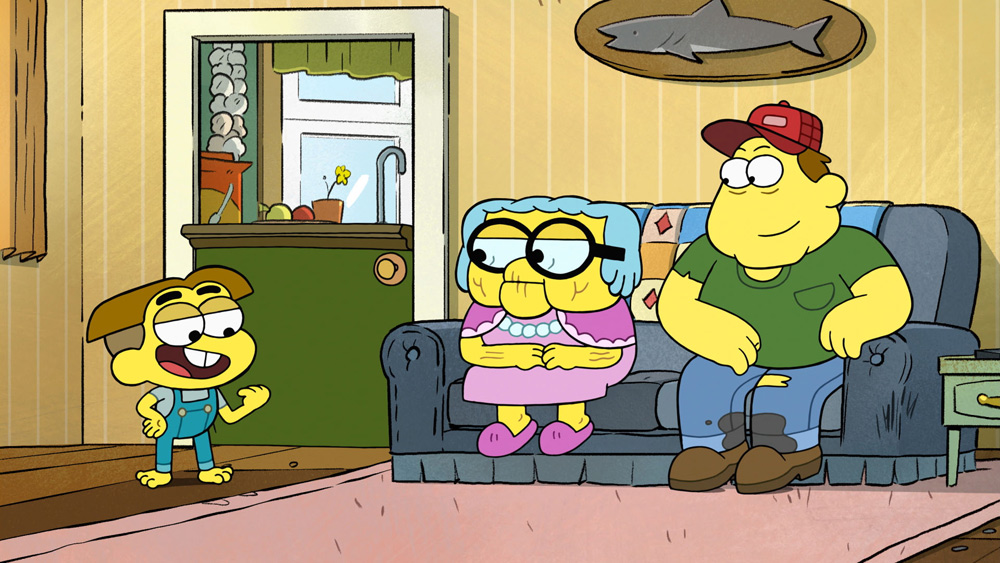 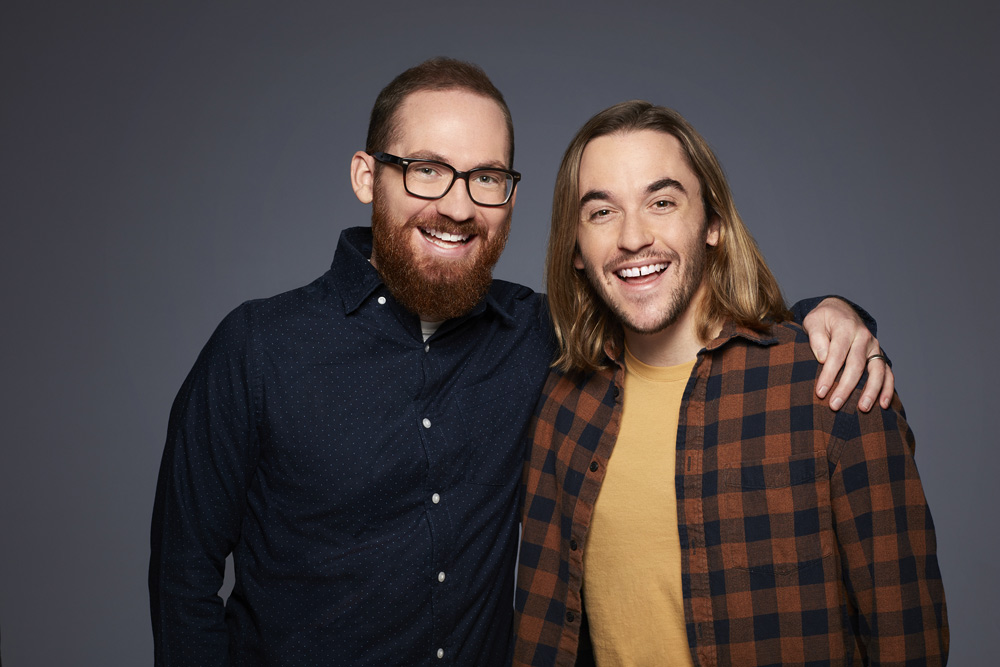