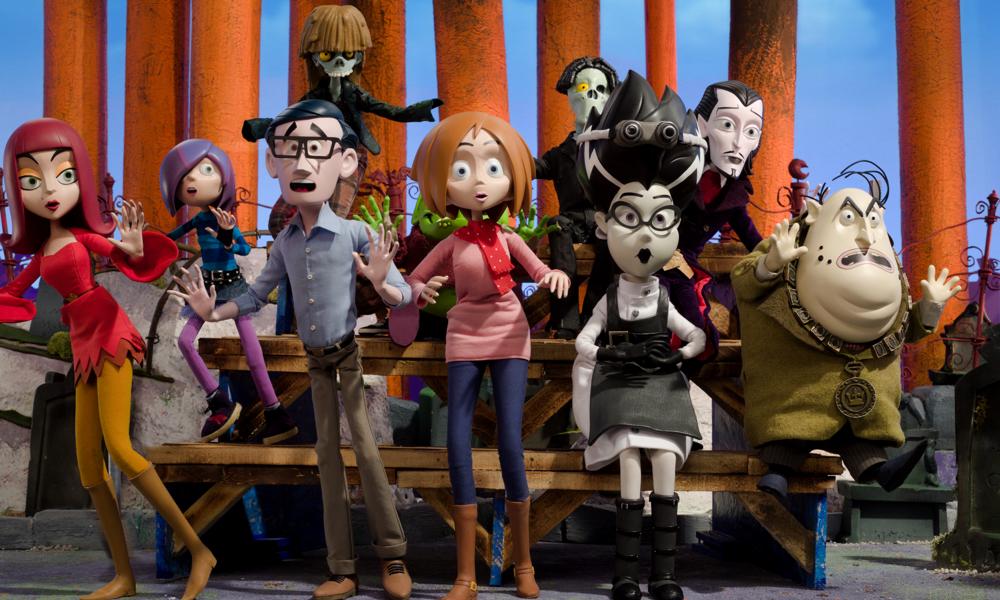 The children’s series Scream Street has offered an enjoyable mix of stop-motion madness and harmless frights since it debuted on CBBC five years ago. Created by Tommy Donvaband, the show focuses on the adventures of a young werewolf and his vampire and mummy buddies who live in a town inhabited by monsters. In October, the series begins its new season of 26 episodes, just in time for Halloween. We had a chance to catch up with the series’ brilliant showrunner Giles Pilbrow (Shaun the Sheep, 101 Dalmatian Street, Spitting Image, Horrible Histories) to find out how he and his team at the award-winning studio Factory prepared for this new round of out-of-this-world, madcap adventures. Here is what he shared with us: 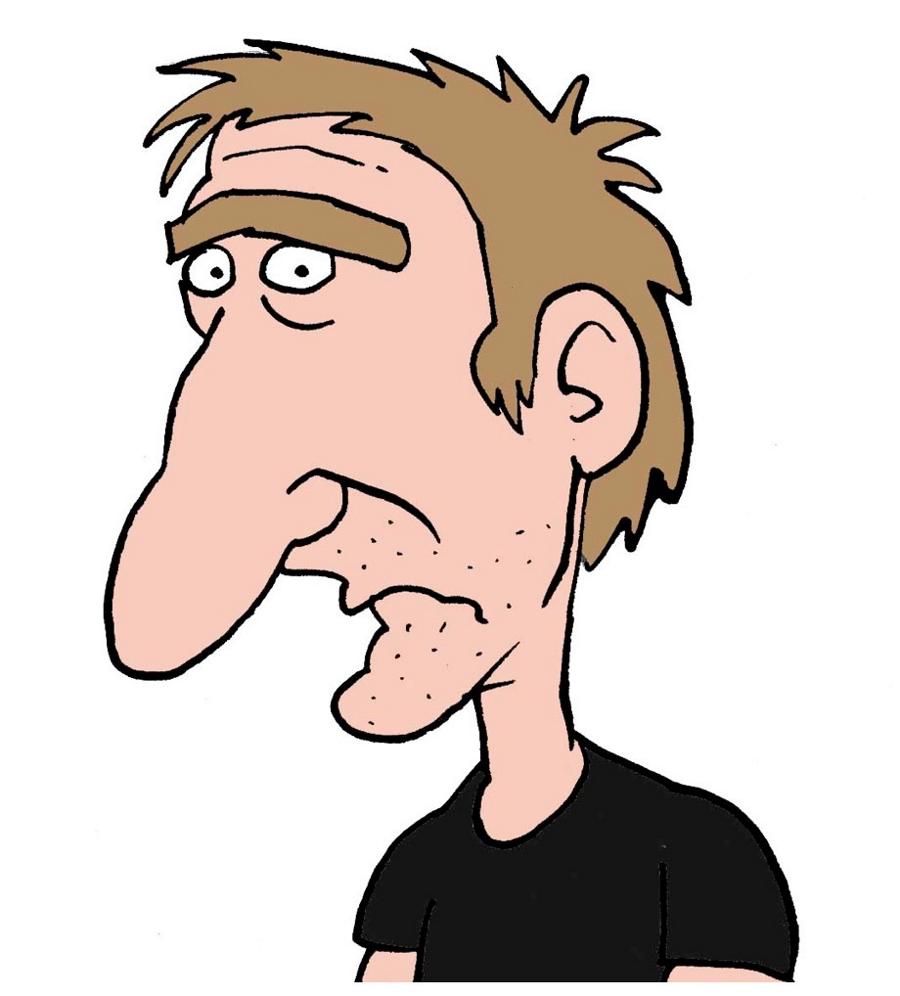 Animag: Congrats on the new season of the show. Can you tell us the inspiration for the show?

Giles Pilbrow: The series is based on Tommy Donbavand’s brilliant novels. He wrote 13 books in the Scream Street series, and came up with the concept of the world, as well as the warped characters that are the beating heart of the TV series. It was a real challenge to turn his epic 13-part thriller into something that worked in stand-alone episodes whilst retaining all the horror and comedic sensibilities of the original books. I think we’re getting near to cracking it now we’re on episode 78! 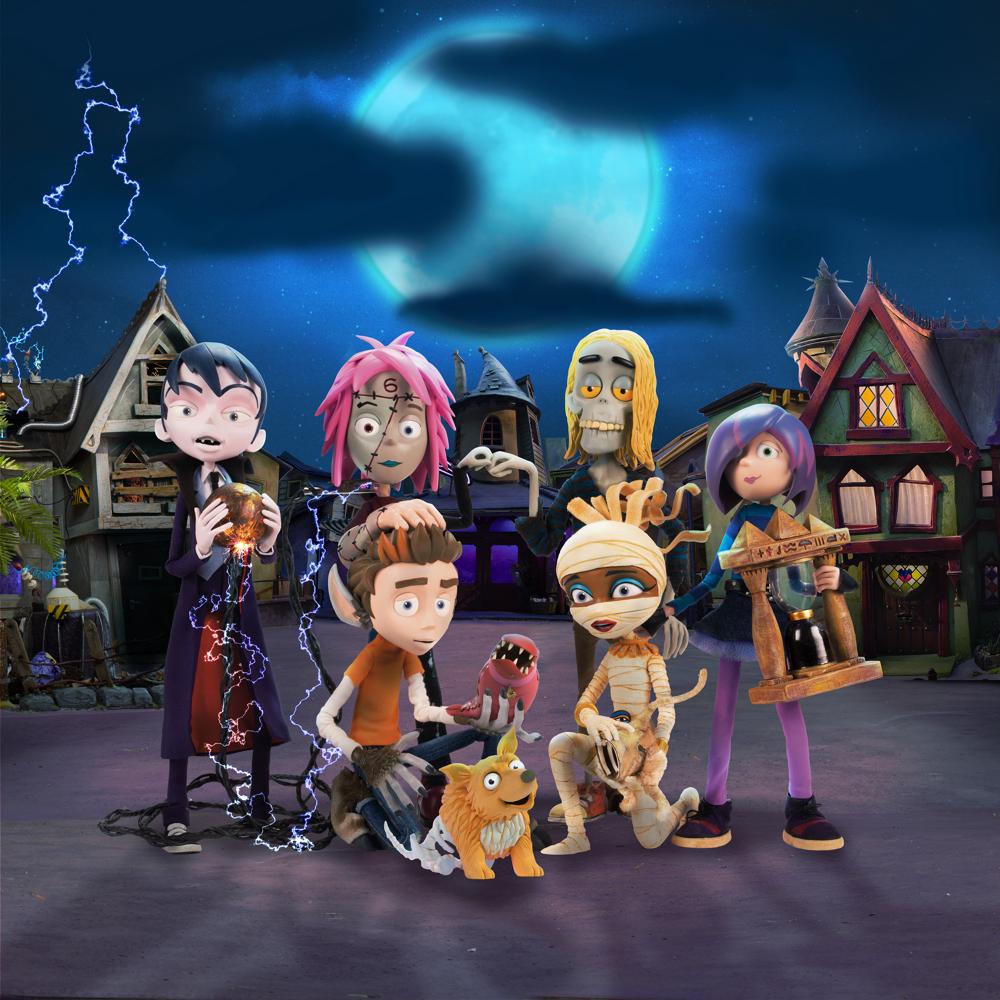 Where do you produce the animation?

The animation is produced at Factory Create in Altrincham, a real hot bed of animation talent. The warehouse-style studios look pretty dull on the outside, but inside they’re alive with creative wonders and visual delights. It’s amazing what Factory can do with a few words on a page.

Check out this behind-the-scenes CBBC video from 2015!

What is the ballpark budget?

The ballpark budget is, give or take, the same as for a ballpark. Don’t ask me – I’m only the showrunner. Which doesn’t just mean I make the tea, though I can do that as well. Milk, two sugars?

What kind of tools do you use to create the stop motion animation?

Please see the above answer. What wizardry they use to achieve the finished product is not for me to know. 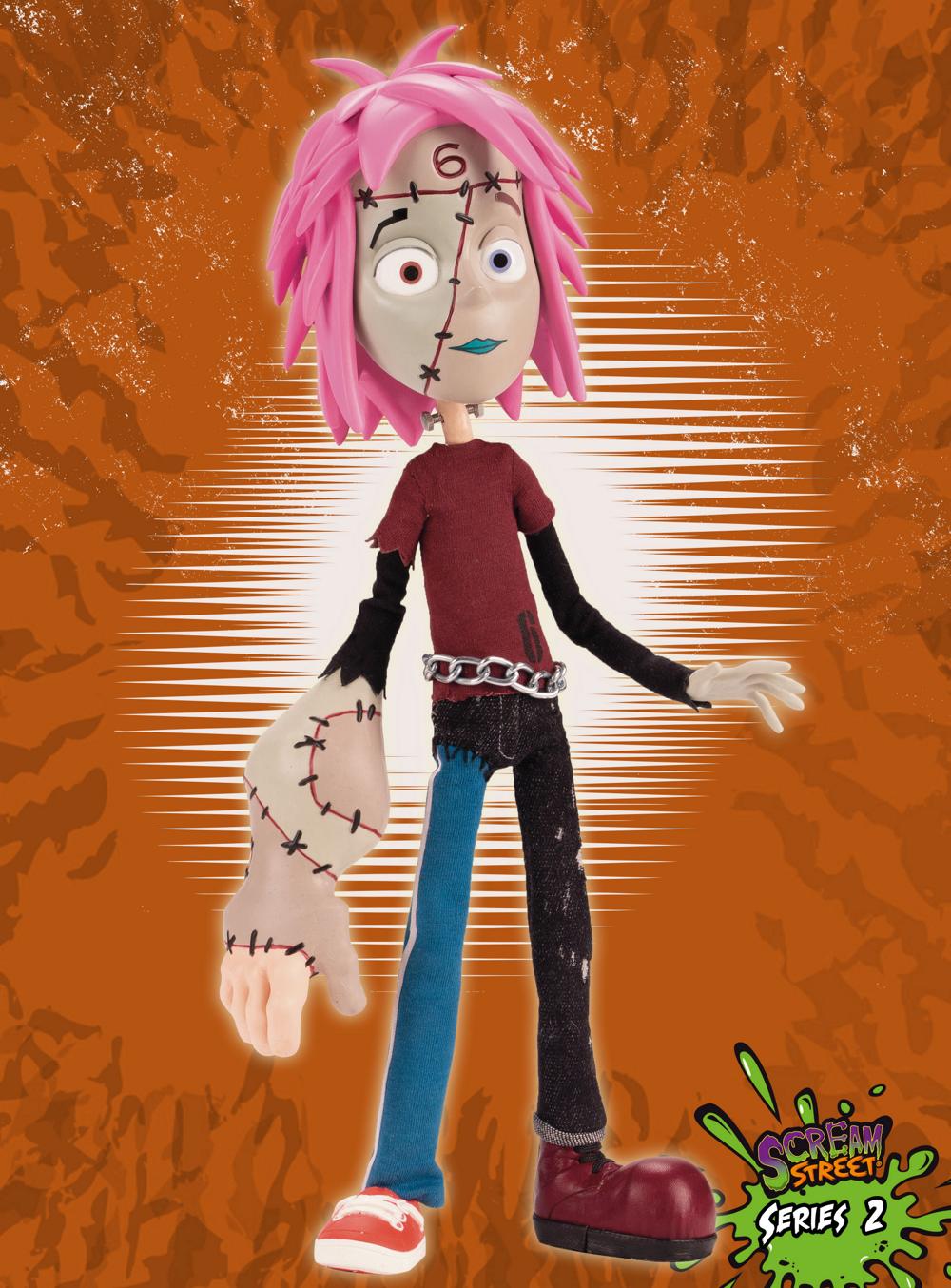 What do you love about the animation?

There’s something uniquely charming about stop-frame. I think the brain subconsciously knows these are real objects, and that you could lean in and pick up the actual doll-like characters from the set – though you might get an earful from an irate animator who’s going to have to reset the whole thing. The appealing physical reality of stop-frame coupled with a CGI pass for any special effects gives us the best of both worlds. There’s no concept, however out-there, that we can’t achieve on Scream Street, which is very creatively liberating.

What is your biggest challenge with this show?

The biggest challenge for me is to keep the Scream Street stories fresh after so many episodes. We’ve introduced two new characters this series: a crazy scientist called Dr. F and her teenage monster Six, who have added a new dimension to the series. Throwing a new character into the main gang has enabled us to shake up the complex relationships between them and their dysfunctional families. Director Geoff Walker and his team at Factory are brilliant at finding achievable ways to realise the creative madness required to keep surprising and entrancing the audience. 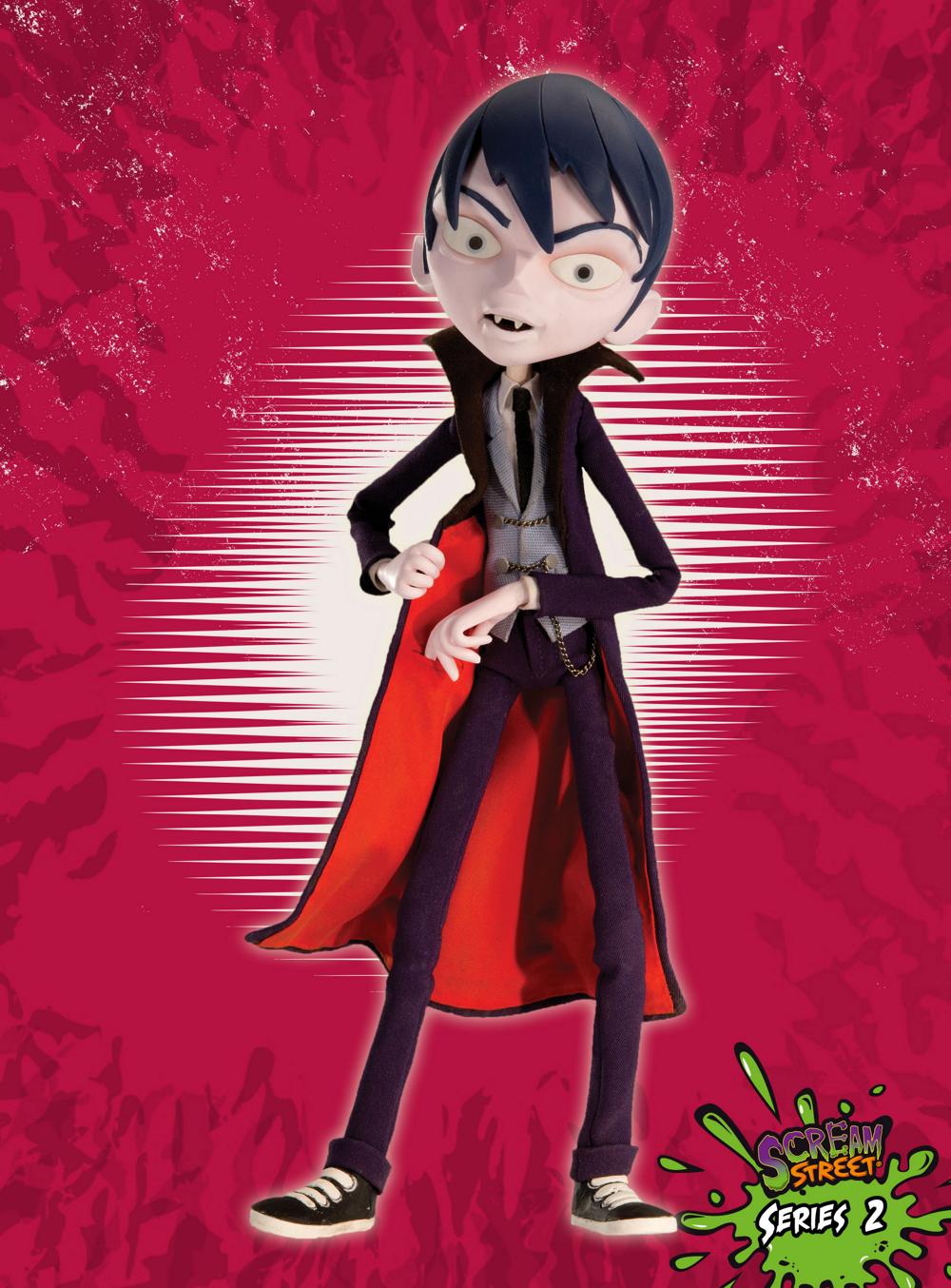 How have COVID era social distancing rules impacted the production?

The writing team all tend to work from home a lot anyway and we were lucky enough to get the last writing meeting in for this new series just before lockdown. The voice records are now being done with the voice artist in the studio with the sound technician and voice director whilst the director and Coolabi / CBBC execs dial in on video conferencing software. Factory have worked hard to put in place all the necessary new COVID working practices and social distancing rules at the studio. It’s not been straightforward, but the show must go on!

What are some of the most memorable reactions you have had to the show?

There’s nothing nicer than finding out that the show is resonating with its target audience. A friend told me that her child had just found Scream Street on iPlayer the other day, loved it, watched all the episodes, and wanted more. Well more’s a-coming! Series 2 is even bigger and better.

Catch all new episodes of Scream Street on CBBC this autumn. 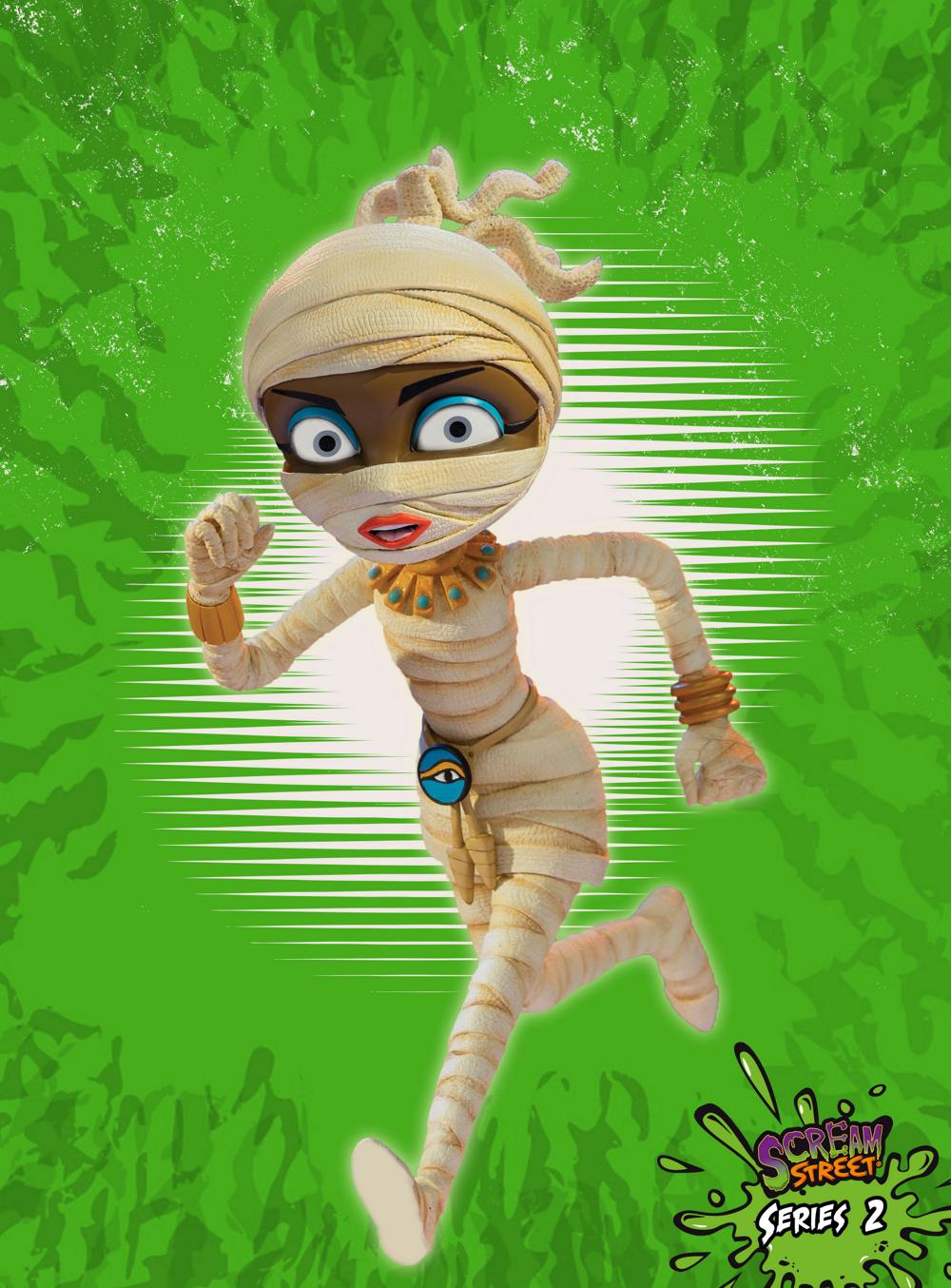 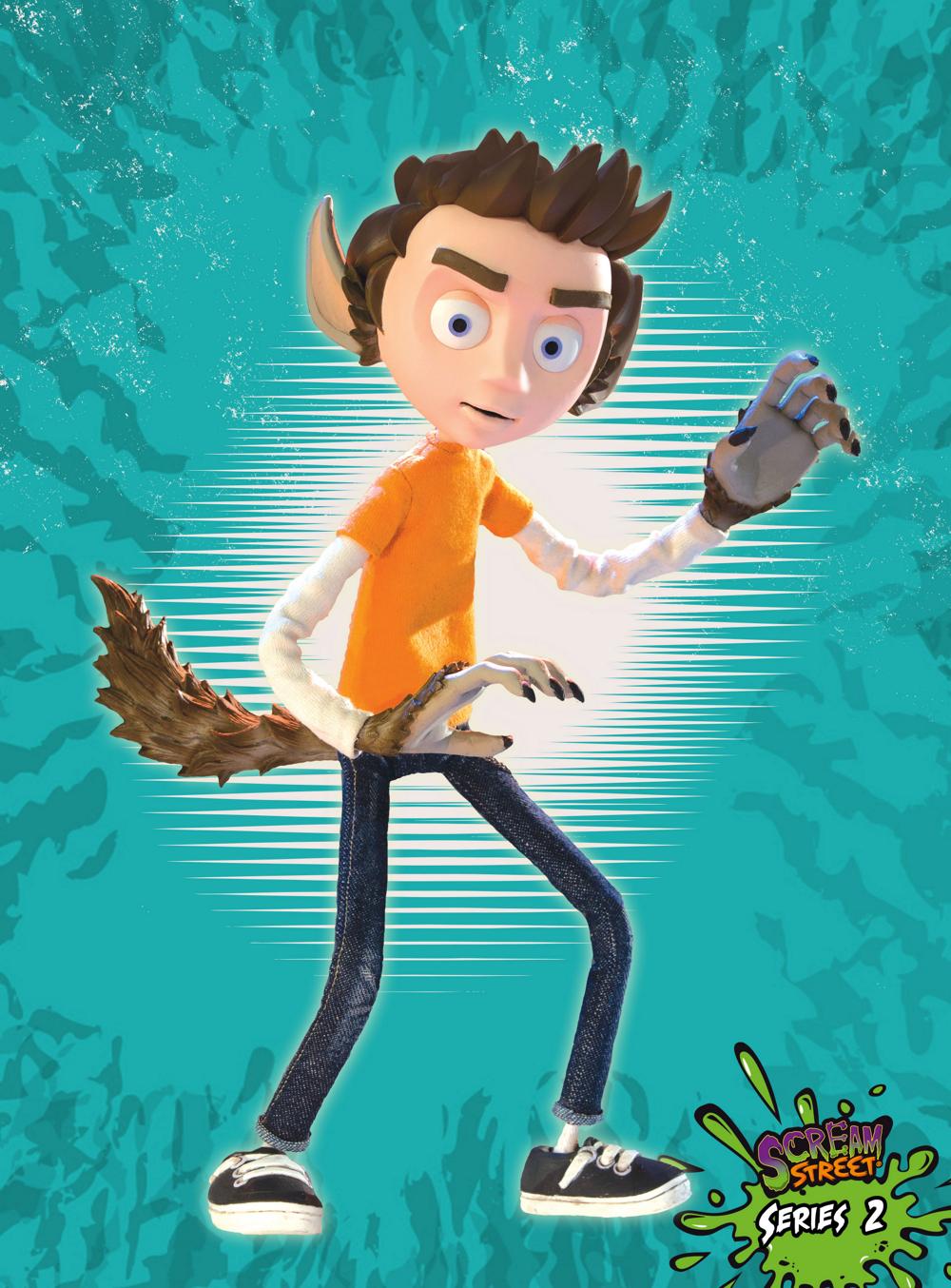