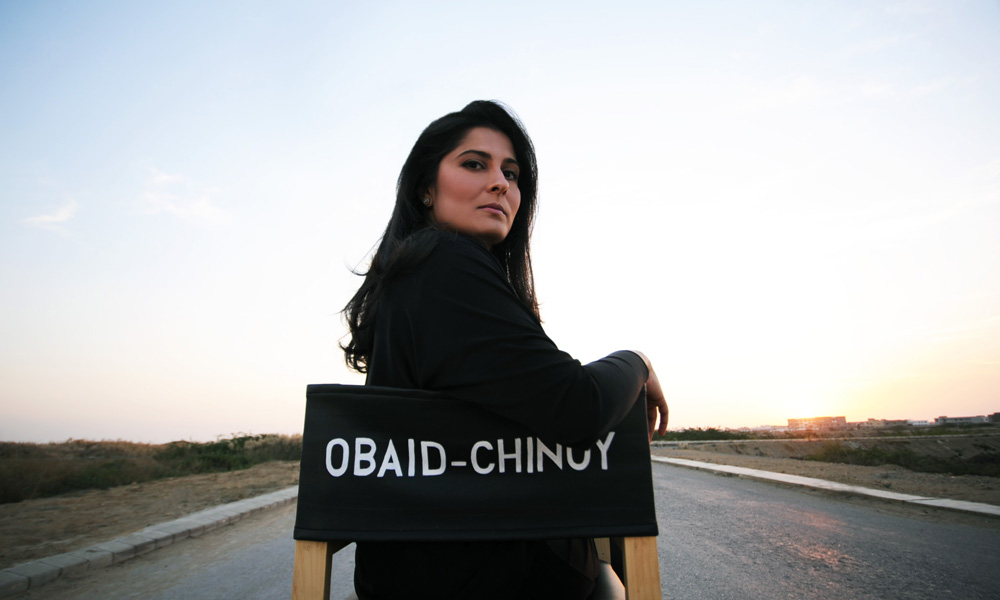 Sharmeen Obaid-Chinoy’s animated short Sitara: Let Girls Dream tackles one of the most important issues facing young girls in many countries around the world: how many are forced to abandon their personal dreams and marry older men through arrangements by their families. The beautifully animated CG short tells the story of 14-year-old Sitara, who dreams of becoming a pilot, but her goals are restricted by a middle eastern society that forces young girls to have arranged marriages. We had the chance to catch up with the two-time Academy Award winner and three-time Emmy Winning Obaid-Chinoy to find out about her latest work and its inspirations:

First of all, congrats on the success of your short. Can you tell us a little bit about the origins of the project?

Sharmeen Obaid-Chinoy: Let Girls Dream is an animated short film that was initially dreamt up many years ago. When my team and I began researching and carried out a series of interviews with young girls around the world who had been forced into early marriage – aged between 10 and 13 and married off to much older men — what we most commonly encountered was that the girls spoke a lot about their dreams. They regretted the fact that they had to give up school, were no longer able to be with their friends, and unable to study and become doctors, lawyers or artists.

After going through those recordings I thought to myself that there needed to be a film made about the dreams of young girls that becomes a global conversation starter between parents and children — something that could be shown on digital platforms, in cinemas, in schools and community centers with the purpose of persuading parents to rethink the need to invest in the dreams of their daughters. That’s how the thought of Pari, the protagonist of Sitara, was born.

When I began to write about Pari I always imagined her to be free and to be flying. We sat her on a rooftop, and gave her dreams of becoming a pilot because when that dream is taken away from her and she is married off, there’s a moment when you realize that her dreams will never take flight — that’s how the premise of the film evolved.

Waadi Animations, my animation production company in Pakistan, began working on the project in 2017 and it took us about 15 months to complete. We have about 35-40 people in total that have worked on the film.

Was all the animation done at your studio, and which CG tools does the team at Waadi use?

The animation was done entirely in house in Pakistan. We have used a number of tools including open software, developed our own pipeline.

Why do you think it’s so important to bring up the issue of child marriage in an animated project?

Animation allows you to convey things that I feel live-action and documentary films cannot. Animation is also not considered a threatening medium — parents watch it, children watch it. You give life to characters that shine on screen, they sing, you use music — it’s possible to reach two different audiences, parents and children, and I think that child marriage is such a sensitive issue in so many countries, including mine, that creating a film that spoke about that issue seen through the lens of the dreams of a young girl was hugely important.

I thought that animation was the only really suitable medium that could be utilized to do that, and now over the past four months we have managed to take the film into schools all around the world. In almost every school we have been to, there have been thoughtful discussions — sometimes with parents or with just the students — and in some of the communities that we have been screening the film, child marriage is in practice. Animation allowed us to get our foot in the door so that we could at least have that conversation.

Can you tell us a little about forming your animation studio in Pakistan?

Ours is a small animation studio based in Pakistan and everyone here is self-taught. We do not have animation schools or universities in Pakistan, so to create animation in Pakistan is what I would call the work of some very brave people, because we have very old hardware, our servers break down and have long electricity outages due to extreme weather conditions.

Our entire collective knowledge of animation and post comes from teaching ourselves – either through finding online mentors around the world to help guide us through interactive sessions or going through tutorials and PDFs that we find online.

So having taught ourselves about almost everything we could possibly learn, when Sitara: Let Girls Dream finally made it into the world, and we began to see the reactions that children, parents and audiences had, it gave us and the people who have worked on the film a lot of self confidence in our abilities to create animation, and to experience what it felt like to be part of the animation fraternity — the global animation fraternity.

What do you hope the impact of the short will be?

My team who has worked on the film have one simple hope: that girls around the world will be inspired to achieve their dreams. If Sitara can play a small role in doing that (which we are already seeing happen during and after screenings), it gives us all tremendous joy and hope for the future.

Can you talk a little about your goals and how you decided to create opportunities for female animators in your country?

Waadi Animations was set up so that I could create local heroes — local characters for the children of Pakistan, because most of them had never seen a reflection of themselves on the big screen before. They could hear their language, they could see their clothes, they could see their streets come to life! Whilst we were quite used to watching animation from Hollywood here, I thought our children also deserved to see more representations of themselves and that’s what motivated us to create animation.

From artists to producers, there are numerous women involved in the animation of Sitara. I want Waadi Animations to be a company where women feel safe, where they can come and create animation which allows them the ability to hone their skills, express themselves and display their own creativity. Not just with Sitara: Let Girls Dream, but with other films and short films that we are creating here, we want to encourage all female illustrators, animators, compositors to come forward and work with us. As a female filmmaker I always strive to ensure that women have a place on the table that they are given the opportunities and spaces to create and be creative.

What kind of challenges did you face along the way?

It has been a very difficult journey because we had to start from scratch and we have made many mistakes along the way. It’s expensive to create animation — the software and the hardware are expensive. We don’t have a basic infrastructure in place, so the very fact that we have been able to create Sitara and release it into the world, on this international platform — that in itself for us is our biggest accomplishment! 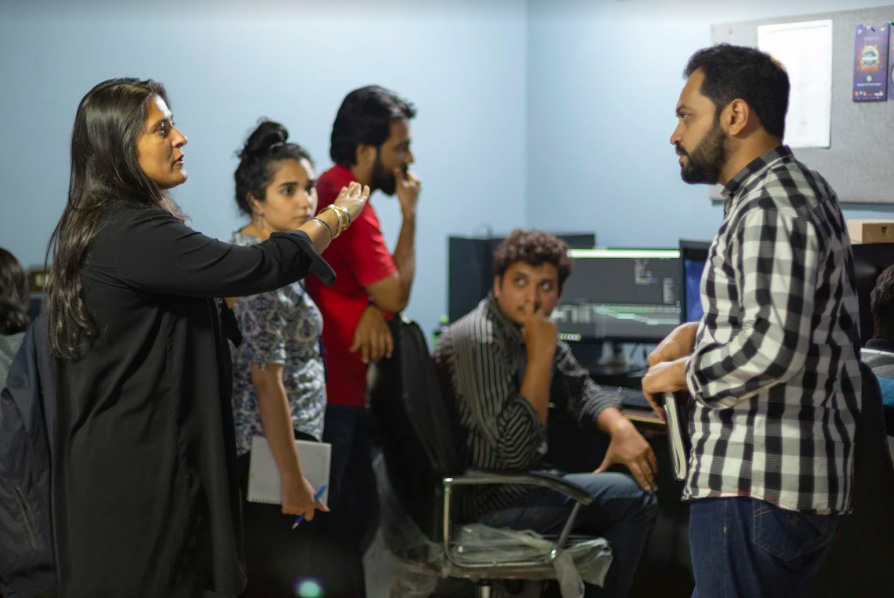 Sharmeen Obaid-Chinoy leads a team of animators at her Waadi Animation studio in Pakistan. 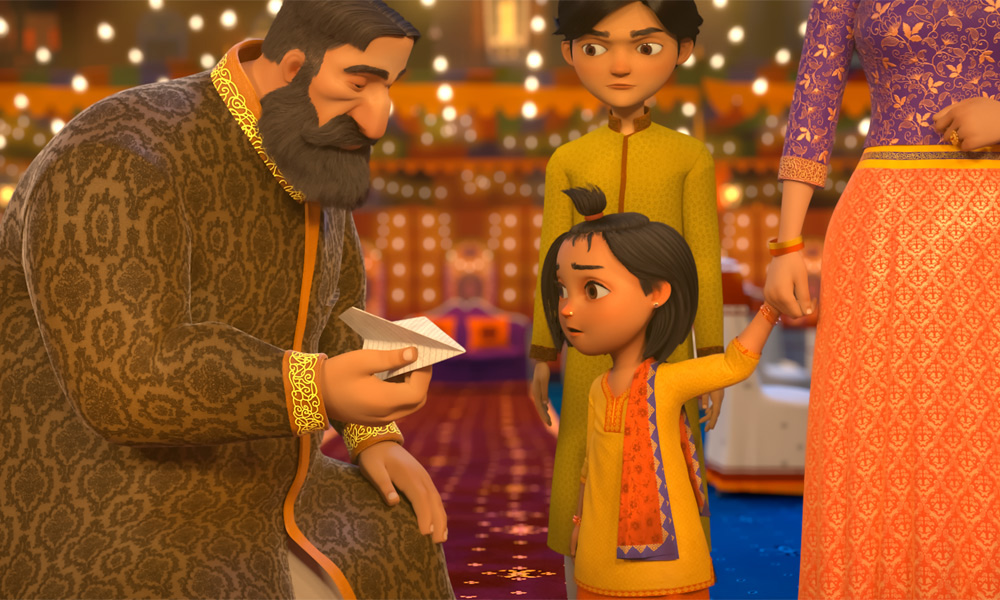 Sitara: Let Girls Dream centers on a young girl who dreams of becoming a pilot when she grows up. 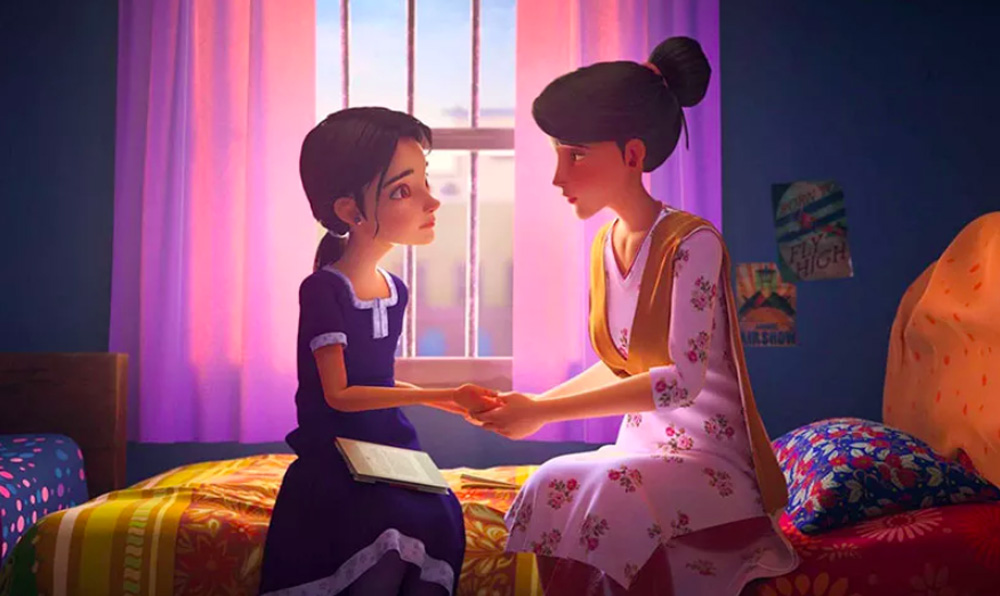 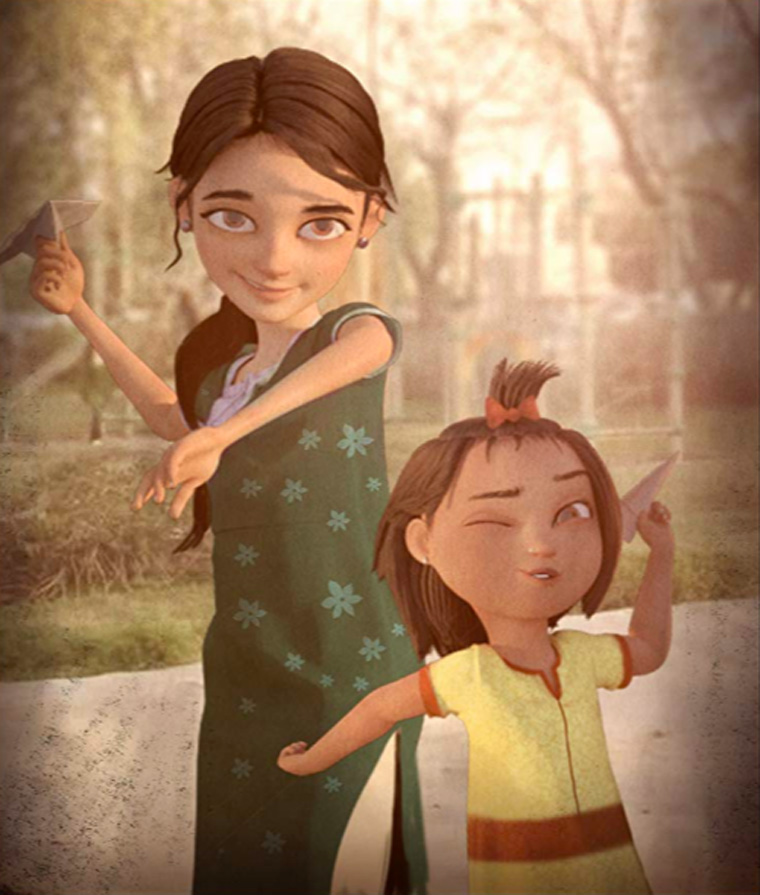 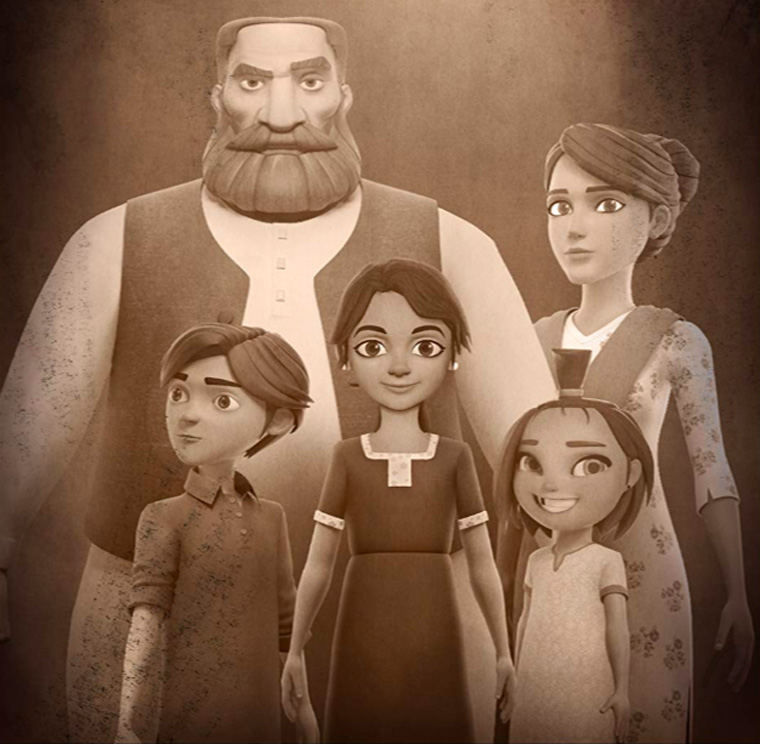 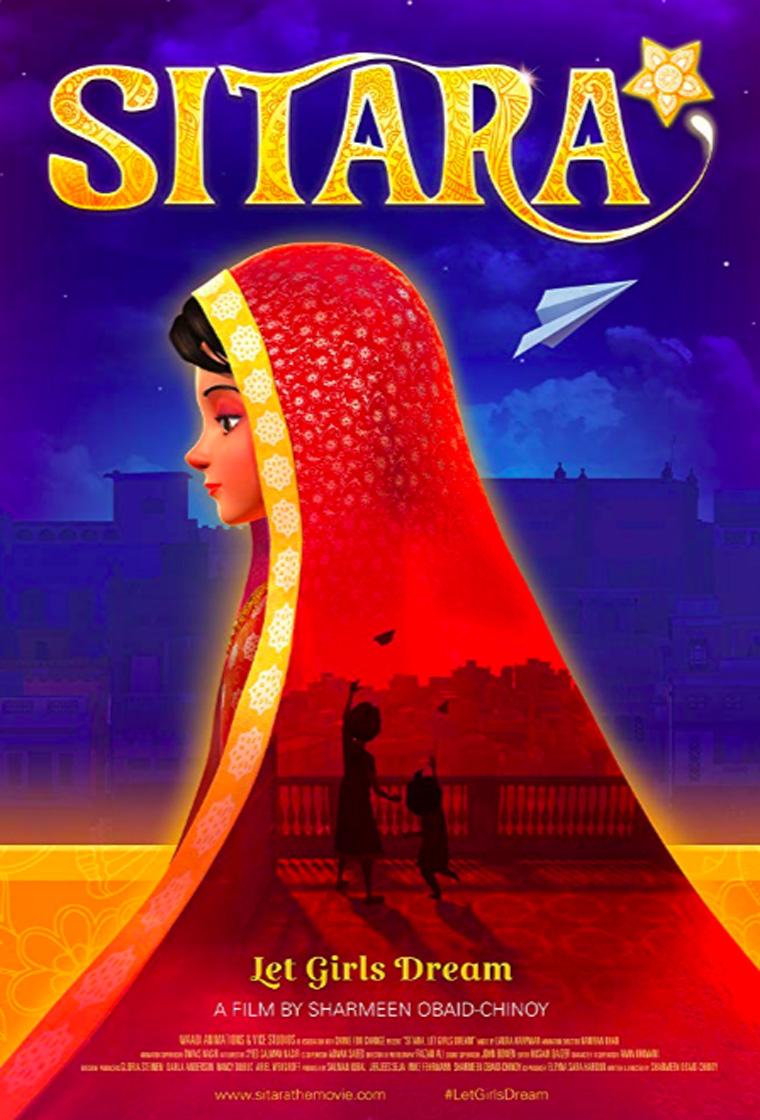