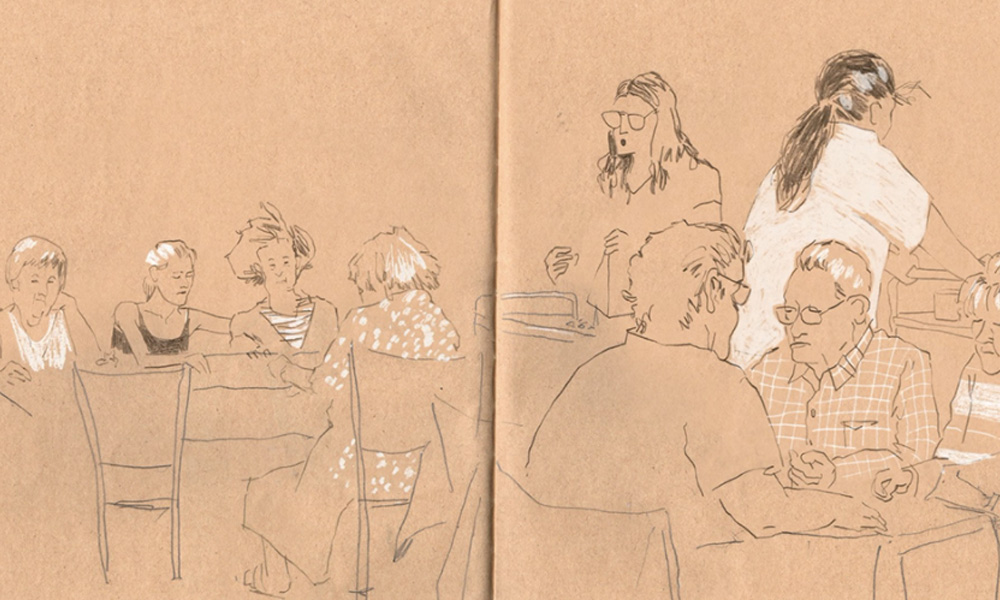 Peel (Écorce), the hand-drawn short by Swiss-German illustrator and director Samuel Patthey and co-director Silvain Monney, takes an unflinching look at the daily lives of the elderly residents of a retirement home. The short, which was produced by Swiss production company Dok Mobile and distributed by Interfilm Berlin and Square Eyes, won the top prize at the Annecy Festival in June. The short’s talented directors were kind enough to answer a few of our questions via email recently:

Congratulations on the recent success of Peel at Annecy and other festivals. Can you tell us a little bit about the short’s inspirations and origins?

Samuel Patthey: My two grandmothers were both taken to retirement homes. It’s when I was regularly visiting one of them that I discovered this microcosmos. Instantly, I felt I wanted to depict its inhabitants with their wrinkles, their distorted hands and their shaky yet graceful gestures. The soft time perception, the calm and precise soundscape fascinated me. I had the impression I’d never seen a movie trying to depict precisely the feeling of such places without any dialogue, only through simple moments of their daily life. So, I asked Silvain to join me for this project because we both love observing and trying to capture through drawing this sensitivity. We worked together during our studies and have a great chemistry in movie making.

Silvain Monney: The project begun as Samuel visited his grandmother in a retirement home. He was fascinated by this place, this small world that is so different and unique. He told me about working on a project about this place and I was really interested, as I love documentary drawing and we already worked together pretty well. So we contacted a few retirement homes and one of them welcomed us and our project with enthusiasm! We could come, go where we wanted to, when we wanted to. 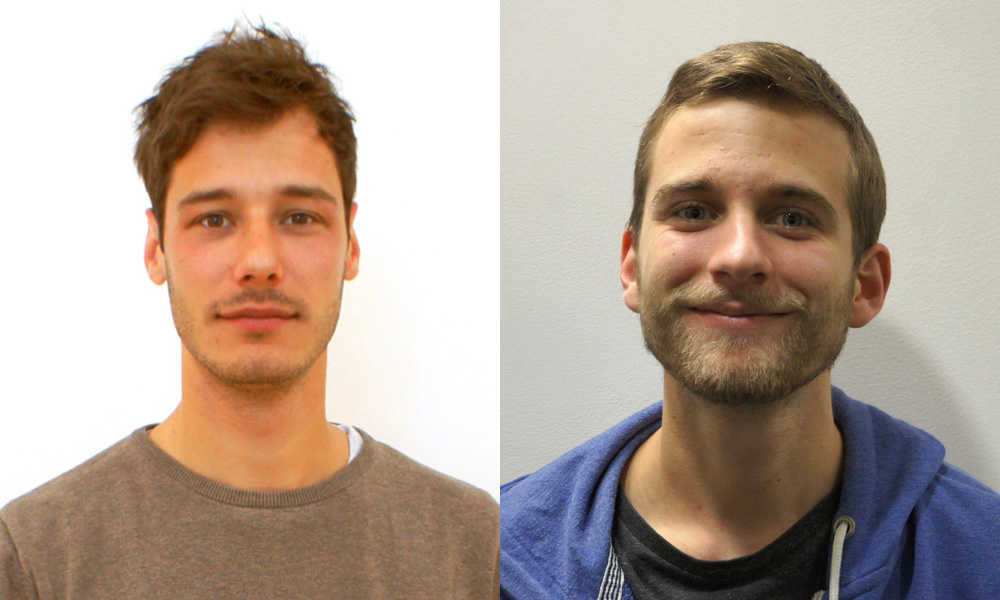 How were you able to capture all the details?

Patthey: We worked with traditional animation because we wanted to stay as close as possible to our initial, observation drawings. It was essential for us to keep the authenticity of the drawings, its documentary aspect and obviously the feeling we had. Therefore, the technique used at the residency for the initial drawing had to be animated into a scene with the same tools. Another aspect is that we both love drawing on paper and experimenting with some techniques. For us it was obvious that this movie had to be made on paper.

Monney: For about a year, we went there every week, once or twice, to fill our sketchbooks with drawings and some notes. We tried to remain quite discreet, to be like a hidden camera. The idea was not to talk about the life before or residents’ stories: we really wanted to focus on the place and how it works. Of course, we made some contacts with some of the residents! At the beginning, we just collected the material. After some months, we begun to scan everything, put the drawings on a wall and built the film with these scenes in a very lively and intuitive way together, discussing and testing a lot. We start working on an animatic with our sketches and drew some new scenes for feelings we wanted to express. Samuel spent a lot of time on the sound as well: it is a very important point in our movie and it really helped us to go from drawings to a film.

How long did it take to produce the short?

Monney: The project had begun in 2018, so it took about two years from the first idea to the end product. The production itself took about six months. We finished the film in March of 2020, just at the beginning of the pandemics. Sadly, that stopped us from showing the movie at the Villa Beausite (the retirement home where we went to) as planned. 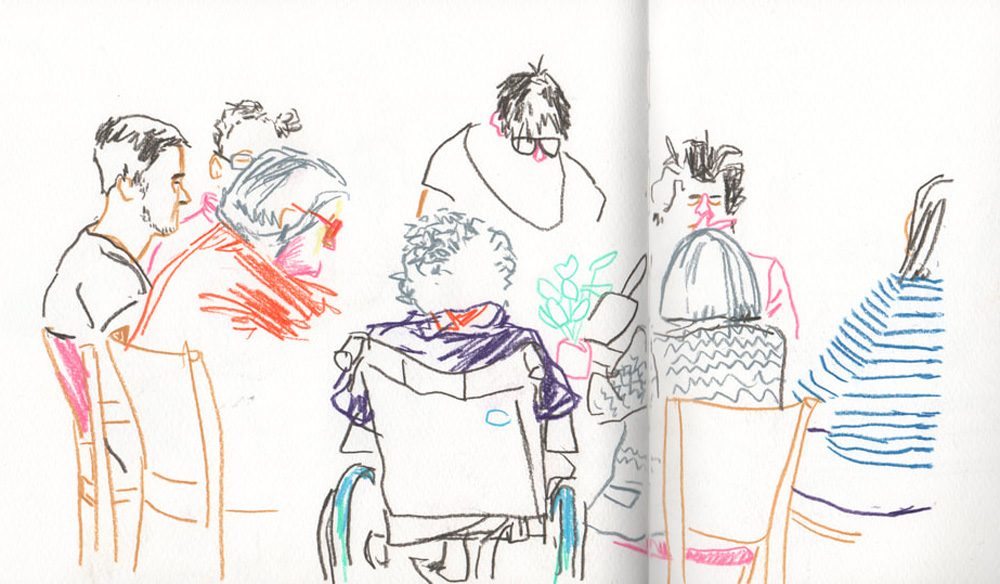 Can you talk about the animation process and the visual style?

Patthey: The visual style was induced by the selected observational drawing for the movie. Silvain animated his drawings to a scene and I did the same for my selected drawings. Valentine Moser worked on some of my scenes because I had too many scenes to animate by myself. She was a great help with an incredible sensitivity for this project.

Monney: To produce the animation, we hired Valentine Moser for a few months. So we were three people animating, everything on paper. At the end, I made most of the compositing and post production, as Samuel continued animating (he had more scenes than me). The rest of the film, we did all by ourselves except for the sound. We worked together with Florian Pittet, who also works in Fribourg. The sounds were recorded at the same place where we did the drawings. The visual style is directly related to the sketchbooks and the techniques we used in it.

Patthey: My idol is Hayao Miyazaki. I could just spend my life watching his movies again and again. Everything is right in his movies! 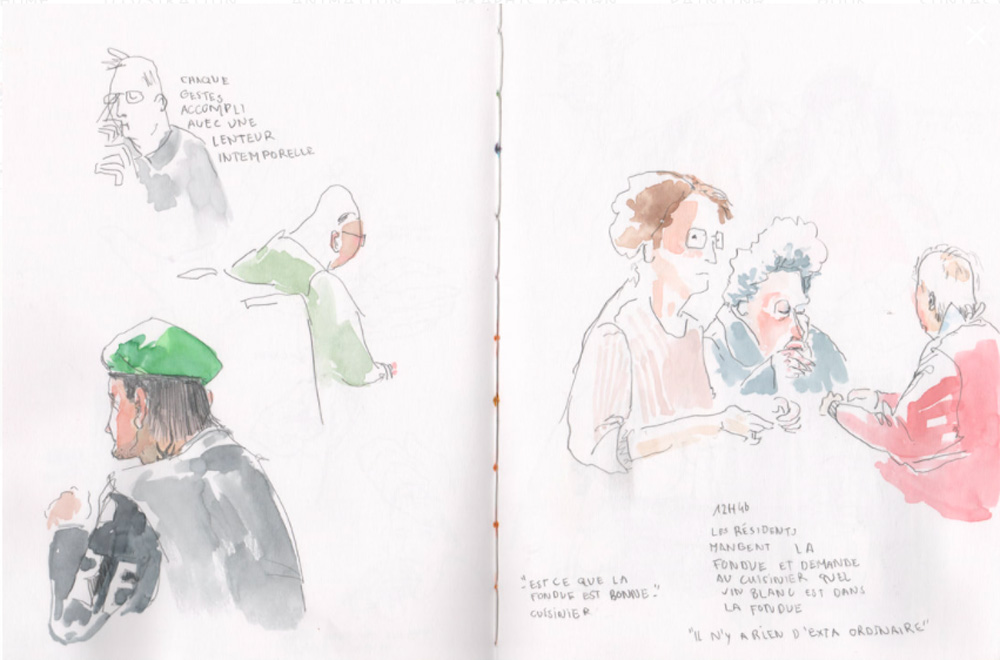 What were the toughest parts of making this short?

Patthey: I think the thoughts challenge was for me to stay true to the initial intention and feeling. Working for months on the animatic was demanding and at some point we couldn’t see it anymore. Having many different feedbacks didn’t really help the content. But it helped in keeping our intention and feelings clear as in, “No we don’t want to go into this direction!”

Staying for so long with the core of the short, without a classic narration, was hard. You need to stay focused and to believe in what you do.

Monney: It was difficult for me to animate my sketches. Some scenes needed really subtle movements and we had no video reference. One of the biggest challenges was also to build our movie the way we did it: with the feelings. We didn’t want to use the classical narrative structure, so we had to try a lot to meet what we wanted to express.

On the flip side of the coin, what were you happiest with?

Patthey: I am very pleased about the slow rhythm and the softness of the movie: I really think we managed to keep that basic idea. I am also very happy that we worked hard on the sound to nail it finally.

Monney: I am very pleased about the sound and the rhythm of the movie. I think we managed quite well to express the slow pace of this place. 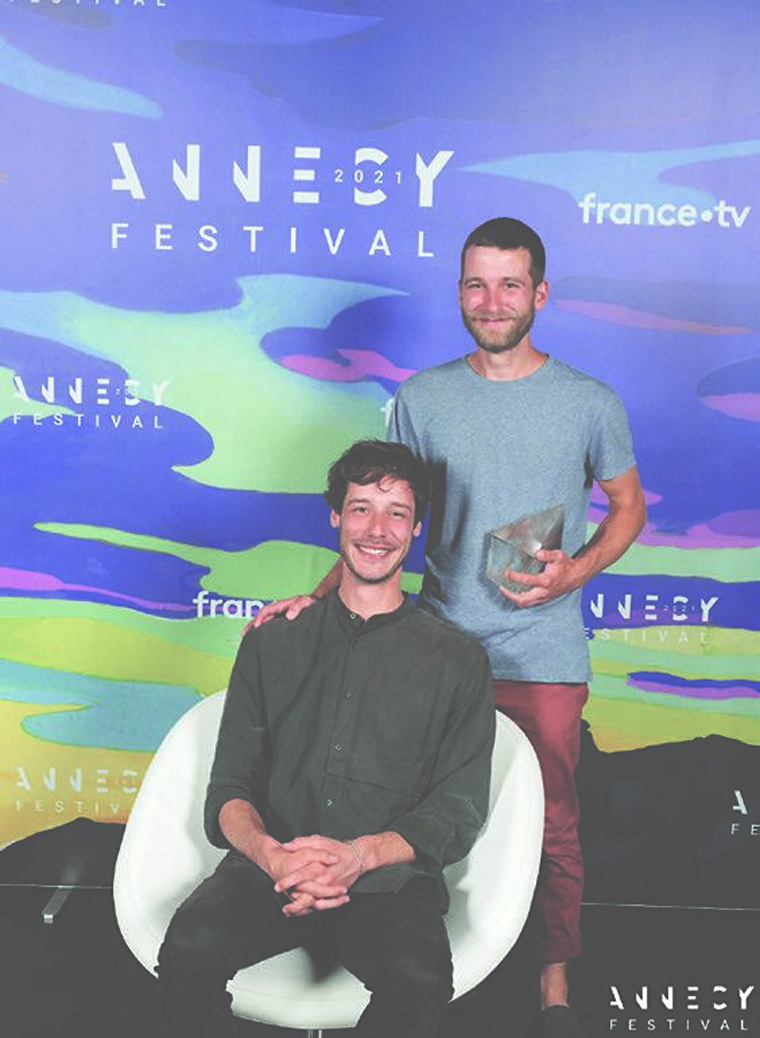 Samuel Patthey (seated) and Sylvain Monet with their Annecy Cristal (2021)

Can you tell us what you’re working on next?

Patthey: I am currently developing my next short animated movie. It’s an autobiographical fiction with the working title Sans Voix. It depicts the daily life of a young raver who has to deal with a big change in his life.

Monney: For me, I wanted to take a break from earning a living with drawing. It took [a lot of] energy and I wanted something else. So at the moment, I am an apprentice gardener. I still love to draw but I wanted to do something closer to nature and less in my head. But, of course, I am still drawing and I have some comics and video game projects.

What do you hope audiences will take away from Peel?

Patthey: My biggest wish is that our short can induce a reflection about our society and how we get old and die. Dying is the most certain thing in life. Shouldn’t we think and talk more about death and therefore about life?

Monney: We didn’t want to be political or too critical of retirement homes. However, I would be really happy if our film can open the discussion about the place of the elderly in the society. And, of course, I am really happy when the audience is moved by what they see.