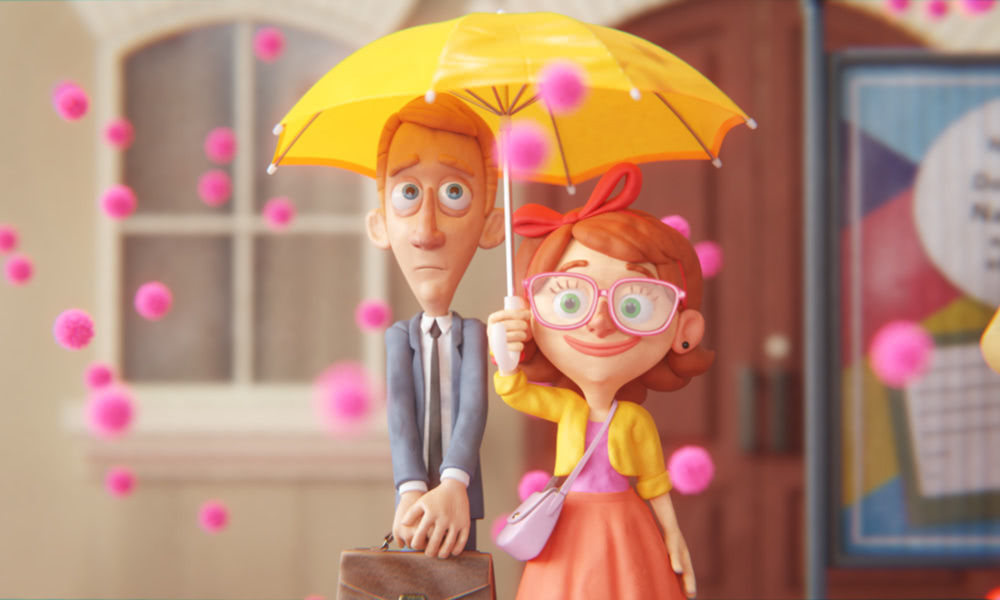 Singapore-based Omens Studios’ new animated short Soft Rain recently took home the Best Short Film prize at the Asian Television Awards. The short centers on a middle-aged man suffering from depression, who meets a cheerful young woman who introduces him to a different perception of reality one rainy day. The short’s writer and director Sacha Goedegebure (Big Buck Bunny, Oasis, Counting with Paula, Leo the Wildlife Ranger) answered a few of our questions about his new project:

Animation Magazine: Can you tell us how you came to direct this short after working on features and series?

Sacha Goedegebure: At Omens Studios, we try to create a new short film every two-three years, as a way to let our artists try something different both creatively and technically. It’s an opportunity to discover new talents in the studio, as well. The process usually takes more time than planned, as priority is always on our production series, so we all do our best to keep our short films development moving along as well. 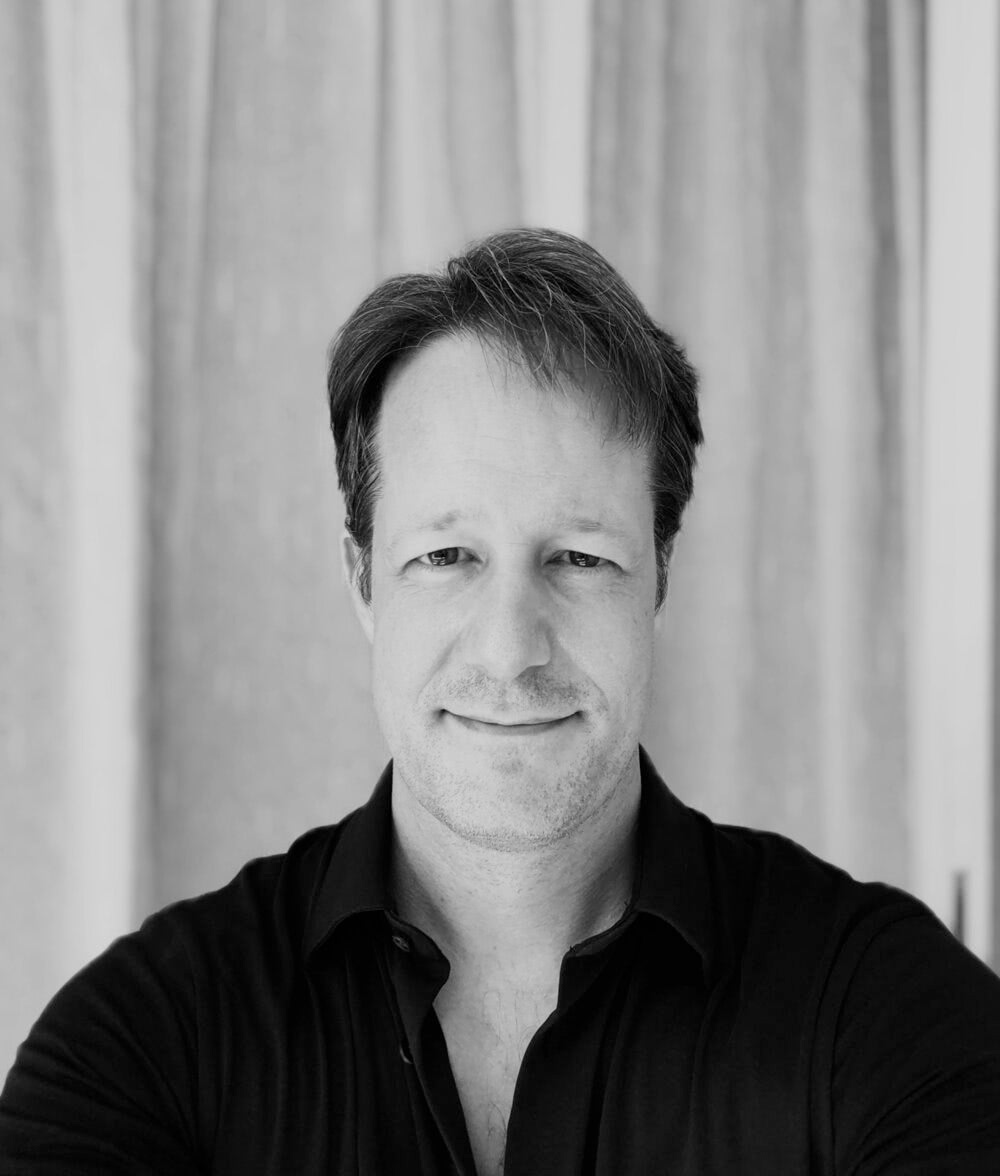 How many people worked on this short with you and how long did it take to make?

The number varied from three to 10 at any one time depending on the stage of the process. Several artists in each department in our studios in Singapore and Malaysia have worked on Soft Rain in one way or another, so perhaps a good part of our artists have contributed one way or another to the project. The duration was spread over a span of three-plus years, as we were working on it on and off, while simultaneously running with all our series productions.

What was the inspiration behind the short?

For a long time, I was thinking of a simple, surreal story, like a boy-meets-girl in a rain of bunnies. Over time, this idea evolved into something more, shifting its theme to perception and depression. For me personally, watching rain always makes me a little sad. It’s interesting how some people have a completely opposite reaction to rain. With Soft Rain, using symbolism and metaphors, we tried to show such opposite perceptions and how one person could perhaps affect another’s perception. 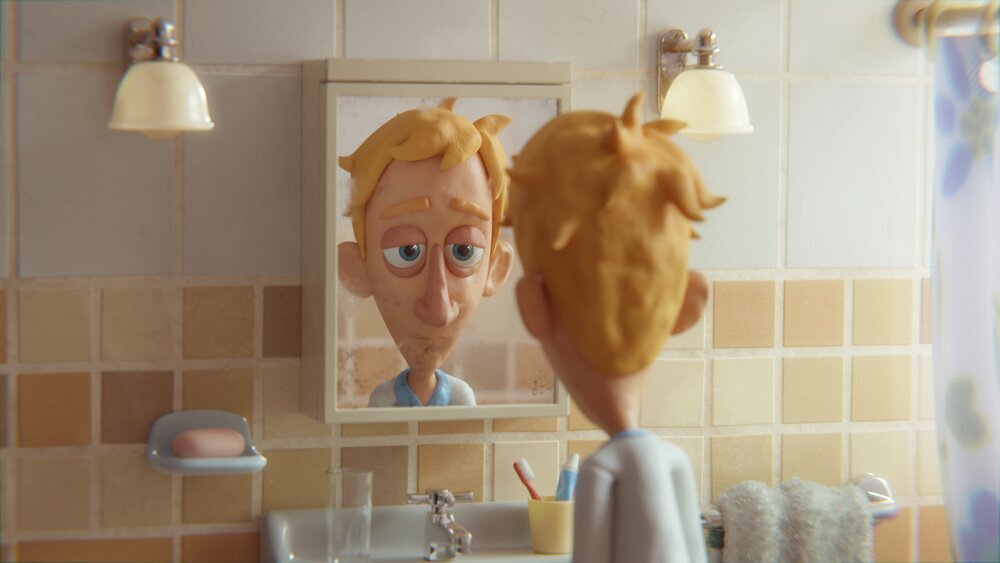 Which animation tools did you use to tell the story?

For this project, we created a specific Maya-to -Blender pipeline; using the FBX format, animation and rig data were transferred to Blender for all the shading and lighting. This allowed us to apply a clay shader without the use of UVs. The choice of a “claymation” style was simply an aesthetic one, but important enough to dictate the pipeline. With the shading and lighting in Blender, I could also easily contribute to that part of production.

What do you love about working on this short?

Whether it’s this project or other projects, I love to do some hands-on work myself. Being a director is more enjoyable for me if I can be part of the production. In the case of Soft Rain, I was happy to work on some of the lighting, effects and compositing. Bringing the shots to life in the final stage can be very rewarding. 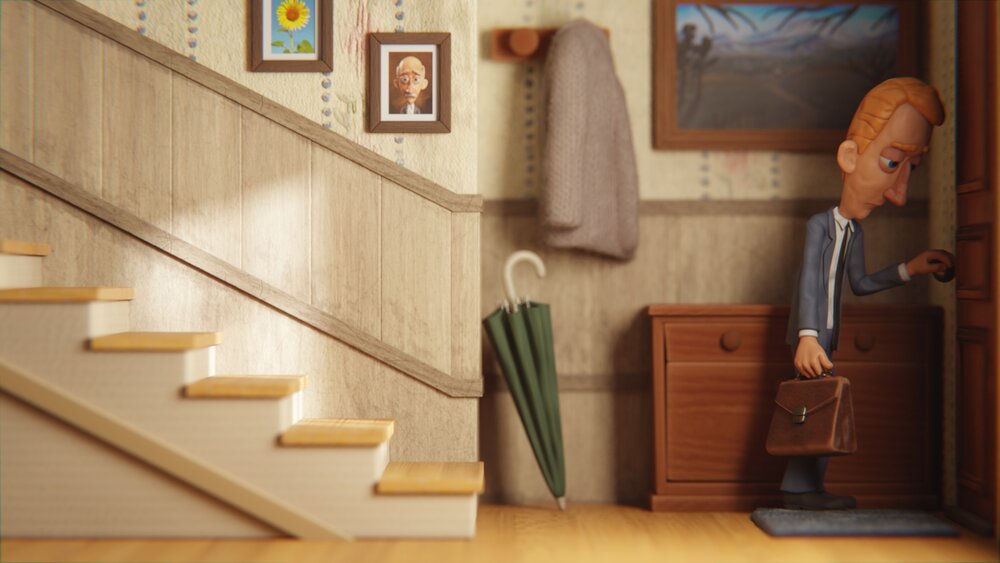 How did you get your start in animation?

Having a 2D background (with a Bachelor of Teacher of Fine Arts 2D), I started using Blender as a hobby to translate my 2D ideas into 3D. This got the attention of Ton Roosendaal, main developer of Blender and now producer at the Blender Institute. He invited me to work in a small international team in Amsterdam, to write and direct a short film. That resulted in Big Buck Bunny, which started its production in 2007 and took us six months to complete. Big Buck Bunny was created completely with free and open-source software, and it was released under the Creative Commons Attribution 3.0 license.

What was your biggest challenge as you made this short?

Besides finding time to work on the project, the technical challenges were the most obvious. Soft Rain has moments with lots of pink fluffy balls (which we called “Flinkies”) dropping from the sky. The physics weren’t always great, especially with character interaction. But luckily, we can always move the viewer’s attention away from small flaws to something more important. 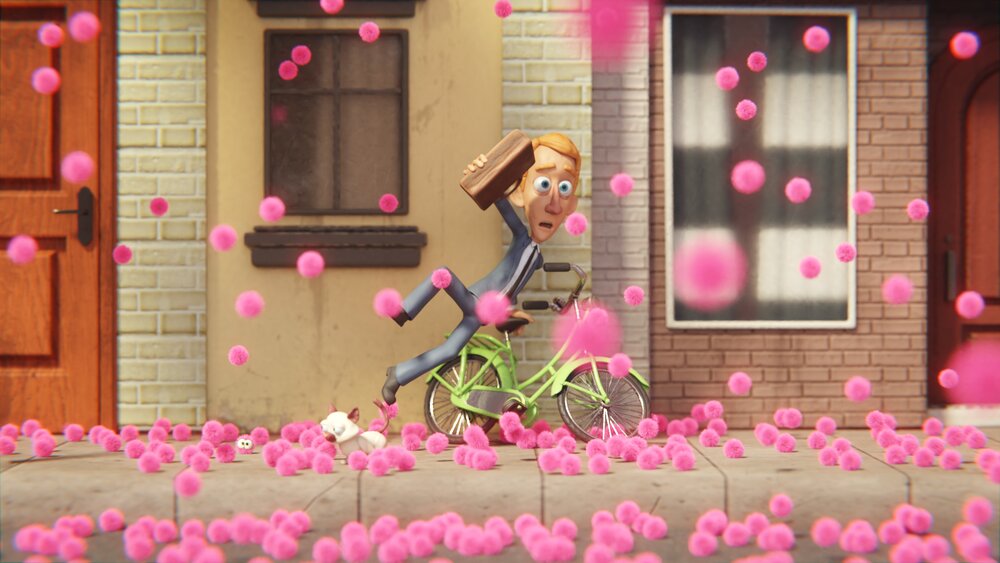 What kind of feedback have you received?

Due to the ambiguous nature of the story, people have gotten a different meaning out of it. Though as a writer, I gave everything its own specific meaning, it’s interesting how people’s interpretation can differ. Much like the theme of Soft Rain, people’s perceptions can be very different.

What do you hope audiences will get out of this short?

Soft Rain uses different symbolism and metaphors, so the story is quite ambiguous in its meaning. We opted for a story that might leave the viewer with questions, so we hope that anyone who watches Soft Rain feels invited to give the story some thoughts about what it means for them. More specifically, Soft Rain tries to tell that we don’t all share the same perception; and being aware of this could help us take more care of each other.