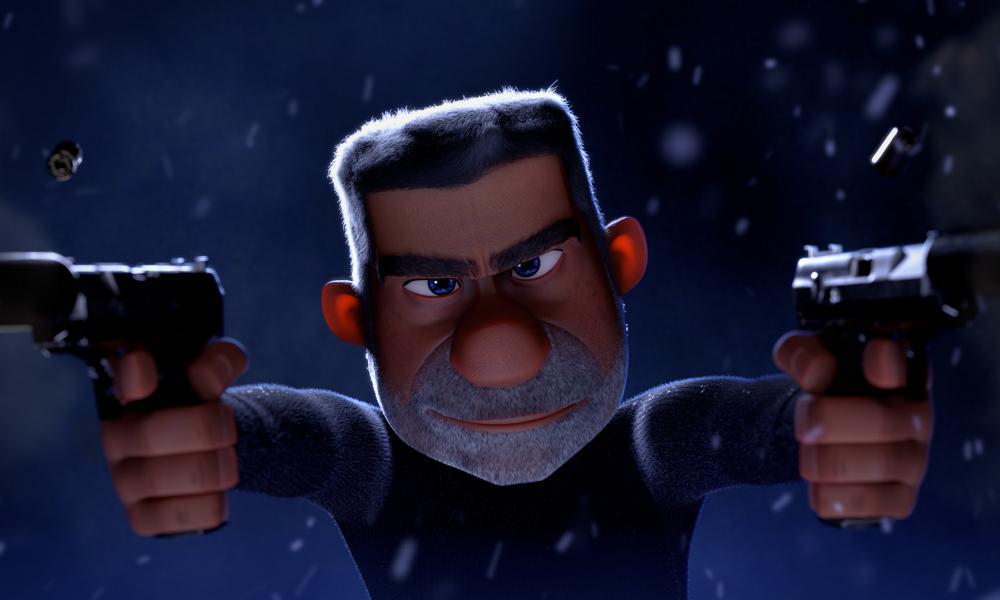 Ringling College of Art and Design graduate Jeremy Schaefer’s action-packed new short The Box Assassin centers on an unassuming pizza delivery guy who unwittingly gets involved with a legendary assassin during a typical work night. Jeremy raised money for this labor of love via Kickstarter, and the short has now made its online debut (you can watch it at the end of this article). 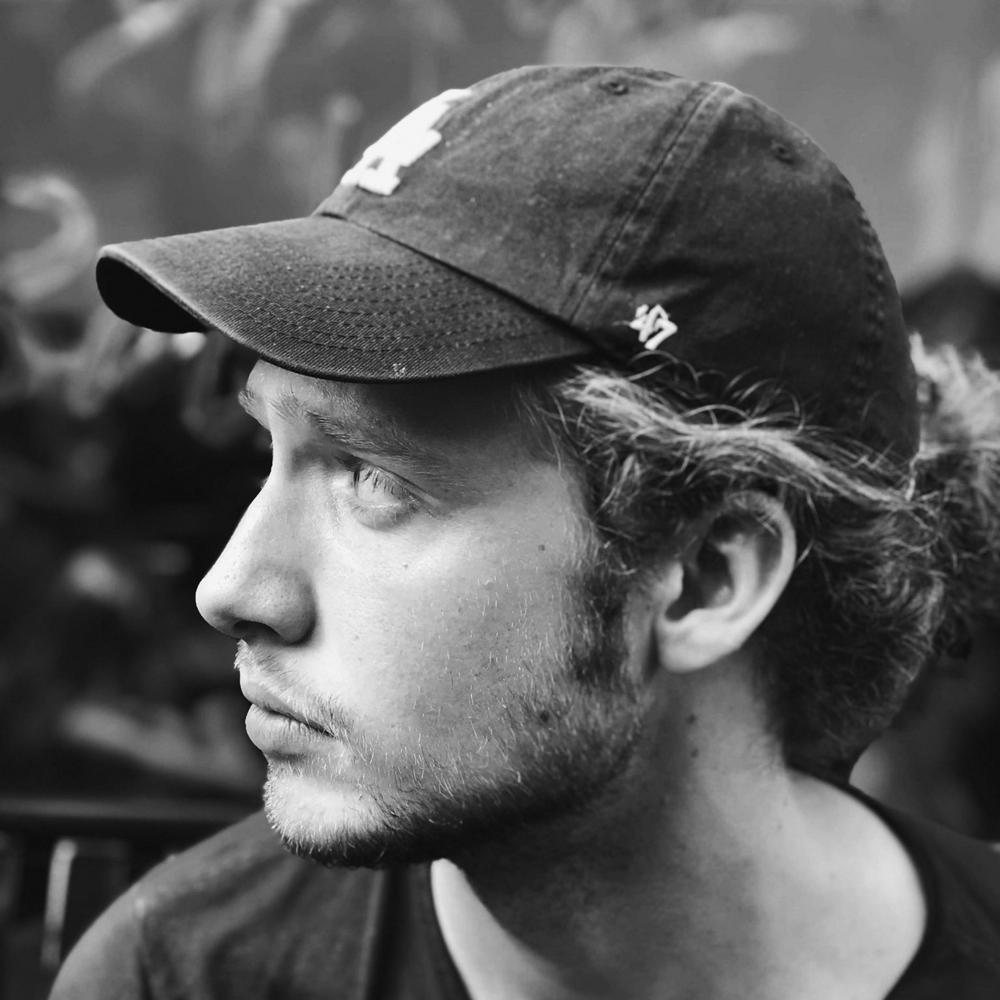 Animag: Congrats on the early success of your short. Can you tell us about your inspirations?

Jeremy Schaefer: At my school we go through a semester of pre-production for our senior films. During this time we pitch ideas, and work to refine one down to be ready for production come senior year. The problem is, I was struggling to find an idea I really loved. After developing two ideas, and the semester almost being over, I still didn’t have what I wanted. I went back through my Google Drive looking for inspiration, and I stumbled upon some stories I was writing back in high school.

The original concept was something along the lines of a man getting revenge on a mobster boss for threatening his family (much more dramatic, haha). The title stayed the same though, The Box Assassin. With the help of my professors, Andy Welihozkiy and Paul Downs, I was able to refine the story. They were huge in helping me get the story working, and just encouraging me along this long process.

The pre-production for the film started towards the end of April of 2019, and the film was finalized a year later at the end of May of 2020.

How many people worked on it with you?

This film was a solo project, so I was responsible for all the visual aspects (storyboarding, vis-dev, modeling, layout, animation, lighting, compositing and editing). I did work with a composer, Vidjay Beerepoot, and sound designer, Sander Houtman. They both did an outstanding job, and really brought the film to the next level! Also, I received a bunch of amazing feedback from my professors, mentors, friends and family. The film wouldn’t have been possible without them and their input. A fellow Disney intern, Euni Cho, designed the Pudgy’s Pizza logo that’s seen in the film. So a huge thanks to her for doing that!

Which animation tools did you use to create it?

The main tool I used in production was Autodesk Maya. In Maya, I completed the set/prop modeling, rigging, surfacing, layout, animation and lighting. The characters were all sculpted in ZBrush. A little bit of texture work was done in Substance Painter, but I also enjoy texturing in Photoshop. The film was rendered with Arnold, and compositing was done in Nuke. Everything was edited in Adobe Premiere and, lastly, I used Adobe After Effects to create the end credits.

What was the biggest lesson you learned throughout the process?

One thing I struggle with is the fear of failure. I put a lot of pressure on myself going into this film, and I was super anxious. But something I have noticed in the past few years, is the importance of being vulnerable with your work and ideas. Doing this, I believe you can almost always get to the end result you want. Showing your work early, getting feedback from trusted people, and applying that feedback, works. There’s really no set amount of times you may have to do everything over again, haha. But nonetheless, I believe that system works well, even more so after seeing it throughout the process of making this film.

I also found that many answers come to you as you jump into the creative process. One great example was the dialogue in the film. I don’t consider myself a good writer, or even a writer at all. The way I figured out the script was acting it out myself. It sounds kind of crazy, but I would get in a sound booth, or even at my desk in my room and just improv it. I’d see what comes to my head. Often when I got into character, and started talking, I would say something that would spark another idea or action. It actually felt like a really organic way to work vs. writing down lines on paper. I kept doing this, and eventually found a rhythm to the script and the film as a whole. That being said, I was still swapping out dialogue until the last month of production. Again, my professors gave a lot of helpful feedback as to what parts felt good and what wasn’t working. What topped it off was when the voice actors recorded their lines. They all brought unique aspects to them, and I really appreciate their contributions and talent.

Currently, I’m looking for a job as a character animator. I feel like there’s so much I can learn from character animation. Not just how to move a character, but all the things animation are really about, such as performance acting, and storytelling. I have much to learn in all of these aspects.

When did you know you wanted to get into animation?

I don’t think there was a moment I knew I wanted to get into animation. If I’m being honest, there were some Minecraft animations that got me excited as a kid. I was fascinated that most of the animations I saw online were created by one or two people. This really inspired me, and even though I was interested in live action at the time, I felt animation allowed me to achieve more without having a big crew of people, fancy lights and lots of camera equipment. Live-action filmmaking has also become more accessible, but the idea of creating everything in a piece of software was mind blowing to me.

As I learned more about the animation process, and was able to experience some of it in college, I learned just how much goes into the making of an animated film. I realized the importance of the fundamentals of drawing, color and just an appreciation for art in general. The craft, thought, attention to detail and purpose behind everything on screen is what really amazes me now. Again, I thought I may enjoy live action more, but I think animation is so great because you can use live action (also just everyday life) and exaggerate it to your liking. The Box Assassin isn’t highly stylized, but also I’m not sure how well a man popping out of boxes would work in live action.

It’s impossible to choose one, but I love Ratatouille, Tangled and Meet the Robinsons. Also, Killer Bean. Kidding! … A little bit … not really.

What was the best advice you got about studying and working in animation?

I think the most important thing was learning how to receive feedback. One of the most helpful things is finding people who you can trust will be up front and honest with you, while not tearing you down. Even after finding people like that, I often felt overwhelmed by what they would tell me. When that happens, it tends to make you less inclined to keep asking for more feedback. I always remind myself to not take feedback personally, and only as something to get better and improve your work. This is something I have to do on every project to this day, remove myself from my work and be open to other’s notes.

And in the end, you don’t have to follow exactly what someone suggests. Sometimes the note may be, “I think the character should do this action instead of this one.” But in actuality, the core of the note could be that what the character is doing is not clear. It’s good practice to try and learn the deeper problem behind a note. Overall though, I think it is better to be quick to listen and not put up defenses.