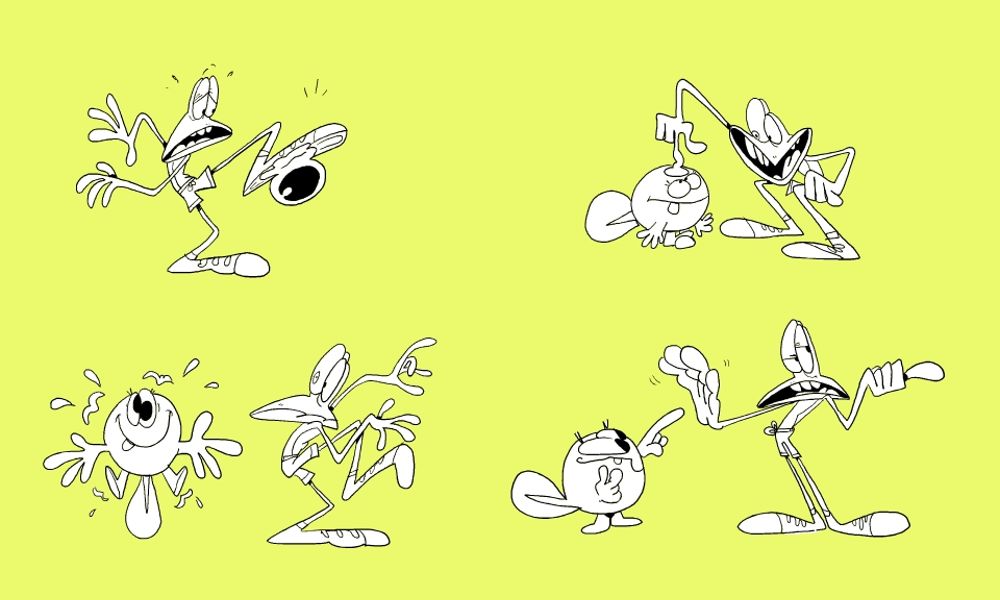 Those who’ve been following YouTube’s wild world of animation are familiar with Ross Bollinger and his hugely popular 2D animated series and channel Pencilmation. The snappy, dialogue-free toon, which features simple animated characters and slapstick situations, has entertained over 18 million subscribers since it was first introduced in June of 2009. After delivering 512 episodes of his hit web-series, the New York-based creator is getting ready to launch a new animated show, called Gil Next Door, which will be more along the lines of TV toons such as SpongeBob SquarePants and Rocko’s Modern Life.

“We started thinking about the premise of the new show about a year ago,” says Bollinger during a recent phone call. “There are lots of shows about two best friends, but we started playing around with the older brother-younger brother dynamic. I have a younger brother who is six years my junior, so there’s some gap between us, and when you have that much age difference between siblings, you sometimes get a little bit of a parent-child dynamic going on, too. So, we hit upon a frog and a tadpole as a good way of capturing that relationship. Gil for the frog and Wolly for the tadpole.” 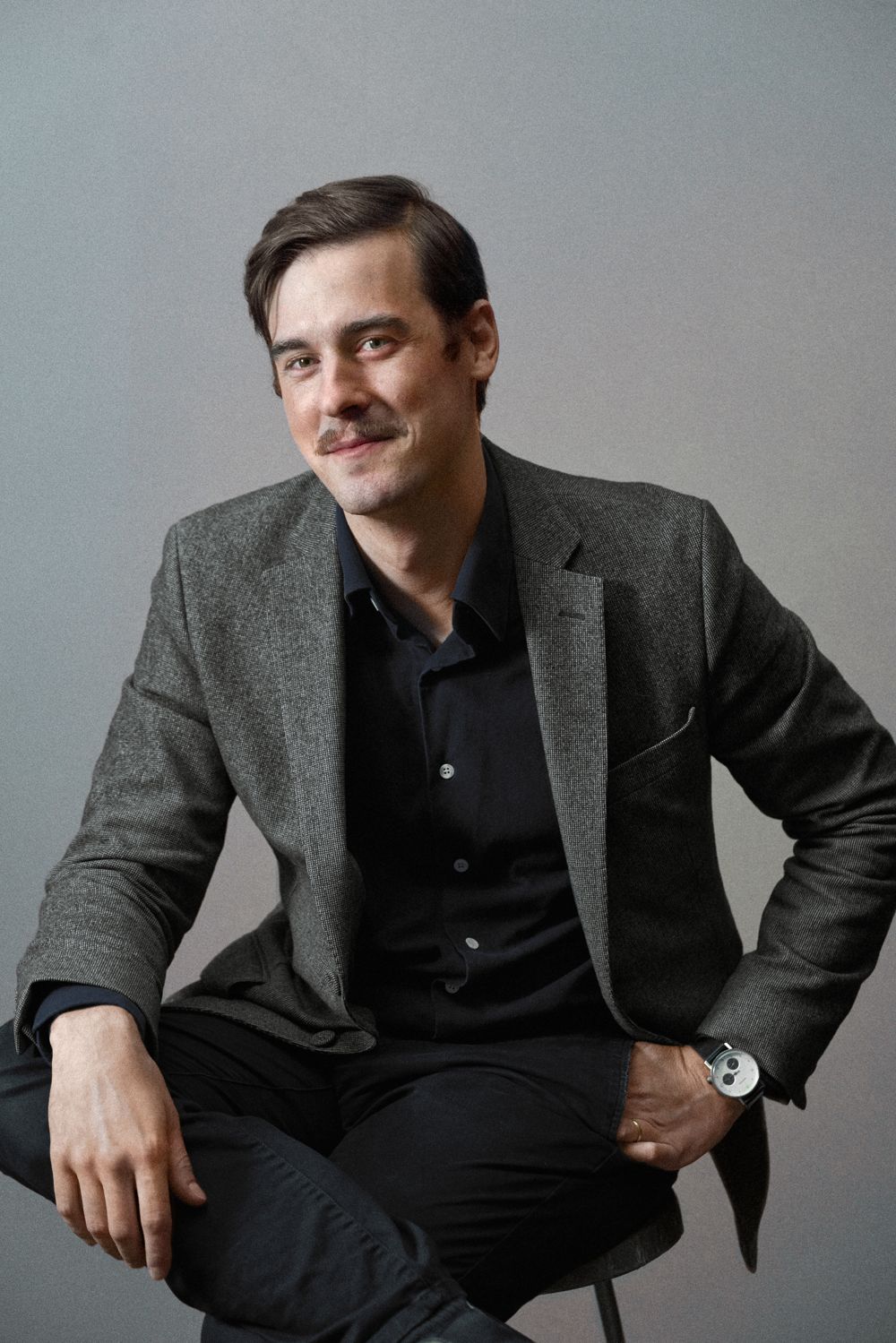 Bollinger says one thing he loved about SpongeBob SquarePants was that the world was such an iconic underwater unit where all the elements really fit in. “I wanted to come up with a fun locale, but everything had already been done!” he notes. “Then, I realized that in the back of my mind that it would be fun to set the show in a world of pet cages and terrariums. I went to the School of Visual Arts in New York, and my wife and I lived in South Philadelphia for a while. So, we set the show in a world that is condensed mishmash of all these different pet homes, just like a modern city.”

Initially, Bollinger and his team of writers tried adapting some of the Pencilmation episodes to this new Gil and Wolly world. “Pencilmation has no dialogue, so we took an episode where Pencilmate sets out to buy a car and gets swindled into buying a crappy car, and figured out how we could reshape the situation for our characters, with dialogue. As we progressed, we moved away from the old episodes and came up with new situations. We have an episode, for example, where Gil tries to sneak his brother in a bowl through airport security and ends up leaving him behind at home, which was inspired by Home Alone.” 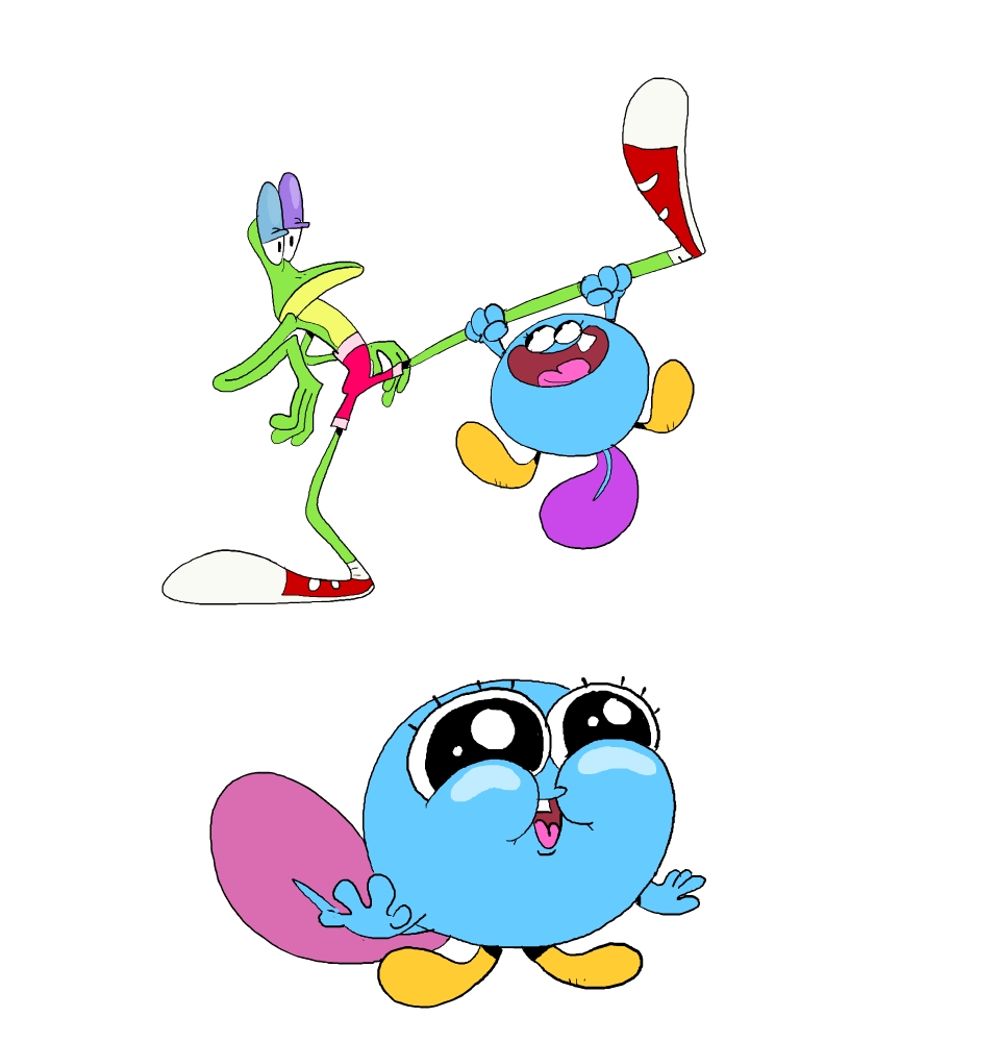 Introducing the Duo to the World

To get the ball rolling, Bollinger is producing 10 x 10-minute episodes of the show. “It’s all self-financed,” he says. “I’m going out on a limb and paying for it, because I want to do it the way I want to do it. It’s not cheap, but I believe that you get a good show when the creator’s vision is not compromised. They were empowered to make the kind of show they originally wanted to make.”

The first season of Gil Next Door may debut on YouTube, but Bollinger says he is open to other possibilities as well. He explains, “Our aim is not to make a profit on the first batch of episodes, but to simply get the show in front of people and introduce them to these characters in hopes that they’ll fall in love with them and want to see more. We’re looking at releasing the first episode probably towards the end of summer.” 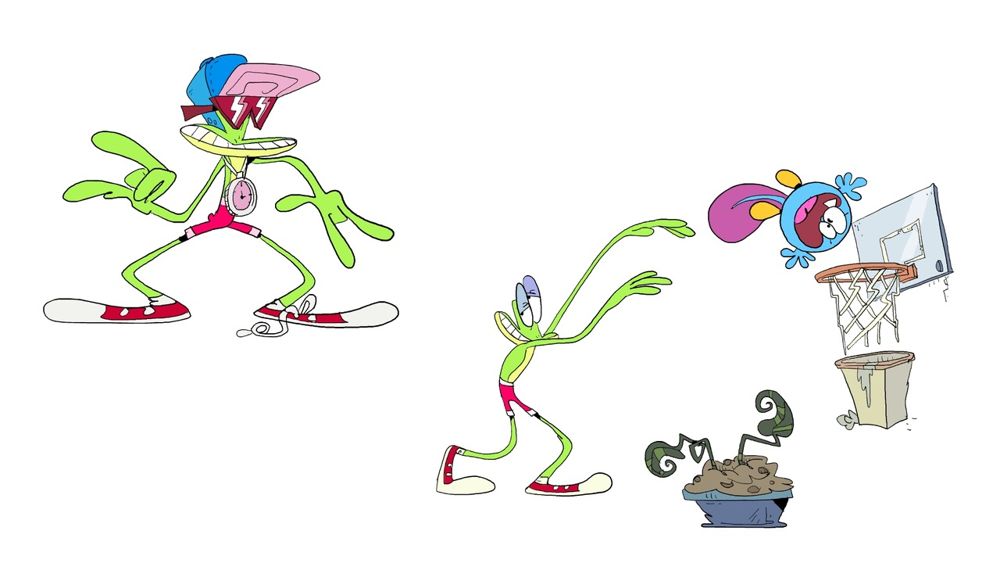 To voice the main characters on Gil Next Door, Bollinger wanted to explore a different kind of path than your usual TV toons. “We scouted quite extensively for our voice actors,” he says. “I wanted to move away from the annoying cartoon guy voice which is ubiquitous. We auditioned lots of people, and one of the actors who really stood out was Cedric Williams (ThunderCats Roar), who has a great Will Smith Fresh Prince kind of a vibe. He was perfect for the character.”

Helping Bollinger with his project is Ireland’s Studio Meala and animation director Sean Cunningham. “I knew that my artistic desires had outpaced my business skills, so I realized that we needed outside help beyond my team at Pencilmation,” he notes. “I have been a fan of Sean’s work for a long time. We take care of the scripts, storyboards, music, color palettes and concept art, and Studio Meala does the heavy lifting on the animation side. They are great to work with and our process is very interactive. They work with TVPaint which gives the show a traditional animation look. We were going for a paper and ink, tactile style and even emphasized this grainy look in the design. It feels like a playground for the team who are working on the show.” 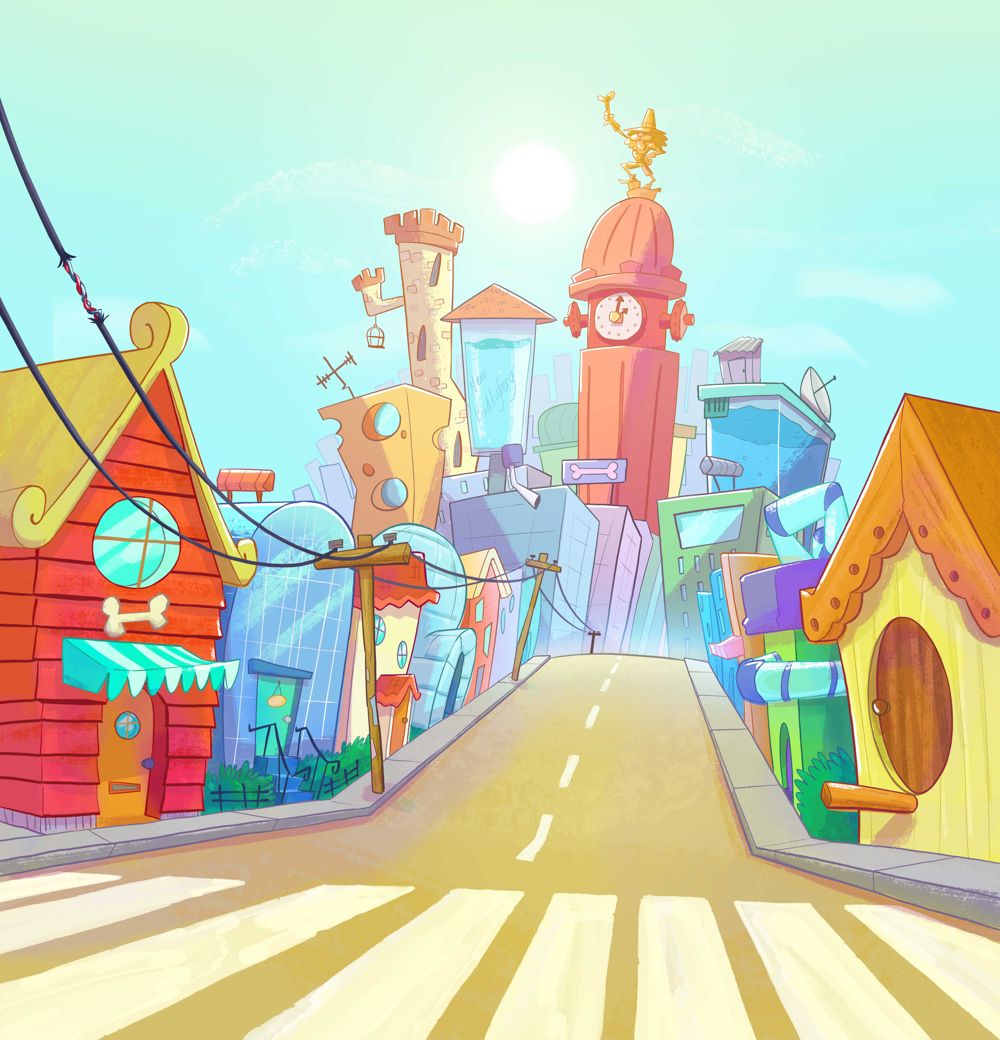 Bollinger says he has learned a few lessons from his original journey with Pencilmation. “One thing I learned is that I  spent too much time worrying whether the show was going to work and how much of a success it was going to be,” he admits. “If I could do everything again, I would just relax a little and let everything run its course. You can’t press a button and have a hit song: You can just write the best song you possibly can. The rest is beyond your control. I would also have learned more about managing people. My strategy used to be that as the channel grew in size, I just added more people to the team, so the staff kept growing.”

On the subject of his favorite animated shows, Bollinger says he loved all the classic stuff — Looney Tunes, Chuck Jones, Tex Avery and Golden Age Disney movies. “They are still running circles around us,” he says. “We have all these technologies and those old movies are still the best animation. Miyazaki is the closest thing to Disney we have in modern times. I also love movies in general: A lot of the classic Hollywood movies: Billy Wilder, Ernst Lubitsch, and maybe more obscurely, I love Bruno Bozzetto’s Allegro Non Troppo and Yuri Norstein’s Hedgehog in the Fog.” 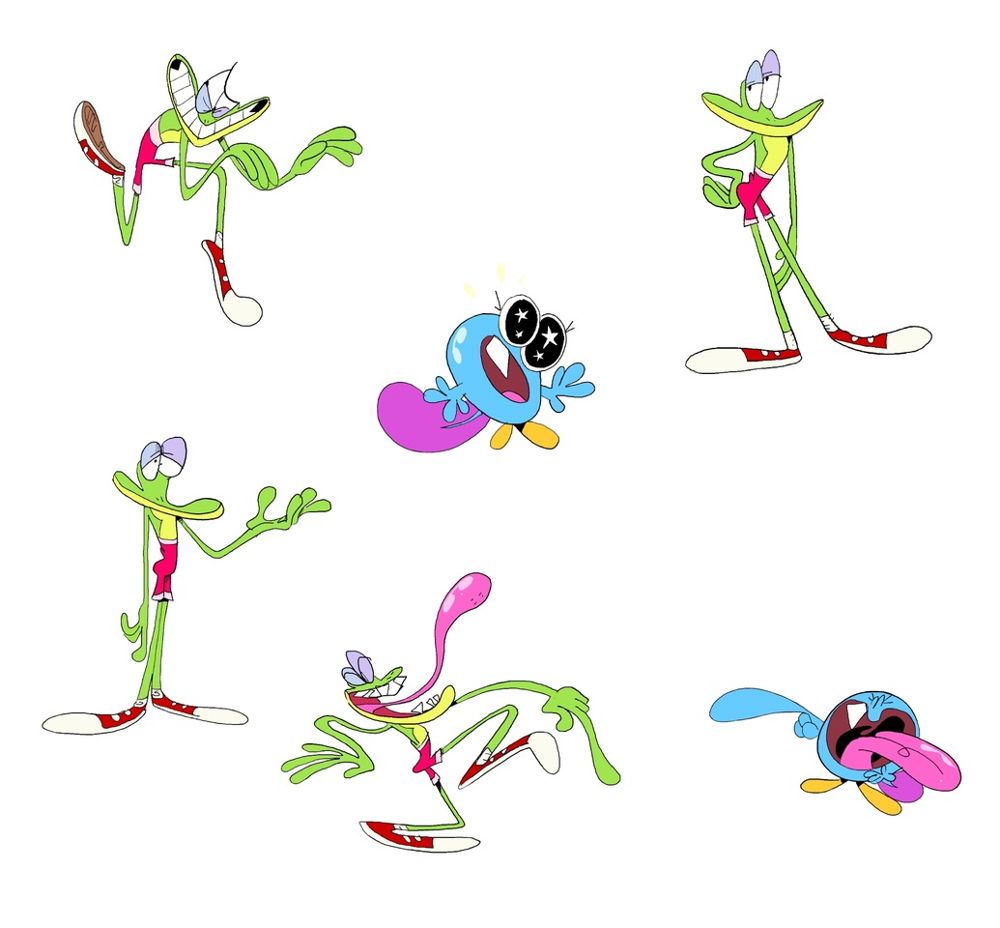 Finally, we ask Bollinger what he thinks about the massive amount of animation being produced by old-school network and cable outfits as well as the more recent successful streaming entities. “I believe that good stuff always rises to the top,” he says. “We may be buried by the deluge of content, but given enough time, people will remember and keep coming back to what is great.”

Check out Ross Bollinger’s work on the Pencilmation YouTube channel. 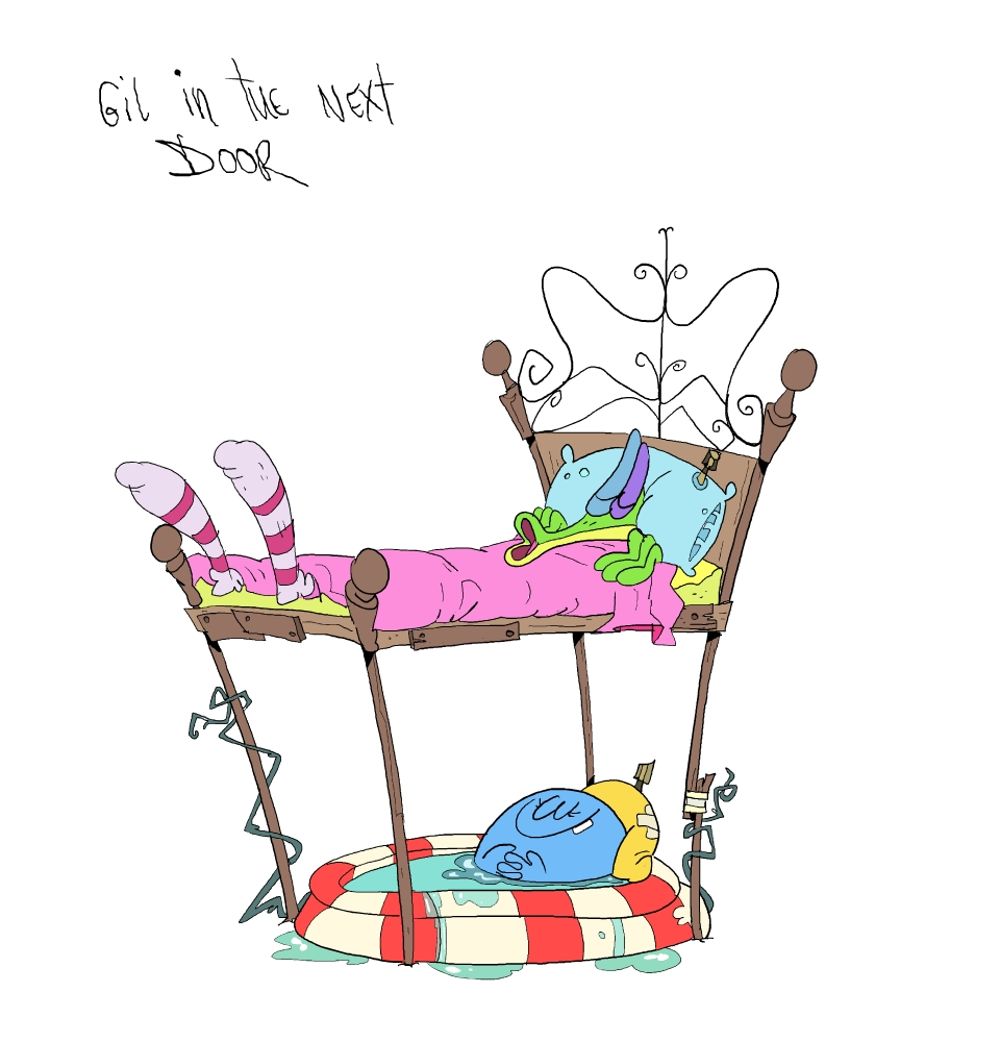