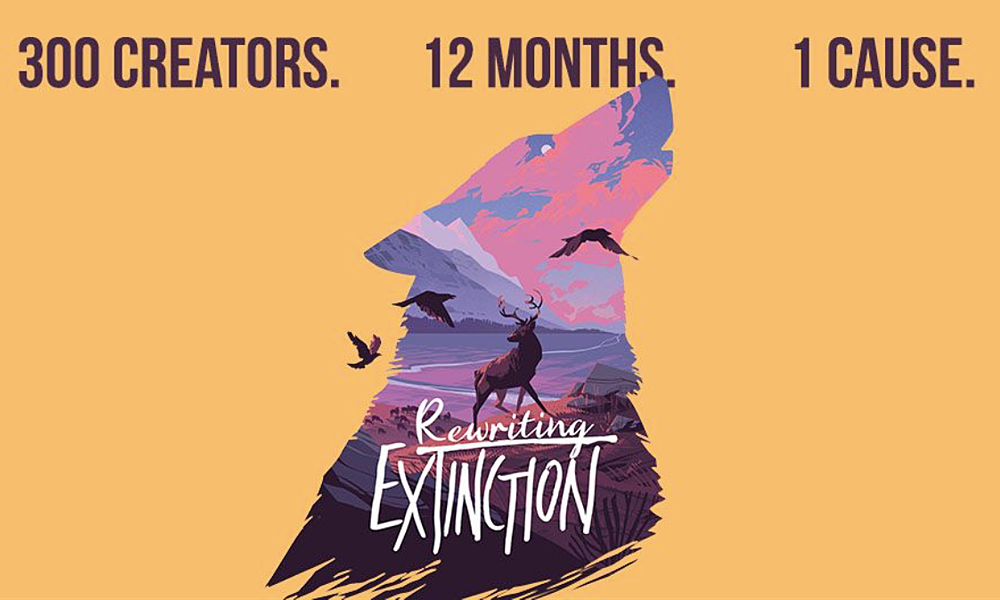 Can you tell us a little bit about your project?

Paul Goodenough: Three hundred of us from across the planet have got together to write comics to raise the money and awareness we need to restore some of the most crucial ecosystems on the planet, and therefore stop the next mass extinction. It’s (ahem) quite ambitious… 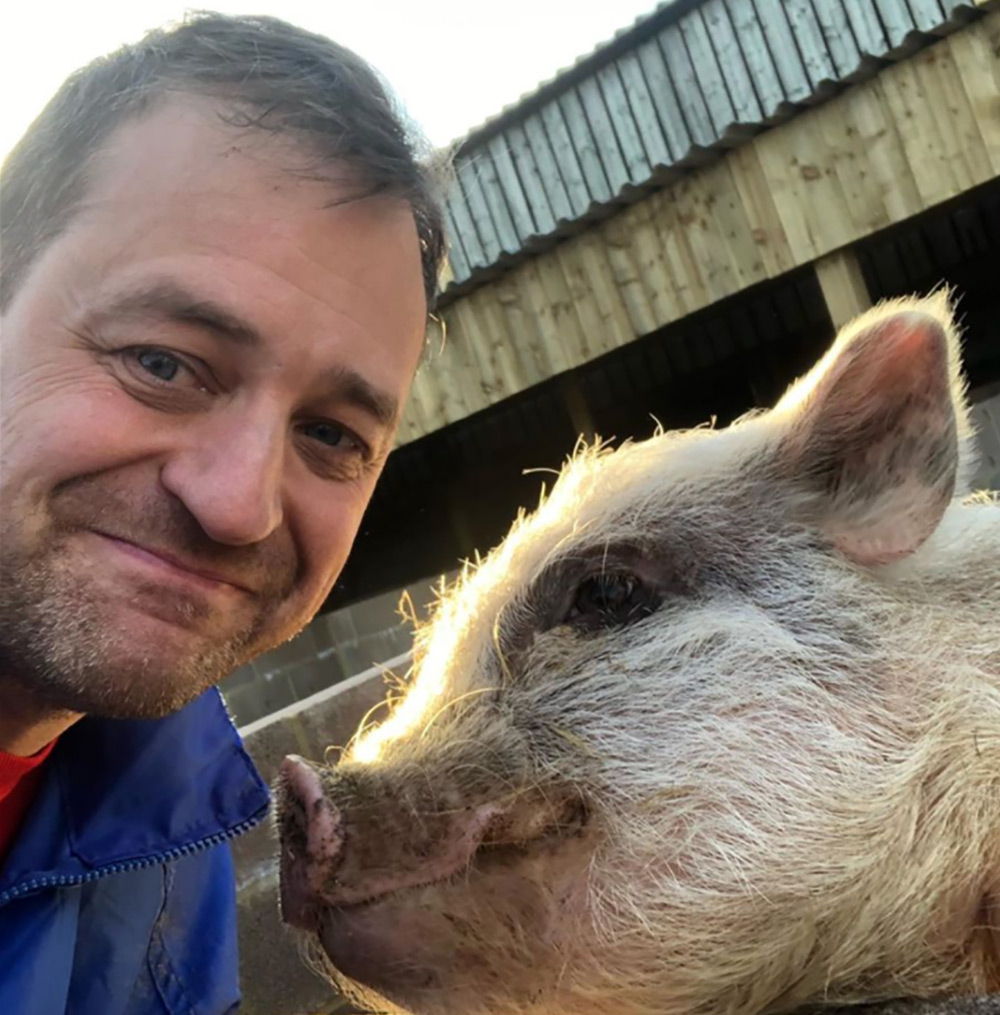 When did you start thinking about this idea and what prompted you to act?

I’ve been considering it for a few years now. So, I’d love to say I’m some diehard environmentalist or outdoorsy-type person, but I’m really not! I’m just a guy who saw that 200 species are going extinct every day, and as far as I could see, no one had a global plan for what to do about it — so I went about trying to unite the people who could make one!

So yeah, I went and did my research, talked to experts, talked to charities, worked with scientists… and found some of the biggest game-changing projects out there that would transform the ecosystems of the planet forever. So that includes rewilding, species reintroduction, land protection, law changes — all sorts!

And once I knew what had to happen, I then just had to work out a new way of engaging people and showing the average person how they can help. So, I turned to my first passion: comics! So that’s it, we’re creating comics about environmental matters — but they’re not ‘worthy’ or ‘educational’ — they’re stupid, hilarious, heartwarming and heartbreaking. They’re everything a good story should be, but they also have, at their heart, a message. 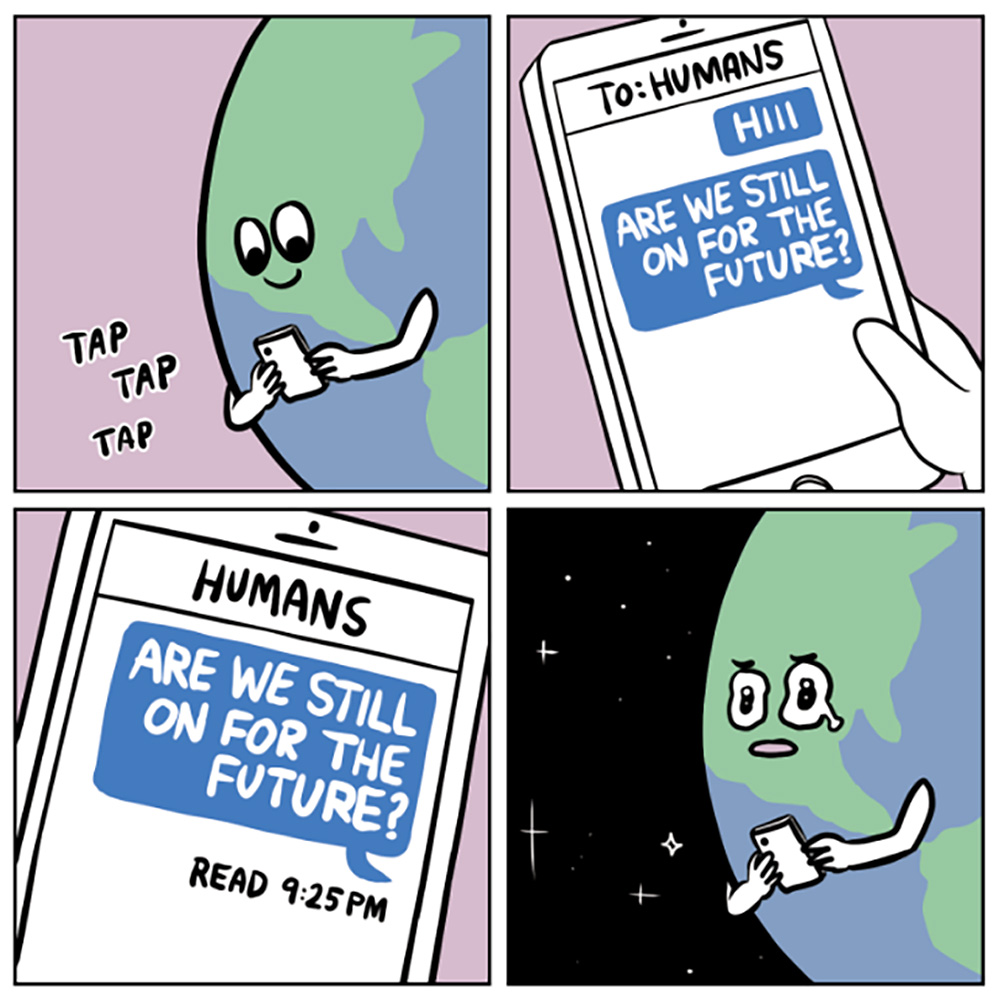 Who are some of the big names you have attracted to this venture so far?

Yeah, there’s ‘a few’! Ricky Gervais, Cara Delevingne, Taika Waititi, Jane Goodall, Dame Judi Dench, Brooklyn Beckham, Sir Patrick Stewart… there’s just scores of amazing people who have given so much of themselves to this.

But it really isn’t just a celeb fronted thing — we want everyone to tell us their stories, to tell us exactly how they are ‘Rewriting Extinction.’ Maybe they’re giving up plastics. Maybe they’re letting some of their garden go wild, maybe they’re planting trees, whatever! We’ll be launching a global call for storytellers to send us their stories soon — and that it doesn’t matter how much or how little people think they’ve done for the planet, we want stories about it! And we want them from every corner of the globe to show that everyone has a part to play, not just the celebs and those with ‘influence.’

But I also can’t let this pass without mentioning the incredible array of writers, artists, experts, charities who have been at the heart of this too. I dearly want to mention some of the big names like Alan Moore, Brian Azzarrello and Jeff Lemire etc, but again, just to repeat, everyone has given so much that when you start to name some, you feel you’re doing a disservice to the others. 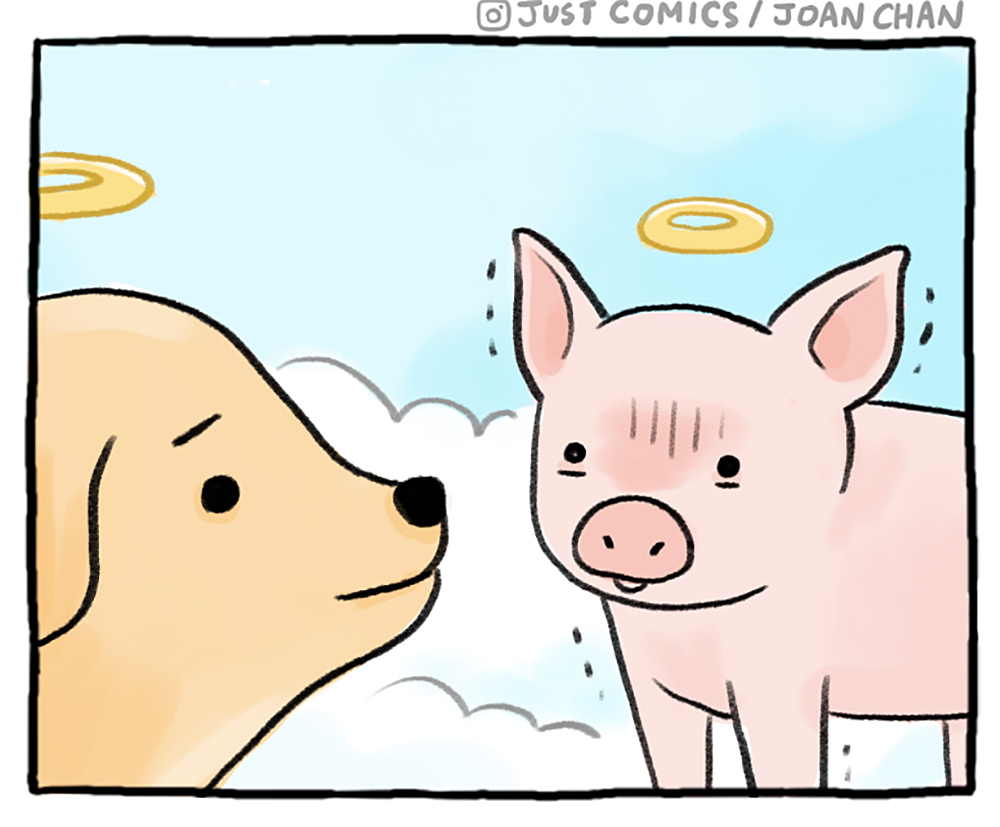 What would you like to see happen as the result of this massive enterprise?

To see the seven projects fully funded. If we can fund them, the whole world will be a much better and [more] stable place. The lives of animals will be mitigated, species will be saved, weather patterns can be calmed — if we restore the ecosystems, nature will do the rest — and we’ll all benefit.

If the projects get funded, it will also prove to the charities we’re partnering with (and others) that if they work together far more can be achieved than by working alone. And what a wonderful thing that would be: a global consortium of some of the biggest charities all working together. That would be my life’s greatest achievement.

What has been your biggest challenge on this journey?

Honestly? People. People are hard work! The amount of chasing, hassling, poking and admin just getting people to do what they’ve promised is hard when you’re paying them… but when they’re doing it for free (and often turning down paid work to do it) it is something else… Yeah, I don’t fancy doing this again. 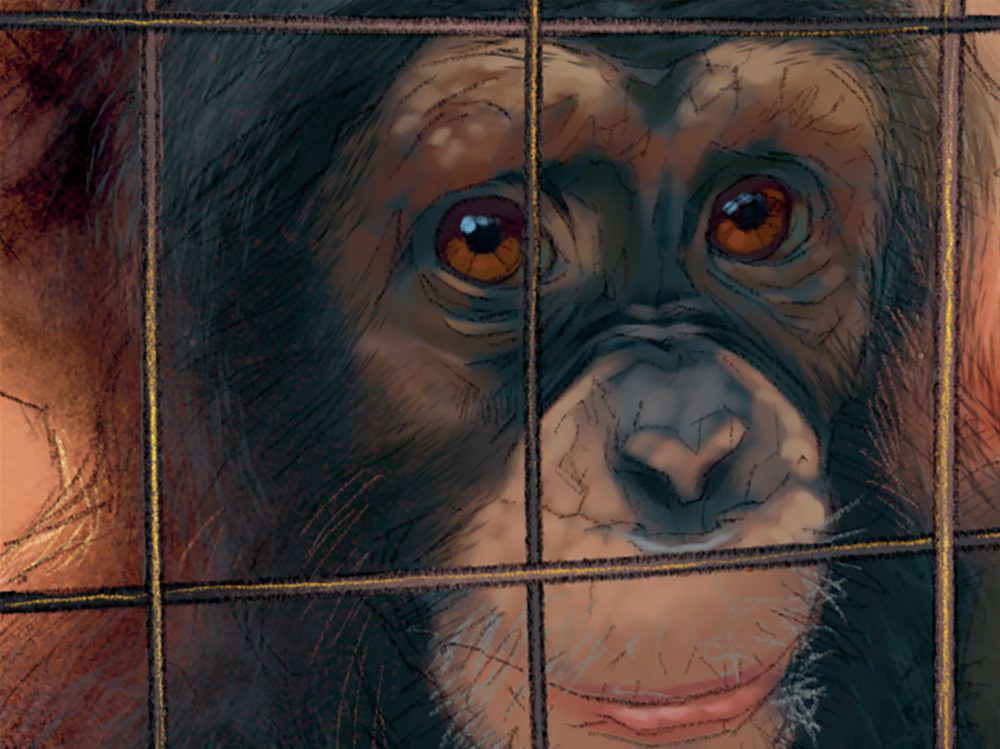 There was one moment, when Dan [Bradbury, writer & director of communications and development] from World Land Trust told me that they and Greenpeace are having regular catch ups now as a direct result of our project, and they’re finding new ways of working together. And when Re:wild and Reserva have been helping each other out on their projects — I won’t lie, I went into my bedroom and just sat there and cried. That’s what I’ve wanted for so, so long — to create a lasting partnership to rebuild the planet. (Soppy I know, but I’ll remember that moment until I die).

How do you think people who work in the animation business can help to save life on our planet?

Tell stories. At the moment, in my opinion, masses of people are turned off by environmental documentaries and very ‘worthy’ literature. Make people laugh… and cry… or think… whatever, just give them something entertaining as their way in. Specifically though, we’re actively looking to make an animated series from our comics, so if you’re a seasoned producer with access and you like what we’re doing, get in touch!

What was the best advice you got as you set out to realize this ambitious and very admirable enterprise?

To learn more about this venture and see the full list of participants, visit www.rewritingextinction.com. 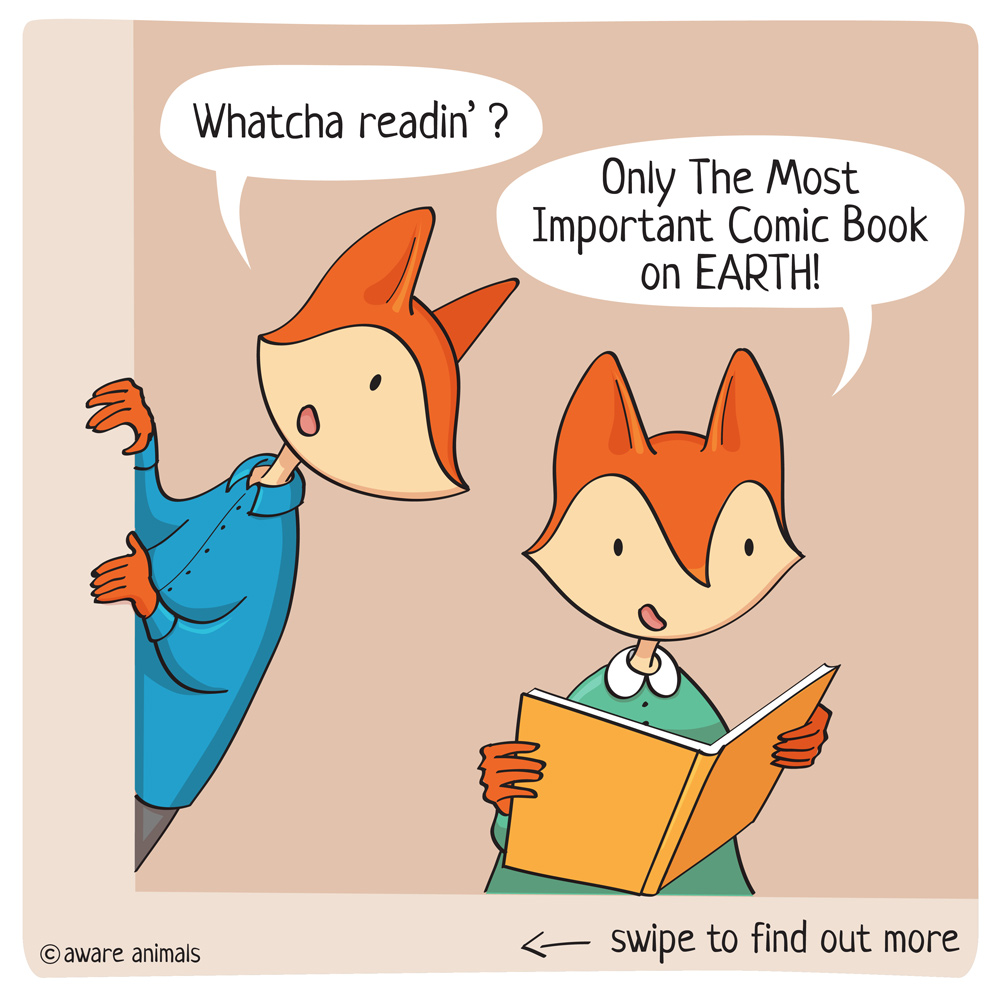