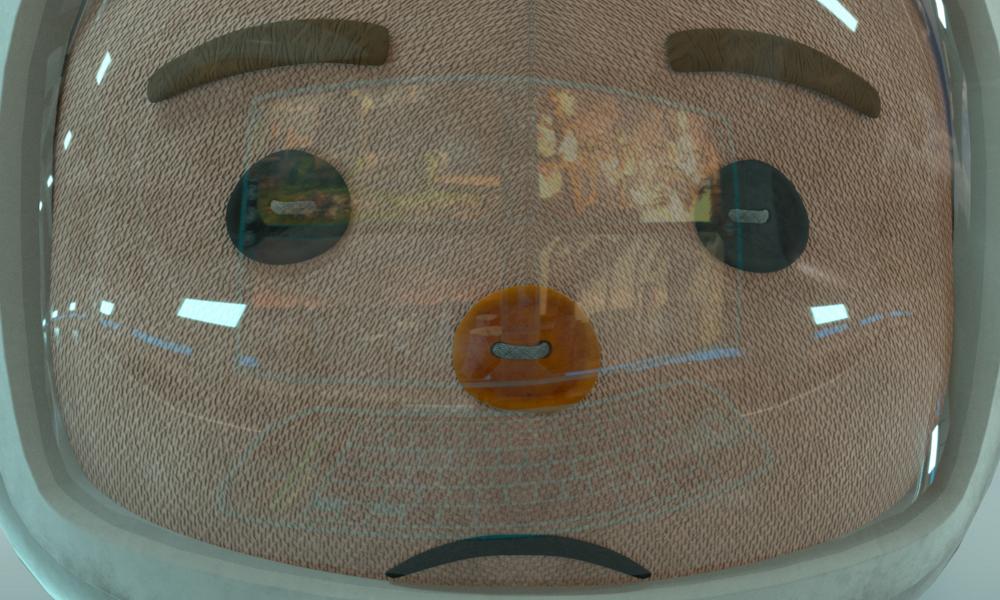 Sometimes, before you can solve a problem, you need to step back and get a fresh perspective on it. A view from space of our planet’s climate crisis is one of the powerful motifs of Astronaut Spaceman — an animated call to action from Patrick Tiberius Gehlen, set to the poignant song by Jared Kotler & George Vitray. The piece, which digitally recreates a richly textured stop-motion look, centers on a group of scientists struggling to create life on their space station, and a little girl on Earth who helps them plant a new seed of hope.

Gehlen is a short filmmaker and Emmy-winning VFX artist who has worked on Game of Thrones, The Mandalorian and several Marvel movies. He was kind enough to share more of his thoughts and inspirations behind Astronaut Spaceman with Animation Magazine. Watch the just-launched short and check out his Q&A below.

Animation Magazine: What prompted you to work on this project?

Patrick Gehlan: My friend, Jared Kotler, whom I’ve known since college, sent me the song, saying how he thought it would make a great animated music video. So I listened to it many, many times, and my interpretation of it grew into a story of a small band of brave scientists and a determined little girl fighting to restore a spark of life to a dying Earth.

How long did it take to make and how many people worked on the short?

I can’t speak to how long it took for the song to be completed, but I probably worked on it part time for a month last year, before shelving it for a bit while I finished my first short film. Then, when I finished my film, Requiem for a Crab, I let Jared know that I felt it was now or never to bring Astronaut Spaceman to life. COVID had slowed the industry enough that my work, The Third Floor, was willing to let me take a hiatus to get it done.

So, I started in earnest at the beginning of June and finished it at the end of August — so just shy of three months. I had an asset team of five, one layout artist and my friend, Danny Clark, who animated the run and walk cycle for all the main characters. And myself, of course … I did all the rest. 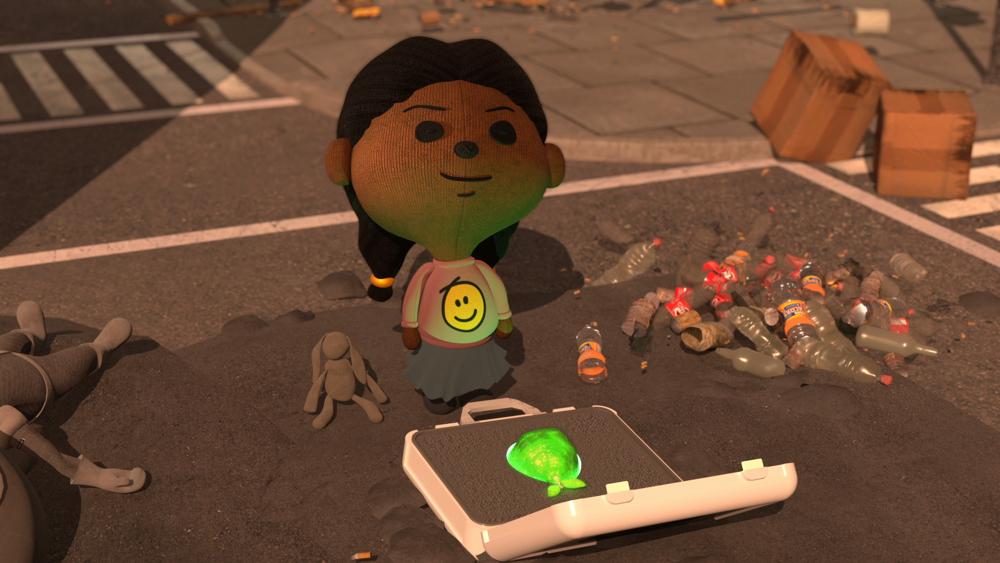 What was your biggest challenge in making Astronaut Spaceman?

The biggest challenge was coming up with a cool and memorable look that could be accomplished on a VERY tight timeframe, and on an equally tight budget. I wanted to go for a faux, stop-motion kind of feel with fun, cute characters that would read as sawdust, stuffed dolls, without the need for complex cloth sims.

I also knew I didn’t have the time or money to model a sprawling cityscape, so that’s where KitBash3D came in. Randomly, one of the heads of KitBash3D, Banks Boutte, is the brother of a good friend of mine. He graciously gave me all the city model kits I needed.

So, after I had the model kits and the model of our little girl character (Maddy), I did my firsts tests with Arnold and I felt that I could indeed create something cool from the comfort of my home office. 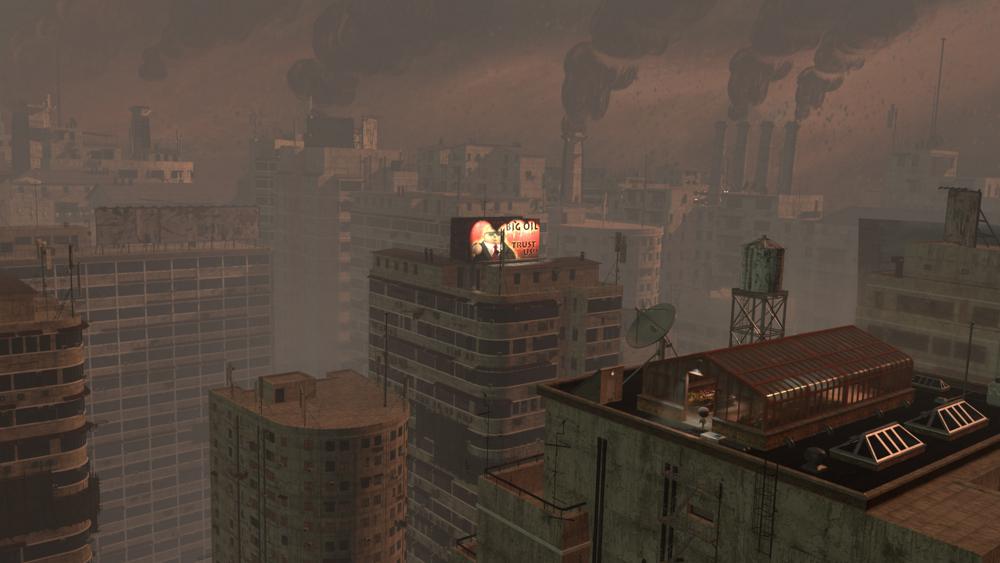 Where was the animation produced and which animation tools did you use to produce it?

The animation was humbly produced out of my home for the most part (I live in Los Angeles). As far as tools used, I used Maya, Arnold, Adobe After Effects and Adobe Premiere. And, as I mentioned, Kitbash3D came to my rescue as well.

What was the ballpark budget?

This is a loaded question! Jared and his business partner, Natalie Rounick, came up with enough cash for me to keep a roof over my head while I took a hiatus from work and called in some favors from friends to work for far less than they are worth. But, Jared and I both strongly felt that now was the time to try to tell this story, so we just found a way to make it happen.

If I was bidding this out as a real job, and factored in appropriate pay levels not based on activism, I would say the budget would have landed, ballpark, around $140k. 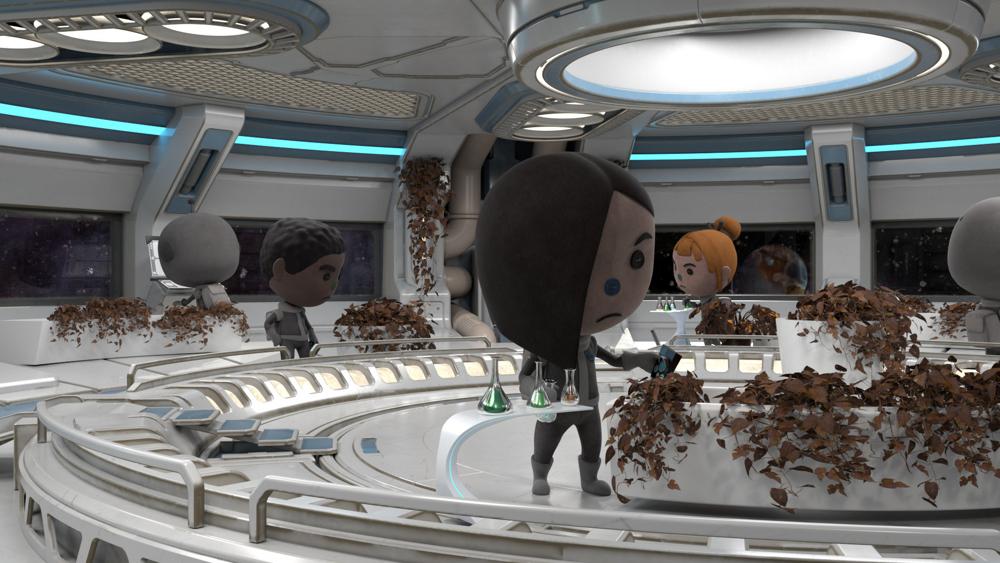 What was toughest about producing a “passion project” in these times?

I would say the ticking clock of how much time I had free to finish the project was the biggest challenge. I knew I would be starting in on a new film/TV project with The Third Floor sometime in August, and that if the two projects overlapped, my production speed would slow to a crawl. And I knew, for certain, that we wanted to put Astronaut Spaceman out into the world in time to reach people before Nov. 3rd. Luckily, the show I was starting on got delayed, and I was able to finish this video just in the nick of time!

My wife and I have five nieces between us, and I want them to have a healthy world to grow up in. The rate at which the climate crisis has accelerated is truly frightening, so I wanted to do whatever was in my power to try to help spread a message about the importance of dealing with this threat before all hope is lost.

And while it is scary, I think it’s critical to not give in to despair. We have to keep fighting, so my hope would be that people that watch this might be reminded that we all need to do what we can. And the most immediate, important thing we can do is to VOTE for leaders that believe in science and moving us towards a sustainable future. 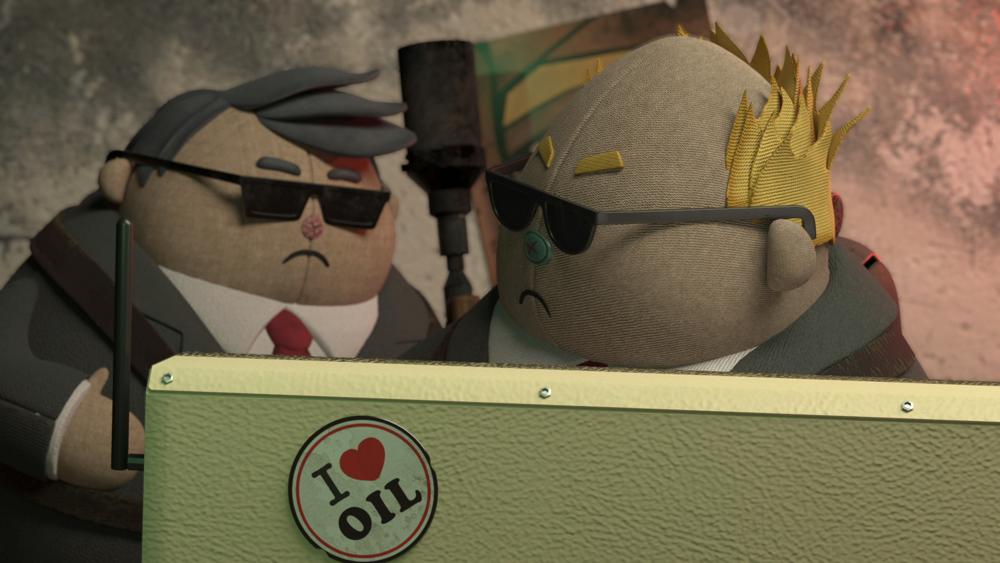 What lessons did you learn from creating your short?

I have actually created several animated shorts. When I was working on Game of Thrones, I spent my nights and weekends (it’s hard for me to shut off) on a bizarre little web series called Fatty Littlehead – Space Ranger, about a morbidly obese Space Ranger and his enabling pal, Doc Fausto … essentially Cheech & Chong in space.

Fatty was fun (and can be found on YouTube), but I think I found that as fun as drug and fart humor can be, there was something really rewarding about merging the artforms of animation and music to try to help bring attention to something that really affects all of us.

What do you love best about working in the short-form space?

Animated shorts were my first true love when I first started working in 3D. I loved (and still love) being able to come up with an idea and take it through it’s full life cycle in a relatively short period of time.

My brain lives in a world of odd, surreal vignettes, so short-form storytelling really is my comfort zone and happy place. 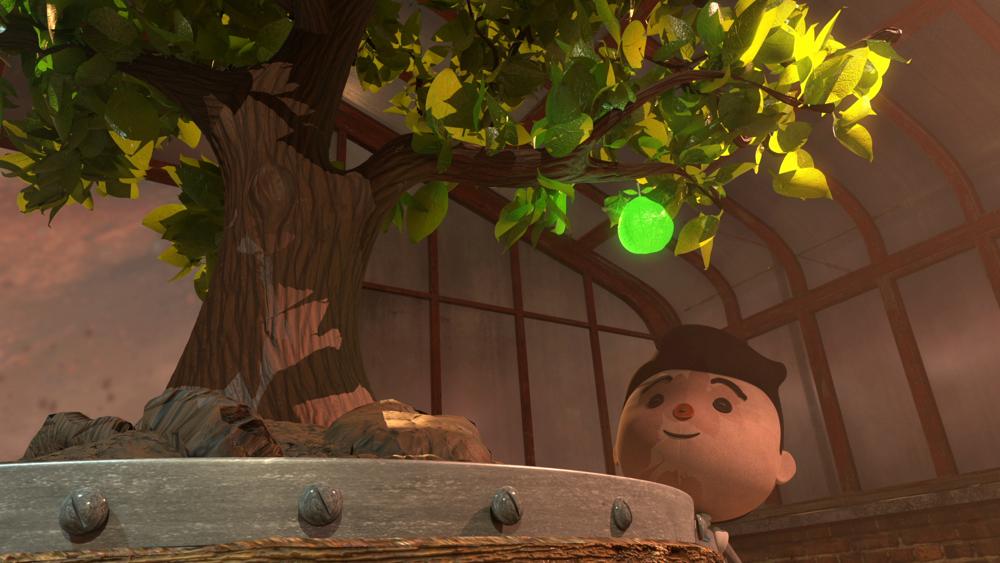 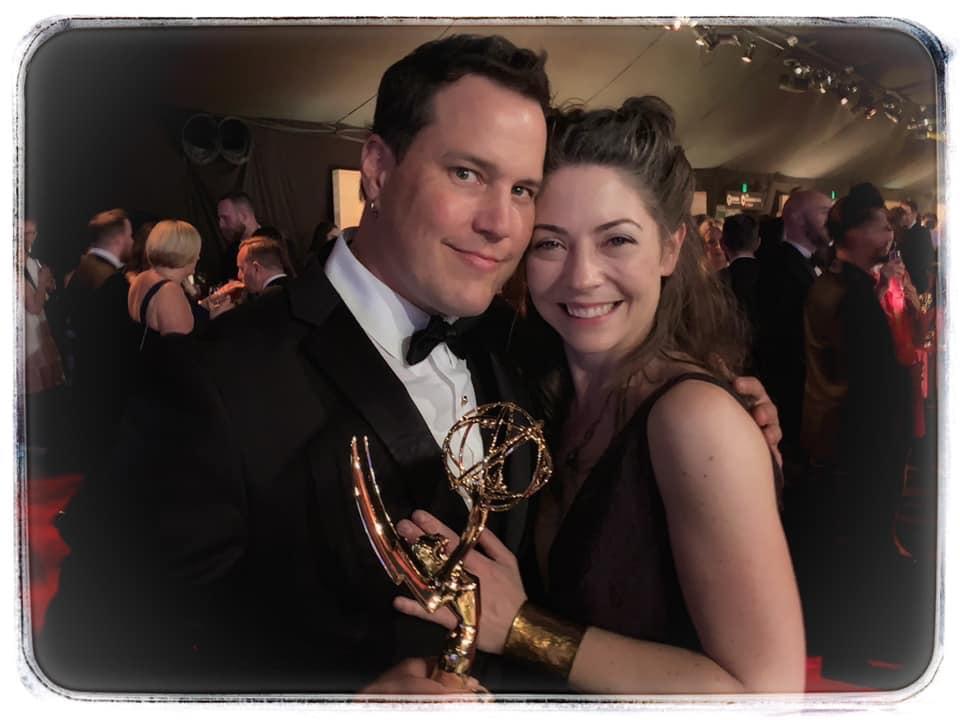