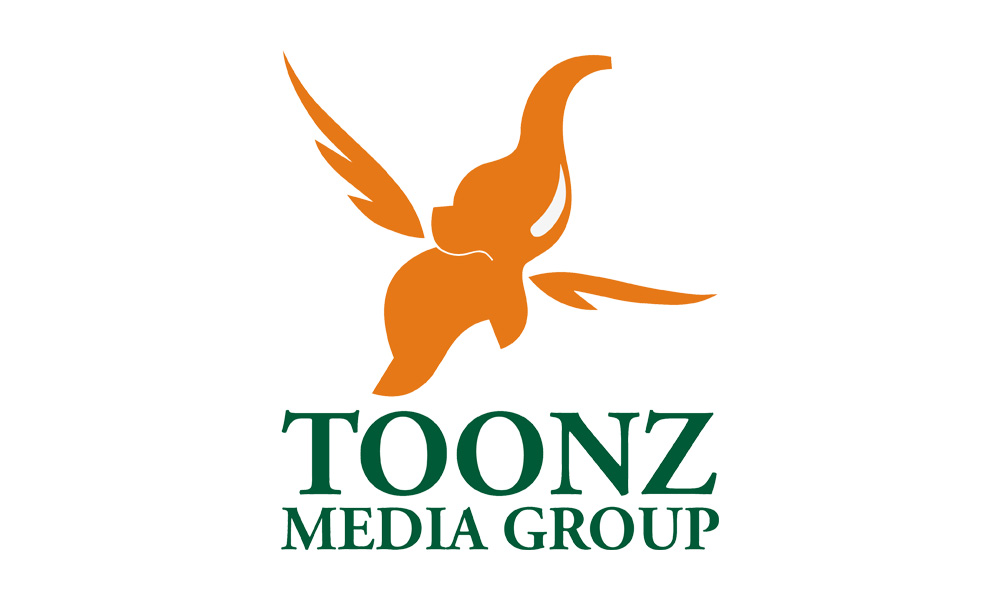 As one of Asia’s most active animation production studios (churning out over 10,000 minutes of content every year), Toonz Media Group is a fixture of the global toon biz. Having worked with leading international partners including Marvel, Nickelodeon, Turner (WarnerMedia), Disney, Netflix, DreamWorks and more from its facilities around the world, the 360-degree media powerhouse is ready to serve up a fresh batch of promising titles to global buyers at the MIPCOM this week. We caught up with Toonz Media Group’s CEO P. Jayakumar to learn more about what the busy studio has been up to:

Animag: Can you tell us a little bit about the Toonz Media Group slate at MIPCOM this year?

Jayakumar: Toonz Media Group is going to MIPCOM this time with four amazing new series for which we just finished the development. Some have been already shopped by networks. First up we have Paddypaws, a co-production with Keith Chapman Productions, which is about a young girl and her mischievous kittens. It’s a preschool show with a lot of adventure play and comedy. Then we have Sunnyside Billy, a heartwarming, slapstick comedy for the bridge audience. Aliens in My Backpack, as the name suggests, is a racy aliens adventure. And then we have Kingdom of None, co-produced with Ferly studio, which is about discovering the playfulness in everyday situations and finding endless new uses for ordinary objects. 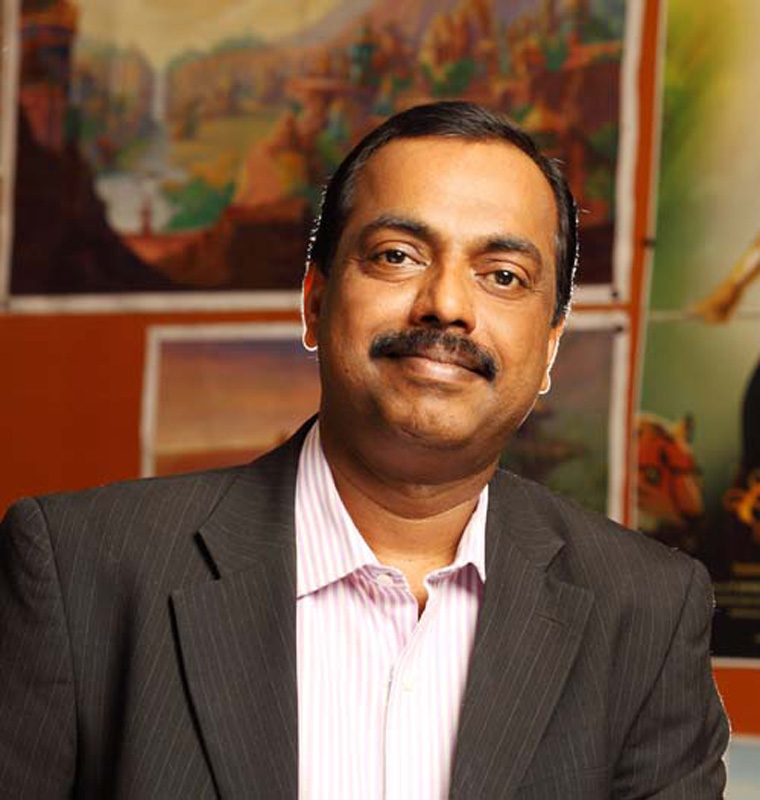 What sets these shows apart from other content at the market?

All these are international shows with universal appeal, focusing on values of diversity, inclusion and emotional intelligence. These are shows that any child from any part of the world can relate to. The characters are multicultural characters, and storylines are inclusive. Also, a recurring theme in all these series are conservation and environmental awareness.

Paddypaws is about discovering the spirit of adventure, embracing diversity, love for nature and friendship. It follows the daily life of a little girl Daisy and her kittens, led by the mischievous Paddypaws. They all live together among friends, family and lots of pets on the picturesque Saint Kitty island, which is distinct with its abundant natural beauty and a close-knit community.

Sunnyside Billy is conceptualized by the legendary Olivier Jean-Marie and directed by Jan Van Rijsselberge as their first joint slapstick dialogue comedy. This show has just been shopped by TVE – Clan TV and Litton Entertainment (Hearst Entertainment). The series follows the adventures of an oddly optimistic fried egg, Sunnyside Billy, and his two best friends Shelley and Ben, who are all about friendship, fun, innocence and helping others. On the other hand is Mr. Tooth and his fishing flies, who represent selfishness and mayhem. They all live on the amazing Dead End Bay, which is a village protected by a giant mythical fish.

Aliens In My Backpack is about a young boy who wakes up one fine morning to find out that his backpack has been hijacked by aliens. It is a Men in Black meets Pokémon kind of adventure.

Kingdom of None is about five friends who set off on daily adventures. Their favourite pastime is role-playing as five knights on a mission in their elaborate pretend play, where a family mansion turns into a kingdom.

All these shows, essentially, encourage children to accept and celebrate who they are while nurturing an empathetic attitude towards their fellow beings, fellow creatures and the environment. 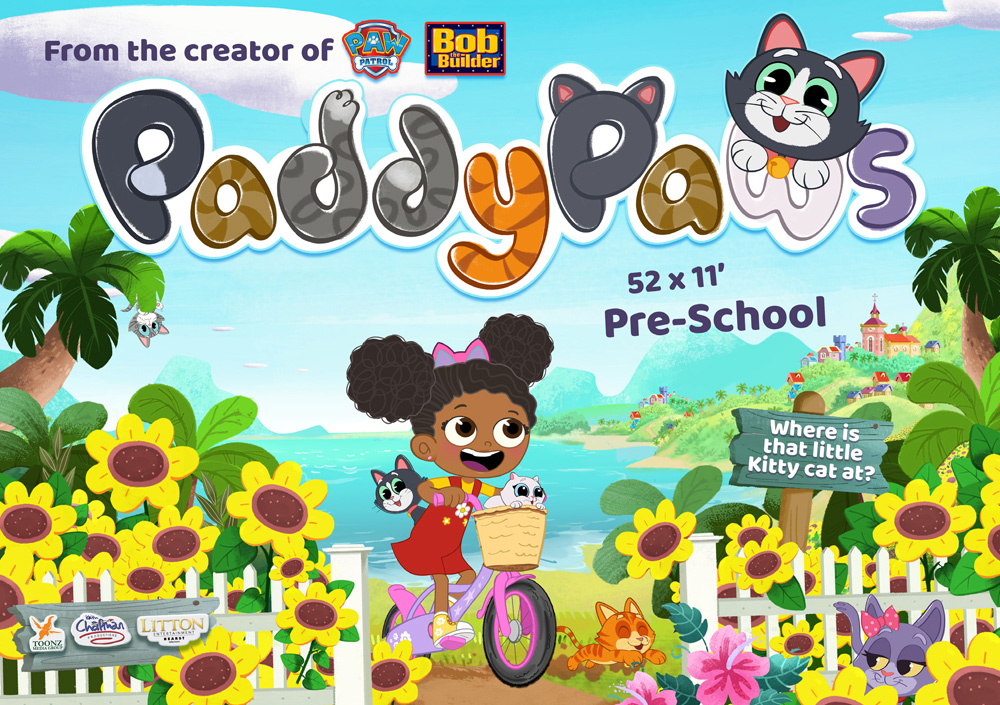 Who are your co-production partners on these shows?

Paddypaws is being developed and co-produced with Keith Chapman — creator of international smash hits like PAW Patrol and Bob the Builder. The creative heads behind Sunnyside Billy are the late animation legend Olivier Jean-Marie and Jan Van Rijsselberge — creator of Robotboy and Dude, That’s My Ghost. Meanwhile, the CGI series Aliens in My Backpack comes from Rob Lee and James Driscoll, creators of BAFTA nominated World Award winning titles like Fireman Sam. The series has Chris Anderson as showrunner. Kingdom of None is being co-produced with the Finnish studio Ferly and is directed by Joonas Rissanen, whose credits include Angry Birds Epic and Piggy Tales.

How has Toonz dealt with all the challenges of the pandemic year?

The pandemic has essentially compelled all of us to think global in every aspect. Business-wise there is now a lot more focus on technology integration, process efficiencies and reduction of lead times. For companies like us in the entertainment industry, the need for remote collaborations for creative ideation has also never been so high.

At Toonz, our studios worldwide had to be shut for a while following government and health protocols. We took up a massive asset transfer operation in response to the lockdown, to shift the machines of our artists from the studios to their homes. We also had in place a well formulated Business Continuity Plan, so that we were prepared to meet any further unforeseen disruption. So far, we haven’t had any major challenges with respect to managing projects and meeting deadlines.

We are trying to open up and get back to normal, depending on the changing scenario of the pandemic locally. We have requested our staff and artists in Toonz studios around the world to prioritize vaccination as per availability. In India, we got all our employees and their dependents vaccinated through vaccination drives organized in our office. However, we are still monitoring the situation and following protocols. It would still take some time to operate the office in full fledge.

How many people are currently working at Toonz?

In India, we have around 40% of our staff, including the senior management team, coming to the office. The rest of our staff and artists are still working remotely. In the case of our studios in Ireland and New Zealand, around 30% of staff are back in the office. 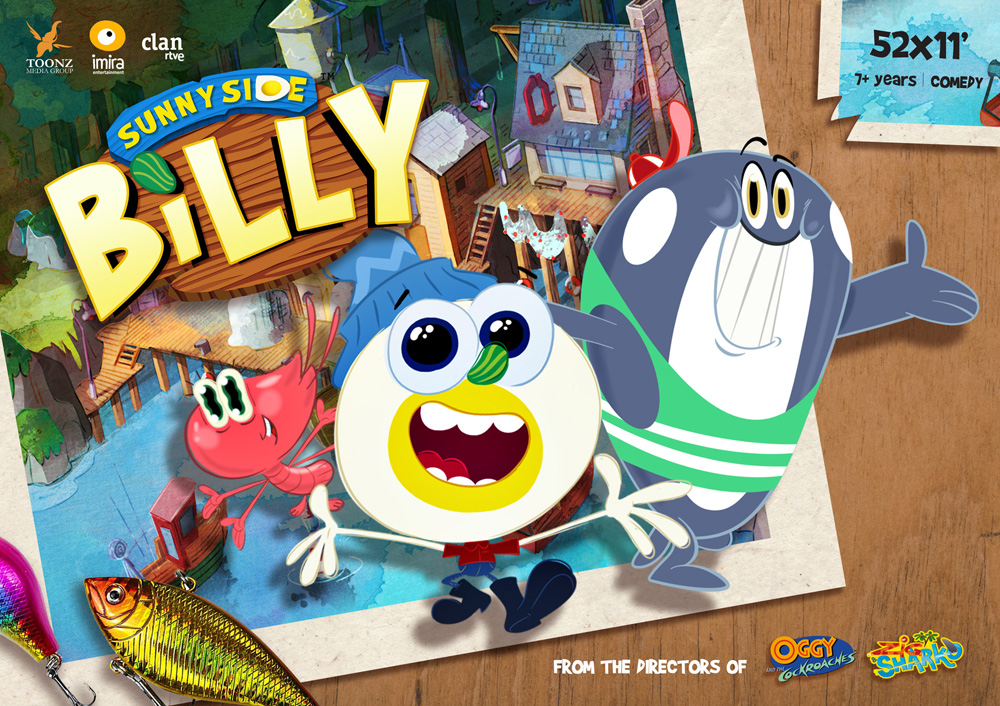 What do you think are some of the popular trends in animation worldwide?

Three key trends we are seeing in the post-pandemic scenario are a new family structure in comedies, moving away from the conventional notion of a family. The focus on environment and conservation as a recurring theme in kids’ shows is another trend. And of course, reboots and comic-book adaptations are back with a bang.

Apart from this, we are seeing a lot of emphasis currently on edutainment, particularly in the area of social and emotional learning. This is one area that kids completely missed out during lockdown with the schools remaining shut. There is also a lot of demand for interactive, immersive and gamified content that can propel kids to involve in some kind of activity. This kind of non-linear storytelling that infuses exploration, gaming or problem solving into the storyline is particularly suited for VOD platforms.

The pandemic has also created a lot of interest in content suitable for co-viewing — programming that the whole family can sit together and enjoy, sometimes leading to some form of joint activity. In general, however, the overall focus remains on creating value-oriented shows with a global appeal. Shows that have multi-cultural characters and universal values.

Toonz has created and improved a unique ecosystem from content creation, development production, funding and monetization. We have in place a system where talents can express their creativity and are encouraged to push boundaries. We have a robust slate of international shows being co-produced with the top creators and animation studios around the world, with impeccable track records and highest production values.

We have also innovated our pipeline over the years and today we have a fully virtual and real-time pipeline, as well as highly talented and experienced teams, right from development to post-production and delivery.

Our tried and tested financial model gives us a huge edge, wherein we have a safe and secure cash flow and funding ecosystem. We have also been able to assure on time delivery because of this. Toonz’s strategically-placed development and state-of-the-art production studios in India, Ireland, New Zealand, Turkey and Spain enable the group to have its pulse on the market and nurture local and regional creative talent. Being spread across the globe, our facilities are strategically placed to offer the most cost-effective and optimal co-production capabilities, taking full advantage of the tax credits and subsidies provided by authorities in different jurisdictions. Our marketing strategy involves a 360-degree monetization plan, starting from production to content distribution.

More important is our 22 year track record in the industry and legacy of more than 100 IPs that add to our strong credentials. Our 10,000 minutes annual production capacity means that the group can successfully activate projects with a global network of support and production facilities, catering to any production style required.

Learn more about Toonz Media Group and its productions at toonz.co.