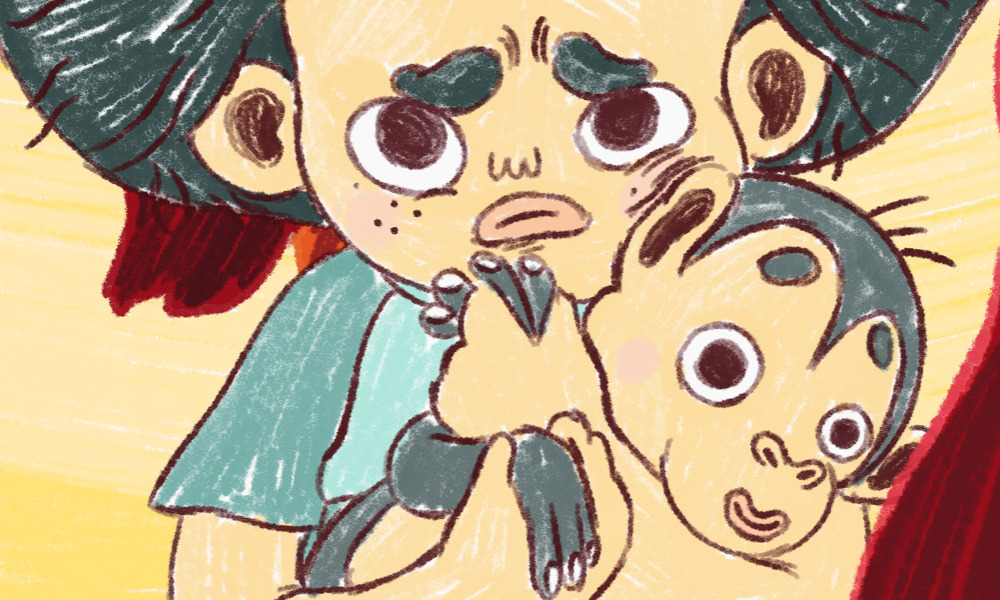 Only a Child (Eisprung Studio)

The animated short Only a Child is the result of a beautiful global collaboration between over 20 animation directors around the world as they employed a wide range of techniques to interpret the environmentally themed speech by the 12-year-old Severn Cullis-Suzuki at the U.N. 1992 Rio Earth Summit. The short has been selected by over 100 festivals worldwide, earning accolades from SPARK, SIGGRAPH and ITFS Stuttgart, and is one of 15 acclaimed titles on this year’s animated shorts Oscar shortlist.

We recently had a chance to talk to the film’s London-based director Simone Giampaolo (Obki, Hoodoo, Miffy’s Adventures) about this important project:

Only a Child (Michaela Müller)

Animation Magazine: First of all, congrats on all accolades your short has been receiving. Can you tell us how this project came to be?

Simone Giampaolo: Since my university years, I’ve always tried to inject positive moral messages into my films, in particular about nature and protecting the environment (one of my idols and favorite artists ever existed is in fact Frédéric Back, director of the powerful The Man Who Planted Trees). I stumbled onto Severn Cullis-Suzuki’s speech around three years ago (before the climate strike movement and Greta Thunberg became a global phenomenon) and I immediately felt the urge to adapt it into an animated film. I got in touch with Severn herself, who sounded very interested about this potential collaboration, and gave me the official permission and blessing to use her speech.

Following that, I contacted Amka Films, a production company based in the Italian side of Switzerland (where I’m originally from), and I pitched them the concept. Amka’s producers, Gabriella de Gara Bucciarelli and Tiziana Soundani (who unfortunately passed away in 2020), also sounded enthusiastic about the proposal, and agreed to help me apply for fundings in order to make this project come true. 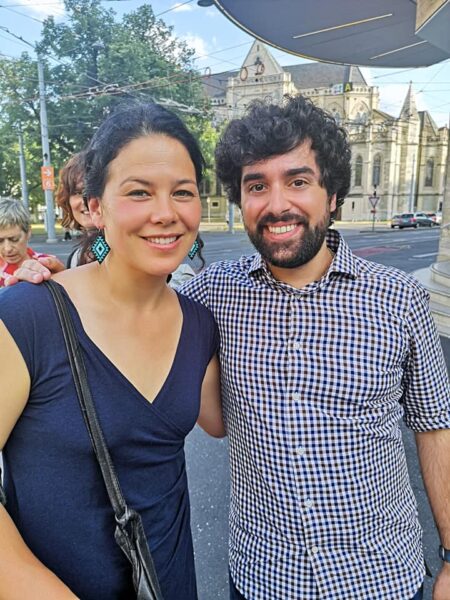 This isn’t a project close to my heart only because of the theme and content though. Since I started making animation, I had always dreamed of crafting an ambitious film that could combine every animation technique in existence (stop-frame, CG, 2D, sand, paint on glass…) and, when Only a Child’s pre-production started in 2019, I immediately saw an opportunity to make this finally happen.

How long did it take to complete?

With the help of Amka Films, we started gathering fundings for the film at the beginning of 2019. The actual production began in the second half of the same year and lasted more or less one year. 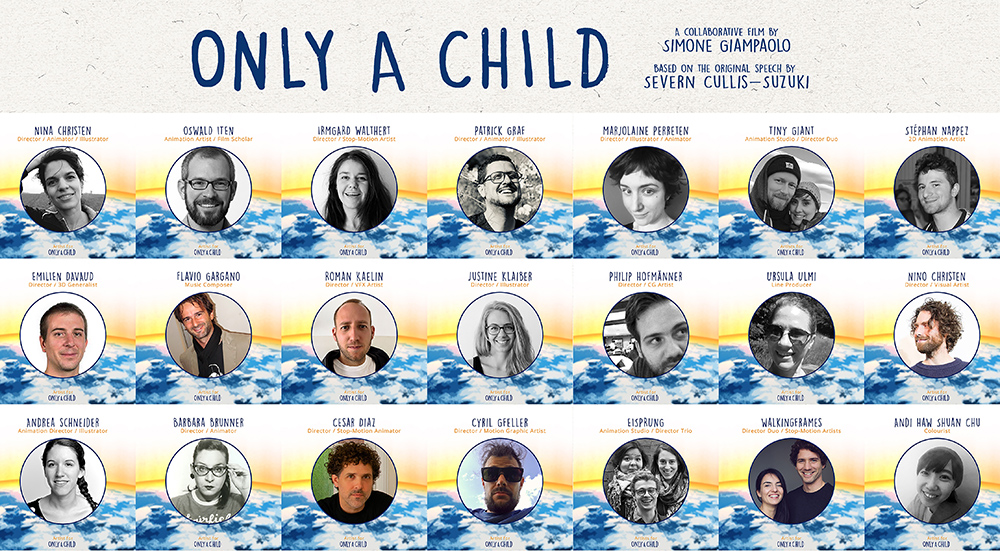 Only a Child contributing animators.

How did you find the different animators who worked on the project?

The film received fundings from the Swiss TV and government, therefore most of the team had to be Swiss or located in Switzerland (even though we had several exceptions). Selecting the team among so many talented independent artists was a real challenge and took a long time, but I was very happy with the diverse ‘troupe’ we managed to assemble. Getting to know and interacting with artists who use so many different animation techniques has been an incredible learning opportunity for me.

Tell us about the different styles and media used to illustrate the speech.

When assembling OAC’s ‘dream team’, I tried my best to give enough weight and importance to each animation technique: artists were selected for their skills, of course, but also for their unique visual style and the techniques they could make use of. No need to say that finding a digital 2D animator is way simpler than a sand or paint-on-glass artist! 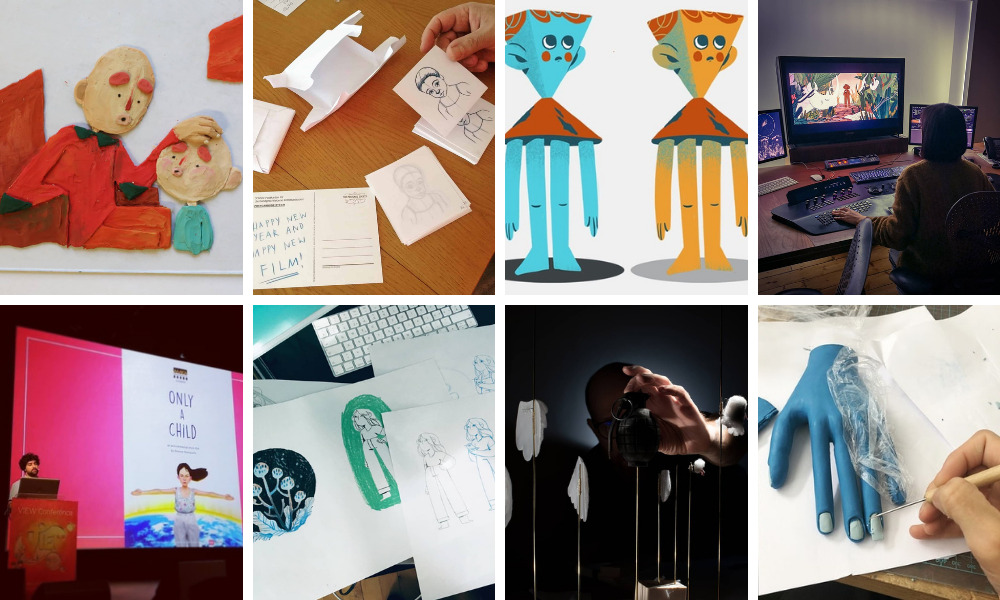 Only a Child came together with 20 artists working with distinct techniques, pipelines and budgets.

What was the biggest challenge for you as the director of this ambitious piece?

Managing everyone’s time and setting individual calls for feedback sessions (alongside my daily job) was the most difficult part of the project. For many months I found myself having meetings for OAC at each and every lunch break, not mentioning during evenings/weekends! Luckily for me, I was assisted by a great line producer during this process, Ursula Ulmi. On the contrary, the pipeline was arguably the easiest part of the project, as (almost) every artist was in charge of designing, animating and completing her/his own animated segment without sharing files with other departments (there were a few exceptions though, in which multiple artists had to collaborate and work together in order to achieve a certain transition and/or a peculiar visual style).

Production-wise, the biggest challenge was certainly managing the budget by splitting it into 20 different sub-budgets (each different per every ‘segment’ of the film), keeping in mind the different pipelines and workflows that each animation technique requires (sand, paint-on-glass, stop-motion, puppet, CGI, 2D, etc). Working with so many different independent artists forced us to become flexible and quite open to experimentation. As a director, my main challenge was to provide each creative mind involved with enough artistic freedom while maintaining a ‘fil rouge’ throughout the visual narrative.

Only a Child (Roman Kaelin)

While watching our film, you’ll soon realize that Only a Child is an incredibly eclectic visual project that displays almost every animation technique in the book: stop-frame, traditional 2D, CGI, clay, puppets, paint-on-glass, sand… You name it! Since day one, I’ve insisted on portraying as many styles as possible for one simple reason: I see each animation technique as a ‘tribe’ (or ‘nation’), and really wanted Only a Child to metaphorically symbolize different nations (and therefore different human beings) coming together to share a common, crucial message. If the animation world can agree and collaborate to craft an environmental and social film, then maybe the politicians around the globe can come together to make the world’s future healthier and safer, who knows?

What do you hope audiences will take away from Only a Child?

I’d like this film to make the audience reflect on the lack of environmental action taken by the nations’ governments in the past 30 years, since Severn gave her speech to the U.N. Summit. Could we (or our parents) have done more? Of course, but pointing the finger now won’t help solve any humanitarian/environmental crises. Only acting as soon as possible will.

Only a Child (Justine Klaiber)

Have you had any direct responses to this short that really stayed with you?

In spite of the COVID-19 pandemic, I managed to physically attend a few animation festivals during the past few months. After a particular screening, a few kids came over, hugged me and deeply thanked me for choosing to adapt this powerful message into an animated film. That rare encounter truly moved me, and will stay with me forever. Also, the short was shown in during COP26 in Glasgow last November. Seeing it screened during such an important environmental summit made us all very proud.

What was the biggest lesson you learned from the overall experience of making this short?

This was, hands down, the most challenging project I’ve ever supervised in my career (considering also it was all done in my spare time)! I was lucky enough to find a group of artists and directors I could trust and who truly believed in this omnibus project and poured their hearts and souls into their animated segments. However, it is tricky indeed to handle multiple creative directors’ minds (with different visions and who work using different media), I’m not going to lie. With each director involved, I had to learn the fine balance between allowing enough creative freedom and welcoming individual inputs and ideas, while maintaining enough control over the final product. In other words, I tried my best to let everyone on board contribute creatively to the film while respecting and serving the bigger picture.

Only a Child (Tiny Giant)

Only a Child is available to stream over KIS KIS – keep it short on YouTube here until February 1.

Learn more about the film at amka.ch/film/only-a-child. You can watch a behind-the-scenes featurette here.