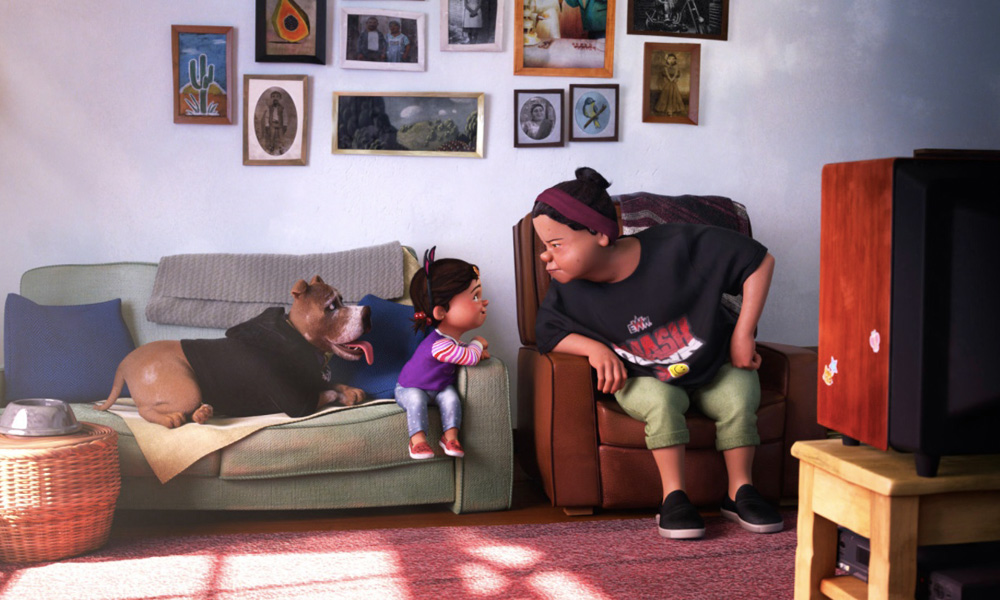 Arriving only a week after the debut of Aphton Corbin’s Twenty Something on Disney+, the tenth project in Pixar’s Sparkshorts program, Nona is also set to make a splash on the streamer. Directed by Louis Gonzales and produced by Courtney Casper Kent, the delightful short centers on a one-of-a-kind grandmother who is caught between keeping an eye on her mischievous granddaughter and watching her favorite wrestling match on TV! We had the pleasure of chatting with Louis and Courtney during a recent press event. Here is what they told us about their delightful short:

Animag: Congrats on your terrific new SparkShort. Can you tell us a little bit about its history and inspirations?

Louis Gonzales: When the Spark opportunity came along, they asked me if I had a story that I was burning to tell. Well, I had a hundred stories I was burning to tell, but I had these two central characters that I wanted to explore because this grandma character was so fascinating to me, and having this granddaughter in the mix was a fun thing to bring in a little bit of the old world with the new. But I had weird stories in the beginning, like this grandmother was a shaman who fed these plants that were alive, like a Little Shop of Horrors, and the granddaughter sees this little one that is really cute, so she feeds it and it grows to be this monster plant which they have to figure out how to stop!

You might say, “Hey! wait a second! That sounds way better than what you did.” But we decided to really treat this short as a character piece, because I wanted to love the animation, not have it be this big, conceptual piece. It was important to find that place where it was all about these two characters. So, I felt a little bit out of my depth. They always say, ‘write what you know’ — I started looking at my own family for inspiration about how they move, how they talk, how they gesture. Before I knew it, I had most of my own grandma Pearl in there, my daughter, my nieces; and I had some tangible, specific things in there. You have to bring yourself into the project, because that’s how you’re going to find a story that has various levels.

Courtney, when did you join the team?

Courtney Casper Kent: I joined the project in 2019 when Louis had three different ideas for the short. We didn’t know each other. We met and got to know each other. He talked through these ideas that he had, and he left for the holidays for a month and to think about the ideas and come back to hone in on one of the ideas and start to workshop it. We worked in the beginning of 2020 together and got a few other people on our team, and then the pandemic hit. We were home trying to figure out a whole new world. Overall, we had about 30 people working on this short and it took us about eight months to finish. 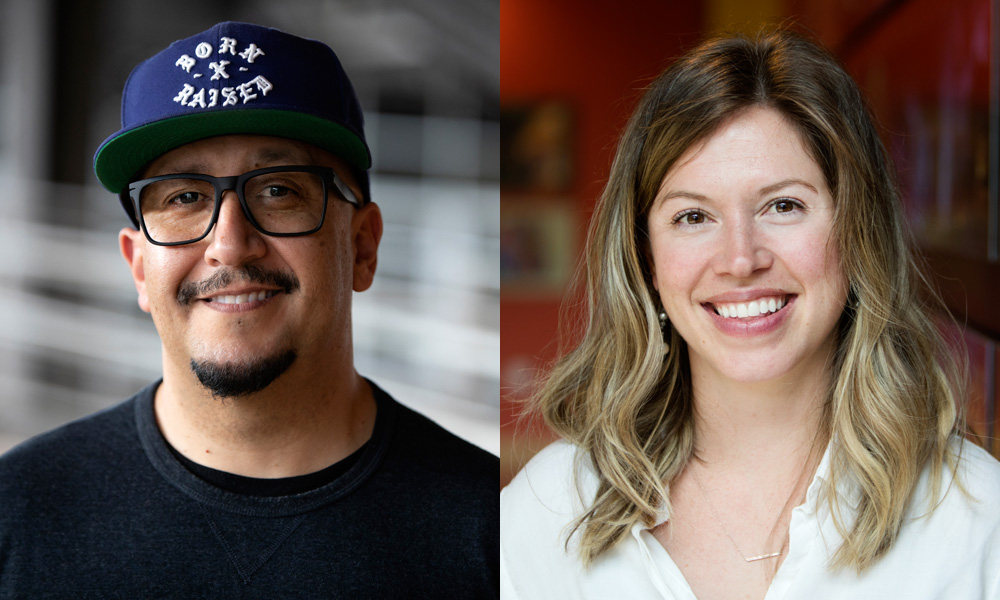 Louis: In the beginning, it was getting to know each other. That was the biggest moment. Once I knew you and trusted you, that was it.

Courtney: This was my first time producing. So, trying to figure out how to do that and not drop the ball in any way, and also being presented with this big idea. He’s my partner and I wanted to see how I get as much of that in the best possible way on the screen. My job was to find solutions. SparkShorts are already up against so many other hurdles of trying to stay slim.

Courtney, what did you love about the process and the final result?

Courtney: For me, it was all about the crew that we built — this family that we ended up having. Louis and I came to the table wanting it to be a fully collaborative process and to have a healthy, happy team who felt like their voices were being heard. That only makes the end product stronger because they are going to have great ideas and will give their extra all to make it amazing. I feel like we really accomplished that and Nona truly reflects that. 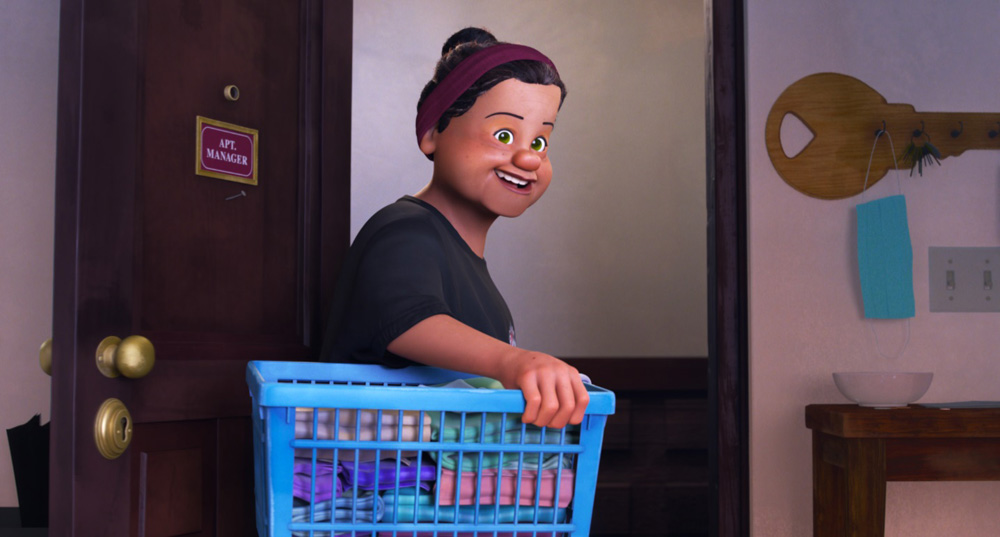 Louis, how did you end up at Pixar?

Louis: As a kid, I grew up in Southern California in San Fernando Valley. I loved four things: comics, cartoons, wrestling, and I loved to draw. And the love for drawing never stopped, right? When I became a teenager, I fell in love with graffiti. When I was young, I would draw alone. And it was fun, right? But you’re always alone. And then I found this graffiti thing with other artists. All of a sudden, I was in this community of artists, and that was a beautiful thing: To come and share ideas, talk about art and what we wanted to do.

That set me on this path to try and find a job drawing for a living. Now, I didn’t have the greatest grades, so I didn’t make it into these colleges that train for animation. Instead, I met a guy who worked at Disney and he said, “Hey, I’ll help you put a portfolio together.” I did, and I got a job at Warner Bros. Feature Animation. Funny thing was, in that same year, I also got married, bought my first house and had my first child. Two beautiful things happening at once. Right?

So, after a while working, my career grows. I get a call from Pixar! “Hey you know, we’d love for you to come in and interview.” So, I went up and interviewed. Surprisingly, it worked out great and they hired me. And I’m there now, working on my career. My career’s blossoming, and so is my family. I moved up here with two sons and added a daughter to the mix as well! 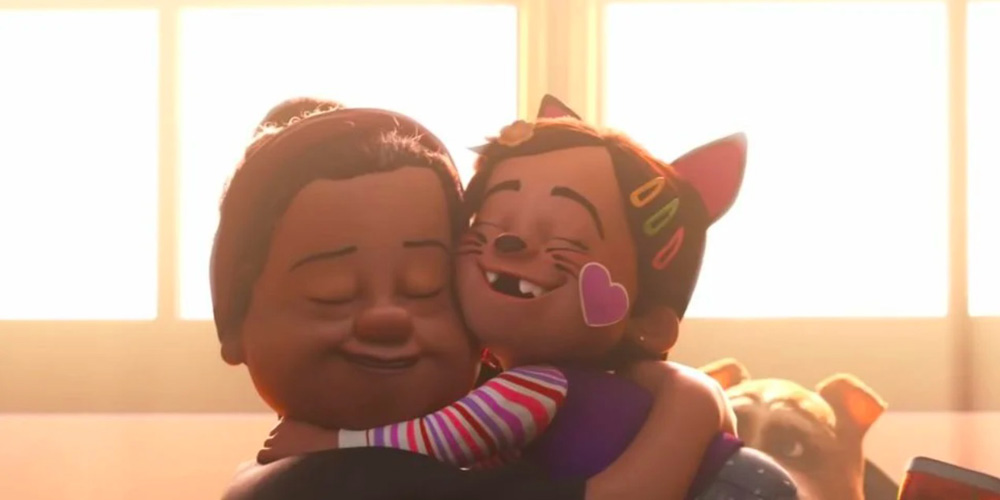 Can you tell us about the inspirations for the main characters?

Louis: I thought of this older grandmother as the supervisor or manager of her apartment building. She’s very good with her hands and she likes to fix things. So, already I have a grandma that I kind of like, because she’s not like typical grandmas I see on TV. She’s a bit more like the grandmas I know. I also had this granddaughter character who is really quiet and sweet, but as soon as you turn your back, she’s a big ball of energy. She’s always looking to go explore something! That’s why she wears these cat ears. That’s how I got the two main characters that I liked. It immediately dawned on me. The main character’s a lot like my grandma Pearl — big personality, strong individual. I love her to death. I was really kind of afraid of her when I was young because I was kind of a shy kid. But here’s the important part: she loved wrestling! That was the time we bonded, was when she was like, “You love wrestling? I love wrestling, too.” And I was like, “Oh my goodness. I have the coolest grandma!”

Have you shown Nona to your own grandmother?

Louis: Sadly both my grandmothers are deceased. I hope they can see it somewhere.

What did you love about this experience?

Louis: I loved the fact that this project gave me a whole new energy in my career. It gave me something to really love again. I was at a point in my career where I was 20-plus years, I didn’t feel like I was moving up. I had chosen not to pursue my own career for my kids, and now my kids were off pursuing their own careers, and I was thinking, “Hey, can I still do it?” Nona proved to me that I could. As a matter of fact, not only did it prove that to me, it also kicked my butt and told me, “Hey, why aren’t you doing more?” So, now I have a lot of stories in my head. I have a lot percolating in my head! It’s time to move.

Nona will premiere on Disney+ this Friday, September 17.