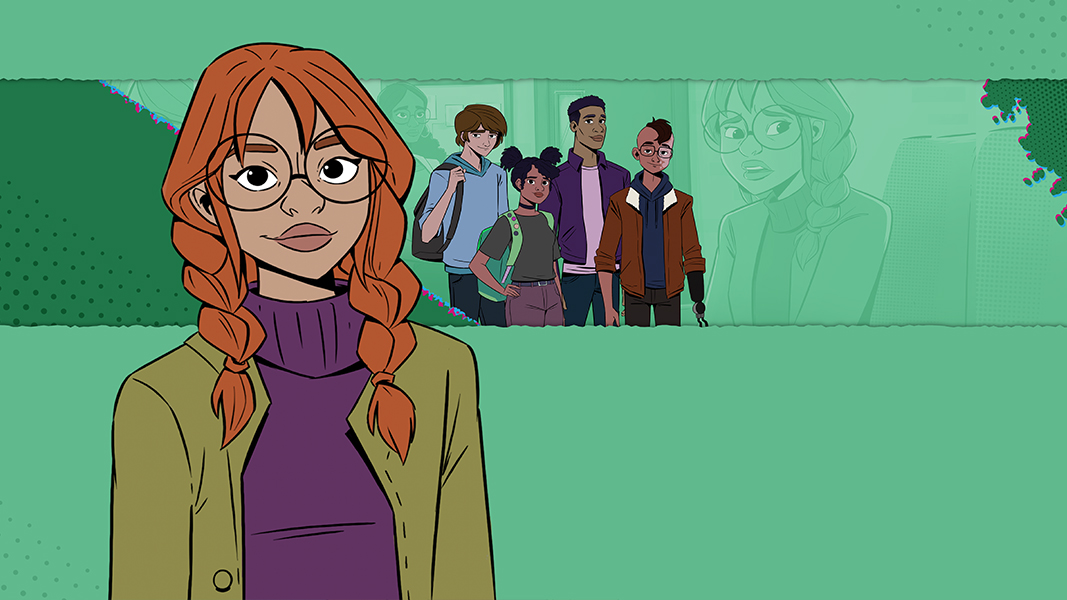 Content Warning: This article includes mention of suicide and mental health issues. If you are struggling or know someone who is, you can contact the National Suicide Prevention Lifeline 24 hours a day: 1-800-273-8255 (suicidepreventionlifeline.org)

According to a report published by the CDC, suicide is the leading cause of death for young people aged 10-24 (WISQUARS Leading Causes of Death Reports, 1981-2018). Stepping outside the expected bounds of “cartoons,” one recently launched web series seeks to make a difference, using the medium to tell powerful stories that connect with teens and young adults and spread the message: My Life Is Worth Living. 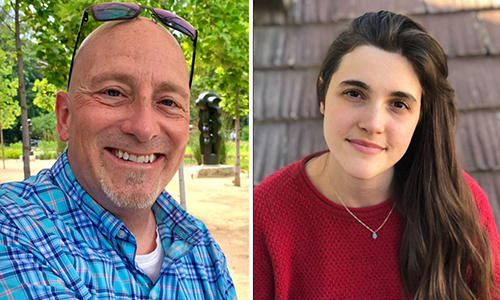 Animation Magazine: Can you tell us a little bit about how you became interested in the subject of teen suicide and why you decided to use animation to address this sensitive issue?

Mark Baldo: Wonder Media approached me in the fall of 2020, as I was in post on Rock Dog 2: Rock Around the Park for Lionsgate. I had just finished directing that animated feature and was looking for a new project to direct. We spoke for a very long time about My Life Is Worth Living, as well as animation in general. It turned out that we were definitely kindred spirits in our passion for animation and shared the same ideology that animation has the capacity to be educational as well as entertaining. The visual storytelling medium of animation allows the viewer to engage and absorb what they are seeing very readily and the opportunity to use that capability to actually save lives is what attracted me to My Life Is Worth Living.

Personally, I became interested in this project because I believe that mental health advocacy and suicide prevention go hand-in-hand. We can’t normalize the conversation about mental health without normalizing the conversation about suicide. This project felt like a natural next step to take after the work we’ve done with other non-profit organizations — content that always has the goal of helping kids of different ages feel supported through experiences that can feel difficult to talk about.

When did you start working on the series?

Mark: Production on My Life Is Worth Living started for me in November of 2020. The outlines for all the scripts were in the works and we had preliminary character designs from the pitch document. As the scripts were being written by a team of writers led by Jordan Gibler and Amanda, I worked with Edino Israel (who would also serve as our art director) on developing the look of the series and making the rough character concepts into fully realized animated characters.

Amanda Carson: I started working on development for the series in May 2020, and I started working with Mark in November 2020. It has been a joy to work with Mark on the vision of this series. His willingness to collaborate has really allowed for the integrity of the writing to be continually enhanced by all of the other elements along the way.

How many people are involved in the production, and where is the animation produced?

Amanda: Wonder Media is based in Los Angeles, California, and has just under 20 employees. Split Studio is animating the series in São Paulo, Brazil, with a team of just under 50. The Cook Center for Human Connection is based in Utah. Each phase of this production has been done remotely.

Which animation tools do you use to produce the series?

Mark: The series is being animated in Toon Boom Harmony, but both teams here in the U.S. and in Brazil use Discord for our day-to-day communication and SyncSketch for our review and work sessions, from animatics through to final comp. And of course, both teams were constantly using Photoshop for just about everything, from concepts to background paintings to notes. 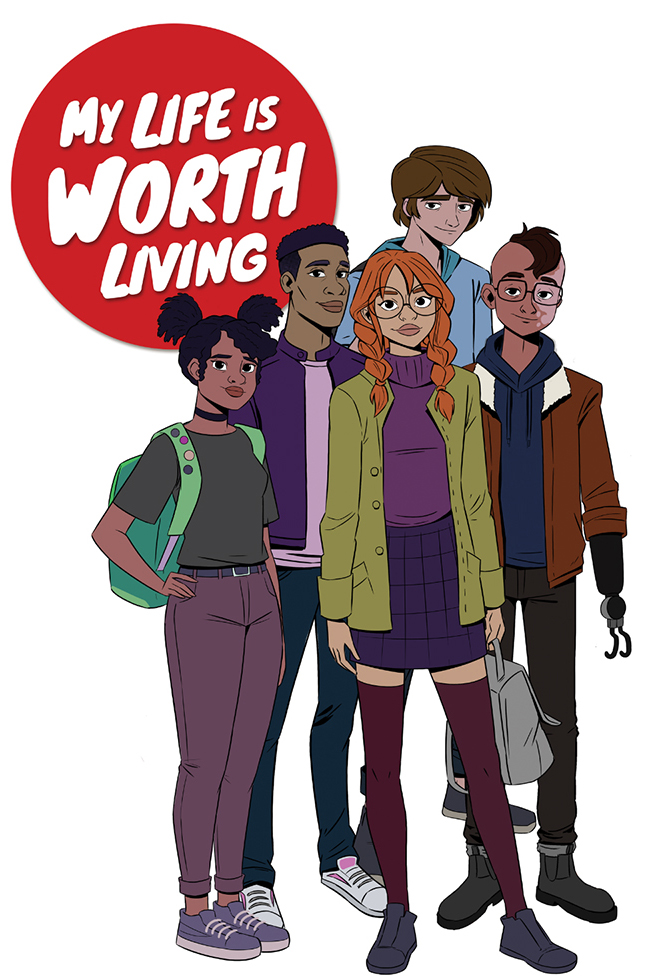 Can you talk about the visuals and overall look of the project?

Mark: Suicide prevention is a difficult subject to tackle cinematically, so we knew we had to craft these stories to have visual appeal and to create characters that people can relate to. In order to attract the attention of a teen audience, we needed to to design this series with their discerning sensibilities in mind. Comic-book-based content and anime are very popular with the teenage demographic, and both genres have the ability to explore a character’s inner world. From highly emotional facial expressions to striking camera angles, we realized we could draw from these genres to effectively tackle important stories of human connection with great visual appeal. And so we designed My Life Is Worth Living to be a stylish, animated comic-book drama.

What do you love about the series?

Mark: I am very proud about a lot of things in this series — the look, the writing, the voice acting — but what I love about this series and these characters we’ve created is that they have the potential of saving someone’s life.

Amanda: I love the different relationships and important conversations about mental health that we get to model in each unique story arc. Shooting these intimate conversations more like a live-action drama combined with the stylized visualization of each character’s inner world meant that we got to create a series with emotional depth that hits home in each episode. But I would be remiss not to mention the voice actors. It really felt like everyone who was meant to be a part of this project became a part of it, from their performances to the stories they shared with us in the booth about their connection to the material.

One of the story arc’s that I am really excited about is Danny’s story that was inspired by Gabe Alvarado of the Gabe Alvarado Foundation [and co-executive producer of the series]. After experiencing a traumatic injury and going through recovery, he started telling his story at different speaking engagements. Following these engagements people would ask him how he dealt with his mental health and wanted advice about how to talk about mental health with loved ones, specifically children. That inspired us to include Gabe’s story, as Danny, as part of the series — with the goal of helping people understand how to overcome trauma and help with mental health and suicide prevention.

What were your biggest challenges as you set out to deliver this show?

Mark: For me, the challenge was to produce a high-quality, visually eye-catching animated show, remotely — with a very small team here in the U.S., a small animation studio in Brazil, and a very small budget compared to other shows I’ve worked on.

Amanda: A big challenge in the development phase was making sure to address suicide safely without sensationalizing it. We needed to have dramatic appeal in every story arc, but make sure we were following best practices. We also wanted to see the characters using coping skills without compromising narrative structure or being didactic in any way. With the help of our head writer Jordan Gibler and valuable input from experts in suicide prevention, I think we were able to do that.

How is directing these indie animated projects different from working on big studio shows like Ice Age or Shark Tale, or even any of the other smaller features you directed like Bionicle, Barbie, or Rock Dog 2?

Mark: I love animation in all its forms, be it features, a series, or even television commercials. At big studios, the budgets are bigger and the schedules are longer, but with that comes a level of executive involvement that is not conducive to creativity — or even quality. What I like about directing on indie animated projects is that I have more creative control and I can utilize the team and the limited resources to keep the project moving forward and put everything onto the screen. 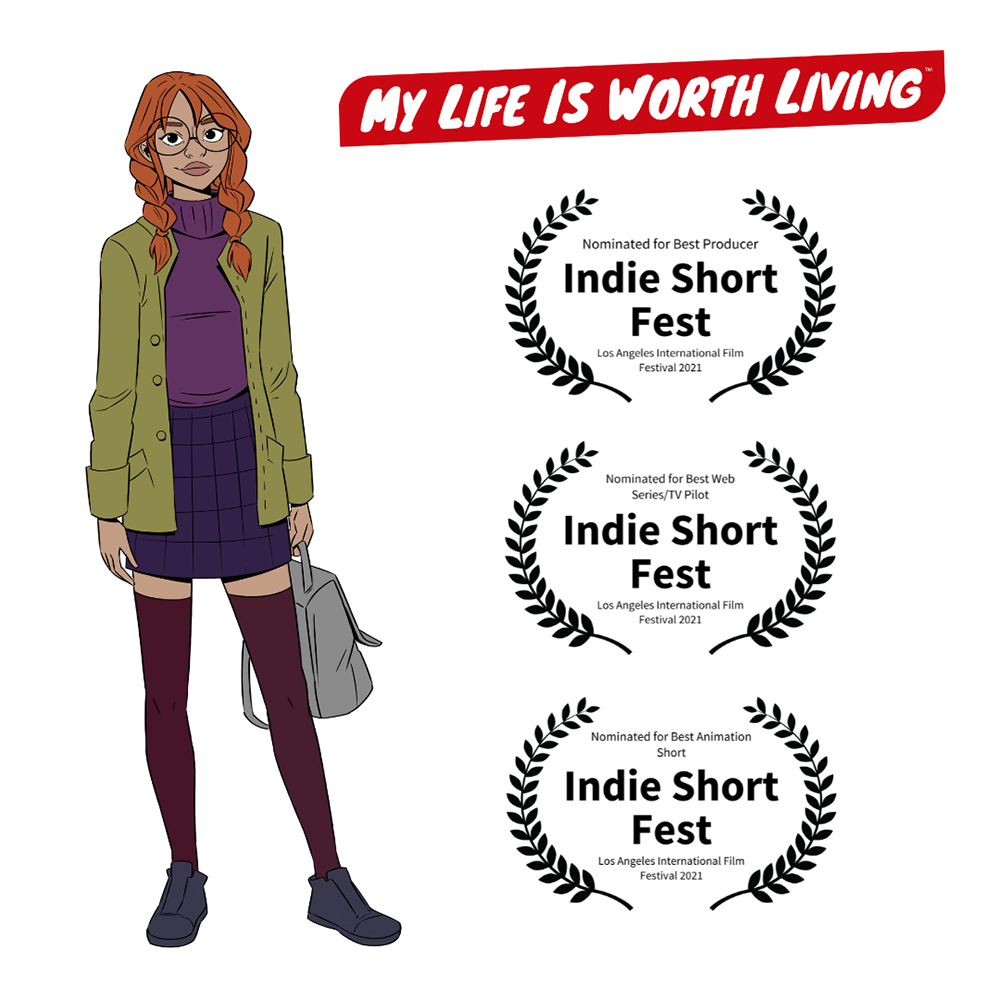 Have you had any feedback from educators or social workers about this helpful project?

Amanda: Working with experts in mental health and suicide prevention was vital to developing this series to make sure we were handling this content thoughtfully and safely. It was important to us that the decisions we made throughout the process were not in conflict with best practices of professionals in the field. We worked closely with Dr. James Mazza, who has his masters and Ph.D. in school psychology from the University of Wisconsin, Madison and is a professor at the University of Washington, where he has been for the past 20 years teaching and conducting research in the field of adolescent mental health. He is also the co-author of the DBT STEPS-A social emotional learning curriculum for middle and high school students.

What do you hope viewers will get out of your new series?

Mark: We hope that My Life Is Worth Living connects with an audience and encourages teens to reach out to mental health professionals as well as teachers, coaches, friends, and family when they themselves are experiencing a crisis. We feel it is important to communicate to teens that they are not alone in what they are experiencing, that there are people there to support them, and most importantly, that their lives are worth living.

Amanda: I hope viewers will feel that they are not alone with their thoughts. That feeling of not wanting to be a burden can be so strong that it can really keep you from reaching out. I still struggle with it. Hopefully this series provides moments of comfort and affirmation that they are not a burden and that they deserve to find the community and support they need.

What is your take on the animation scene in 2021 compared to say 20 years ago?

Mark: In my experience, 20 years ago, it was all about creating animation studios here in the U.S.: gathering talent from all over the world to create teams of animators and designers to produce theatrical animated features. Now, animation is being produced all over the world for us here in the States, and for a global audience. The animation community has grown exponentially, and now I get to work with teams of talented artists and animators from every corner of the globe, meeting the ever-increasing demand for animated entertainment, not only for theaters, but for all the streaming platforms.

Amanda: The internet! Creating a cinematic series with powerful messages without being beholden to traditional distribution structures and channels means that we’re able to create content that feels more personal and accessible to the viewer. Releasing this series on YouTube means that there is a possibility to grow an interconnected community of people sharing their feelings about the series and maybe even sharing their stories with each other. That sort of feedback is immensely rewarding and moving to see.

My Life Is Worth Living is available to watch on the official YouTube channel www.youtube.com/c/MyLifeisWorthLiving. New episodes debut weekly on Wednesdays.

‘Shaun the Sheep: The Flight Before Christmas’ Offers Wooly Holiday Wishes from Aardman
Cinesite Renders ‘The Addams Family 2’ with AWS