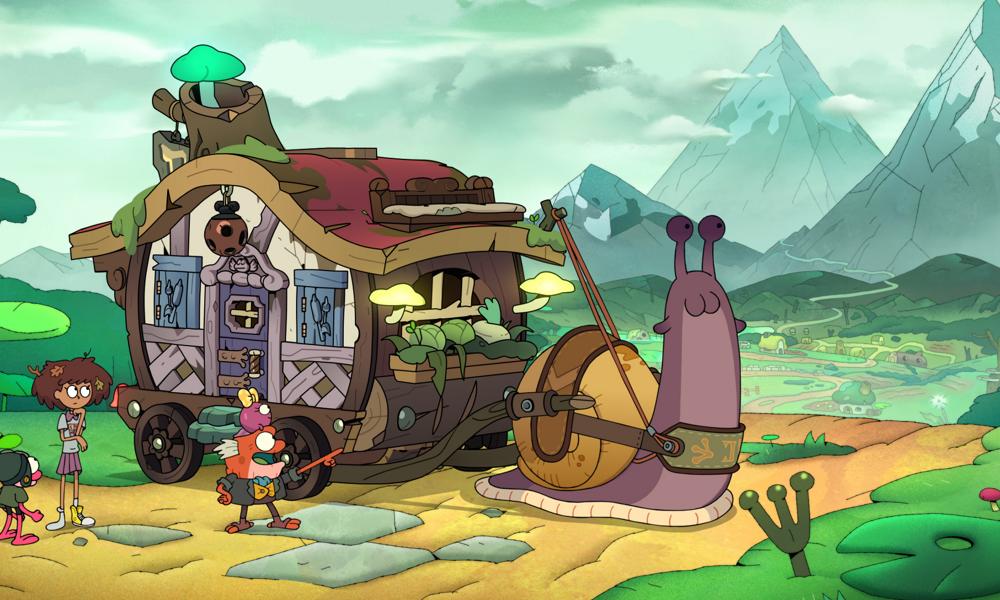 Matt Braly’s popular and imaginative series Amphibia will begin its second season on Disney Channel on July 11. The show, which is currently in production for its third season, finds the lead character Anne (voiced by Brenda Song) and her friends the Plantars on a quest to unlock the mysteries of the music box as they leave their safe world for the distant city of Newtopia. Matt was kind enough to take the time to chat with us and reveal a few details about the second season of his show.

Animag: OK, first things first, congrats on the success of your show and embarking on the second season. Can you tell us a little bit about what we can look forward to this summer?

Matt Braly: Thank you so much. Yes, we have a lot happening this season. Last year, we were introducing the characters and they were in a stationary position and stuck in one area. But this season, we are embarking on a crazy adventure, a road trip deal and the gloves are off. We are going to be exploring the world beyond their town and visit diverse locations. I’m a huge fan of Zelda and the land of Hyrule. So this is kind of our tribute to that. Our gang are on their way to this huge metropolis of Netwopia, which is kind of our Gondor — a cultural focal point and the center of Amphibia. But we will stop at a number of interesting and surprising destinations along the way (which I won’t be able to reveal more at this point). 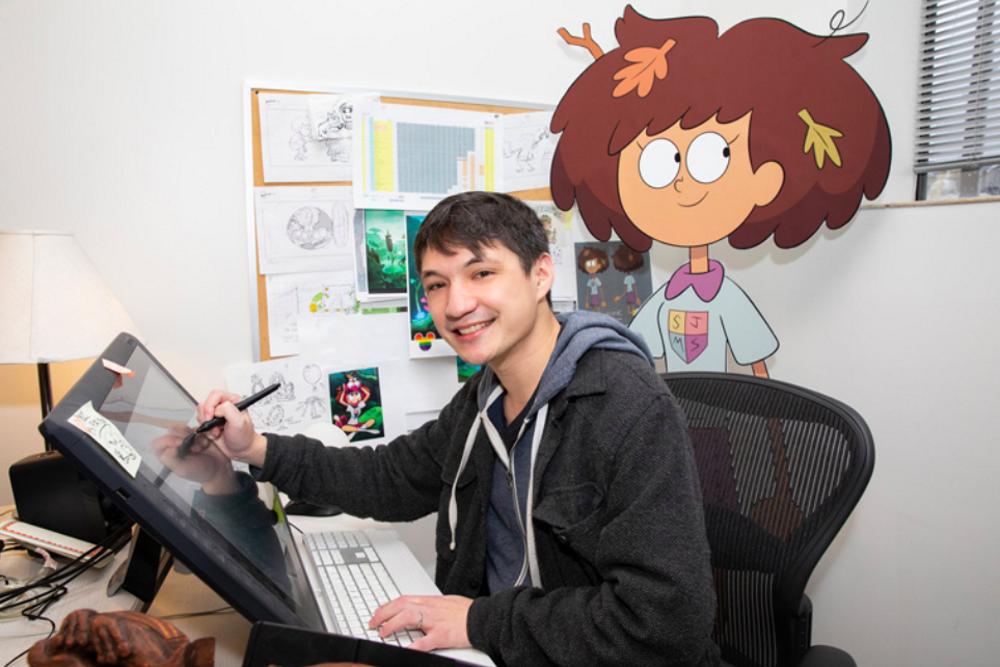 What kind of creative opportunities did working on the second season of you show open up for you along the way?

Much of the first season of the show we were busy setting up the premise and establishing each of the characters and making their personalities recognizable. It was about making the audience grow attached to them. Now that we have done some of that, we are able to explore the world and build the lore around these characters. It’s a bit of a magic trick. First seasons are about gestating and getting to know the characters, and second seasons are about following the adventures of these characters that we’re invested in.

How long does it take to produce each season?

Last year, at this time, we were getting ready to premiere the show. So, I feel like each season takes about a year. I can’t believe a year has gone by since we talked about the first season. Some things are overlapping, of course. Right now, we are still working on Season Two while we’ve already started on Season Three. The first season, we had one double-length episode (which was half-hour) which was the reunion finale of the show. This season, we are a bit more ambitious and have four double-length episodes. We’re cooking with gas!

Can you talk about the special guest stars you have lined up?

We have that world-famous amphibian Kermit the Frog appearing on the show. I have to give credit to the Houghton brothers, creators of Big City Greens. When I worked on their show, they kept pitching me this idea of Fozzie Bear coming in as a guest, but playing an actor in the role. So we are taking a page from that. We also have the amazing George Takei, who is a huge Asian-American role model and a personal favorite of mine. I’m also a big fan of Keith David’s, the voice of Dr. Facilier on The Princess and the Frog and Goliath on Gargoyles, and so happy that he is voicing a pretty important new character on the show. Also, very pleased that Alex Hirsch (creator of Gravity Falls) also agreed to give us some voices this season! 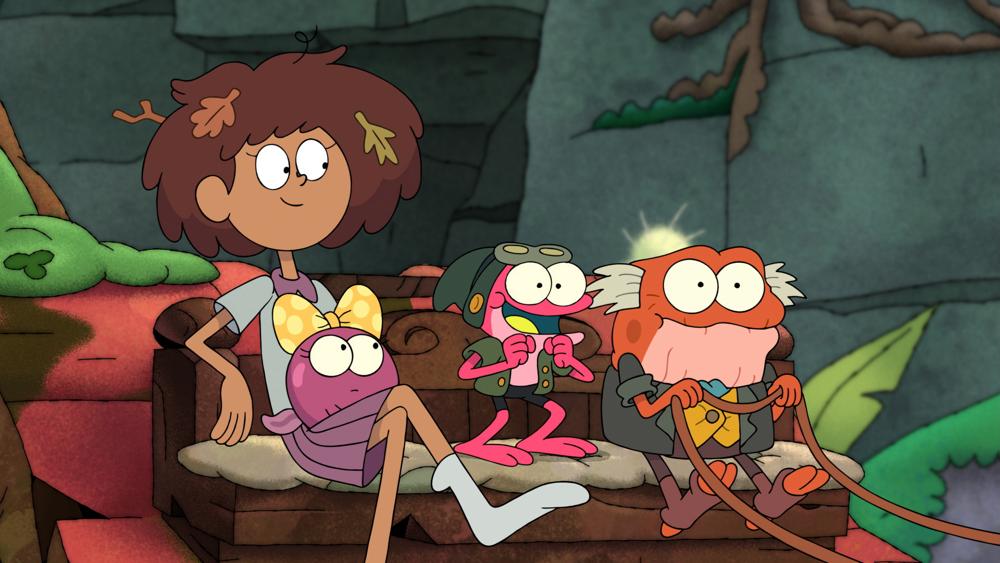 What were some of your big challenges this year? How did you all deal with the work-at-home requirements?

Before the COVID-19 situation happened, I would have said that our biggest challenge was keeping up with all the continuity and serializing details of the show as we expand this world and add new territories and characters. But as it turns out, the fact that we had to work from home presented us with a new set of challenges. We were about finished with boarding the second season and we were just getting some color coming from our overseas studios, Rough Draft and Saerom in South Korea, when it all happened. It was a very difficult situation, but I have never been more proud of this team for what they’ve managed to accomplish. I think it’s a miracle that we were able to have the show air this summer.

What were some of the more difficult aspects of working away from the studio?

I would say editorial and recording all the talent has been difficult. Our voice casting department had to get everyone set up at their homes. Some of the cast had more experience and had done more voice acting before, so their setups at home were better. Our lead actress, Brenda Song, had to get into a closet and do what she can to do her recordings. Veteran voice actor Bill Farmer, on the other hand, had a wonderful recording equipment already set up and was able to jump in right away!

Has your life changed at all since you got your own successful animated show on Disney?

I don’t think it has changed that much. The only thing that is a bit weirder is when I used to go to industry meetups or parties, the line between networking or social outings had changed. Friends would come up to me and ask me whether I had any jobs available on the show. I would have to say, “Sorry, no … and Happy Fourth of July!” This is the first time I am an employer of sorts, so that is the only thing that has been different.

And no, I haven’t had a random person at Wal-Mart point at me and say, “Oh, look, that’s the Amphibia guy!” … And I honestly hope that never happens to me! I am sad that I won’t be able to interact with fans at Comic-Con this year, but we are preparing a fun sizzle piece that we’ll release on YouTube around that time, so people will have something fun to watch. But I’m sad that we can’t all get together in an overpacked, sweaty room and tell stories about the show! 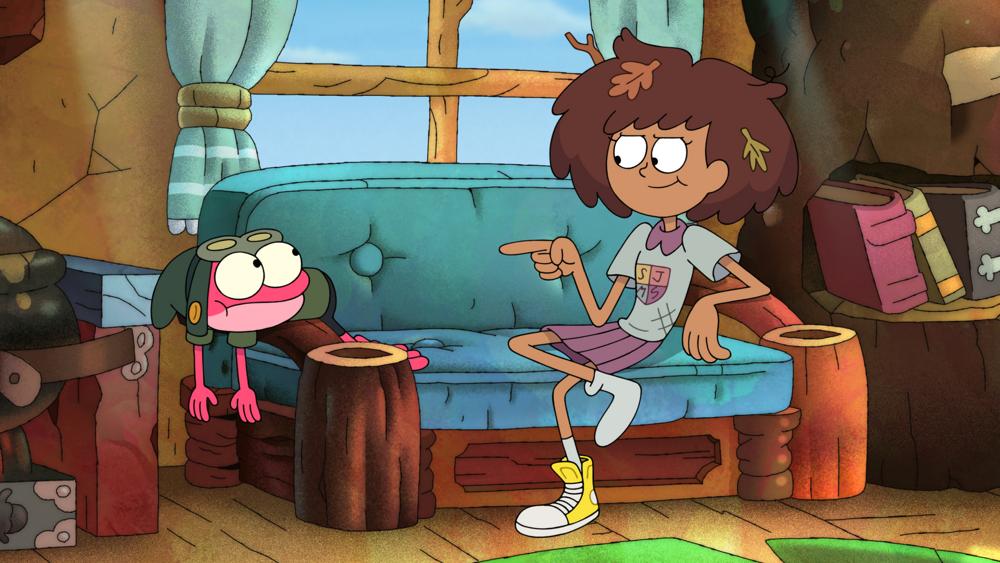 Did you receive any memorable responses from fans that have stuck with you?

I have gotten quite a bit of fan mail both from young viewers and some older viewers as well. I have to say what touches me most is when I am contact by Thais and Thai Americans who are so excited that our main character Anne is Thai.

Final thoughts on the second season?

We are going to see some exciting new characters that are going to be introduced. We will have three new core cast members, but there’s one that is very big. But I can’t say any more!