Riki Group recently embarked on a major rebrand. This version of the new logo is inspired by upcoming feature film Finnick.

Founded in St. Petersburg in 2003, Riki Group has grown into one of the leading lights of Russian animation, and built an international presence with hits such as its flagship franchise Kikoriki. Today, Riki Group includes a production center, a design studio, two animation studios – Petersburg Animation Studio and Aeroplane Production Center; Marmalade Media, a multi-brand licensing agency; 4Screens, a studio producing children’s game content for YouTube; a publishing house and other companies. We recently caught up with Mark Zavadskiy, CEO of Riki Group to find out more about how the company made the most of a challenging year – and what lies ahead. 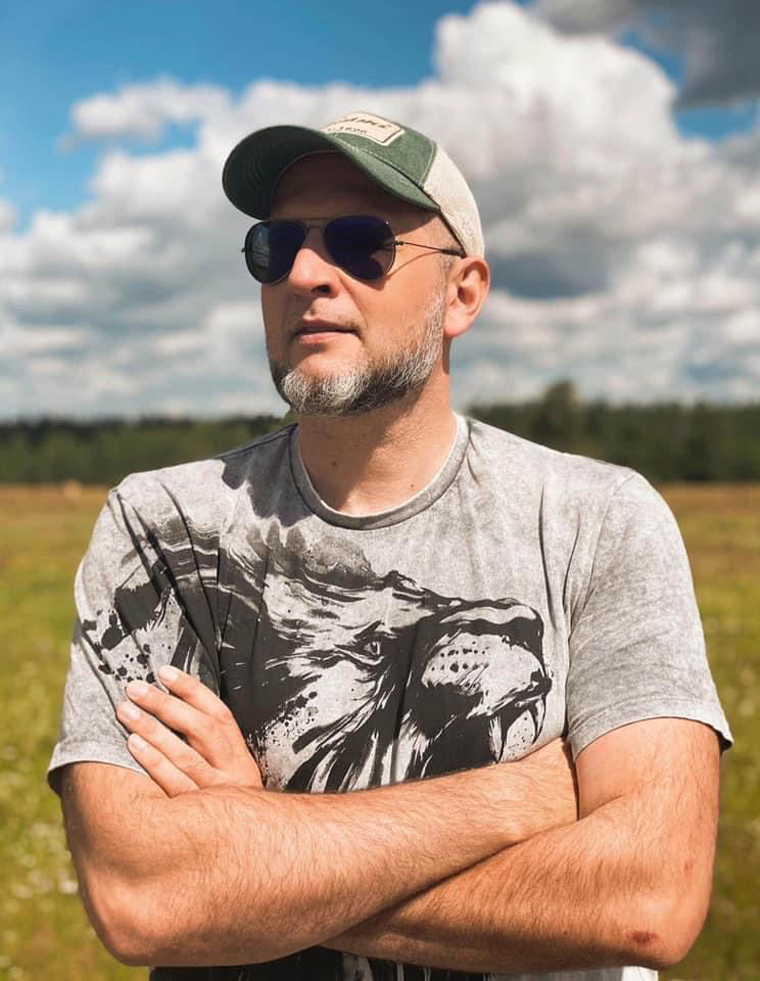 Animag: Can you tell us what’s new at Riki this fall season?

Mark Zavadskiy: Firstly, this year started with the announcement about Riki Group’s consolidation of the shares of Aeroplane JSC together with its famous brand, The Fixies, which significantly strengthened the company’s portfolio and position in the market. This media assets consolidation deal marks another milestone in the growth strategy of the animation holding. Earlier, Riki Group acquired the Tina & Tony brand assets through an equity share purchase in Digital Television Company as well as the assets of the Riki Development Fund (more than 10 animation projects), with an equity share purchase from the Inter-State Development Corporation.

Secondly, all our flagship projects – namely The Fixies, Tina & Tony, BabyRiki and Kikoriki – have released new seasons in Russia, and for Kikoriki it’s for the first time in 10 years. As for our worldwide presence, it has been widened through to numerous new partnerships: Tina & Tony was acquired by Epic Story Media for U.S. and Canada, and Edutainment Licensing will distribute the series in the U.K., Australia and New Zealand, as well as worldwide for school and library digital platforms. This fall, Tina & Tony premiered on France 5 and Brazil’s Gloobinho. The Fixies series went to P1KFILM SDN BHD in Asia and the features were taken by Amazon Prime, Tubi TV (owned by Fox Corporation), Pluto TV (ViacomCBS), Roku TV – they will be also shown in Poland by the most-watched channel, Polsat, and in Brazil on Gloob. PinCode and Kikoriki were also broadcasted in Israel (GHI Media) and Canada (ToonAVision). Moreover, Da Vinci Media took PinСode for its channels and VOD apps available in multiple territories, such as Russia and CIS, Poland, Asia, Middle East, Africa, Greece and Turkey.

Thirdly, we have actually entered into a large-scale strategic partnership with Yandex, Russia’s leading digital and tech company. And we are still anticipating more changes that will support our updated identification.

Which new shows are you offering at the fall markets?

While we have a dozen projects in development, we brought new preschool series Beardy Bodo to MIPCOM 2020. It follows the adventures of a hilarious character, Bodo, who knows nothing but he’ll teach anything and everything. This is a riotous series that teaches kids to read. Young viewers will be taken on a journey beginning with studying each individual letter and moving to reading exercises led by Bodo, a grouchy man with an enormous beard who doesn’t know how to read very well himself. Solving simple puzzles, playing games and stopping Bodo from hiding the letters, kids will soon be able to memorize the alphabet and improve their reading skills. Bodo’s ridiculous and misguided “teaching” is, of course, really all about activating kids to learn from content and the world around them, while having a good laugh and feeling pretty smart about being smarter than Bodo!

At MIPCancun and ATF we also present IPs in development. Last year, our Weatherville received the main prize of ATF 2019’s pitching. This is an educational series dedicated to the most unpredictable and discussed topic — the weather. Kids learn that there’s no such thing as bad weather, just like there’s no such thing as bad temper! In 2020 we bring educational comedy series Question Club, psychotherapy adventure comedy The Amazing Spoilers, and series Above the Ceiling for preschoolers. 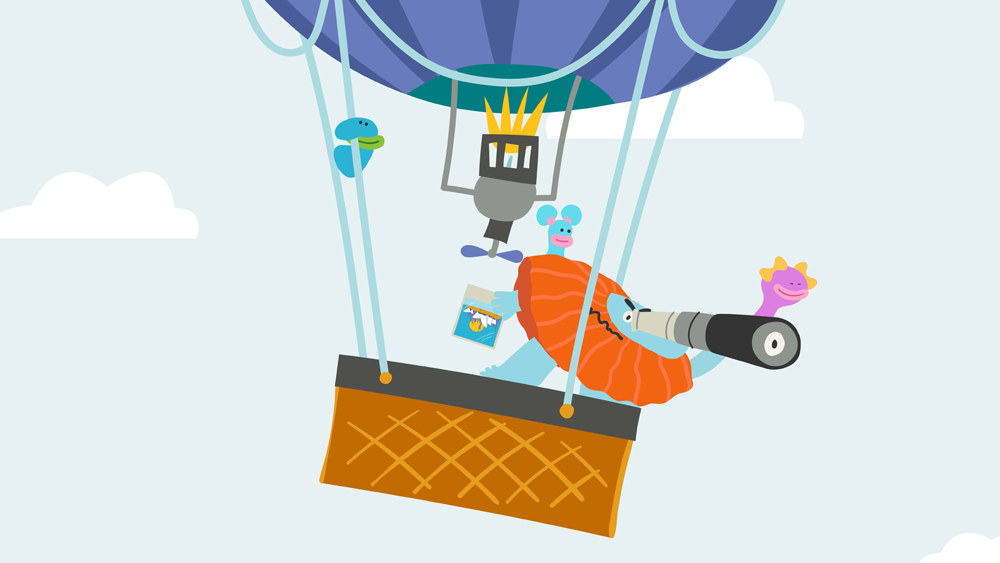 Are you bringing any features to the AFM market this year?

Riki’s upcoming feature Finnick is now in production and international sales for the project are in full swing. Another project in production is an animation comedy by the director of Kikoriki under the title Teddy Boom, and it will be presented to the platforms as we plan to develop it as a digital release.

We heard about Riki’s new branding effort… can you tell us what’s new in terms of branding and partnerships with other studios around the world?

All the latest changes have led us to a new level, which demanded an updated approach to our style. Riki Group has launched an overall rebranding with changes to the company logo, visual design and brand philosophy. The dynamic transformation of the business structure and active development of Riki Group projects in both the Russian and international markets led to this redefinition of the company’s essence, values and mission. The rebranding process is being carried out in stages over the course of 2021-2022 and will eventually cover all aspects of the company’s operations.

As for the partnership, Riki has recently teamed up with leading Chinese companies. Youku Kids, a division of Alibaba Group, a global digital commerce company, participates in joint production of the second season of Tina & Tony. New episodes were released in China in August in the Youku Top 3 (leading position among foreign content according to the popularity index). The popularity of the project helped us to launch a licensing program in China this year. And Tencent Video, who previously had great success with The Fixies brand in China, now invests in the production of the fourth season. The first 18 episodes of the new season will be produced by December 2020 and the full season should be delivered by June 2022. The series will be released simultaneously in Russia and China. In addition, Tencent commissioned Hebei TV to create a new TV sci-fi game show for kids: Fixie Lab. Both deals are strategically important for the brand’s development. 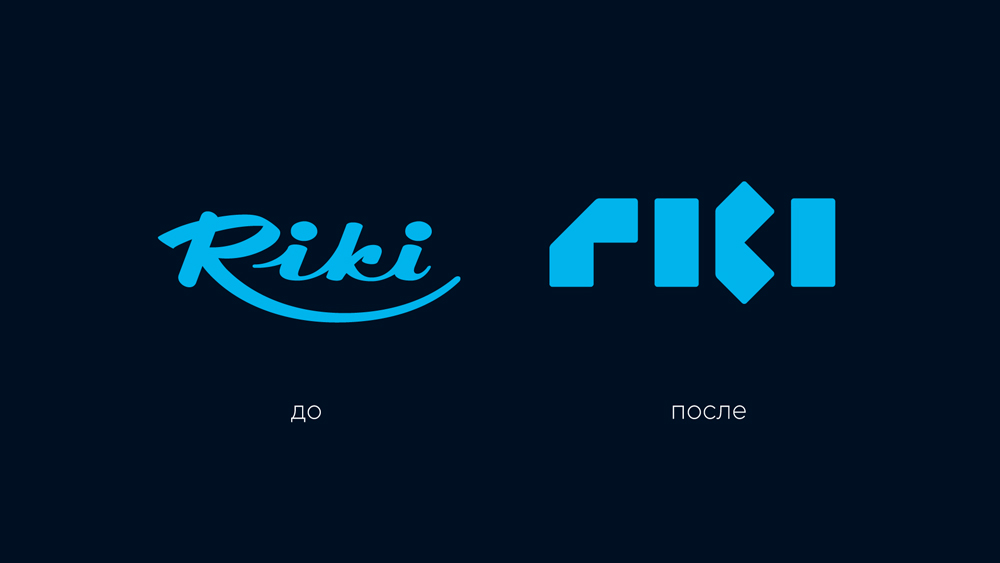 Riki Group’s logo, before and after the 2020 rebrand.

What do you want the global animation community to know about Riki in 2021?

Riki Group supports a very important and promising trend by developing adult animation. This will not only lead our company beyond the bounds of kids and preschool content but will help to develop animation in Russia in this highly demanded direction. At the Russian ComicCon together with KinoPoisk HD, we announced the launch of the Riki.Lab competition for adult animated series projects. Talented authors and animators will have the opportunity to create unique projects for the Russian audience, and I hope for international as well.

We will also continue the work of our recently launched department of educational projects. It creates educational products aimed at learning the basic skills for life in a playful way, socializing the individual, popularizing science and scientific knowledge. Every year this direction is becoming more and more in demand and necessary, the consumption of children’s popular science content is growing, and the development of the digital environment opens up wide opportunities for the implementation of creativity. I suppose that next year we will present a new project that combines animation, game mechanics and offline presence.

Our studio is increasing its capacity in contract production. Riki Group partners with Roy Production in the making of the Super Meow series, which was previously named the largest investment deal in the Russian animation market. The studio plans to launch about 15 projects by 2025. 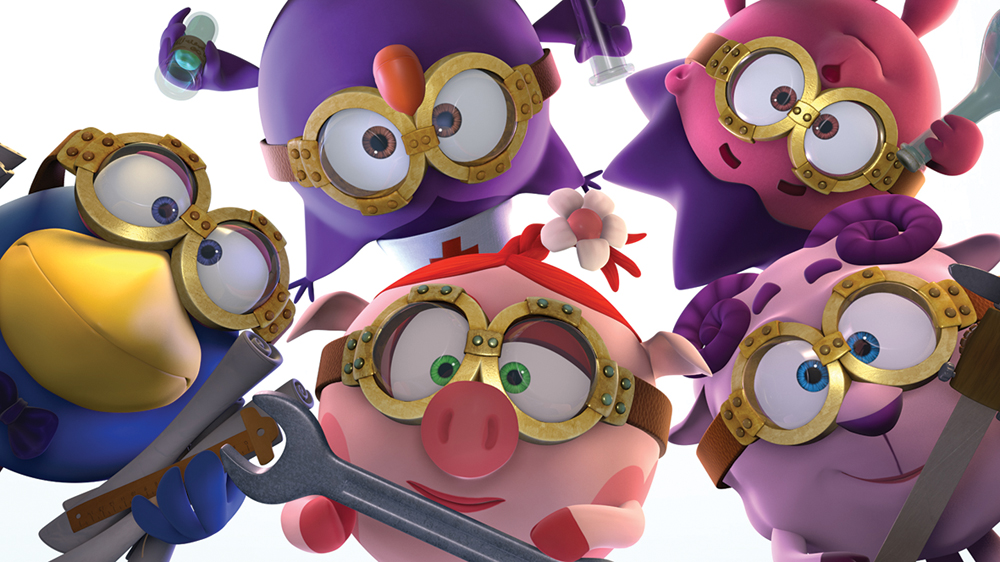 What does the Russian animation scene look like in late 2020 and what are some of the challenges you have faced in the COVID-19 era?

Obviously, the industry in Russia faced tough times due to the COVID-19 pandemic. We faced difficulties in the transition to remote work, but thanks to new technological solutions, both studios continued to work without intermission. Moreover, Riki even reached record production volumes despite the pandemic. The development of the new projects also did not stop.

So, for example, new circumstances pushed us to a decisive transition to cloud technologies. Special effects in animation are challenging and require modern technologies. In our previous lives before the pandemic, we took it for granted that production was concentrated in the office. However, when we all switched to remote work we had to look for solutions to make the new home office of each of our employees equally technically equipped. And with the help of cloud technologies, that were provided to us by our partner from Yandex, we managed to do this. We’ve just finished this global transition, and, of course, it was gradual, as it took time to study and implement new technologies. We hope that our creative employees have hardly noticed any changes. We have tried to make this process as comfortable as possible and to preserve all their work habits.

The move to cloud technology has allowed us to take the worry out of storage security. Moreover, now we can increase production volumes at any time without planning in advance to buy new equipment for the office, since the clouds are available at any time and provide unlimited storage volumes. And it also allows us to seamlessly integrate into our production process unique specialists from different cities of Russia, and even different countries, due to the project management system deployed in the clouds, which was developed by us several years ago. It is unlikely that it will be possible to calculate the direct benefits of such a transition now: this is just a different way of life, new opportunities that will certainly manifest themselves in the near future. 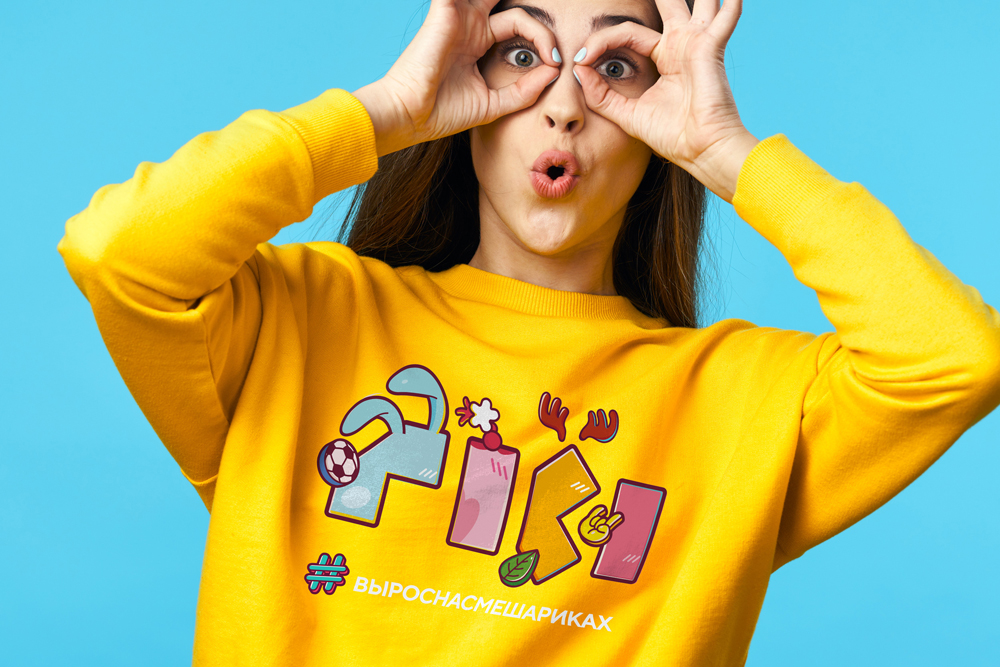