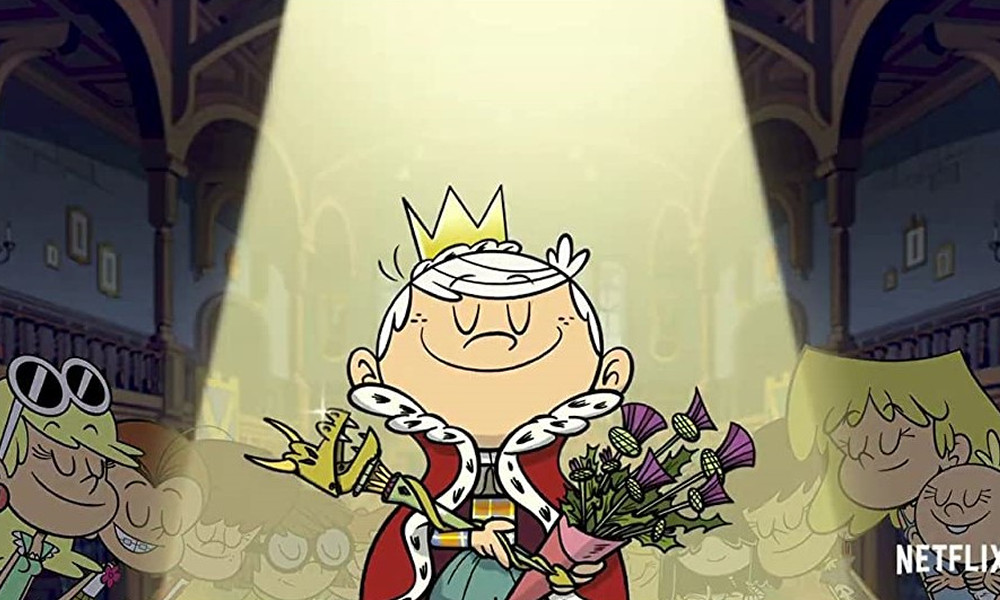 In Nickelodeon Animation’s upcoming Netflix Original The Loud House Movie, put-upon only brother Lincoln Loud discovers he is the sole heir to the Scottish dukedom of Loch Loud — putting in motion a series of mixed-up and magical events. Donning the trappings of power for this outing is first-time director Dave Needham, a veteran animator, story artist and art director who has brought to life beloved characters for Cartoon Network, DreamWorks Animation, Disney and Warner Animation Group.

Needham left the Highlands behind for a bit to tell us more about the big Loud family vacation coming to screens on August 20: 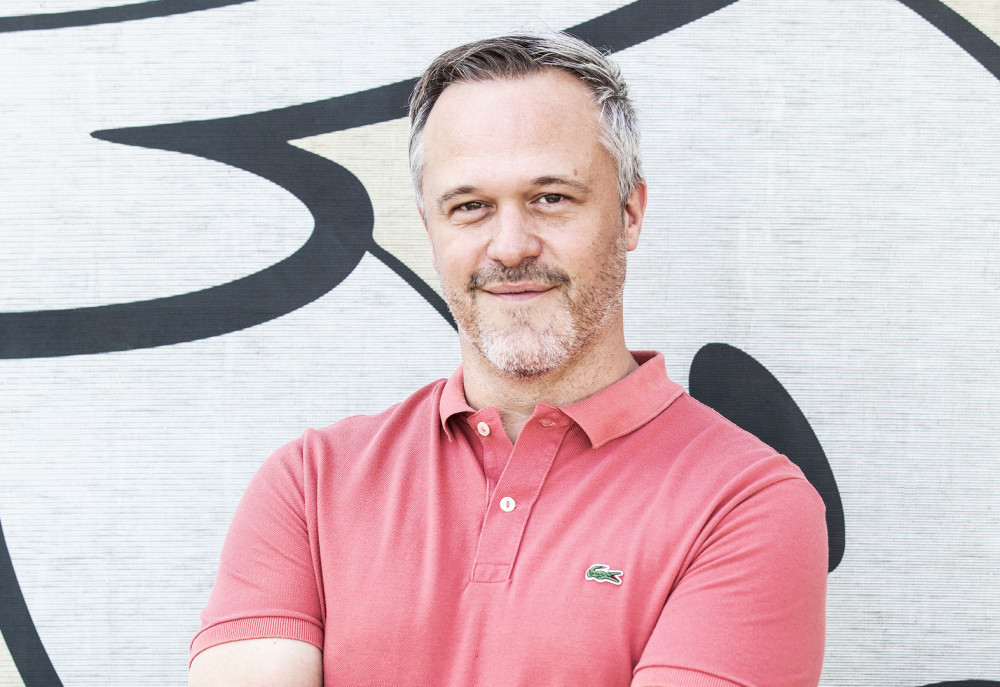 Can you tell us how you got involved with The Loud House Movie?

Dave Needham: I got a call from Ramsey Naito, the Head of Animation at Nickelodeon. We’d worked together on Boss Baby at DreamWorks, and she knew I was interested in directing. She’d recently joined the studio and wanted to make movies as well as TV series. I’d always wanted to work at Nickelodeon, and I’d been a fan of the Loud House with it’s cool aesthetic and great cast of characters since I first saw it. I’m thankful to Ramsey for giving me the opportunity to direct the Loud House Movie, it’s been a fantastic experience!

What do you love about this feature?

I wanted to be respectful of the show, and not change anything that made it special, while at the same time elevating it and making it more cinematic. It’s an ambitious story, and I love that by the third act there’s all this crazy action — but we get there organically, by starting small and allowing the story and the world to grow. I also love that it’s a musical, and getting the chance to work with our fantastic composers Chris Lennertz and Philip White as well as a host of amazing songwriters was a real treat!

What was the hardest part of this project?

I mean, it’s an obvious one, but the global pandemic definitely turned us upside down for a minute. Luckily, our team was already dialed in and we’d had a successful first screening, but the transition to working from home — and gradually realizing we’d probably finish the movie without seeing each other again in person — was difficult. Of course, it also affected our vendor studio, Top Draw in Manila. They suffered different lockdowns at different times and nothing functioned as cohesively as it did before the pandemic. That said, everyone pulled together and we found a way through. It was a huge relief to be able to get back together with some of my team for the color correction back in April after over a year of working remotely. 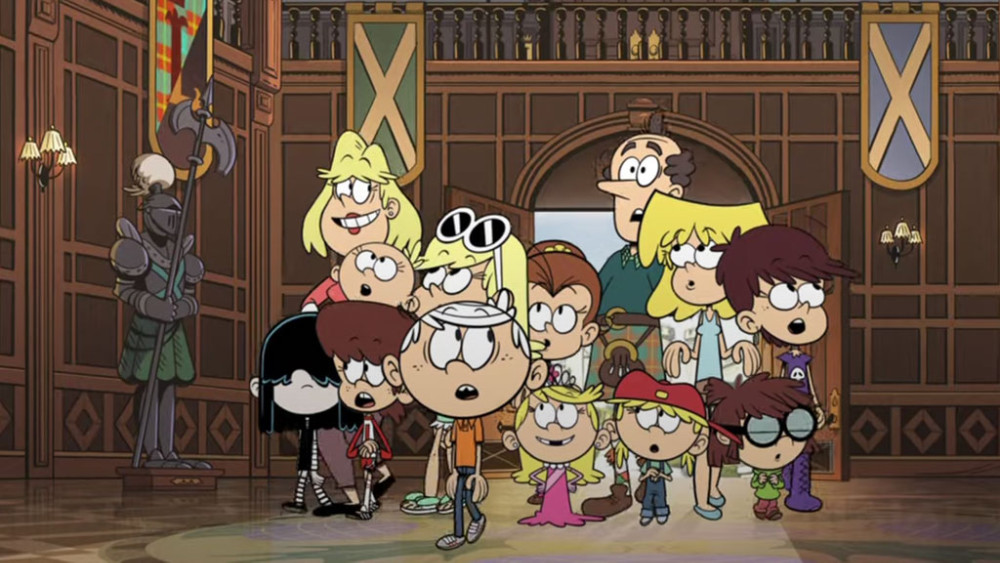 Where are you based these days?

I’m based in L.A. now and have been since 2013. I’ve been exceptionally lucky that my career has allowed me to live in London, Paris and San Francisco along the way. I’m planning on staying here a while longer, but it’s interesting to see that one of the side effects of the pandemic has been that it proves that teams still work even if they’re decentralized. I wouldn’t be surprised if that trend continues and we have crews that are spread across the world on many productions in the future.

Where was the bulk of the animation produced?

It was all produced at Top Draw Animation in Manila, in the Philippines. The studio producing the Loud House series, Jam Filled Entertainment, ruled themselves out of making the movie as they were fully booked. Several studios produced test animations for us, and after a ‘blind viewing’, Top Draw’s test really stood out. Because both the majority of my crew and the vendor studio were new to the franchise, we all had to study the show closely to match the animation of the series. Adding subtle lighting effects, depth of field, cinematic staging and multiplane cameras were all used to achieve a look that was at once familiar but also elevated the movie from that starting point.

Why do you think The Loud House has been so popular over the years?

I think it’s because it’s been allowed to grow. The first season or two focused mostly on Lincoln, but then as time went on each of the sisters have led their own episodes, and it’s always interesting to see what happens when you pair two or three characters up. The world has expanded, too, with the launch of The Casagrandes we see characters appearing in both shows as well as a new location. The movie is a continuation of this, as now their world has expanded to include Scotland, not to mention dragons and ghosts! 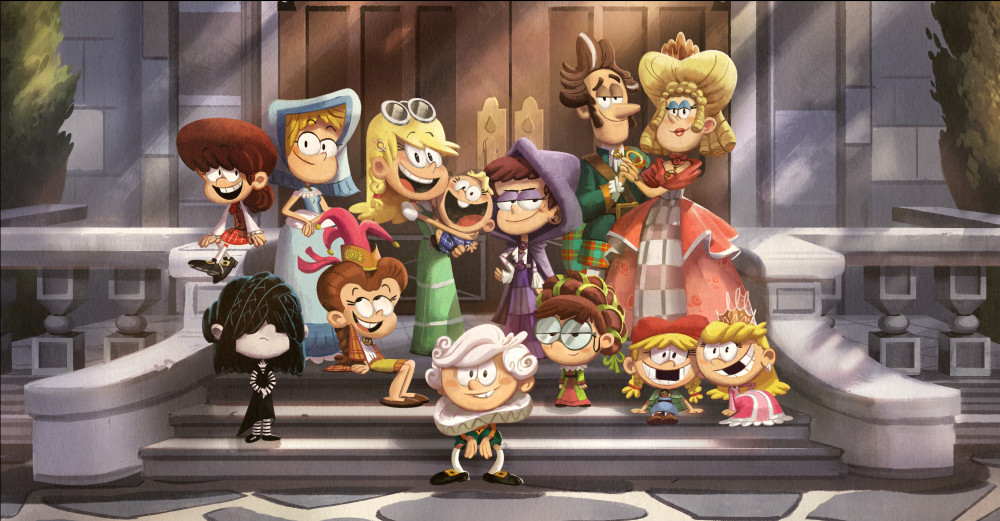 When did you first know that you wanted to work in animation?

I think it was probably about 1980! I was walking past a book shop in Chester, and there was a copy of the Preston Blair Animation book on display outside. My parents bought it for me and I set about copying all the incredible drawings. Years later, when I was at university I made comics with Chris Garbutt (co-creator of Pinky Malinky) and we sent them to people whose work we admired. One of those people was Bill Wray, background artist on Ren & Stimpy as well as a comic artist for MAD Magazine. He pointed out that drawing comics meant a lonely life scribbling away in your room, but working in animation meant being part of a team that had fun all day trying to make each other laugh! That seemed good to me, so I set about trying to get my first job in animation.

You have worked on so many popular shows and movies from Stressed Eric, The Amazing World of Gumball, Penguins of Madagascar, Trolls, The Boss Baby and more. What is your secret for longevity in this business?

Essentially, our job is bringing these characters to life. You have to put yourself in their shoes and try to imagine how they’re feeling. You have to be an actor, a director, a designer and a cameraman all in one. So, there’s always a lot to learn. And that’s the trick: never stop learning. Try and surprise yourself and don’t fall into formulas. I started out as a designer and art director. The first step was always to learn how to draw, then how to draw fast! Then I got into storyboarding. Boarding is like solving a different puzzle every single time. You have to produce so many drawings that you stop caring so much about each drawing. You become less precious — and that was a good lesson for me to learn. Ultimately you’re learning to be a storyteller. All the great drawings in the world can’t change a bad story!

What sets you apart from other people in the animation industry?

I love to collaborate with other artists. I would rather follow a general theme and work with my team to find the story. While it is possible for a director to control every shot and scene, I choose not to. For me, giving people a voice is key to a successful animated project. That, and creating a fun environment where people are invested in what they’re making and empowered to take a few chances. 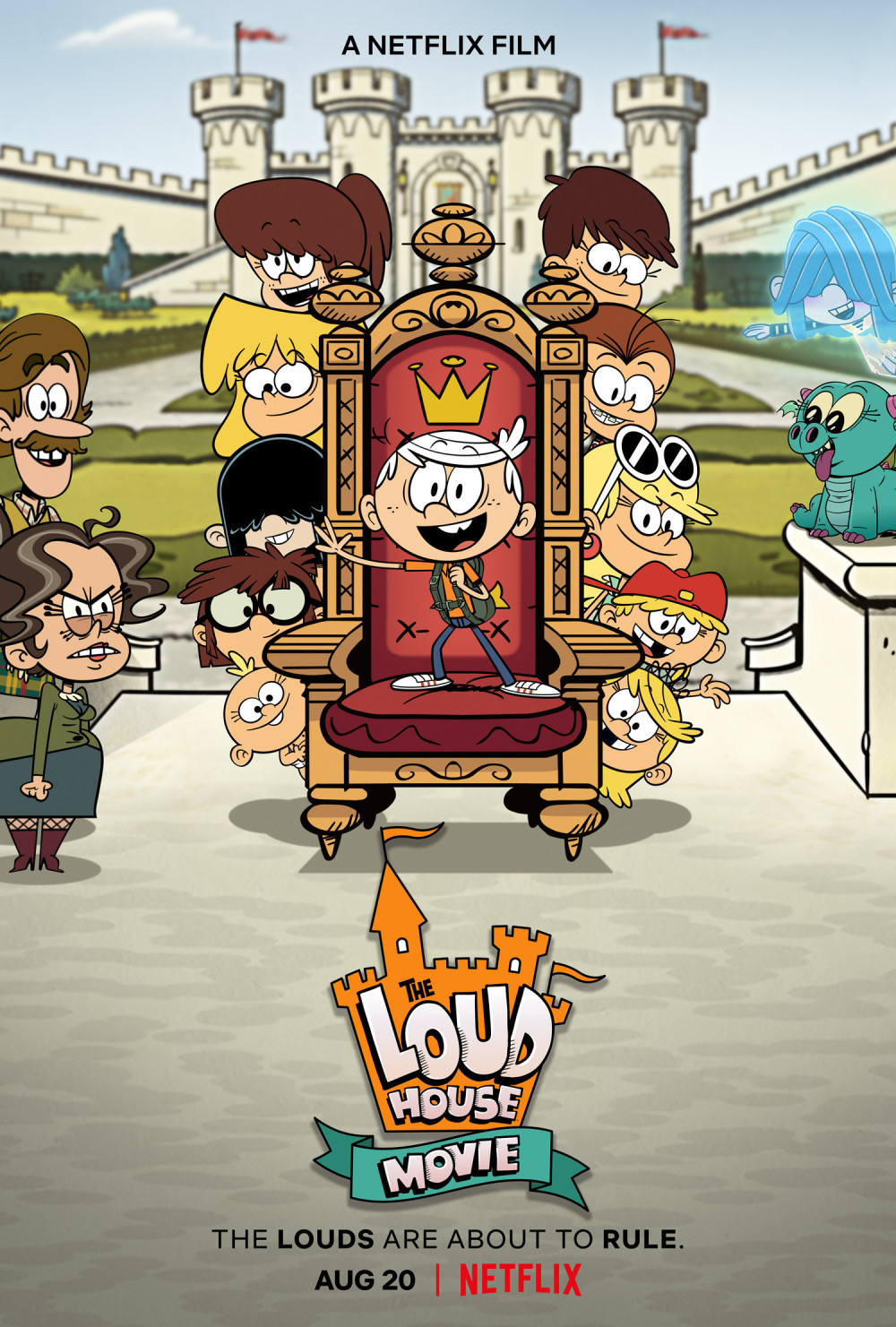 What did you learn about directing an animated feature during your Loud House experience?

For me, as a first-time director but coming from a design and story background, I felt comfortable giving notes on those areas — but there were many new aspects I hadn’t been involved with before. For example, I learned a lot about the music side of a production. Casting was largely new to me, too. In all of those things though, knowing your story is the key. So, whether you’re launching a musical piece or directing David Tennant, they just need to know what is happening in the story, and if you can provide them with that context then the idea starts bouncing around and you’ve created an arena for others to play in.

I also learned that it’s a marathon and not a sprint. Sometimes you have to let things play out for a minute and you don’t always need to jump in on everything. And most importantly, to trust your team!

I always enjoyed classic Tex Avery and Chuck Jones cartoons before I even knew what a director was. I would set the video to record Bugs Bunny and watch them over and over again. As a teenager I thought I wanted to draw comics like Spider-Man or The Maxx, but when Ren & Stimpy came out, all that changed and I fell in love with animation again. Now, I’m a big fan of Phil Lord and Chris Miller’s work. I loved getting the chance to work with amazing directors like Tom McGrath (Boss Baby) and Mike Mitchell (Trolls), but I also love the work of Felix Colgrave and mcbess.

Is there anything else you want to share about the film?

I was always mindful that this movie, being based on an existing Nickelodeon show but premiering on Netflix, meant that I needed to consider two audiences. First, there’s the existing fans, but there’s also going to be a lot of kids who might never have seen the show before who I didn’t want to feel left out. So for this reason, the first sequence in the movie deliberately catches everyone up on who this family is and where they come from. In two minutes you see Mom and Dad meet, fall in love, get married, buy the Loud House, and have 11 kids! There’s a lot of Easter eggs for existing fans in there, too. Netflix released this sequence a couple of weeks ago and put it on YouTube and one of the comments (and definitely my favorite) read, “Now THAT’S how to start a movie!”

The Loud House Movie premieres on Netflix on August 20.