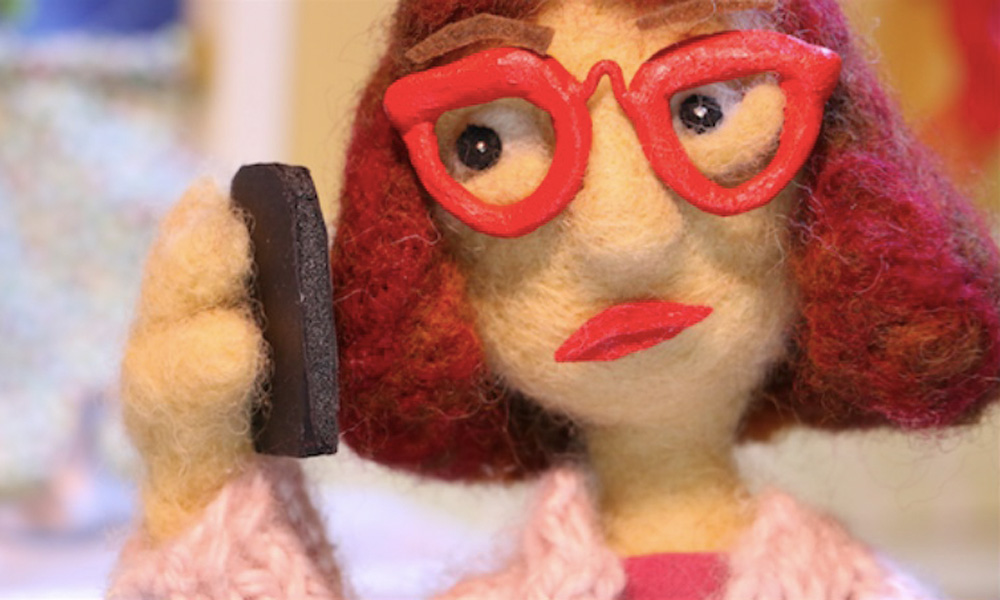 Last week, we had had the chance to chat with Lizzy Hogenson, the talented animation director behind the acclaimed stop-motion short Dani, which centers on a young woman who calls her mother to tell her about her breast cancer diagnosis. Here is our interview with the L.A.-based director:

Animag: Can you tell us a little bit about the origins of your short?
Lizzy Hogenson: The phone call featured in the short is real. The young woman on the call was my roommate at the time she was diagnosed with breast cancer. She recorded the call as part of a podcast and a blog she was doing to help work through the process. When I heard the call, I was so moved by it, I asked her if I could do something with it. At the time, I was still in graduate school and had been experimenting with stop-motion animation and nonfiction storytelling. I shot the short a few months after graduating from USC.

How long did it take to make and how many people worked on it with you?
I did all of the fabricating and animating myself. The entire project took about six months, with the bulk of the work happening in the middle few months. I had an editor to help with the effects cleanup, and a wonderful sound designer. I also worked with a cancer researcher to help make sure the medical aspects were accurate.

What was the ballpark cost?
The entire film was made for under $1,000.

Why did you choose this specific medium for animation?
I think nonfiction and stop motion are complimentary. There’s something about the handmade element of stop motion, coupled with real life, that just really enhance each other. For this particular project, I also spent quite a bit of time thinking about the choice of materials, since I wanted to build a warm and inviting world.

What are some of the most memorable responses have had to your short?
I’ve received so many moving response from survivors, or loved ones of survivors about the film. I think the call sort of hits on this universal experience for those affected by cancer that is hard to describe. The responses have honestly been really overwhelming. I’m just honored that I’ve been able to share this story.

What are you working on now?
I’ve been doing research and interviews for a project on death doulas (and the death industry in general), and a larger more expansive project on Alzheimer’s. I tend to find myself gravitating towards heavier topics for my nonfiction work. My fiction work tends to be comedy.

What would you say was your biggest challenge as you were working on this short?
I spent about three months working for 8 to 12 hours a day alone, in a walk-in closet, so maintaining my sanity and keeping my sight fixed on the end goal was sometimes difficult. There was definitely a part there where I just wanted to scrap the whole thing and give up. But, for better or worse, I always have to finish what I start. Keeping a positive outlook, especially on a project that may not have a clear or immediate audience, can be difficult.

What do you love about working in stop motion animation?
I love that it’s creative problem solving. There are ways you can do things, but for everything you want to do, any movement or expression, you have to figure out how you’re going to do it. I also love that it’s tactile, and what that means for textures and how things move.

When did you know you wanted to get into animation?
I remember when I was five years old, I was watching The Adventures of Ichabod and Mr. Toad and drawing, and I told my parents I wanted to be a Disney animator. I loved to draw, make things and tell stories. But, as is the case for a lot of people, I was told I need to get a real job. I studied history in college, got a master’s degree in archiving right after, but it wasn’t really a good personality fit. I sort of accidentally found my way to Wall Street and worked in marketing for a while, but then it just sort of hit me that I always wanted to do something creative (or more creative than PowerPoint) and that I needed to try. I went to USC for a Master’s in Cinema and Media Studies, since I thought it would be a sort of safe way to transition to the film industry. In my second semester, I signed up for a stop-motion animation class on a whim. And now I’m here.

Who are your favorite animators and works of animation?
Will Vinton is definitely a first love that stoked the fires for my stop-motion passion. Gravity Falls is my all-time favorite show. I’ve watched The SpongeBob Movie more times than I can count. I also think there are so many fantastic indie animators out there, making beautiful things on a smaller scale, and two of my favorites are Annie Wong (@headexplodie) and Emily Ann Hoffman (@emilyanimation). Animation is such an amazing medium because of the endless creative and storytelling possibilities.

What kind of advice can you give people who want to quit their jobs and become animators?
In the words of KISS:
“If you want to be a singer or play guitar
Man, you gotta sweat or you won’t get far
‘Cause it’s never too late to work nine-to-five”
… You’ll never know if you don’t try. The only way to be an animator, or anything creative for that matter, is to make something. It doesn’t have to be good or grand, there’s space for all sorts of stories and styles.

You can find out more about Liz and her animated world at www.lizzyhogenson.com. 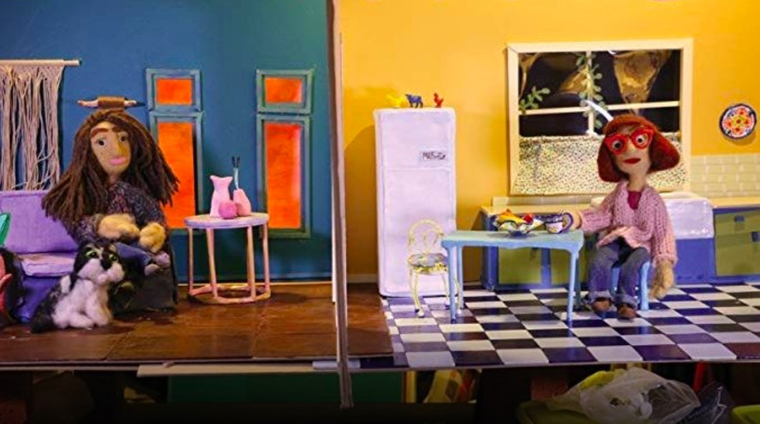 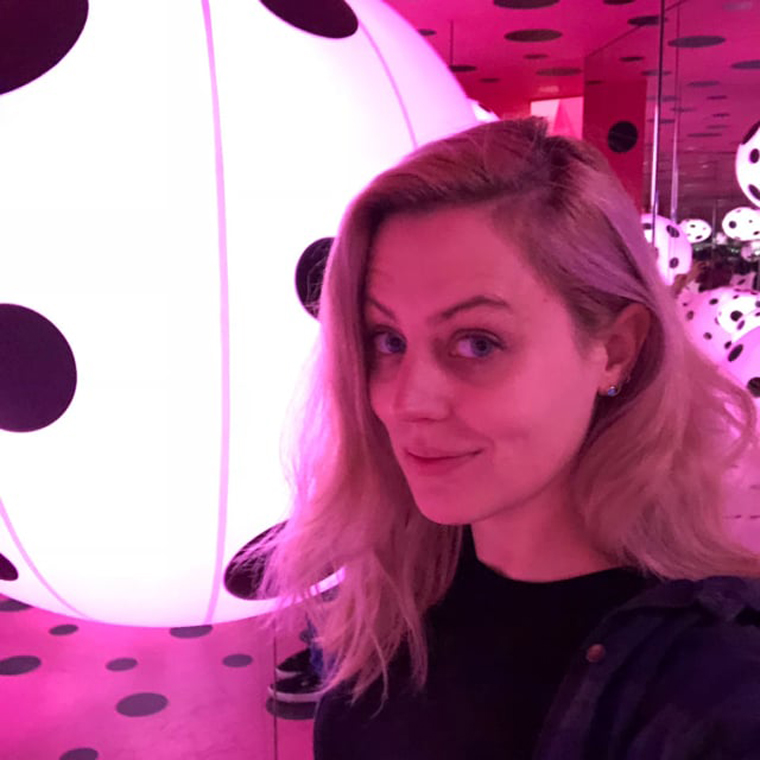 ‘Cats’ Getting Fixed: Universal to Roll Out Version with “Improved VFX”
Factory Toons Up ‘Mimi and the Mountain Dragon’ for a Musical Holiday Special