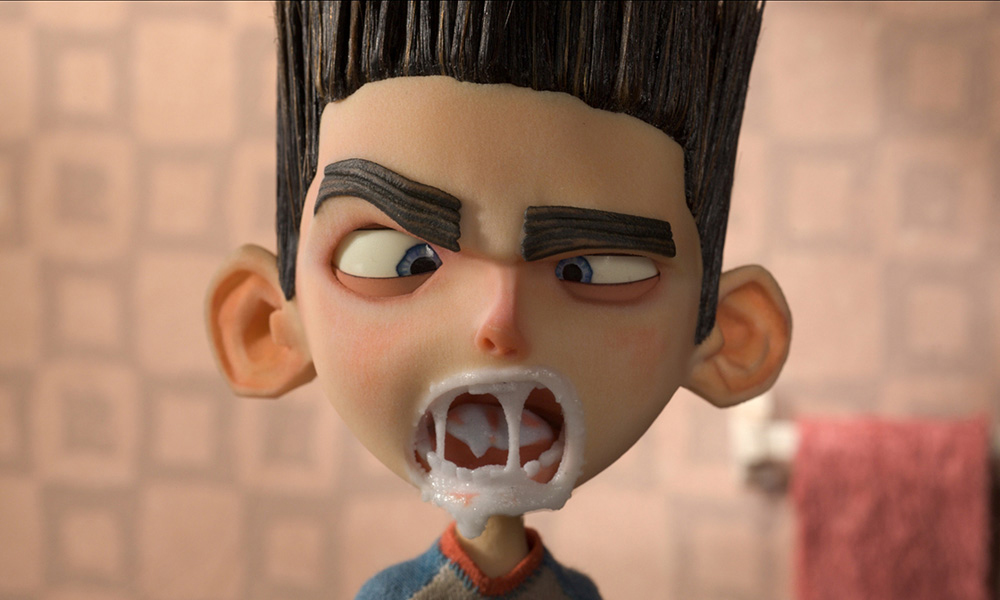 We had the great opportunity to have a quick chat with the amazing Chris Butler, the two-time Oscar-nominated director of stop-motion features ParaNorman and Missing Link, on the occasion of the recent release of the Shout! Factory’s digitally remastered “LAIKA Studios Edition” of the groundbreaking 2012 movie (ParaNorman) on Blu-Ray and DVD, which features special animation test footage, storyboards and behind-the-scenes material. Here is what he told us:

Great to speak to you again, Chris. We were very excited to check out the new remastered version of ParaNorman on DVD and Blu-ray. Can you tell us about what excited you about these new LAIKA/Shout! Factory editions?

Chris Butler: I am very old school, so I am a big fan of Blu-rays in particular. I just like having something that you can hold in your hand and don’t just buy something that exists on a cloud somewhere — and not having to worry about streaming quality. They allow you to see the movie in the best quality possible. Because I come from a storyboard background, being able to see the whole movie in storyboards is a real treat for me. I watched a lot of the animator segments which feature all the different animators talking through their process. So it’s interesting to see that again. It feels like it’s been so long now since I worked on ParaNorman in particular. It feels like a different world. So looking back on it, there’s something quite nostalgic about it. 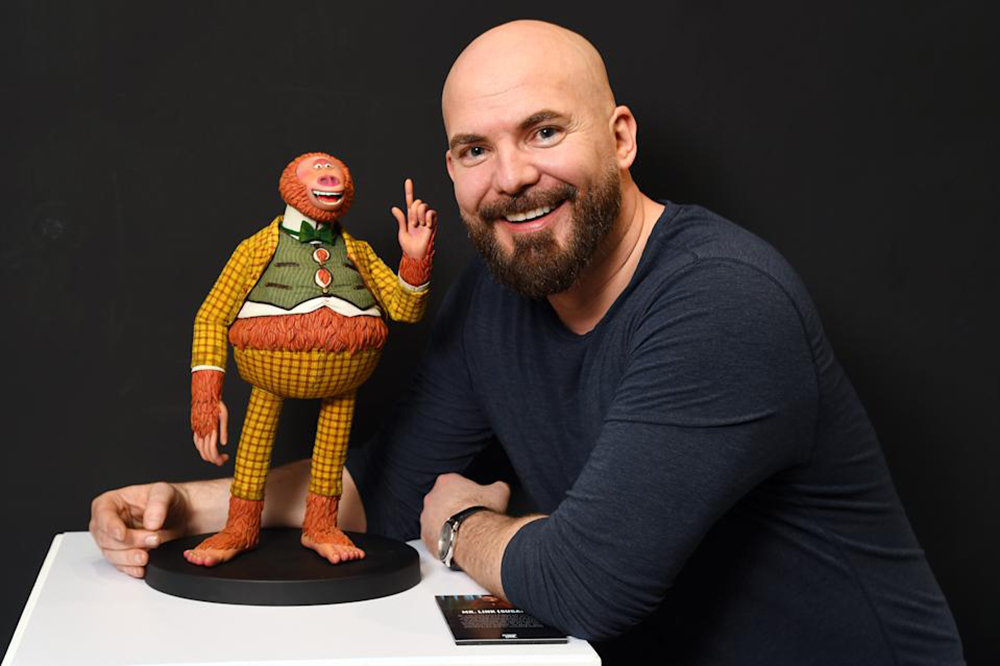 Chris Butler and his main star from The Missing Link

Was there anything there that surprised you or came as a revelation?

It’s interesting, because every time we make one of these movies, we’re really pushing the medium forward. We always try to view stop-motion as something that can evolve just as much as any other medium. So we’re always trying to use the latest technology and innovations and try and push it forward. So it’s interesting to see the first use of the 3D printer on Coraline, which were done in black and white — some poor souls had to individually paint all the faces. I had forgotten how much pain we put people through. And then, of course, we were able to use color for ParaNorman. You kind of forget how much we were able to push things forward only in the last 15 years.

Have you had any feedback from fans about these new digitally remastered releases?

I am a bit of a dinosaur and I’m not on any kind of social media. But from what I can gather, people are loving it. Whenever I do, like, a publicity thing, you get to meet people who look for these special editions and bonus features and live for this stuff. It all kind of takes me back because when I was younger, I used to live for this stuff as well. I would have killed for seeing movies in storyboard form. So it makes me pretty proud knowing that we’re putting out good quality stuff out there for the fans.

We know that you are working on the new LAIKA project, the studio’s sixth feature Wildwood, which is based on the bestselling novel by the Decemberists frontman Colin Meloy. I know you can’t reveal much about it right now, but can you tell us anything more?

Obviously, everyone knows that I worked on the script for Wildwood, and from what little I’ve seen, it’s going to be absolutely stunning. It’s  jaw dropping. So I’m very excited about it because, you know, because of COVID and the studio, I can only see this stuff very sporadically. So, it’s like a little treat for me. Regarding the other projects I’m working on, I have to be tight-lipped. Otherwise I’ll be told off!

Can you talk about how seeing early storyboards and how artists visualize movies can serve as great inspiration for students?

You know, that’s where I started. It was my passion for storyboarding that got me into directing in the first place. So I think anyone who is a student of film or animation to be able to see how we visualize these movies before we shoot them is such a great tool. They also offer a great insight into a director’s vision. The reason that I got into stop-motion in the first place was because as a story artist, if you were lacking inspiration, you could wander onto your set and actually see everything and visualize where your camera was going to go. Additionally, working on a stop-motion movie, you can wander around and see the puppet workshop. You see people actually making these things, and that is really inspiring, So whenever you can see how these puppets and sets are put together, it’s something a little bit magical.

What about your own DVD/Blu-Ray collection — what are some of your prized items?

I have probably 3,000 to 4,000 DVDs and Blu-rays. Last year, I decided that enough was enough and I have to get into the next century, sort some stuff out and throw some things out and make some digital copies of things… But I still kept a lot. One of my favorites that was pretty tricky to get a hold of was a DVD of Ladislas Staravich’s Tale of the Fox (1937). It’s still very impressive today, almost a hundred years later. There are certain things that I will never get rid of, like my Alfred Hitchcock collection. I will always keep those.

What is your take on the animation scene in 2021?

I’m continually excited by the way things are going. I think what streaming has done has enabled more diversity of content. Yeah, and that’s something that anyone who works in animation as a creator is something that we’ve always wanted. You know I grew up loving, just worshiping Disney, but that shouldn’t be all that there is. I love the fact that you can now see animation that looks so different from each other. You have all these animated movies and shows that explore different genres. I got into the industry in the late ’90s to early 2000s. You know, it’s mind blowing how things have changed in such a short time. We’re at this stage now where there is so much content out there and the quality is amazing. So, I am constantly playing catch up. It’s hard to keep up with everything. 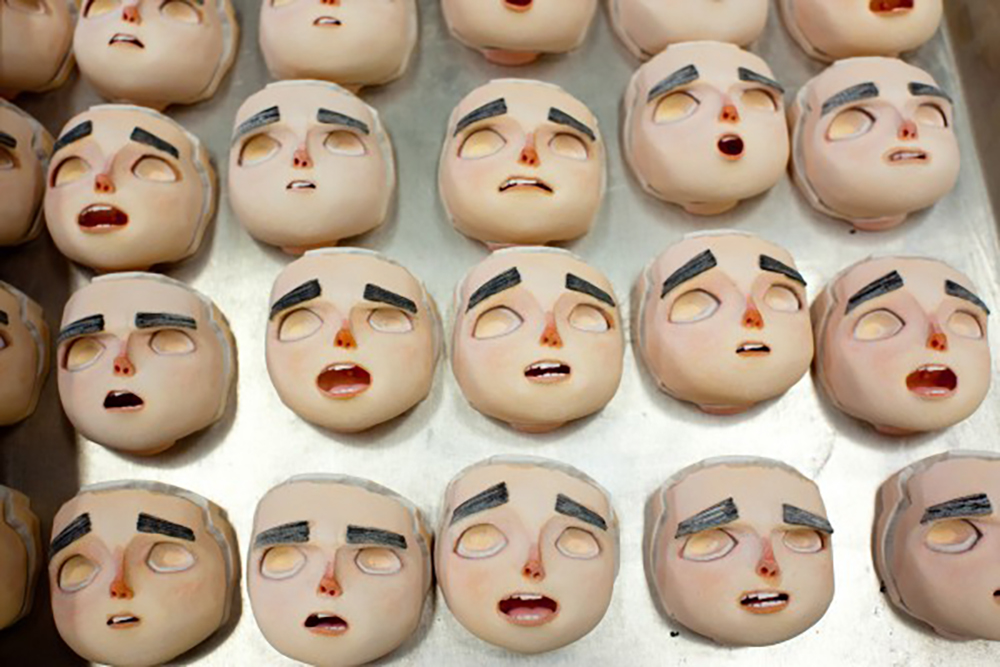 Which animated movie or TV show made a big impact on you when you were younger?

Back in the old times, the only way that you could see a Disney movie was when it came to the cinema — this is before DVDs and videos. The studio used to re-release their classics every seven years. I remember when I was at a tender young age, I caught The Rescuers and I immediately went home and began drawing the characters. Another one was 101 Dalmatians, in terms of the style of the movie. It turned on a switch in my mind: That’s what you could do with design and color and shape? That was probably the one that kind of really set me off on the animation. It obviously had a profound effect on me. I believe I was about five or six years old when I told my mom that that was what I was going to do.

Final questions for you: What is the best advice you ever got about getting into the animation business?

Actually, it’s not specific to animation, but it is specific to art. I was doing an art foundation course; I was maybe 18 or 19 years old. This is back when I was in Liverpool. We had a tutor who said there are three rules to do a good painting or a drawing:  They are composition, composition and composition. That kind of stuck with me, because he was such a hard tutor. He would rip your work to pieces, but it was good. From that point on, every time that I put pencil to paper, whether it was a storyboarding a short or designing a character, it’s all about where are you placing these lines? How do they fit together? How did they fit in the frame? Because if you think of a scene in a movie as a painting, that’s where it all comes from.

ParaNorman fans can order the September 2012 issue of Animation Magazine in our shop, which features the LAIKA film as our cover story for the month. 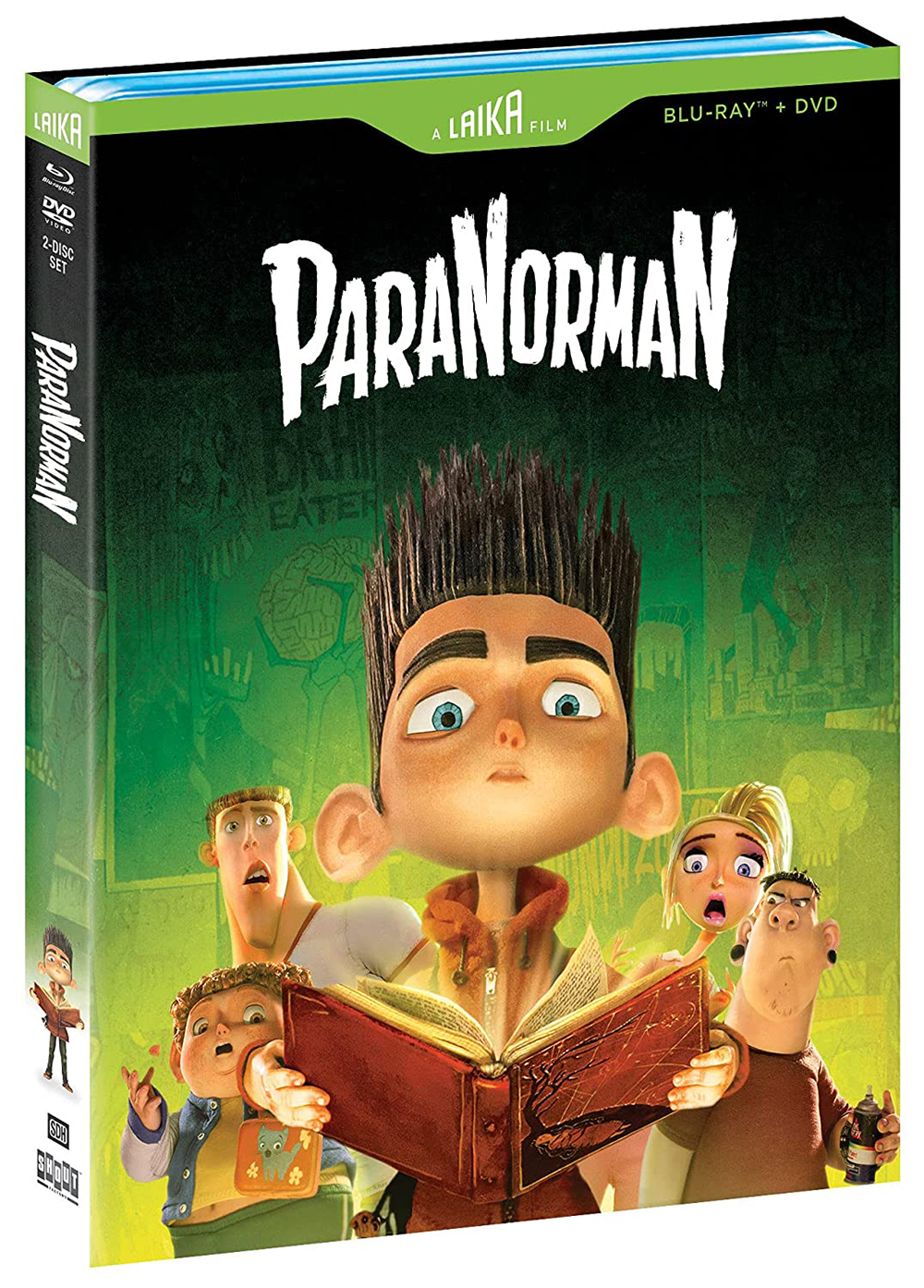