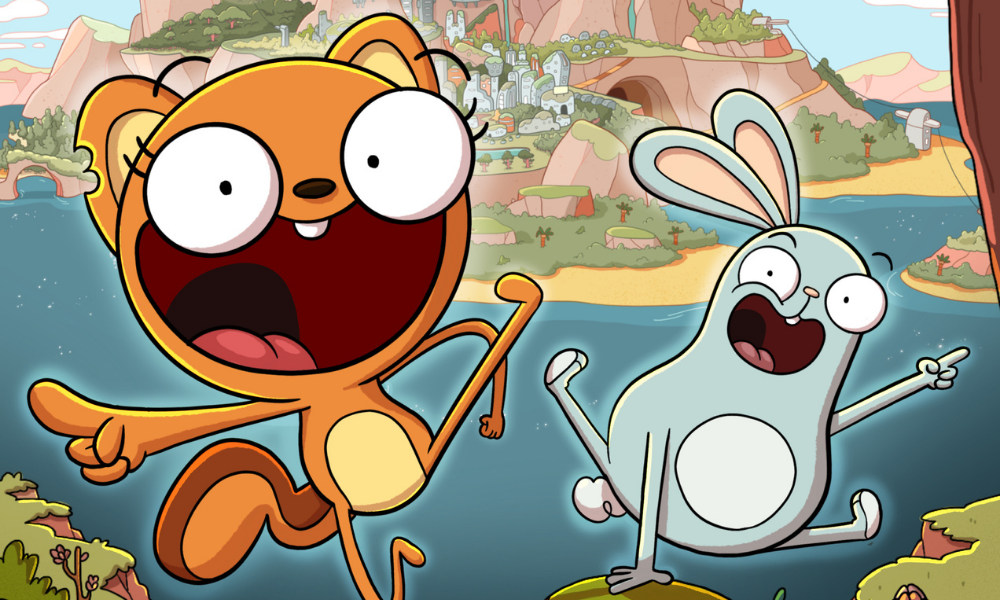 South African creators and executive producers, Lucy Heavens (Space Chickens in Space) and Nic Smal (Caillou) are behind Disney Television Animation’s upcoming animated buddy-comedy, Kiff, which follows an optimistic squirrel whose best intentions often lead to complete chaos, and her best friend, a sweet and mellow bunny, and was inspired by the people and places the creators experienced growing up in Cape Town. We had a chance to speak with this talented duo during a recent interview:

Can you tell us a little bit about the development history of your new show?

Lucy Heavens: We both always dreamed of having our own show, but it also seemed kind of outlandish and impossible for such a thing to happen to a pair of self-taught South Africans. It wasn’t that long ago that we just had no idea how to pitch a show — to who, where? It was always something reserved for people far away, over there in the U.S.A. But when we met, we were both so desperate for a creative outlet, that working on the idea was wonderful whether it got picked up for development or not. It was its own reward.

Nic Smal: When the series was optioned by Disney (only five short months after we created it) no one was more surprised than us! Development can always be a long road, so we really appreciated the fact that we each had a co-creator to walk that road with, and we poured ourselves into a pilot animatic and animation test. It has been, and continues to be so, so fun!
Throughout the process we have found a very collaborative way to work, and the voice of the show really comes alive when we are working together. We have always enjoyed feeding into each other’s primary disciplines in a really productive way. Lucy is a writer who’s an art person.

Lucy: And Nic is an artist (and comedian and musician!) who’s really great at story. 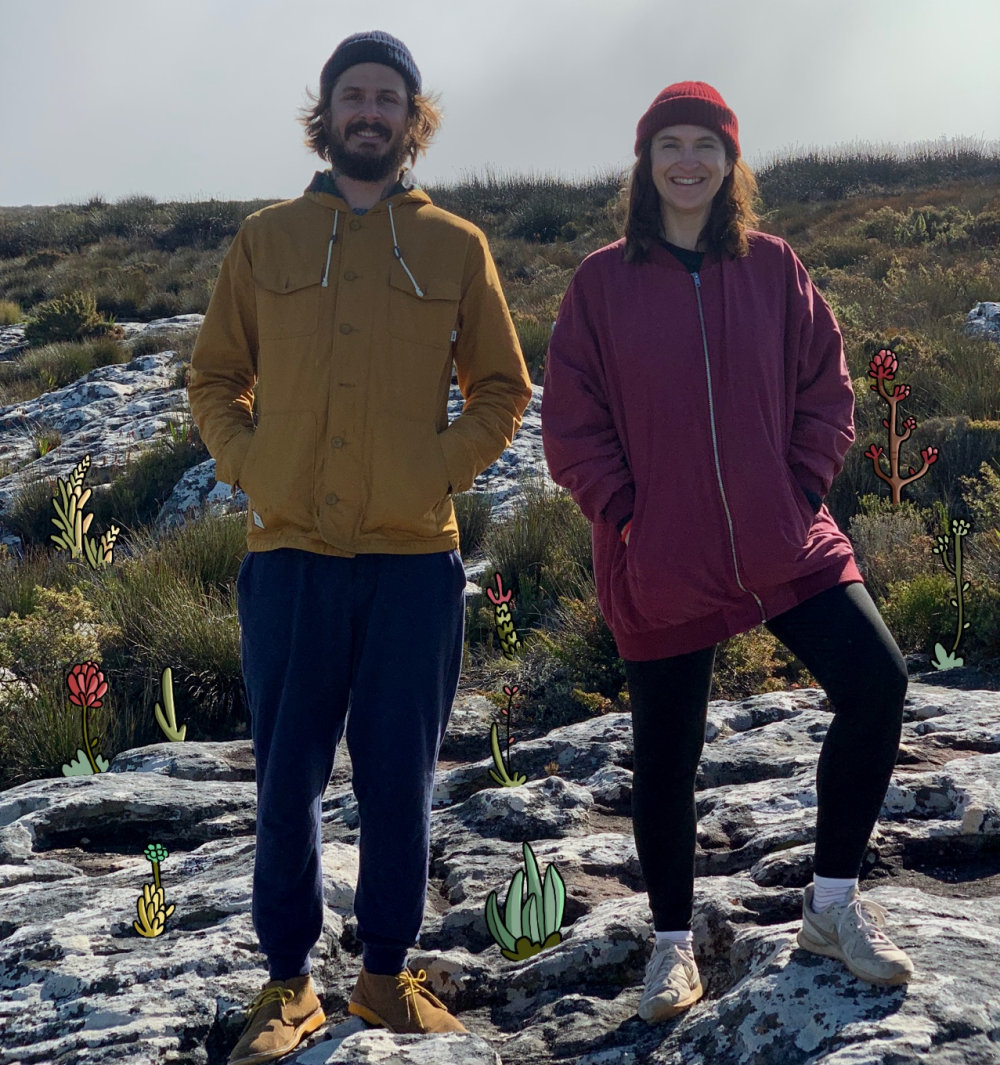 When did you two begin working together?

Nic: We met at an animation studio in Cape Town in 2017 and quickly realized we spoke the same comedy language. We have quite different sensibilities, but a very similar sense of humor. There aren’t really any opportunities to work on this kind of comedy in South Africa (as yet!), so we just decided to create a series that would be the most free, fun world for us to sink our teeth into in terms of story and comedy — and just enjoy that process.

What was the inspiration for the show?

Lucy: We really wanted to create a world and a tone that was very free to tell all kinds of stories about being a human; friendships, family, society, frustrations, joys! Ultimately we wanted it to be extremely universal and relatable, filled with rich, flawed characters where we can explore human nature (with talking animals, obviously)! So really the inspiration was: What’s the most perfect vehicle for us to tell endless, and (hopefully) very funny stories? Kiff is the result.

Where is the animation being produced and how many people are working on it?

Nic: Titmouse is the wonderful and amazing studio producing the show.

Lucy: We have a number of team members in both L.A. and New York. 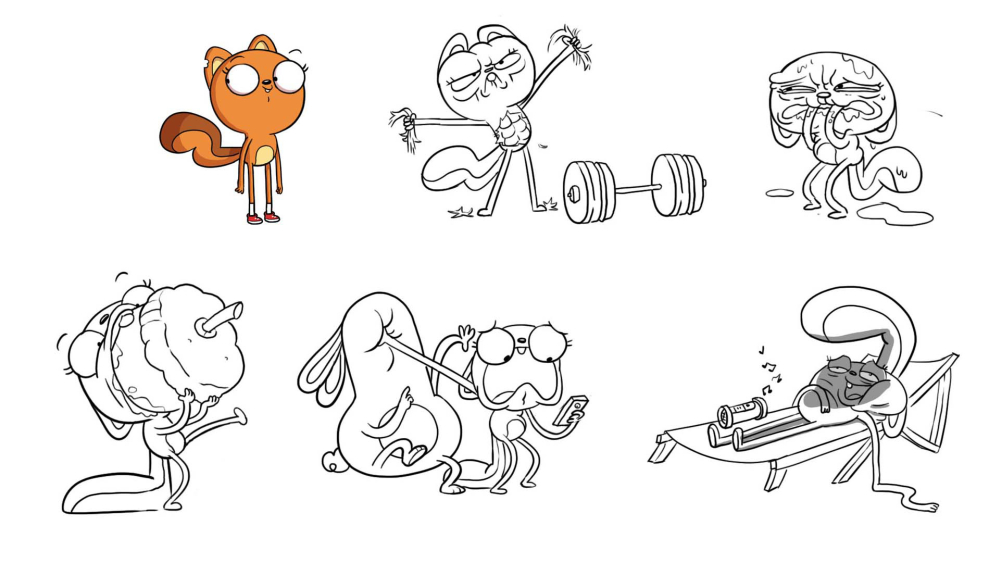 Which animation tools are being used by the studio?

Nic: Toon Boom, Storyboard Pro etc. The show uses a hybrid Toon Boom Harmony and hand-drawn animation style, so we can be efficient but also have those sublime, unique moments by pushing key poses and expressions.

Tell us what you love about this show!

Lucy: Every aspect of the show is a joy and a pleasure. Visually, we have poured our love of nature and the natural world surrounding Cape Town into the geography and design. Tonally, it’s a very free space for all kinds of stories to be told. Musically, it is so fun to write songs and play with every musical genre imaginable, and in a way that doesn’t speak down to kids (we write the songs together but Nic is the really accomplished musician). And of course our characters are hilarious to us. We sort of see them as different parts of the human psyche; the lust for life, the sensitive and vulnerable parts of ourselves, the self-centered, ego-driven parts of ourselves — they are all represented, and intersect in interesting ways.

What is your biggest challenge right now?

Nic: Working across three time zones isn’t the most sustainable way to work as showrunners. We’re based in Cape Town and production is happening between L.A. and New York. It is such a collaborative medium; there aren’t enough meeting hours in the day. 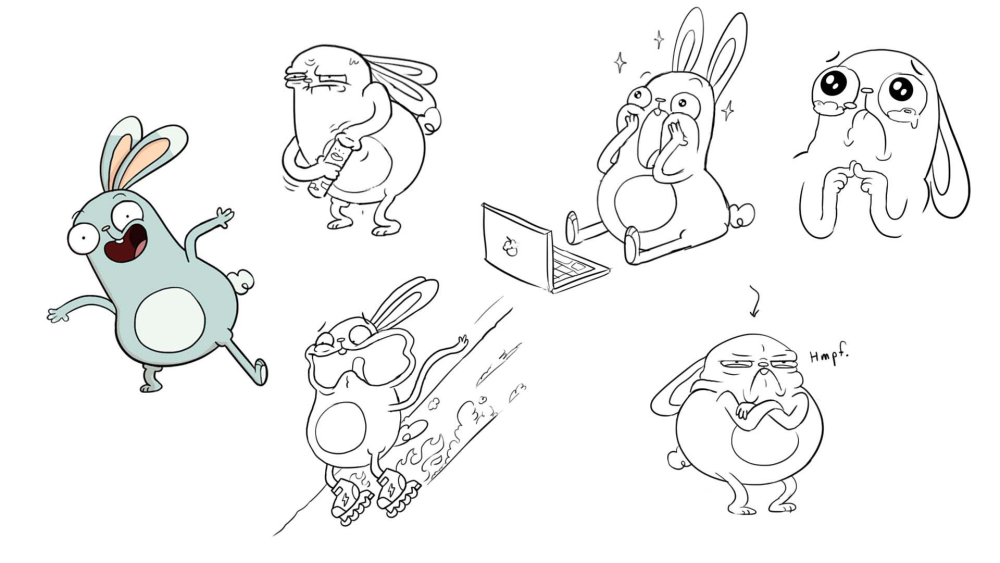 What is your take on the global animation scene in 2021?

Lucy: We’ve never been in a more rad time for animation; important, real, existential, funny, rich and beautiful shows for all ages are coming out. There also seems to be a breakdown of the more rigid genres and age groups that you had to target previously, and an understanding that the right audience will be able to find your show on streaming platforms.

Nic: It’s also a time where big broadcasters are taking risks on outsiders like ourselves — thank goodness (and Disney) for that.

Who are your biggest animation heroes/influences?

Lucy: We’re millennials, so we communicate solely via Simpsons references. But we’re also children of 1990s Disney films,  TV and (not animation but) Monty Python as well.

What kind of advice can you offer animation newbies who dream about creating their own show?

Nic: Persistence is the lesson of our lives. Don’t wait for other people to create opportunities for you — just make, create, do!

Lucy: Development is a long road, so make sure you’re making a show that you really want to watch.

Kiff is slated to premiere on Disney Channel in 2023. 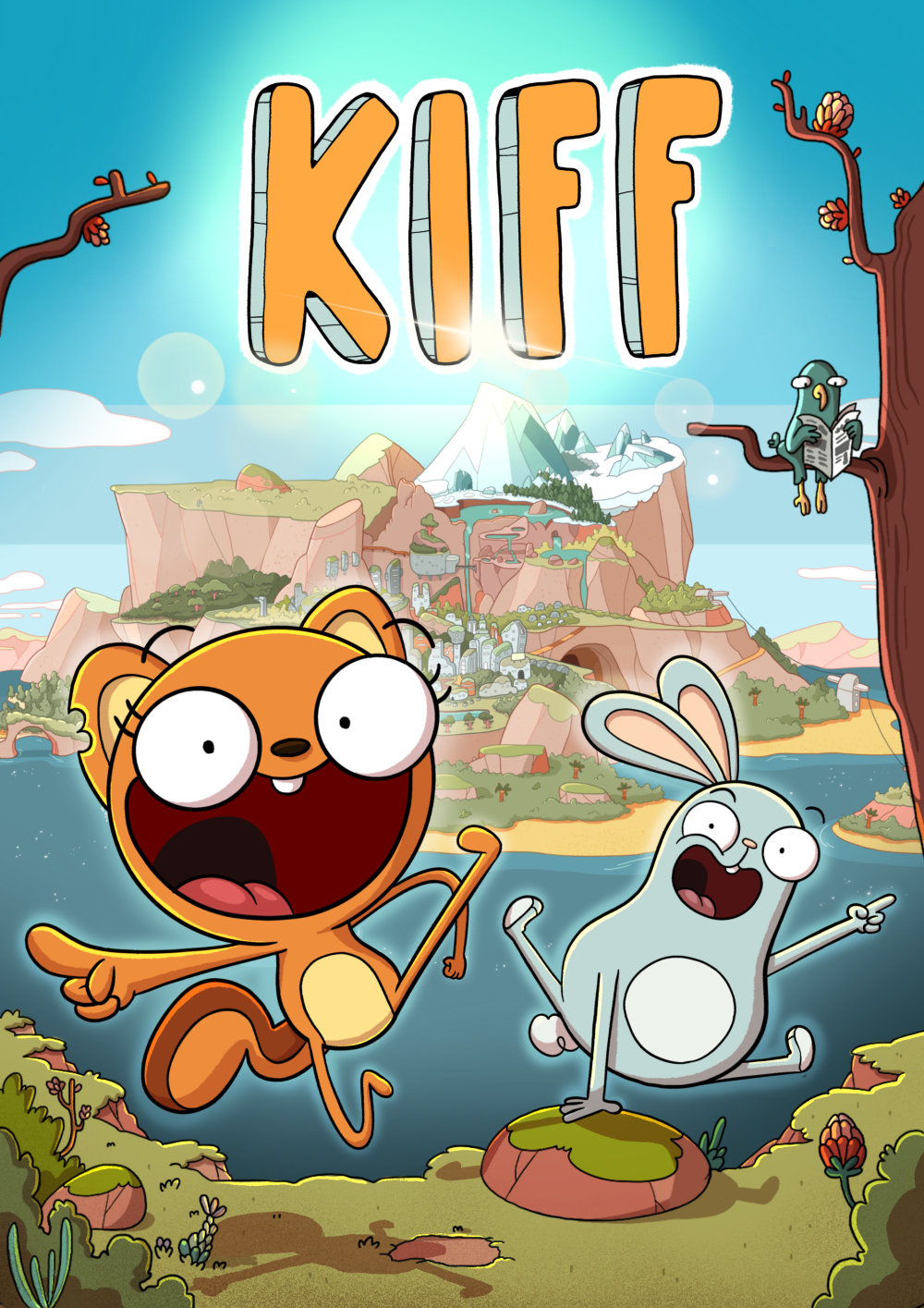