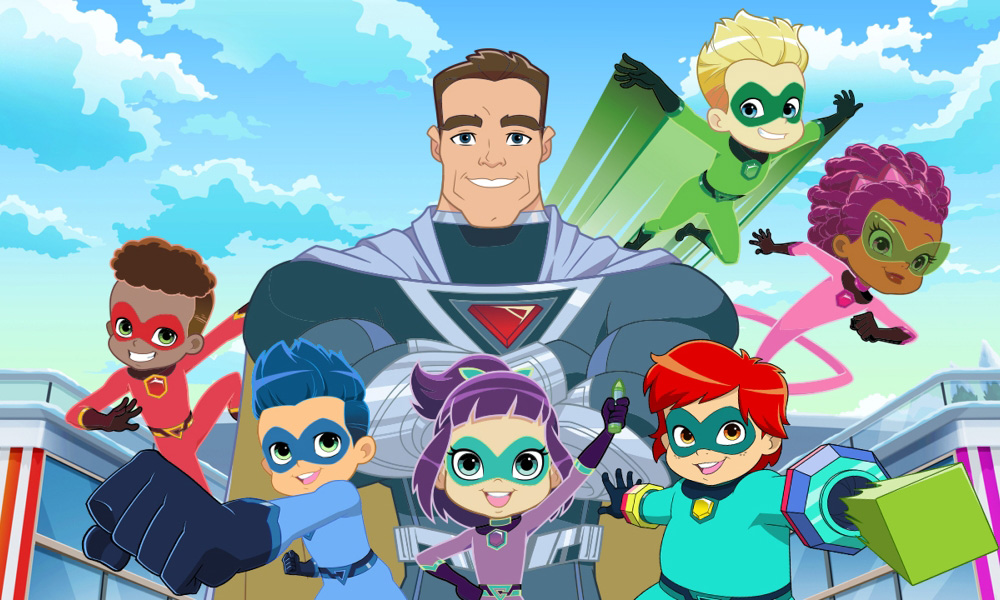 Animation Magazine caught up with David A. Neuman, Chief Creative Officer for Kartoon Channel!, to get an elementary introduction to the world of Stan Lee’s Superhero Kindergarten: 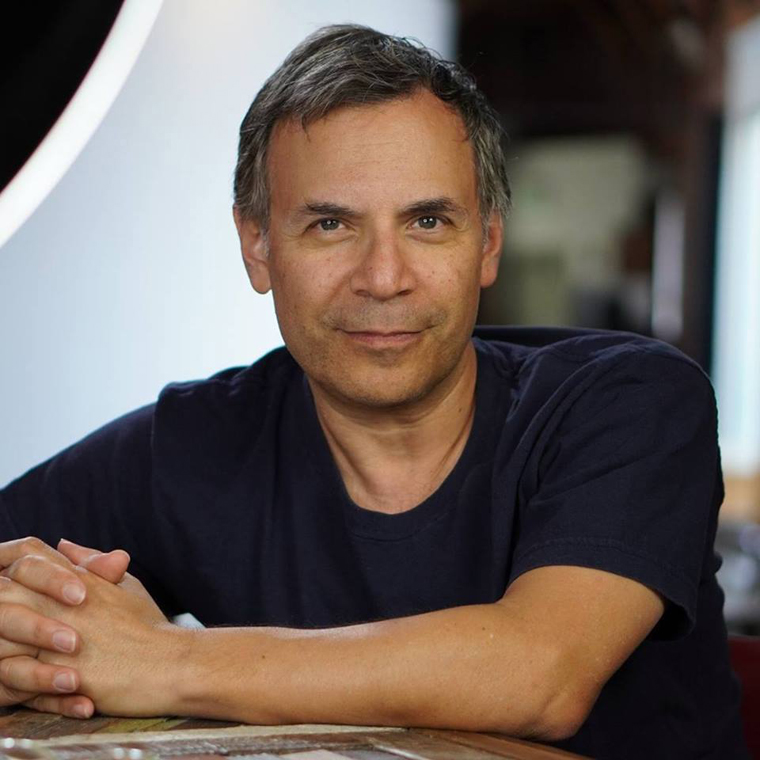 Can you tell us when you got involved with the animated show?

David Neuman: I have been a friend and informal advisor to Andy Heyward, Genius Brands’ CEO, for over a decade. Early in 2020, Andy asked me to read the pilot script for SLSK, without telling me what he thought about it. I read it and told him the script was brilliant, so fresh and funny and well written, and I have read thousands of pilot scripts in my career. It stood out as something quite special. Some time later, Andy asked me to join the company’s Kartoon Channel! as Chief Creative Officer, and asked me to oversee SLSK for the company. I started when the script came in for episode 2 in August of last year.

What do you love about the series?

I think the writing by Steven Banks is really exceptional. It operates on two levels, much like The Simpsons or SpongeBob … there are really two concurrent experiences happening, one that is delightfully sweet and accessible and funny for kids, and another that is quite witty and full of sophisticated comedic references for adults. The series breaks the fourth wall quite often, which is especially fun. It reminds me, in the best sense, of the sort of wit found in the classic Warner Bros. cartoons.

I also love Arnold Schwarzenegger, and how Steven Banks has written his character(s), Mr. Armstrong and his former superhero alter ego, Captain Fantastic. It is just impossible not to love Arnold’s character, and how he relates — often with exasperation — to the kids. You have this iconic, powerful persona whom we associate with the Terminator and Conan, and he has finally met his match: five-year olds. Anyone who has spent much time with five-year olds can relate. It’s a perfect comedic premise.

Can you talk about the visual style of the show?

Mike Maliani, who oversees all animation at Genius, chose to do the project in Flash, because of the number of locations, props, incidental characters and quick scene cuts. Flash works very well creatively for all of that. Aesthetically, to me it is reminiscent (in the best sense) of classic Hanna-Barbera. I was a big Harvey Comics fan as a kid, and there are echoes of that style in the series, too, especially with the kid characters.

Where is the animation produced and how many people work on it overall?

The animation is being done in China, and there are about 150 people there at work on it. The project is creatively overseen here in the U.S. by Genius Brand’s animation visionary and Chief Creative Officer, Mike Maliani, from his office in Washington State, and our crackerjack production manager, Heather Knott, who is in Florida.

Tell us a bit about the process of working with two icons — Arnold Schwarzenegger and Stan Lee — on this show.

Although I had the pleasure and honor of meeting Stan Lee on many occasions since 1998 (I first met him at a party with the X-Men cast and crew), I was not involved with Stan when he developed SLSK. But Andy has shared details publicly about how it came about it, as has Arnold.

This was Stan’s last idea before he passed away, Stan loved Arnold, and Stan and Arnold met to discuss and develop the idea. As a company, we now are the custodians of the Stan Lee brand, so it is a pleasure and an honor for us to see this last, wonderful idea through to fruition.

With regard to Arnold, it has been a special pleasure for me to be present (via Zoom, for COVID protocols) at every single voice recording for his character in the series. Arnold is an impeccably gracious professional. He’s friendly but also very focused. He applies total concentration and has high standards for himself.

There was a telling moment once where Arnold recorded a few takes of a line of copy that the team was struggling to get right. Finally, the director, the legendary John Landis, said after a take that that was good enough, and suggested they move on. Arnold shook his head and said, “‘Good enough’ is not what got me to where I am … let’s do it again.” He said it very politely but very firmly. And then Arnold went on to do it better, much to Landis’ delight. That taught me so much about Arnold. Like a lot of extremely successful people, he’s always pursuing excellence.

Another thing I love about Arnold is that he has a sense of humor about himself, and a sense of self-awareness. The scripts are filled with self-effacing and very funny references to his film career and his iconic celebrity status. He is perfectly happy to send up himself for a good laugh.

Lastly, Steven Banks has a lot of running humor about Arnold’s Austrian heritage. There are so many references to humorous things about Austrian culture: the foods, the clothes, the holiday traditions, the cultural legends, etc. It’s fresh territory and it’s quite funny, and there is the additional advantage that if Steven wants to write a reference to, say, vanillekipferl cookies, Arnold can say it in perfect German!

Why do you think family audiences will love this show?

There are some shows out there that kids love, but that are nails on a blackboard to parents. And then there are some these days that are really written for adults and are in fact inappropriate for kids. I think SLSK is delightful to both audiences. It plays beautifully as a very fun, funny, adventurous show for young kids, and there is a level of wit and sophisticated humor and brilliant comedy for parents. Steven Banks wrote every episode, and his writing is superb. There are big laughs in this show. Really hip and terribly funny pop culture references, very Simpsons-esque in that sense. It might be the most fun I’ve ever had covering a series, because reading every script draft was pure pleasure. (Andy Heyward, our CEO, told me the same thing.) The only problem was I tend to read scripts on my desktop Mac and more than once I did spit-takes with the coffee or tea I was drinking. Steven’s writing can catch you off guard, and then it’s a big mess of spit up liquid on my desk and electronics! As a result, I once told Steven that his scripts are actually dangerously funny.

What are some of the other exciting animated highlights we can look forward to on Kartoon Channel!?

Well, Joel Cohen — one of the writers of the original Toy Story — has written the bible and is at work on the pilot script for Shaq’s Garage. The material we’ve already received surpassed our highest hopes. Joe has such a sense of character, and what he calls the “Freuds” underneath them, that drive animated characters and give them their humanity. Joel is obviously a major talent and it’s been so much fun to read his work. He’s a writer with a special kind of vision, and heart. It was immediately apparent to me, reading his first pages, that the sensibility of Toy Story is deep inside of him. We have a couple of other exciting projects which we have not yet announced. Stay tuned!