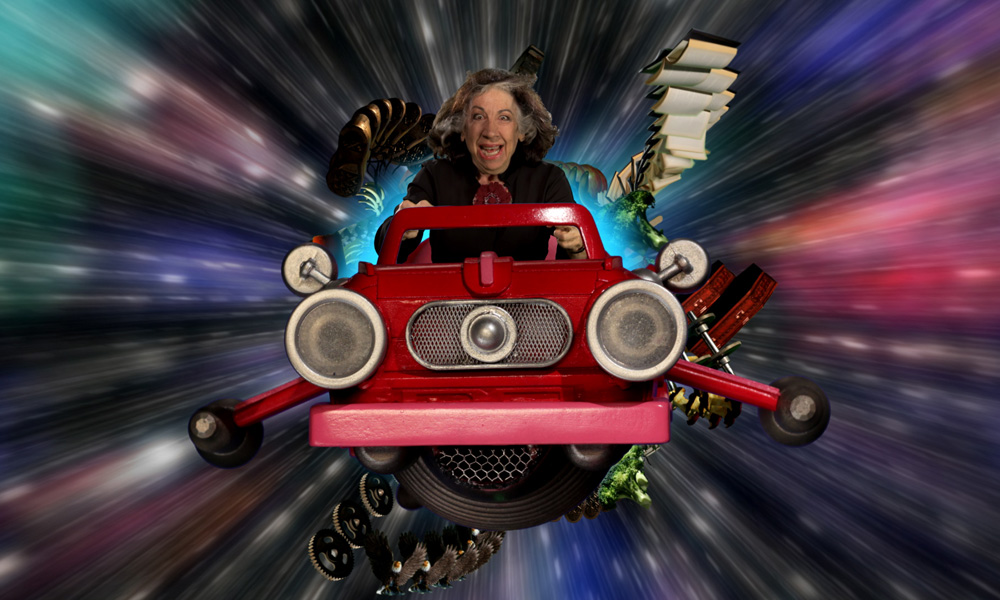 The just-released movie Emily @ the Edge of Chaos is a wonderful film that interweaves a live performance by the late TV writer and performer Emily Levine as she discusses older scientific views of the universe and our changing visions of the future, while personally living with a tumor in her pituitary gland. The lively and poignant movie features animation by Stephen and Edward Chiodo (Team America: World Police, Killer Klowns from Outer Space, Elf, Alien Xmas) and the voice talent of John Lithgow as Isaac Newton, Lily Tomlin as Ayn Rand, Leonard Nimoy as Sigmund Freud, Richard Lewis as Aristotle and Matt Groening as Aldo Leopold, among others. The film was produced and directed by Wendy Apple who passed away in 2017; Levine followed in 2019.

We caught up with the Chiodo brothers to find out more about the wonderful work they did on the movie: 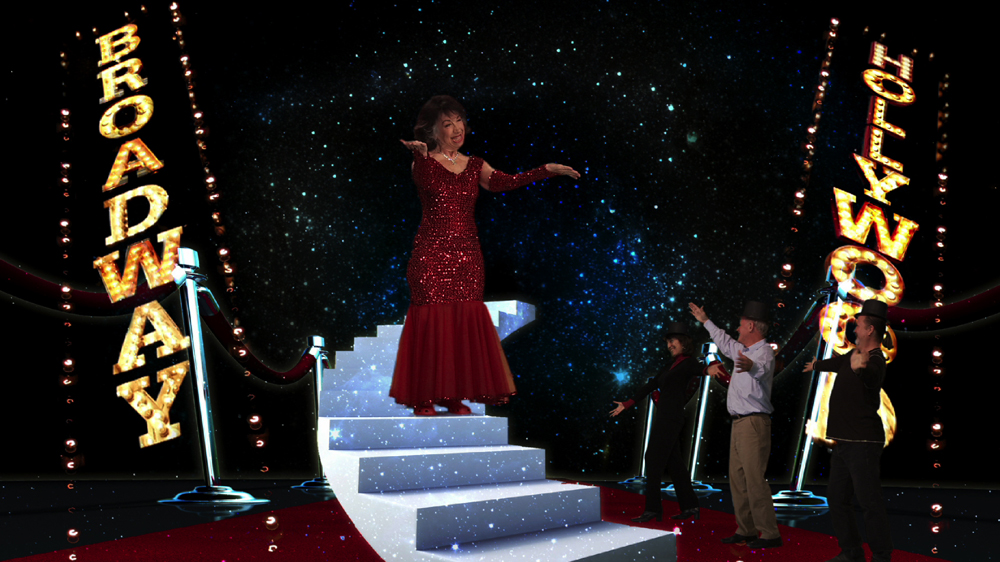 Animation Magazine: Congrats on the amazing work you did on Emily @ the Edge of Chaos. Can you tell us how you got involved with this project?

Stephen & Edward Chiodo: We were contacted by Wendy Apple in 2010 to create stage backgrounds and character animation for Emily’s stage show. We viewed a rough cut of the stage show and discussed her vision for the graphics and animations. We understood what they were going for and decided to jump in head first with them.

How closely did you work with the director Wendy Apple and Emily Levine to imagine the visuals required for the animation?

We worked very closely with both Wendy and Emily on design and performances of all the elements. They both had very strong views on how they wanted the animated elements to interact with Emily’s performance. That said, they gave us and the animator, Jeffrey Shroyer, great latitude with the interpretation of the action. Jeffrey created many concepts and variations for the team to review. Once approved, Jeffrey just went for it. 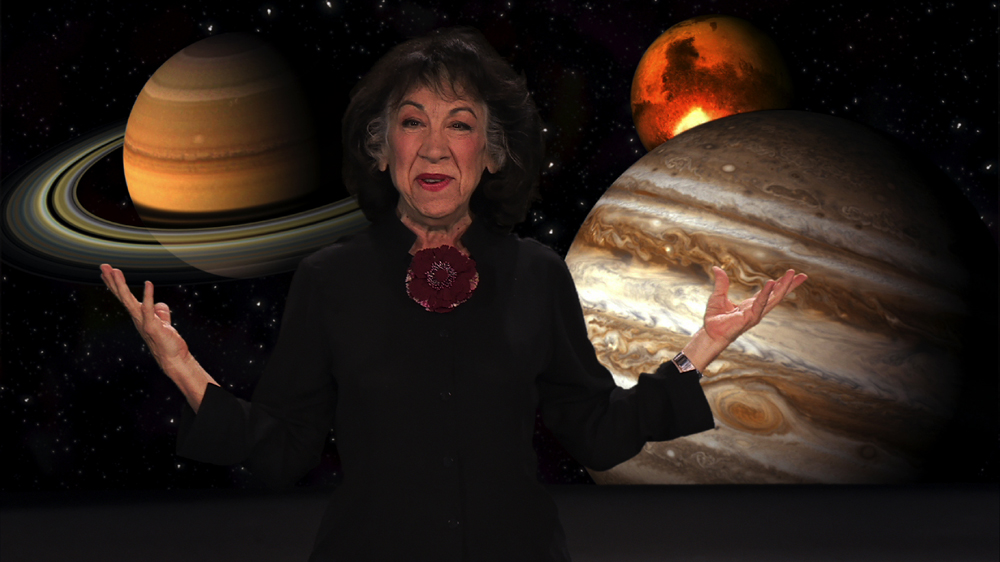 Overall, how many minutes of animation did you have to produce? How many people worked on the animation team?

Even after all these years, we’ve never calculated the running time of all the animation we produced. Every background was replaced and about 80% of the show has some form of animation. Jeffrey was the sole animator and worked with Gene Warren III on the composting aspect. There were a handful of artists who worked directly with Wendy and Emily on their side of the production.

Can you tell us how the animation was produced? Was any stop-motion involved?

Surprisingly, there was no stop-motion created for the show. For the opening titles, Jeffrey photographed live elements of the vehicles, gears, vegetables and fruit rotating against a greenscreen and composited them in Adobe AfterEffects. These elements were shot at our studio facility. The characters were brought to life with the puppet tool in AE. 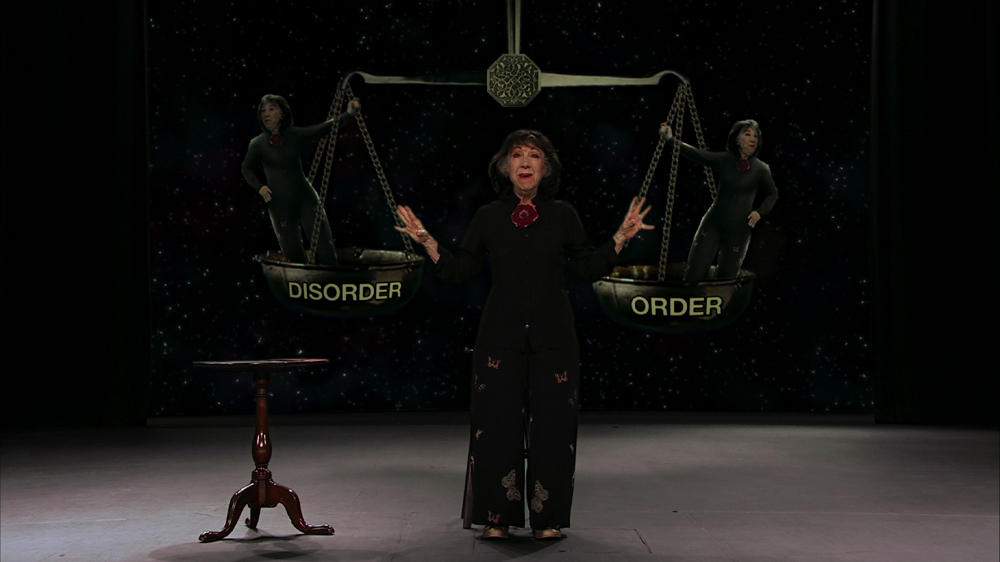 How long did it take to produce the animation?

We started working on the project in 2010 and finished up in late 2018. There were many starts and stops all the way.

What did you love about working with Emily and on this specific show?

Both she and Wendy were incredible creative partners to work with. Emily was very new to the effects we were tasked to make. She had a strong vision of how the animation would interact with her performance onscreen but gave us incredible leeway to add comedy to the animation. Emily kept us on task in that way. Wendy was a wonderful conduit offering insightful critique and direction throughout. 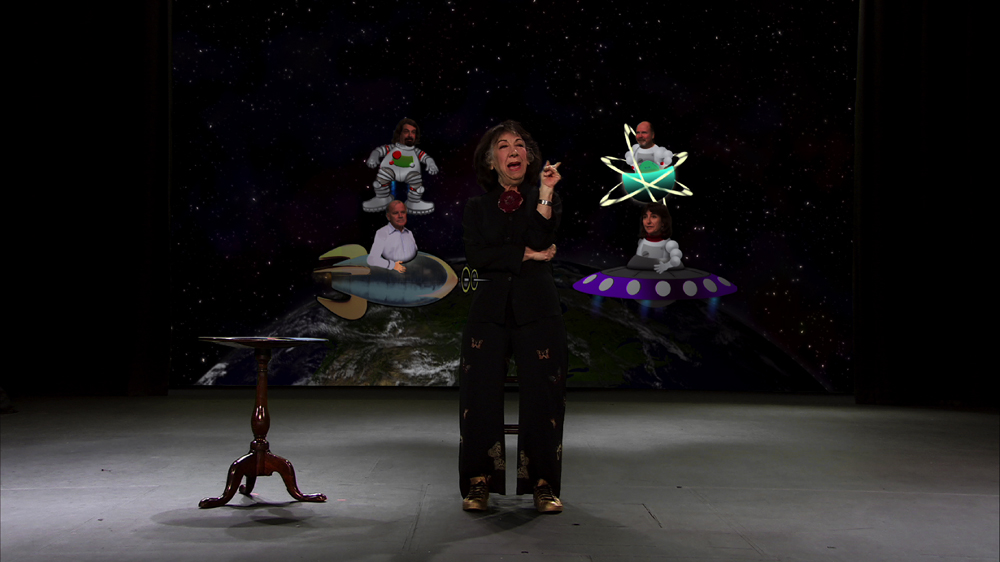 What was the most challenging aspect of this production?

Our challenge was to bring some cinematic scope to a one-woman stage show and add insight to the live performance with characters and animation. The images we were creating were there to reinforce and illustrate the concepts Emily was discussing. There was a tendency to want to do more, have more fun with the characters and animations. We always had to keep ourselves in check to make sure we maintained the proper tone.

Why do you think animation worked so well on this show?

For the opening title sequence, the concept started with Emily zooming through time and space to get to the stage to do her show. We wanted her to zip through the galaxy like George Jetson from Hanna-Barbera’s The Jetsons. The action was blocked out with storyboards, but Jeffrey embellished the idea by adding all kinds of crazy elements for Emily to rip past. It involved shooting a lot of practical elements in various positions that were later manipulated in After Effects. It’s an incredibly fun opening for the film. 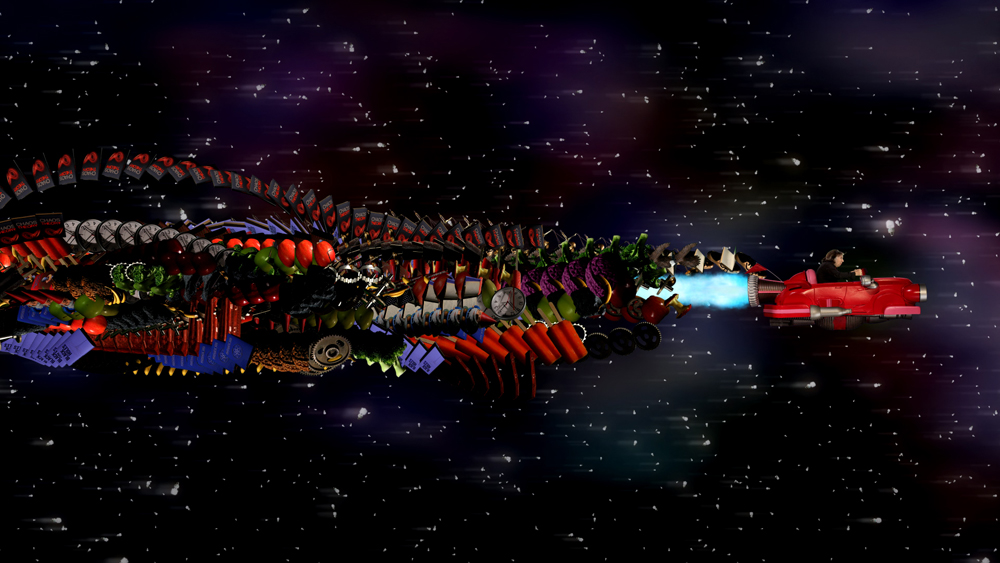 What do you personally love about Emily and her outlook on life?

Emily was a wonderfully warm person. A brilliant mind; a rare talent. Her words are prophetic. The topics and concepts she was discussing during the time we were making the show are as pertinent today as they were then. Her positive attitude throughout the entire process was truly inspirational. Whatever hurdle that was put in front of her didn’t deter her. She persevered through it all. The last conversation with her was a series of emails where she told us she was sick again and the road ahead was going to be a tough one. We wrote back asking her why she had to take the title of her movie, Emily @ the Edge of Chaos, so literally. She responded that she was glad someone else had her same macabre sense of humor. We were glad she took it in that way, and we had one final chuckle together. The show is a great tribute to her, and we are very proud to have been a part of it.

Emily @ the Edge of Chaos opens in virtual cinemas on May 7 through Kino Marquee; find screenings at https://bit.ly/emilychaos.