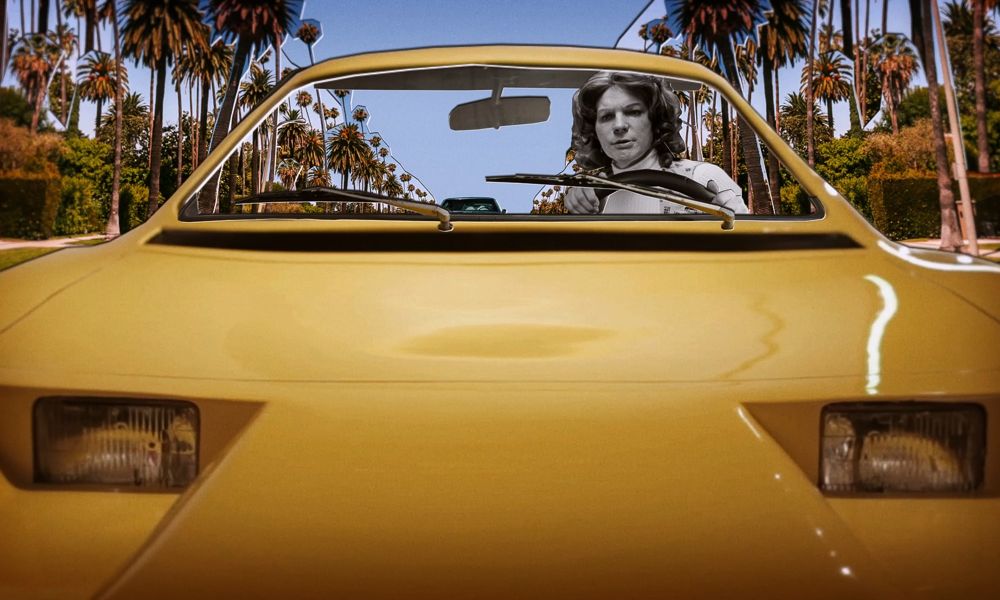 The Lady and the Dale (Courtesy HBO)

HBO’s new partially animated docu-series The Lady and the Dale traces the story of audacious entrepreneur Elizabeth Carmichael, who took the world by storm when she released a super fuel-efficient three-wheeled vehicle in the midst of the ’70s gas crisis. Executive produced by The Duplass brothers, the series is co-directed by filmmaker Nick Cammilleri and trans woman artist, producer and LGBTQ activist Zackary Drucker, and features amazing animation and animated re-creations from the talented team at Awesome and Modest. We chatted with Sean Donnelly, director of animation for the series, which uses actual photographs and cut-out animation to tell the story of this intriguing character. Here is what he told us.

Can you tell us how you came upon this story?

I was initially asked to do a few animation tests for the project along with a couple of other animation companies during a research and development phase. It was great to have the time to play around a little and to hone in on a style. We even ended up using one of the tests we made in the first episode.

When did you decide to use animation to tell Carmichael’s story?

Originally the team had planned to use a mixture of animation and live reenactments to fill in gaps in the story, but when COVID hit, they decided to lean on animation to tell as much of the story as possible since they couldn’t shoot anything in real life. I think the photo cut-out animation style was a great tool to tell Liz Carmichael’s story because we were able to use all of the actual archival photos of her and the people in her world and bring them to life.

How much animation is used throughout the show?

It’s close to an hour of animation across the four episodes.

How did you collaborate with the film’s directors?

We would go over a scene together, and Zackary, Alana [Carithers, exec producer] and the editors would explain what they were thinking for it. I would then work on an animatic, which is a fancy word for some crappy, scribbly drawings that were timed out to the audio. We’d then have another power Zoom call to go over the animatics and get their feedback. We’d go back and forth adjusting the animatic until everyone was happy with it and then we would move into the animation phase. After a shot was animated, we’d then move it to the compositing stage where our team would color correct everything and give it the finishing touches. 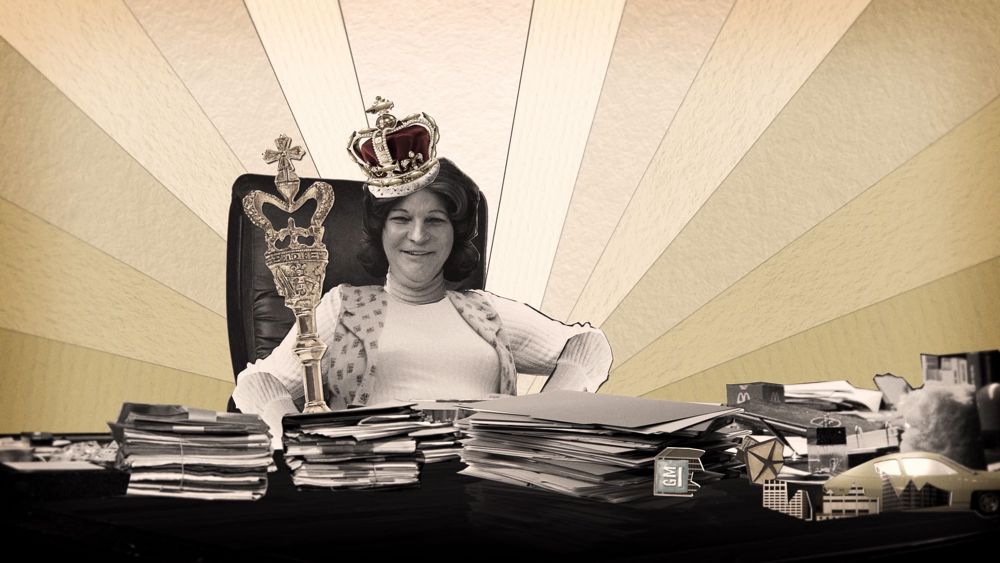 The Lady and the Dale (Courtesy HBO)

How many people worked on the animation and how long did it take to produce?

It took us a little over six months to do all the animation with a team of about 20 people. Everyone was working remotely due to COVID and we were able to work with people in rural Oregon, N.Y.C., the U.K., Brazil and Korea.

We shot some scenes practically with real paper using stop-motion, but because of time constraints and how much we needed to produce we mostly used After Effects to try and match the look of stop-motion the best we could. We used a lot of paper textures, and added drop shadows to everything to make them look like they were shot with an overhead camera on a flat surface. The main rule we had was that we couldn’t do anything in the computer that wouldn’t be possible to do practically. (No feathered masks, no lighting, no 3D camera moves, etc.) It became a fun creative challenge to figure out how to do all those things using different pieces of paper and other work-arounds like that.

What do you love about using animation to tell a complicated, true story?

I love that you can plan it all out and make a long scene where everything flows together. Even if we had all the archival footage in the world, you’d have to keep cutting every two seconds and it would likely be pretty disorienting. I also love that with animation we can push the series to more heightened and surreal places. Sometimes we animated things as realistically as possible (courtroom scenes, etc.), but other times we took a much more dreamlike approach and would take advantage of creating spaces you could only do in animation.

I love people like Michel Gondry, Shynola and Encyclopedia Pictura who are always playing around with different styles and pushing what the medium can be.

Can you tell us what you love about using animation in documentary filmmaking?

For one, I think it’s a great way to build an original style and tone for a documentary. I also think it’s a great opportunity to play around with some more experimental animation techniques, as long as they are all working to help tell the story. These days, a lot of documentaries are using animation to help bring things to life that they don’t have footage of, and I think that’s great, but I think it’s really important to each movie to try and have their own approach that helps create a unique look and feel that best suits their subject matter.

What was the big lesson you learned from the experience of working on The Lady and the Dale?

Logistically, I learned a lot about how to work with a big team like this. It’s not that easy to get a big team of people on the exact same page and make all their different shots have a uniform and consistent look. We ended up building a lot of these steps into the final compositing stage, and that process ended up taking just as long, if not longer, than the animation stage. Creatively, I learned how to be more loose and flexible. As I started to understand the story and the tone better, I felt more comfortable pushing the animation to more creative places and evolving the style and tone as we went along.

The Lady and the Dale premieres Sunday, January 31 at 9 p.m. ET/PT on HBO and HBO Max.