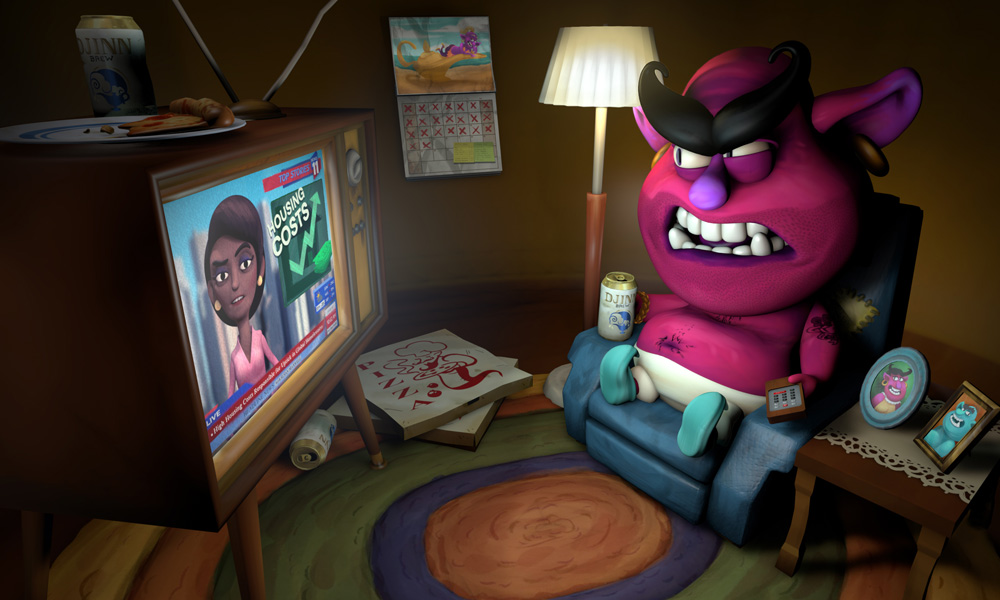 In the lead up to a world premiere this week at the Venice Film Festival, the trailer for a new VR comedy Ajax All Powerful debuts today. The 15-minute comedy, which stars Henry Winkler (Happy Days, Arrested Development, Barry) and Chris Parnell (Rick and Morty, SNL, Archer) is a fully-immersive animated film about a foul-mouthed genie (Winkler) addicted to the human souls he collects after tricking gullible masters. But something is different about the little girl who found his lamp this time: she’s hired a lawyer (Parnell) to negotiate her wishes.

We caught up with L.A.-based writer-director Ethan Shaftel to learn more about this Tribeca- and Annecy-selected project, created by an international team of artists and produced by Beijing-based VR content & distribution company VeeR.

Animation Magazine: Can you tell us when you started working on the project and how long it took to make?

Ethan Shaftel: I wrote the first draft of Ajax All Powerful in April 2019 while I was at Tribeca for the premiere of my VR project Space Buddies. I pitched Ajax to VeeR and started discussing the financing in June. My collaborators and I started making VR storyboards and prototypes during the negotiations and we officially began production in October. We had a solid version of the movie done in time for what would have been our premiere at Tribeca 2020 in April, but because that was cancelled we continued to polish the sound mix, lighting, effects and the behind-the-scenes interactivity into May 2020. So, the project took just over a year, with approximately four months of production.

What was the inspiration for the piece?

I had been thinking about genies and lamps as an opportunity for a VR story because of the fact that genies can change size. The early vision was a movie that starts at micro-scale inside the lamp with the genie, then moves out of the lamp into the room at human-scale for the middle of the movie, and then ends up with the genie growing huge and towering over us at the climax.

I needed a spatial structure as a starting point before I started deciding what those size relationships “meant,” what scale the visitor should be in relationship to those spatial moments, and how to use them to tell a story about power and power-shifts between a genie and a master. In VR, the space around the visitor is the canvas on which I’m trying to express the characters. Every time the visitor changes size and position in the storyworld it is because of a turning point for the characters and their relationships.

How many people worked on the project?

The main production team was five people — Frank Stringini the animator, Scott Wetterschneider the designer, Andy Runyon the developer, McKenzie Stubbert the composer, and me. I did a fair bit of hands-on production on background elements and most of the sound work myself. As the scope shifted and we kept adding new jokes and scenes, we brought in some additional designers and modelers for other characters and props, plus another animator. 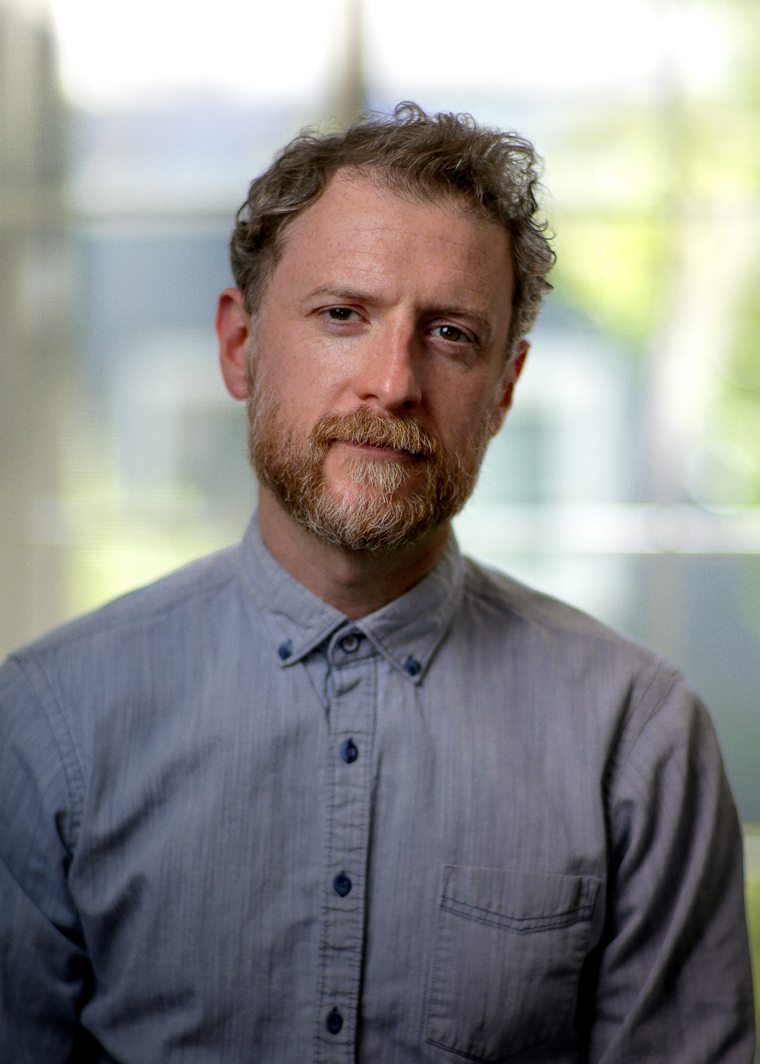 What was the toughest aspect/biggest challenge of the production?

The biggest challenge was the constantly expanding scope. More so than in traditional film, the “writing” process in VR doesn’t really capture the complexities of the medium on the page. You can write a script, but until you have an actual VR prototype that you can experience spatially in the headset, you don’t really know what you are dealing with. We had done some prototyping during the writing process, but once we got into actual production and iterating on drafts, that’s when the best ideas started coming — funnier jokes, additional scenes, etc. In animation, a new gag could mean new props to design and model, while new scenes require whole characters and environments.

And because it’s VR, every environment is a complete space in all directions, not just a simple backdrop. There are multiple characters in this movie that had to be drawn, modeled, rigged, animated and voiced that are onscreen for less than 10 seconds total. We had a very modest budget for how ambitious the project was already, but when an obviously good idea for an improvement comes up, it’s really hard to walk away from it without trying to make it happen. I’m just so grateful to the team for really stepping up and pushing to get those additions produced.

Ugh, I hate that question! If the answer is a million dollars then you’ll wonder why I couldn’t manage to make something better, and if the answer is $50 dollars you’ll think I’m a genius. The truth is in the middle (much closer to the latter, believe me) but maybe I’ll opt out of being explicit at this stage and let the work speak for itself! 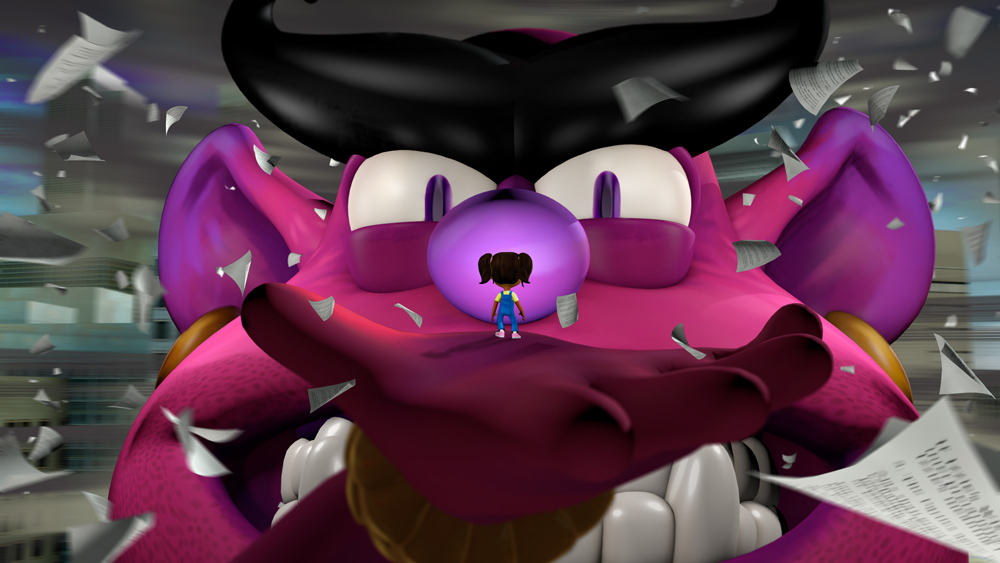 The more interesting question with this particular project may be what I hope the audience doesn’t notice — there is a lot in Ajax that is meant to be invisible. For instance, the visitor in the headset changes scale and position many times as I’ve said, but most visitors only notice the few big scale changes that are obvious. I don’t want them to notice the rest, I just want them to feel the change in space as it enhances the character moment. I also don’t want them to notice all the behind-the-scenes interactive triggers that keep the pace tight, the camera movement working as intended, and the punchlines happening just as their eyes fall on something. I definitely want them to laugh, but what I’m hoping is that the language of immersive comedy that I’m trying to develop remains invisible.

What is your take on the state of VR animation in 2020?

I’m only sticking my head above water right now after completing Ajax, so I don’t have a good answer for that. I’m hearing about really exciting work being done out there and projects I want to see, but the festival cancellations this year are a huge set back to indie VR creators like me. The funding of my next project is always so tied up with the launch of the previous one — and the type of conversations you have at a festival premiere with possible partners. So I’m looking ahead eagerly (like everyone else) to see what the “new normal” will be and when we as an industry can start meeting up again in real life.

I don’t know if I have a “biggest” lesson, but on every project I’m struck again by the power of iteration. You’ve got to get the first draft done, share, review, get feedback, then execute every improvement you can think of to the best of your ability. I try not to give in to the thought of “I’ll fix that later” or “don’t bother polishing at this stage” and just focus on trying to delight whoever the next person is to see it. When I look back at earlier drafts, I’m shocked at how bad it was, when I know I thought at that point that it was getting pretty good!

What do you think the future holds for VR technology?

The most useful answer to this is probably very short-term, because everything else ends up science fiction. Right now, the Oculus Quest is the most exciting platform in my opinion. It’s compelling to those of us working on VR narrative because it represents a bridge out of the world of VR games to non-gamers that would be interested in something like Ajax All Powerful if they had access to it. I’m all for games in VR but that’s not what I do, and I don’t even think the gaming audience would find what I do particularly compelling. For VR narrative to take off, a lot of people outside gamers have to have access to the content, and that only happens with cheap stand-alone gear.

Aside from that, I’m trying to keep my head down and work on content at a low-enough budget to be sustainable for financiers so that by the time (cross your fingers) there is a decent sized audience for work like this, I’ve solved some of my own narrative questions and have a few tricks up my sleeve.