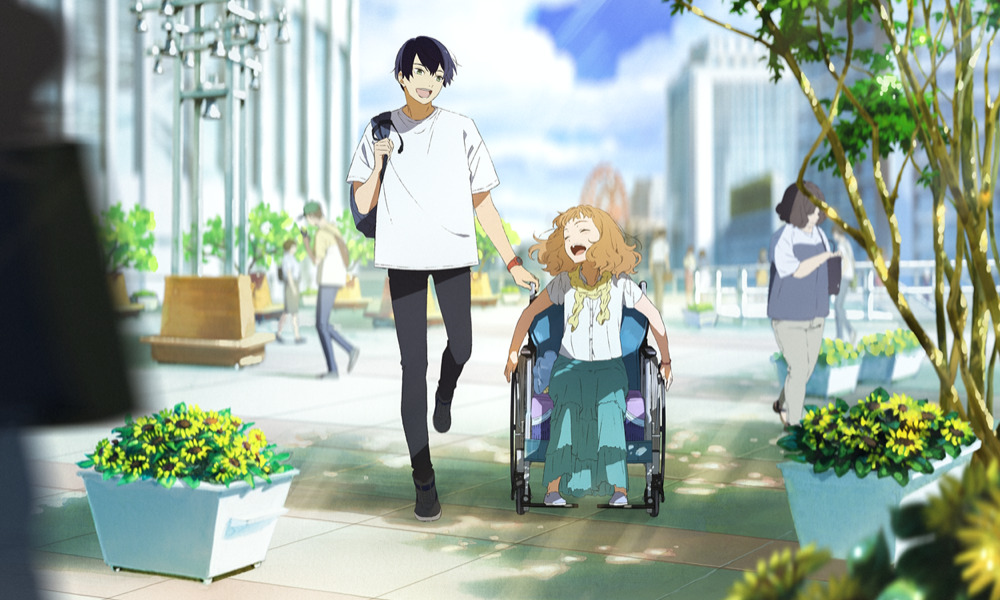 Josee, the Tiger and the Fish (courtesy of Funimation)

Japan’s animation industry is often praised for its facility with tackling adult topics with great depth of feeling and dedicated artistry. One of the stellar examples of the past year under consideration for a 2022 Oscar nomination, Josee, the Tiger and the Fish, embodies all these qualities. Produced by studio Bones and released stateside by Funimation, the story follows a college student (voiced in the English version by Howard Wang) who unexpectedly becomes the caretaker of a sullen young woman (Suzie Yeung) who uses a wheelchair and rarely leaves her house — through a budding romance and the will to dream, they both experience the world in a new way.

We recently had an opportunity to discuss the inspirations and impact of the film with director Kotaro Tamura (Noragami series director), who brought author Seiko Tanabe’s story to life with the help of screenwriter Sayaka Kuwamura. Here’s what he told us: 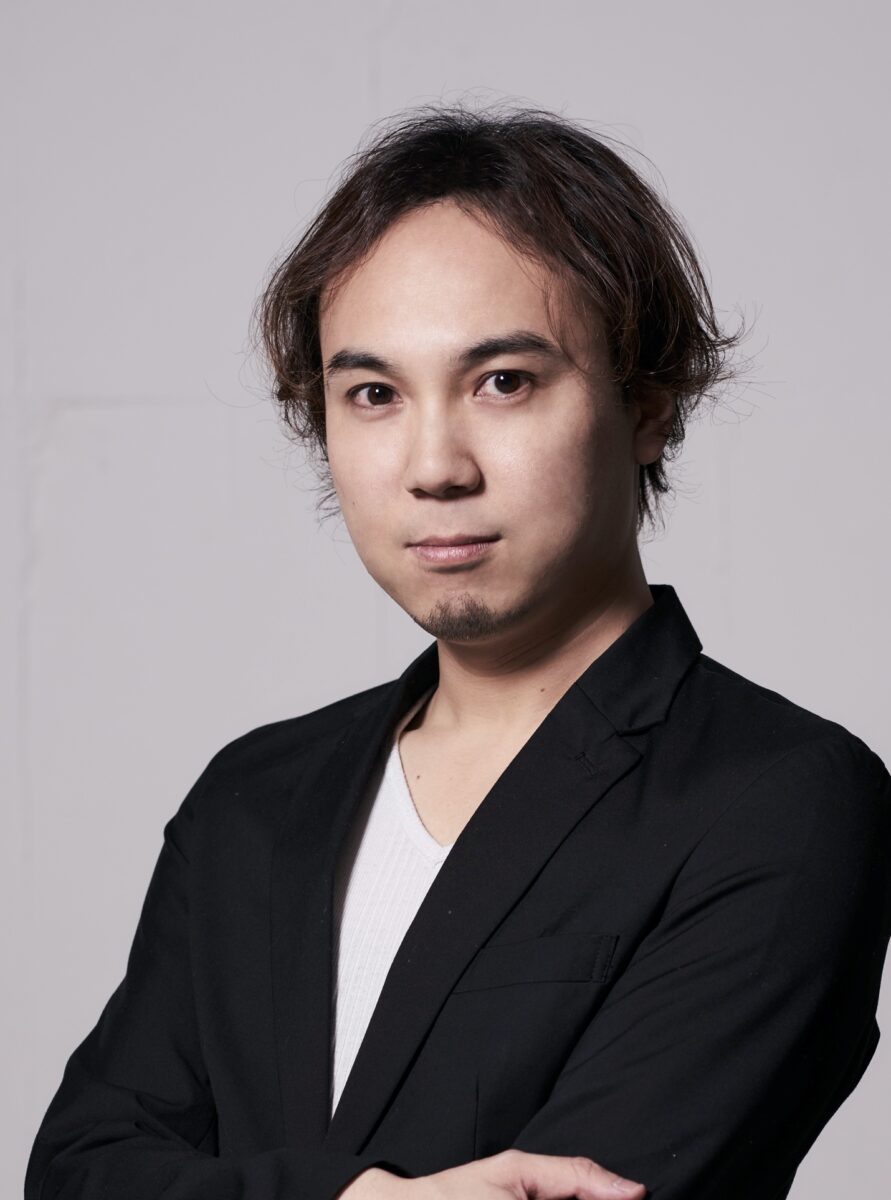 Animation Magazine: Can you tell us what brought this project to your attention?

Kotaro Tamura: There were talks about making one of the literary works that Kadokawa has into an animated film, and I chose that title. I had read many of the candidates for this project, and Josee, the Tiger and the Fish was one of them. Though the novel was written in 1984, the characters were very charming and full of life. It could be because the original novel was a short story, but it was a very mysterious story where you think something is going to happen and it just ends with that feeling. My imagination then went into overdrive.

What did you love about creating the adaptation?

The approach and interpretation of this novel changes with the times, and yet, it also poses a universal question that transcends time. By rewriting and recreating the story to fit with the times, I felt that it would definitely resonate with the audience. 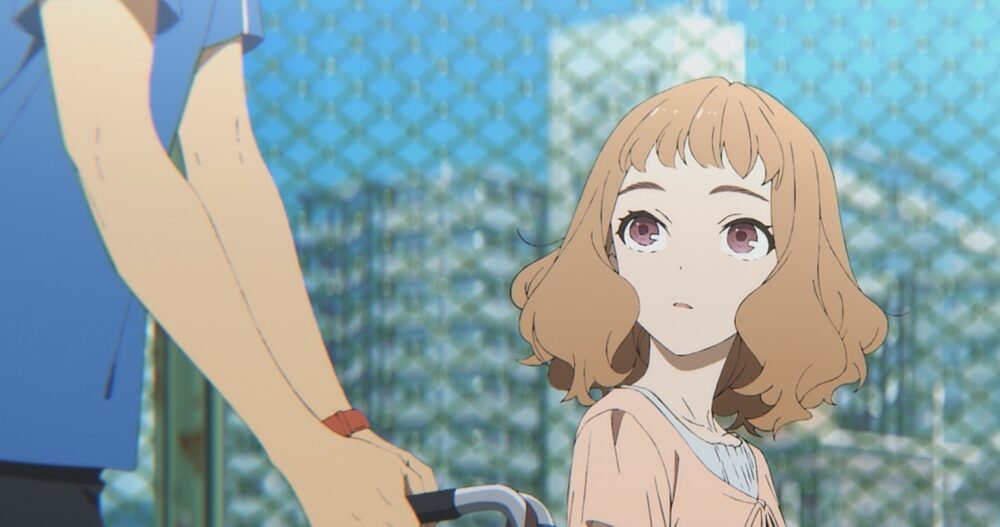 How long did it take to produce Josee, the Tiger and the Fish? How many people worked on it?

It took four years to complete this project. It took one year to finish the script and another year for the storyboards to be completed. Originally, it was supposed to premiere in the summer of 2020, but because of the pandemic, it was completed six months later. The film premiered in Japan in December of 2020. There were about 200 staff members involved with the production of this film.

What was the visual inspiration for the movie?

Can you talk a little bit about the message of the movie? Of facing your fears and reaching for your dreams?

When I read the novel, I got a very bright and eloquent feeling from it. Despite everything that Josee had been through in the past, she is able to feel fulfilled in the present through the time that she is spending with Tsuneo. But even then, it appeared as though she was still feeling some anxiety. What is this anxiety? When I thought about that, I figured out the themes that would be appropriate for a feature-length film.

The first is that Josee only has fleeting dreams in the novel, like wanting to see a tiger or wanting to go to the aquarium. Another is that I thought that Josee’s only way to connect with society is through Tsuneo. That’s where Josee in this film starts off, as well. But because she starts to go out more because of Tsuneo, she makes a friend named Kana. Though it’s not a huge leap, she’s able to become a bit more sociable. The introduction to the film is “eventually, Josee will…”

The original novel was written in 1984. Currently, the societal conditions for disabled people have changed dramatically. Though Josee is physically disabled, I think everyone has something big or small plaguing their hearts. I tried to find a more current answer with this film to the theme that the original novel had pondered. Just like Josee opened the doors to a new world within this film, I hope that the audience is able to face their own tigers and fish and take a new step forward.

Can you tell us how the animation was produced? It looks like a mix of hand-drawn and digital animation … Which tools were used?

What was the most memorable reaction to the movie that you received?

Someone who lives in Sydney wrote about seeing the movie in their blog. They mentioned that everyone laughed at the parts that were supposed to be funny and cried at all the parts that were supposed to be emotional, and that there was a standing ovation after the movie was over. This wasn’t even at a film festival or premiere with the staff or cast, so it made me really happy hearing that it had that kind of a reaction.

Who are your greatest animation influences?

I think out of the directors I’ve worked with, I’d have to say Takahiro Omori-san, Akiyuki Shinbo-san, and Mamoru Hosoda-san influenced me very much. They all have completely different styles, but I learned how each of them approach their projects.

What is your take on the current state of animation in Japan — and around the world?

I feel that Japanese anime is popular — but, at the same time, I believe that the genres and themes are extremely limited. I don’t think that projects that are meant for a more mature audience are that widely accepted yet. I hope that this film will serve as a stepping stone for more diversification.

Josee, the Tiger and the Fish is one of the  26 animated feature contenders for the 94th Academy Awards. Funimation released the film in U.S. theaters in November and will issue the Blu-ray on February 8, the same day the Oscar nominations will be announced.